My eldest boy and I are grand mothers.

I've been meaning to write a mothy post for a wee while now - and as I found a lovely moth caterpillar in the garden today, I thought, well... today might as well be the day I pen a few notes on three species of moths my eldest boy (Ben) and I (errr... me) have found in the garden this year.

Our wonderful hornet moths - which I've been waxing lyrical about now, all summer it seems.

Ben and I have been collecting the discarded exuviae of the hornet moths since it became obvious that perhaps a dozen or more moths would emerge from the roots of our largest poplar this summer.

The photos below (taken a few minutes ago - in early September - now that this year's cohort of emerging hornet moths have all definitely emerged (and left)) shows that between us, Ben and I collected TWENTY SIX exuviae (and three cocoons - top right of the photos). 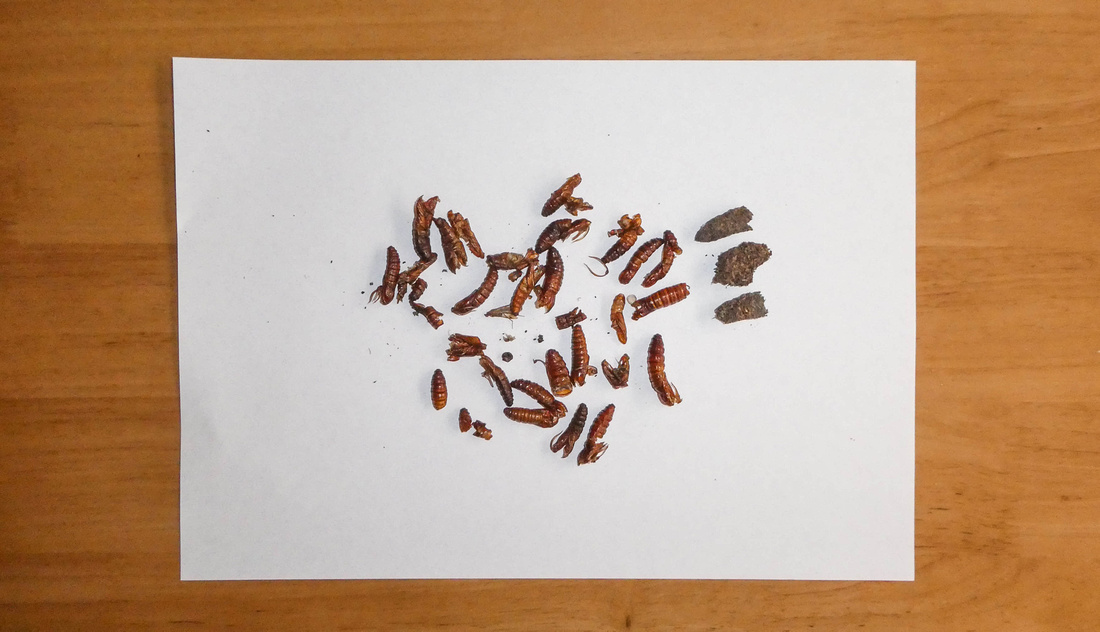 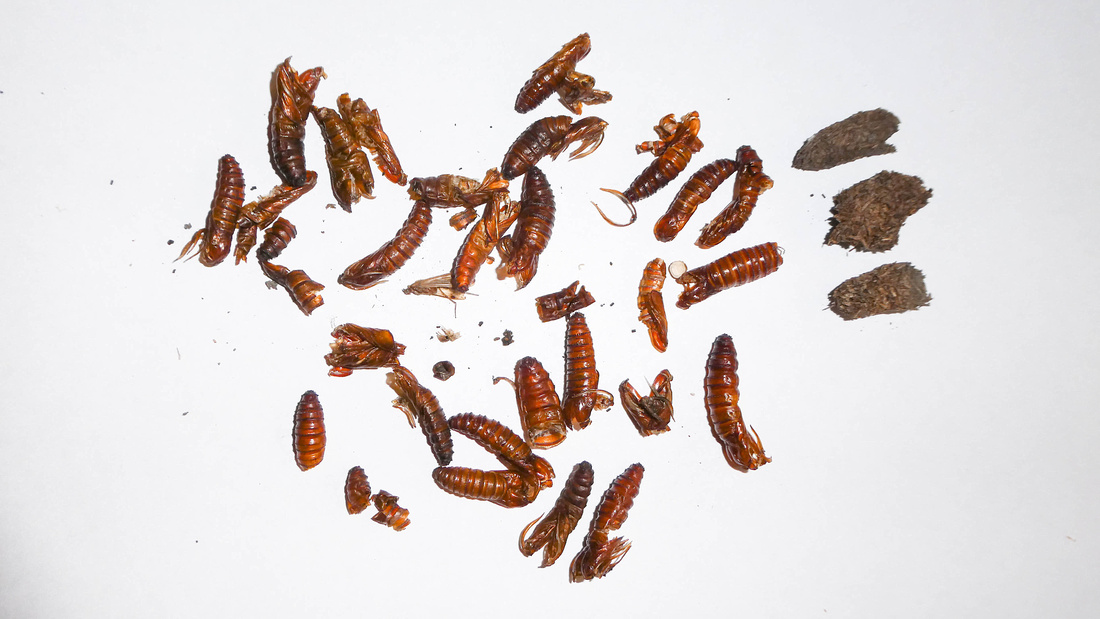 I don't suppose for a second that we found ALL the discarded exuviae of these rather wonderful moths this summer in our garden; I mean, they're often hidden in long clumps of grass or under leaves etc; so I'd guess that perhaps forty or more hornet moths emerged from our poplar trees in our garden this year.

We'll CERTAINLY be on the lookout for these moths next summer. But we won't be driving to a potential site ten miles away. Oh no. We'll just be poddling up the garden in our PJs.

The owner of those superb antennae that provided the cover photo for this blog.

Laydeez and gennelmen, may I present to you, a male Gypsy moth. (Yes yes, a bit like Francis Chichester's GIPSY MOTH if you're of a certain age). 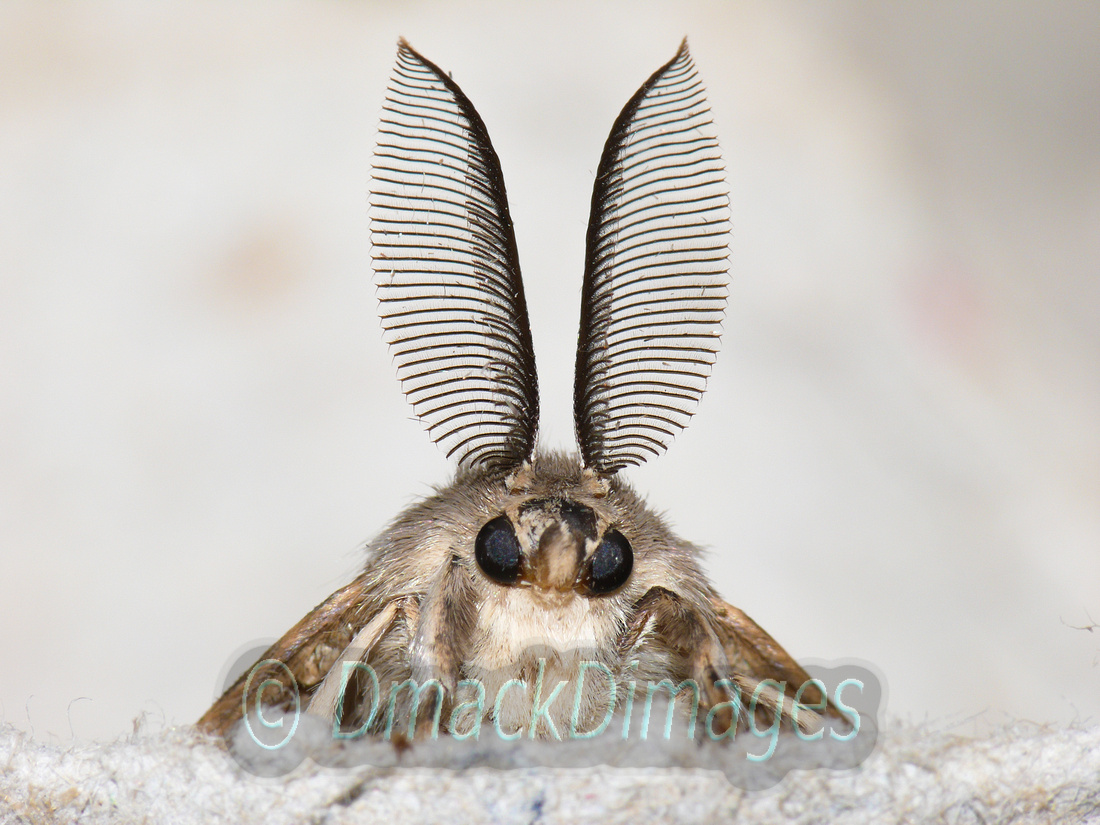 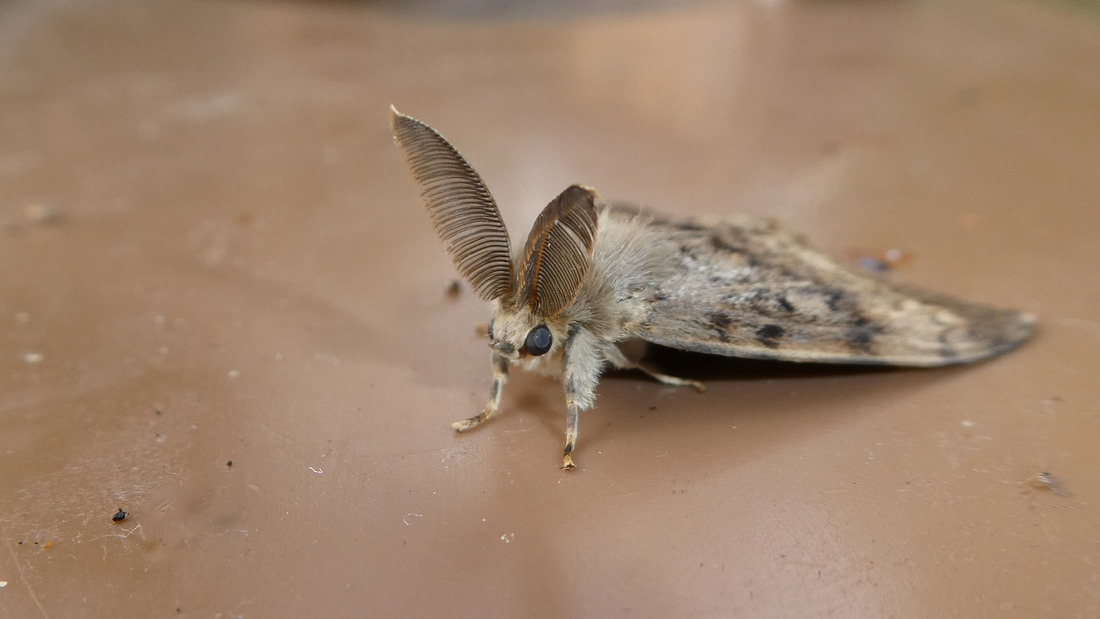 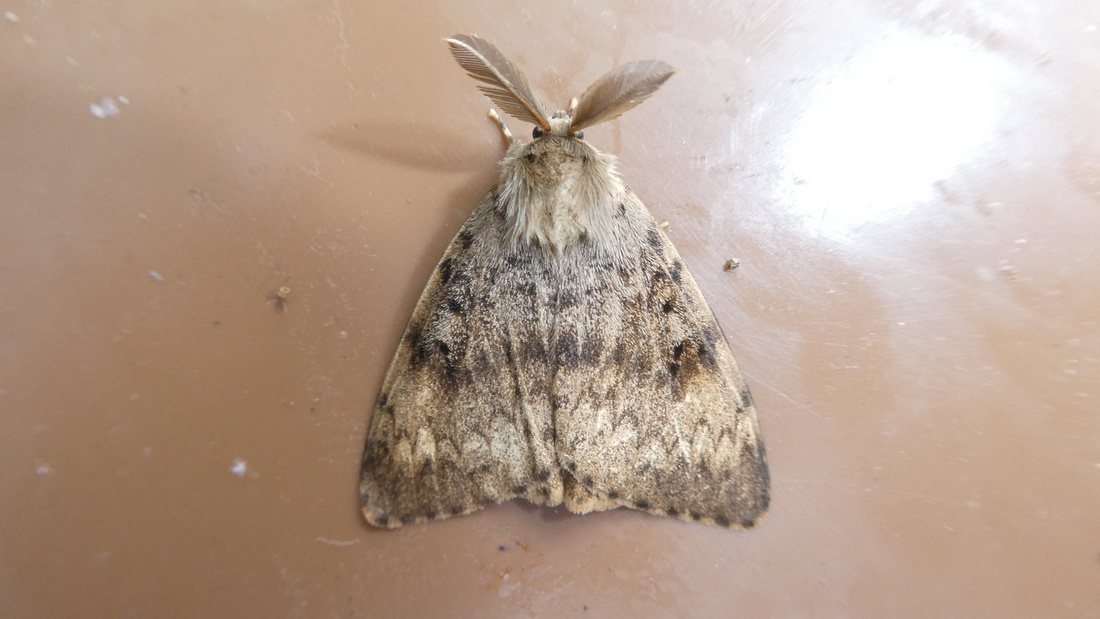 This is because this moth is well known as a pest and a defoliator of certain deciduous trees (it can kill the tree if the tree is small) and exhibits sexual dimorphism (the males and females look very different).

Well... Ben and I aren't too bothered about finding a few gypsies in the garden - Ben loved seeing this big male moth with its huge antennae - and has named this, his "long-eared owl moth" as his favourite moth of the year. Each to their own I guess!

I finished my static bike session in the garden after work and noticed a caterpillar crawling around the hundreds of bonnet mushrooms that have all appeared overnight around the base of the thick trunk of our biggest poplar. 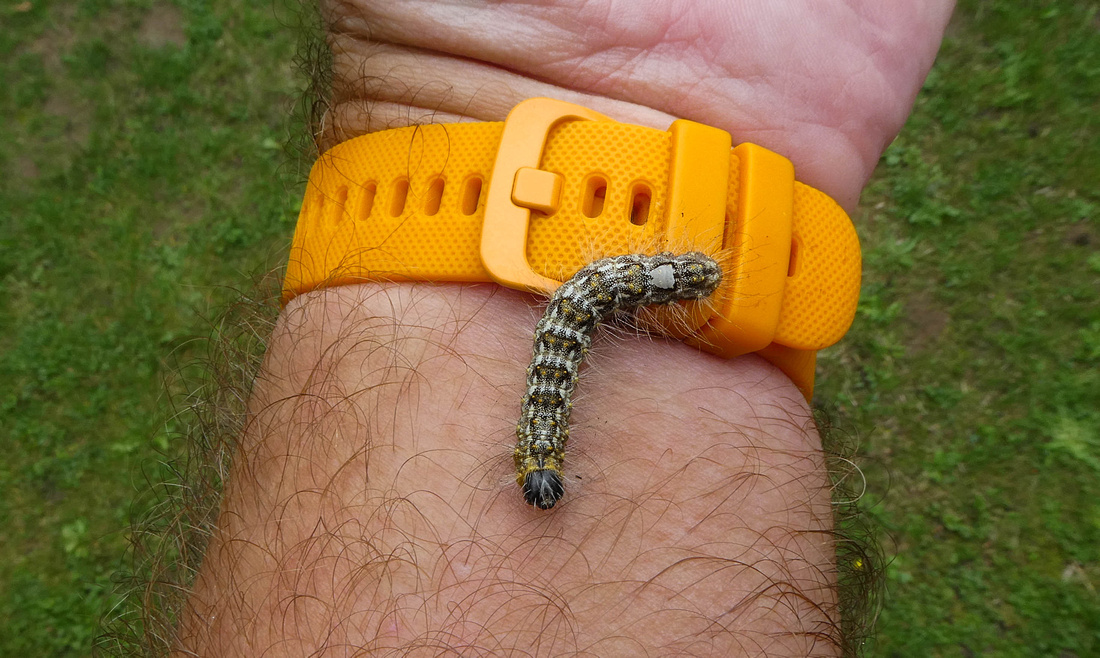 This is a poplar grey moth caterpillar - we've caught quite a few adults in the moth trap all summer.

The poplar grey (moth) has a pretty poor (if you ask me) scientific name of Acronicta ("nightfall"... but as these moths aren't crepuscular, what Oschenheimer really meant was Noctua) megacephala (big head - of the caterpillar that is, rather than the adult moth).

So... this moth was named the "big headed moth of dusk".

Even though it's larval head isn't really that big and it comes out at NIGHT, not at dusk.

And what they all have in common, other than being moths and Ben and I finding them in our garden this year... is that they all LURVE poplar trees.

A bit like our other HYOWGE mothy highlight from this summer eh?

Might I take this opportunity to big-up the humble poplar tree.

Not many peoples' garden tree of choice - but the  wonderful, indicative sound of the leaves rustling in the wind is something you'll never forget if you're sitting under a poplar tree and lots of wildlife just loves black poplar.

That's all for now then.

And as grand at mothing as my eldest boy and me.