Lovely wee beasties - and the latest, yesterday, I filmed and photographed in detail (see photos and extended video clip below). 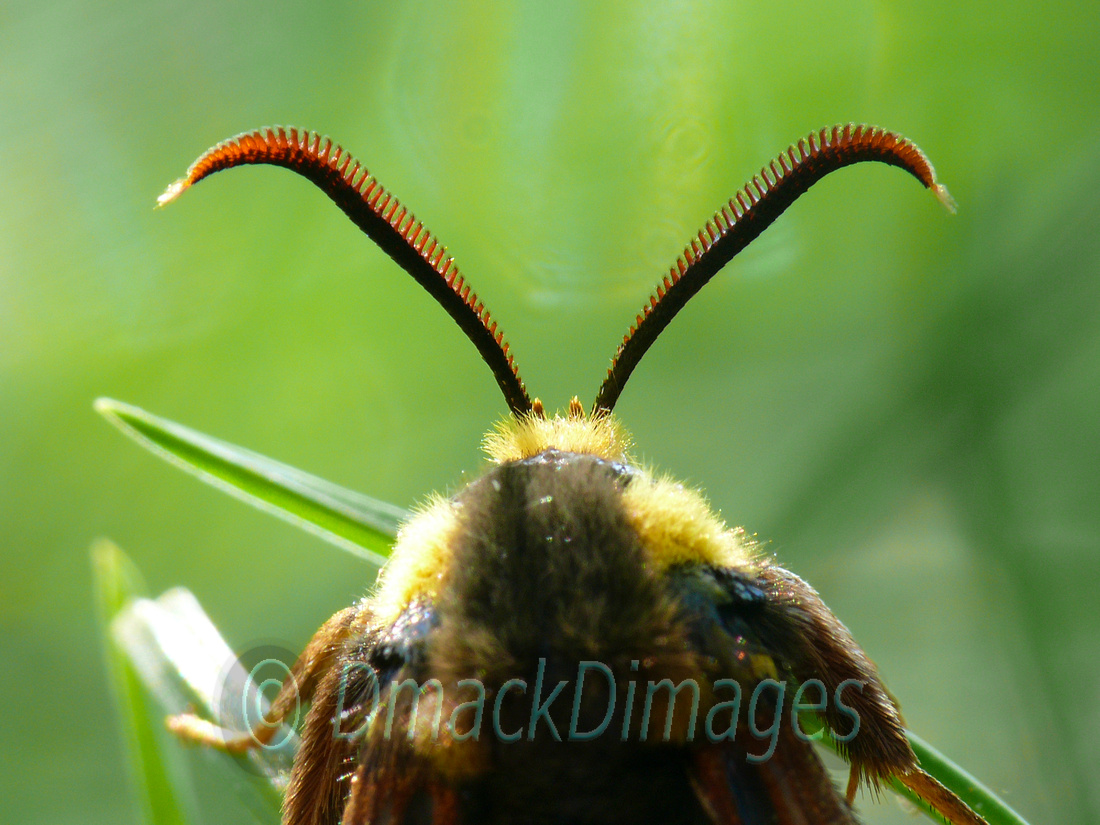 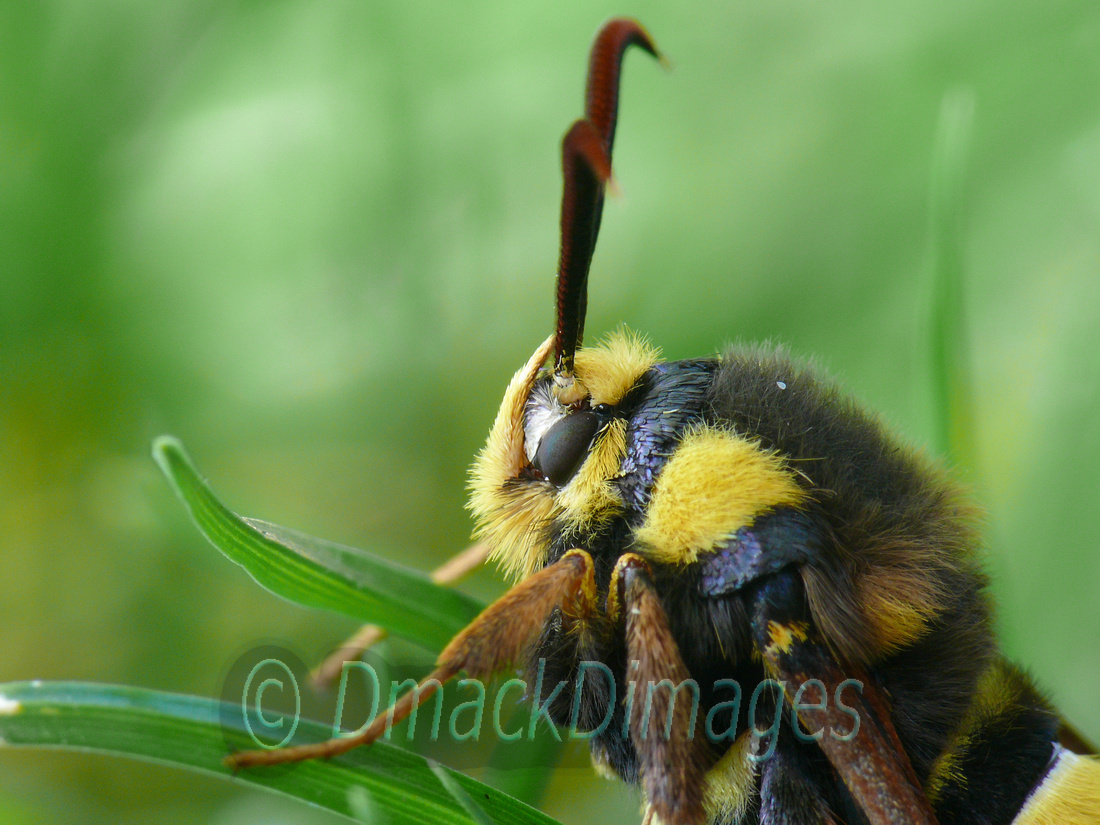 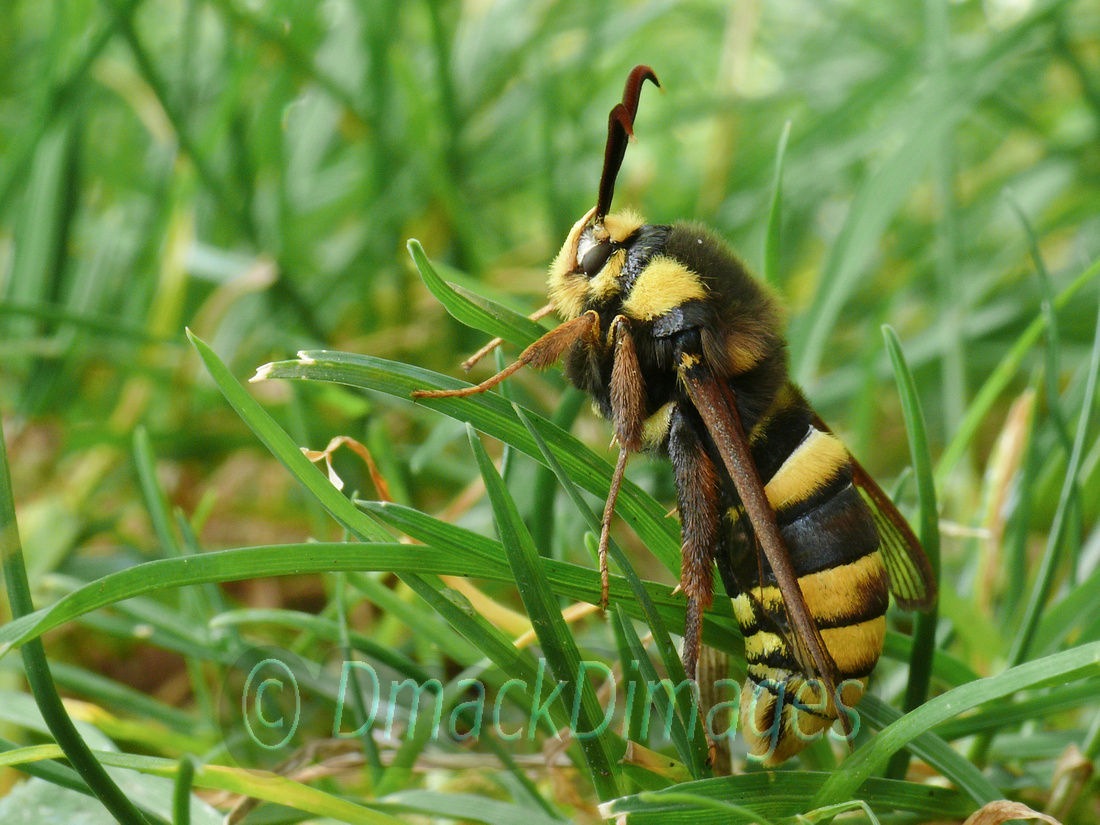 I should point out that in the video below, I slow the moment of first lift-off of this hornet clearwing down to 5% speed and write that it will make it sound like a helicopter. As it DID when I edited the video. That said, I must have ticked the "no sound" box in that particular clip for the finished, edited video, so in the video below, that slowed-down clip is silent I'm afraid and doesn't actually sound like a helicopter. You'll just have to take my word for it, that when you DO slow down the video (and sound) of a flying hornet moth - it really does sound like a "WOP WOP WOP" helicopter.  Honest! 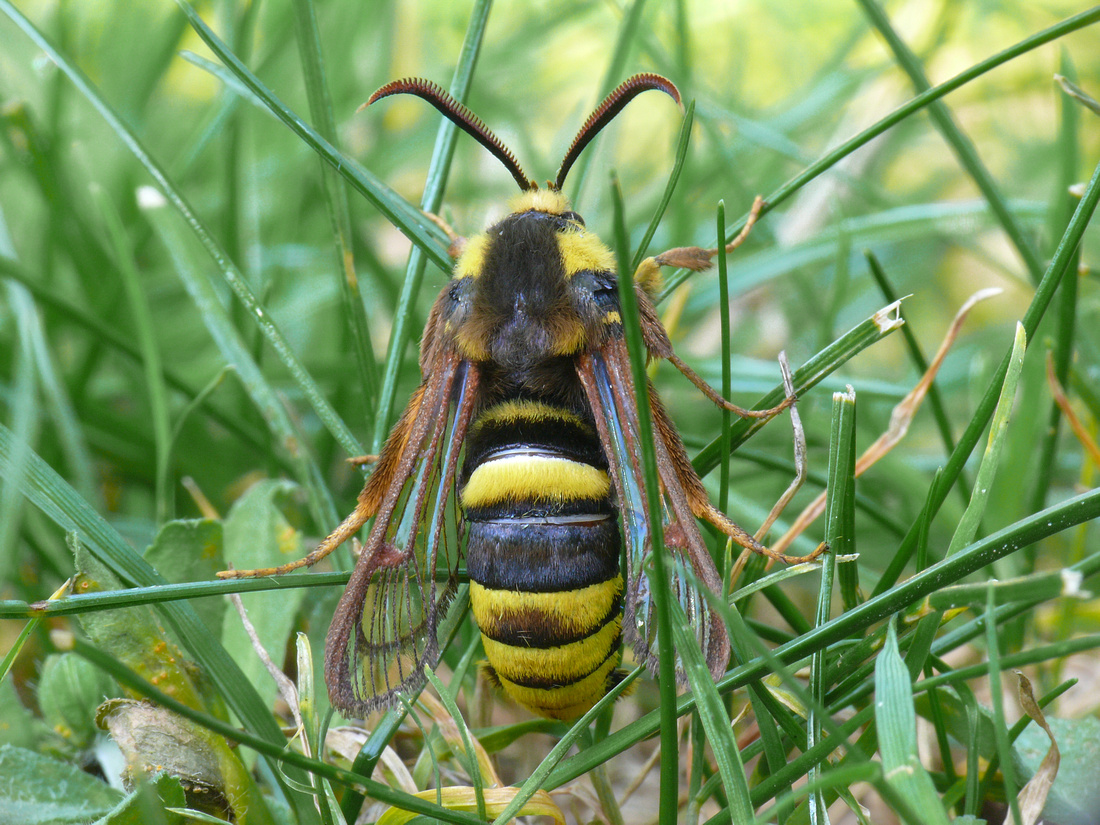 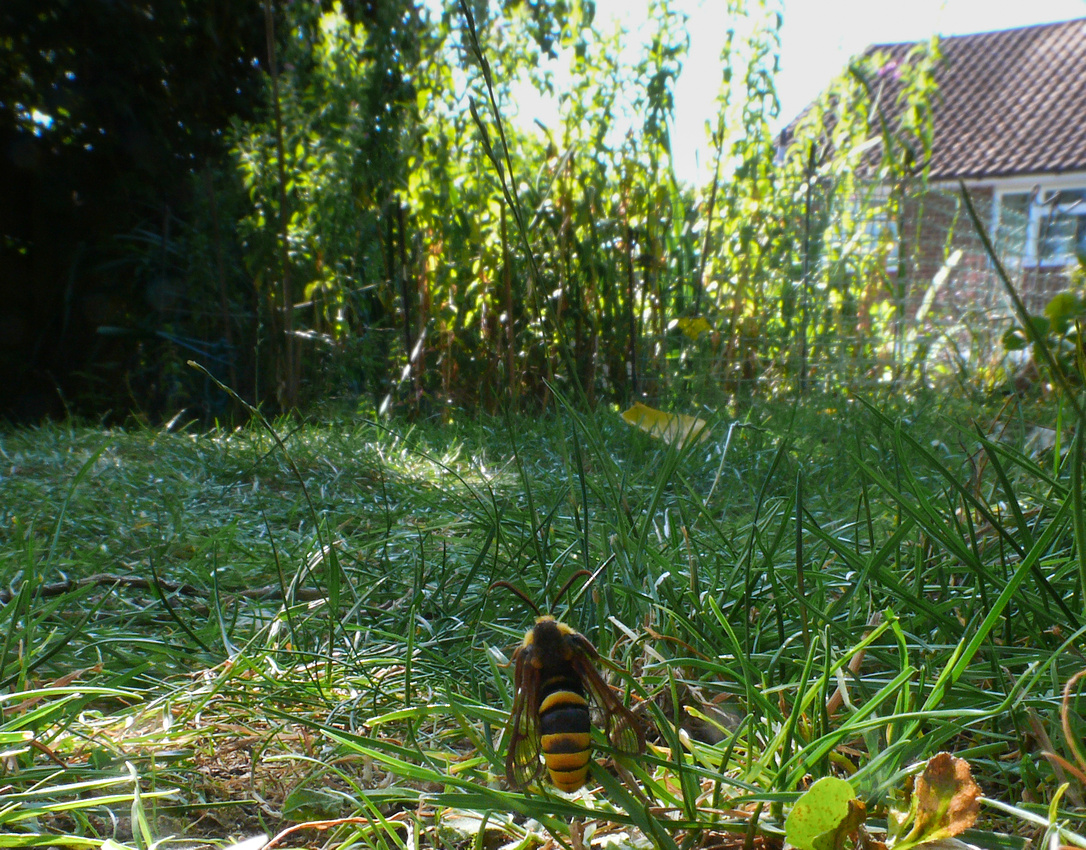 I keep saying to Ben that I really don't think we can expect to see any more emerge now - as it is late July after all. But who knows? We're still checking each morning and will do I think, until August arrives...