Ben gets better and better. A story about "adminicula"...

Yesterday, my eldest boy found a newly-emerged hornet moth pumping up its wings at the base of our back garden's largest black poplar - a wonderful father's day present for me!

He's been bitten by the bug (hur hur) now - and is constantly looking out for more hornet moths.

No adult moth today... but again Ben has produced the goods, by today, almost unbelievably, finding the pupal exuvia of the adult moth he found yesterday.

He asked me to come to see something he'd found this afternoon - claiming it looked like a caterpillar but was probably a stick.

I immediately saw that it was a moth's pupal exuvia, lying on a leaf at the base of the large black poplar tree in our back garden - at a spot no more than 10cm from where I took a few photos of a newly-emerged hornet clearwing moth only yesterday. 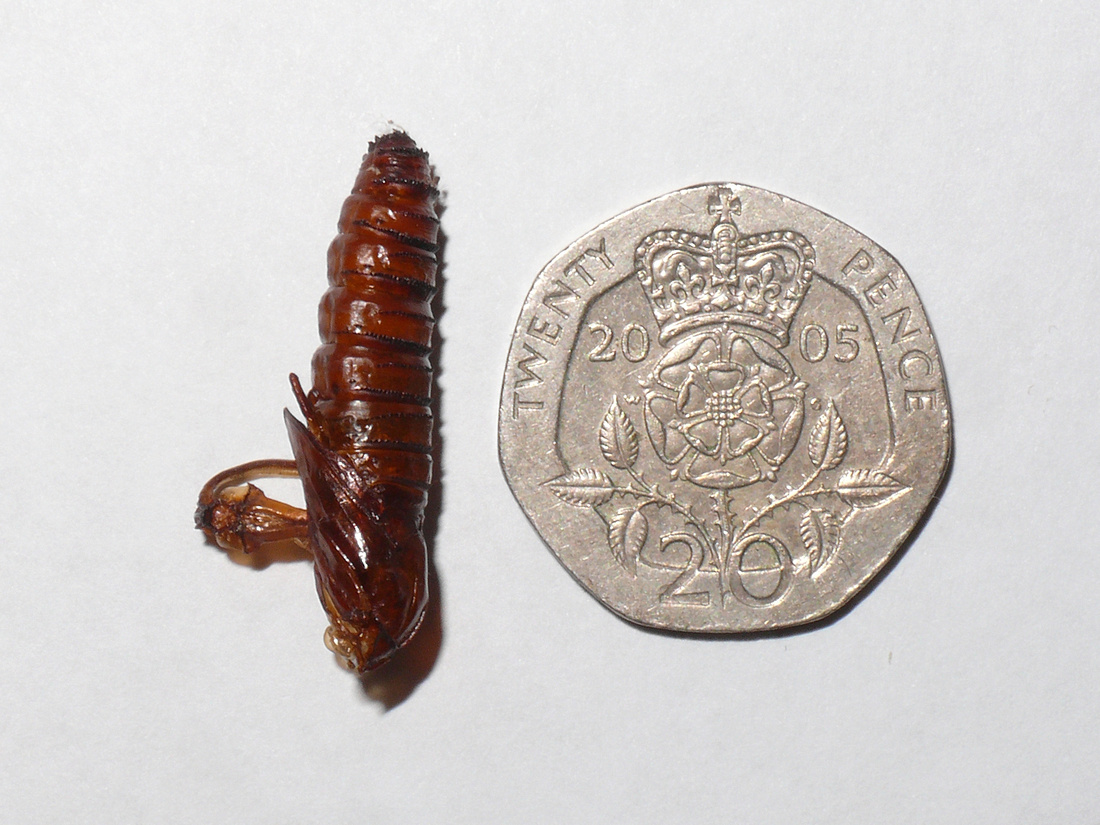 This exuviae just HAD to be the one that the hornet moth emerged from. SURELY?

A close up photo would confirm.

So... below is the close up photo - and the eagle-eyed amongst you will notice the rings of backwards-facing chitinous spines, or "adminicula" to give them their proper zoological nomenclature, along the segments of the pupal case. 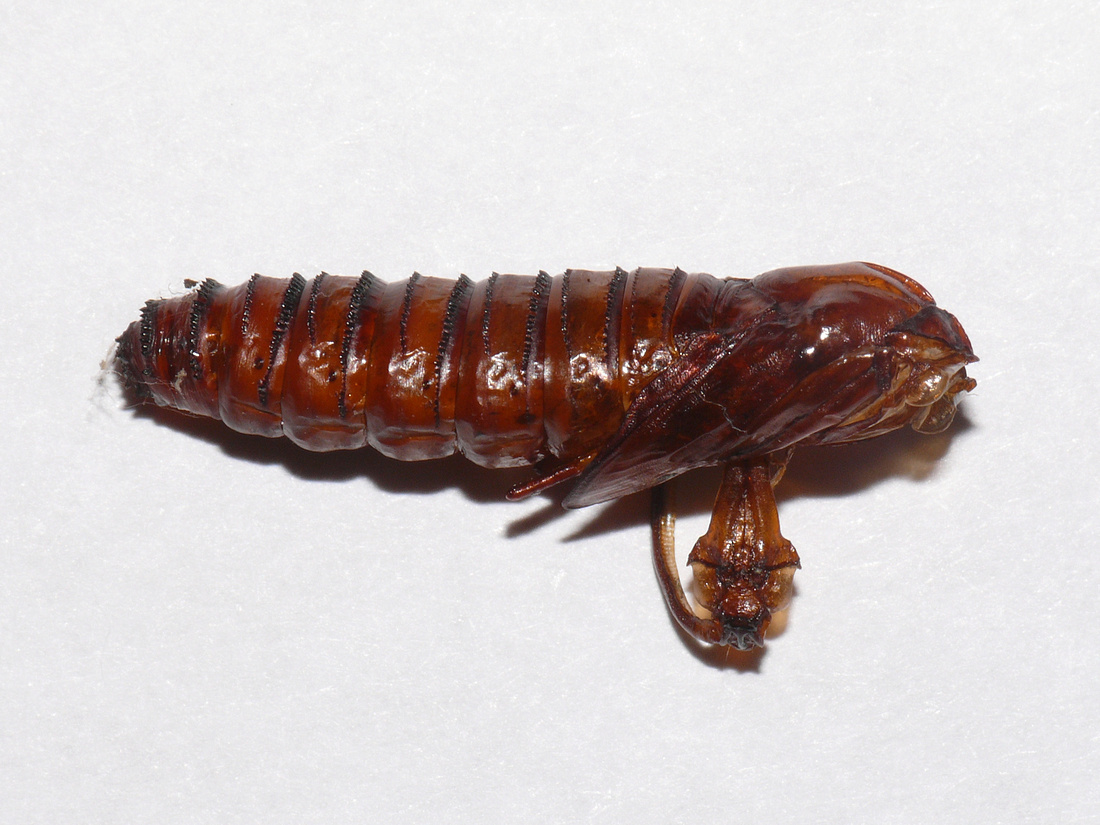 These "adminicula" are there for a good reason on hornet moths' pupae.

You see, they allow (assist or facilitate) the movement (or slow shuffling) of the pupa from its place of concealment (below the bark of a poplar tree), along the bored tunnel, into the great outside - where the adult can pupate. These adminicula act like rows of wee grappling hooks, to give the wriggling pupa purchase along the walls of the tunnel the caterpillar bored through the poplar tree.

REAL experts would be able to count the number of adminicula on the segments of this pupal exuvia and tell you (and me!) whether the adult that emerged from this particular pupa was a male or a female - as the number is specific and different for males and females. But I'm afraid to say, I'm not an expert on these things - and to be honest, even if I was, I wouldn't bother counting anyway.

Why wouldn't I count the adminicula to determine whether our moth was a male or a female?

Because I KNOW our moth was a female.

Bigger and more boldly-marked than the males, our female displayed these bold colours and thick black stripes and also displayed VERY female behaviour when we were taking photos of her - raising her abdomen into the air and emitting powerful pheromones with which to attract passing males (they only have a very short mating window, do these females). 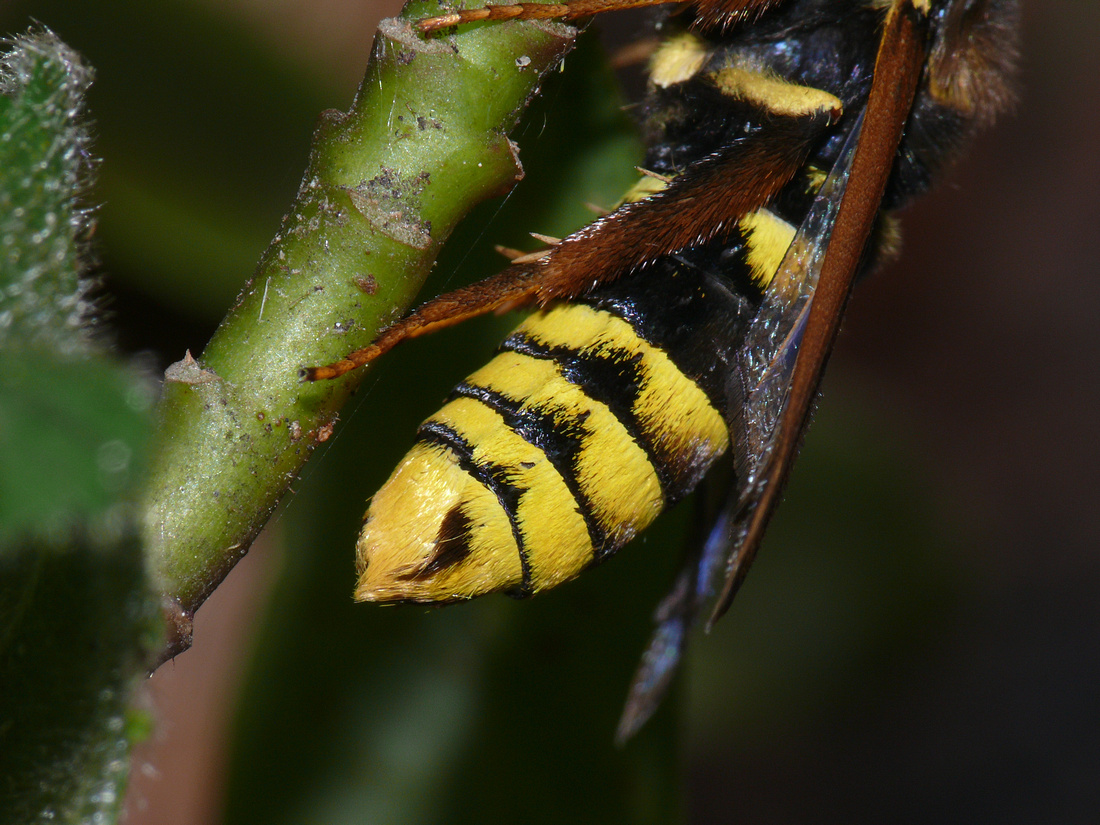 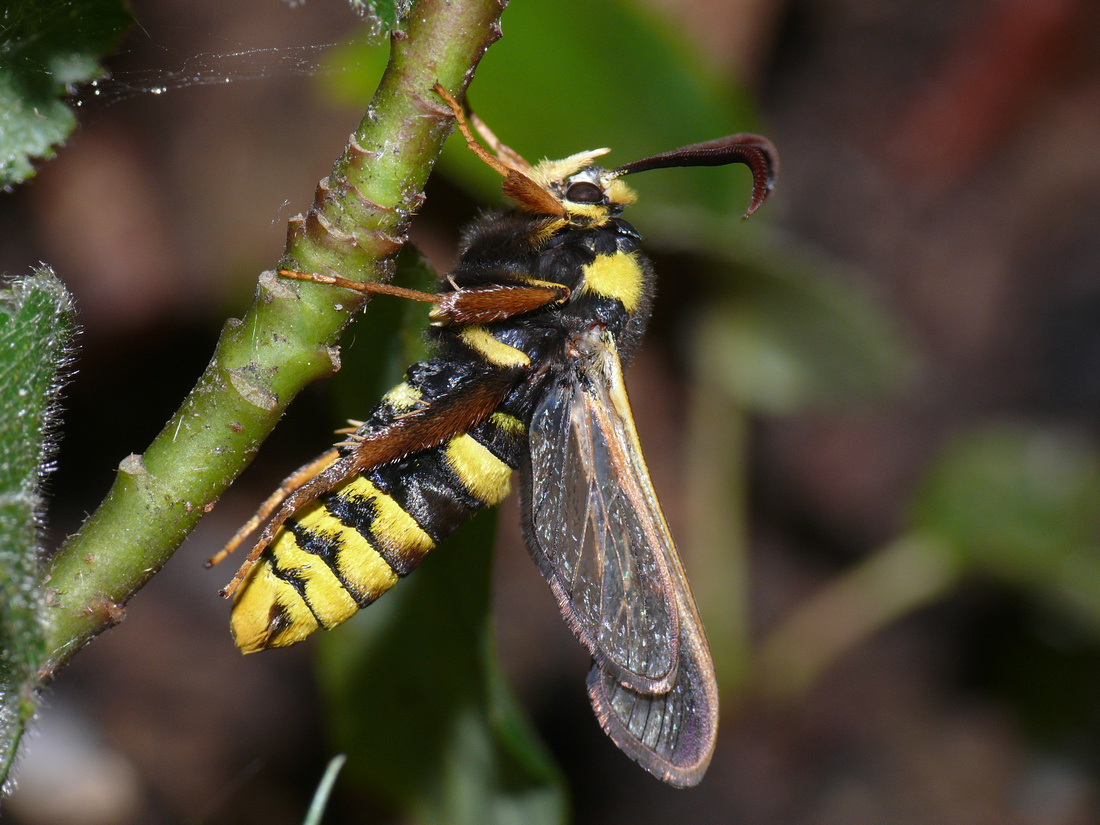 I couldn't stick around yesterday to see whether a male took the bait so to speak but I expect one did - when I returned later in the day - there were no moths to be found nor any errr.... lipstick-tipped, post-coital cigarette butts, for example.

This is 100% the pupal exuvia of our (female) adult hornet clearwing moth then.

And once again, my eldest boy has amazed me - and made me incredibly proud!