What if we're ALL just flies on a leaf?

I was sitting under one of our poplar trees in the garden today, at lunch.

I was sitting in a garden chair - soaking up the early Spring sunshine - and watching various insects (mining and mason bees, wasps and flies) soak up the sun too, way above me... on the nascent, lime-green poplar leaves unfurling from their sticky brown buds (and growing nicely now), twenty feet or so above my head.

I thought I'd take a photo or two. 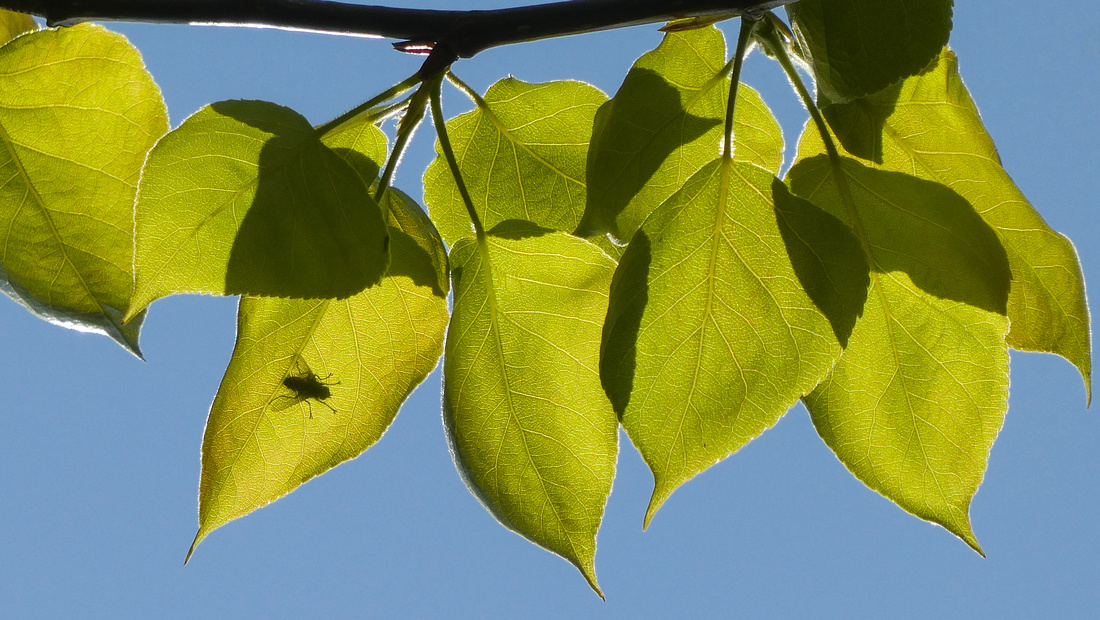 This is a simple shot taken from ground level, using my new(ish) Panasonic pocket camera, of the small-but-growing poplar leaves, from below, one of which has a fly sunbathing on it (looks like a flesh fly or a greenbottle perhaps  - but I can't be sure).

I then started thinking (dangerous I know).

This fly sitting on the new poplar leaf twenty feet above my head, couldn't possibly KNOW that there was another organism FAR below the leaf, invisible from its viewpoint, taking images of it (or at least its shadow) from way below.

I doubt whether the fly would have the cognitive abilities to begin to even grasp such concepts of other invisible organisms taking still images of a moment in time in its life on technology that would be completely out of its world, in so many ways.

Of course it wouldn't.

It's just a fly, after all.

What if I'm just a fly. Or something like that.

And you are, too. (Don't think you escape my random witterings!)

A leaf that we call "Earth".

And something, somewhere, unfathomable and invisible to us, is sitting there recording moments of our "lives" on a camera or video recorder or something else that we (as flies after all), couldn't even begin to comprehend.

My mother once said to me (after I probably wittered on about an idea like this) "Douglas, we can only live on the planet we live on". (Meaning.. "why don't you keep your feet on the ground, you halfwit!"

Fair point I suppose... but it is occasionally nice to wonder isn't it? It sometimes makes your problems seem quite small, too or at least it makes you temporarily forget them!

Now that that has made you think. (Or drool?!)

I'll leave you with something else that I photographed today.

A lovely rose chafer.  (And before you ask, no... that isn't rose chafer poo on my wedding ring finger - its the remnants of a blood blister, caused my wedding ring chafing against my finger at speed as I drilled/chiselled a hedgehog tunnel through concrete t'other day).

I know tomorrow looks decidedly dodgy, weather-wise, but for now grapple fans, at least here, Spring has most definitely sprung! 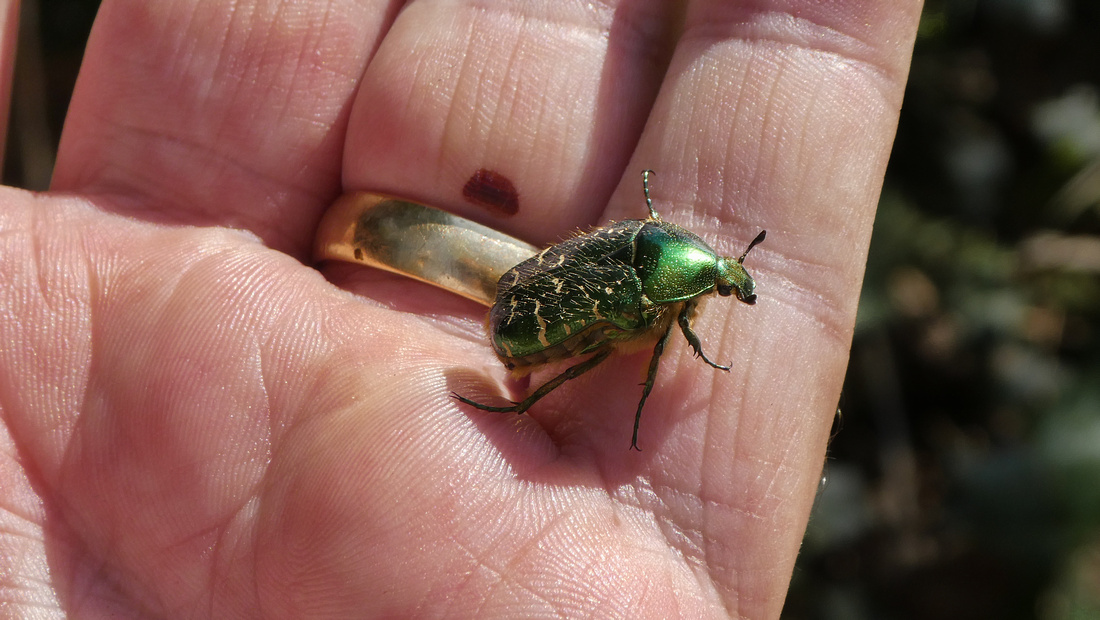