Arseholes, penises and tunnels. (This should get some views!)

A wee while ago I mentioned here that I've noticed a hedgehog return to our garden, despite our arsehole neighbours (at least on our Eastern side, the "Westerners" are just fine - see below), blocking up the tunnels that I've deliberately dug under our fence for the hogs.

You may be thinking that it's our neighbours' "right" to block up tunnels under our fence.

Well. I guess it is. It's also their "right" to be arseholes of the highest order, too.

Firstly, it's OUR fence (not theirs), we've paid for it and maintain it - and secondly I've TOLD THEM about the (tiny) tunnels - which they, at first, (at least to my face - like all cowards), agreed was fine.

No... I'm afraid they really are arseholes and have demonstrated that many times over the 18 months (only) that they've been living in the house alongside us.

That all said, a hedgehog has returned to our garden, from our (much older) Western neighbours, who I've also talked to about the local hedgehogs (since discovering one literally trapped in a neighbour's garden when we moved here almost 8 years ago now) and have kindly facilitated a hog tunnel (bridged by a clay half pipe) under our fence (on my suggestion) - see video (shot last night) below.

I'm always keen to provide as many opportunities for hedgehogs to get around and breed … as I regard the current situation regarding hedgehogs to be tragic - this is why I am constantly digging tunnels under our fence(s)… and now (see below) doors!

Regarding this year's hog(s) -I needed to establish firstly, whether it was just one hog - or two or more - and also sex it/them if possible.

It's very difficult to sex a hedgehog* (MATRON!) without picking it up and unfurling it (as it will have rolled into a ball of course) and then looking at its genitals - but then it's relatively easy, as male hogs have a noticeable penis halfway up their tummy it seems.

*Reminds me of that joke - How do hedgehogs have sex? Caerphilly. Carefully.

Anywayyyy…. I've been recording these hedgehogs'/this hedgehog's movements over the past week or so and have ascertained that:

a) We only have one.

d) Whilst it uses all of my extensive garden fence tunnels (apart from the one that our a-hole Eastern neighbours have blocked again) it seems to want to run down our side-passage and get out to the front garden and therefore the wider world, under our side-passage door. It seems to have got the strong urge to continue its genes, if you know what I mean?

I discovered points b) and c) above ( that it is a male hog (and pretty well-endowed male at that)) by placing one of my trail cameras on the flag stones of our side-passageway and videoing it from hogs' eye level.

You can perhaps see from the videos below (and certainly from the stills) that this is clearly a male hedgehog! 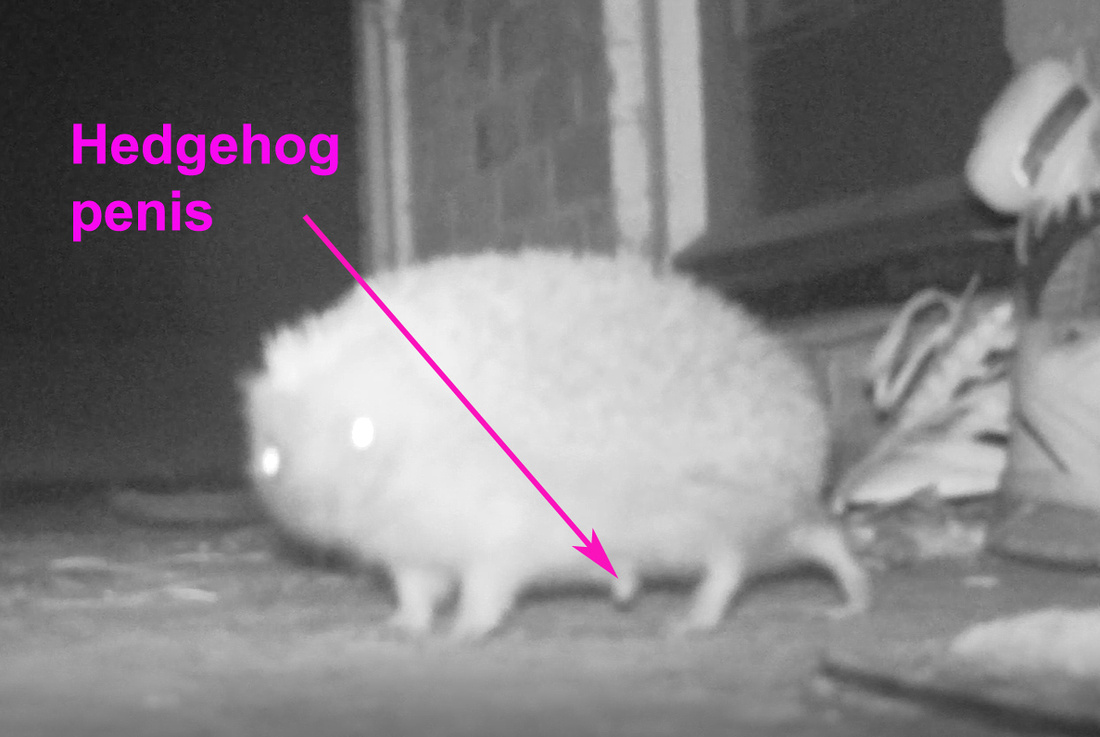 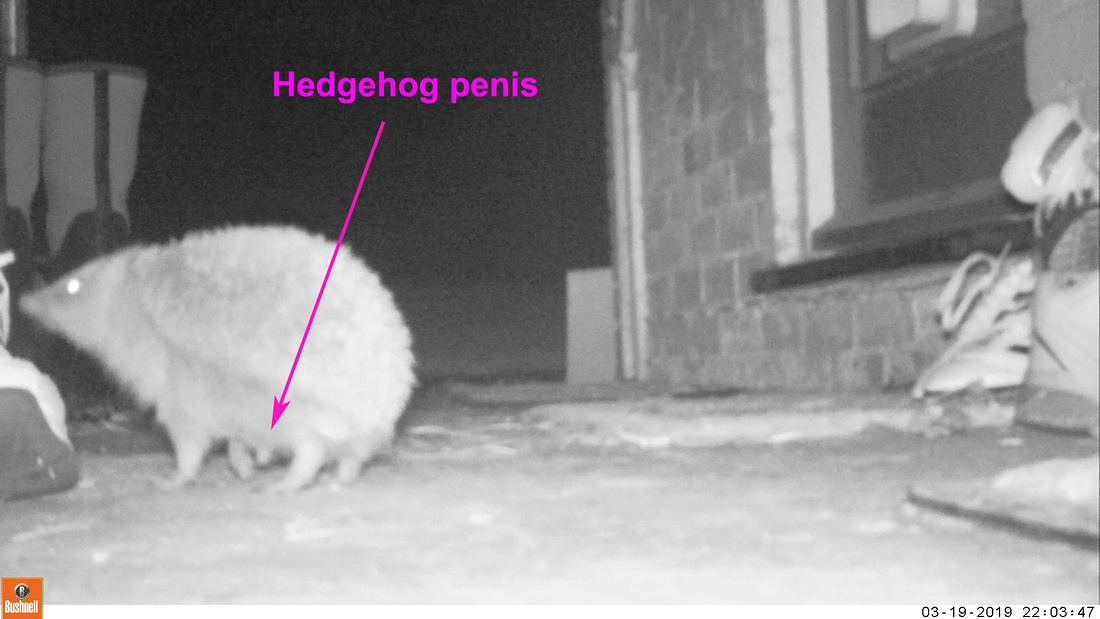 And I discovered point d) by videoing it over several nights, running down to our side passage door

and then  running back.

Now... our side passage door does have an inch or two gap under it - but certainly not a big enough gap to allow passage of a quite large, randy male hedgehog... so last week I took my wonderful SDS drill to the concrete floor under the door and drilled (well... chiselled on SDS hammer setting) a tunnel in the concrete to allow the hog to escape our garden from the front, as well as the sides. See photos below. 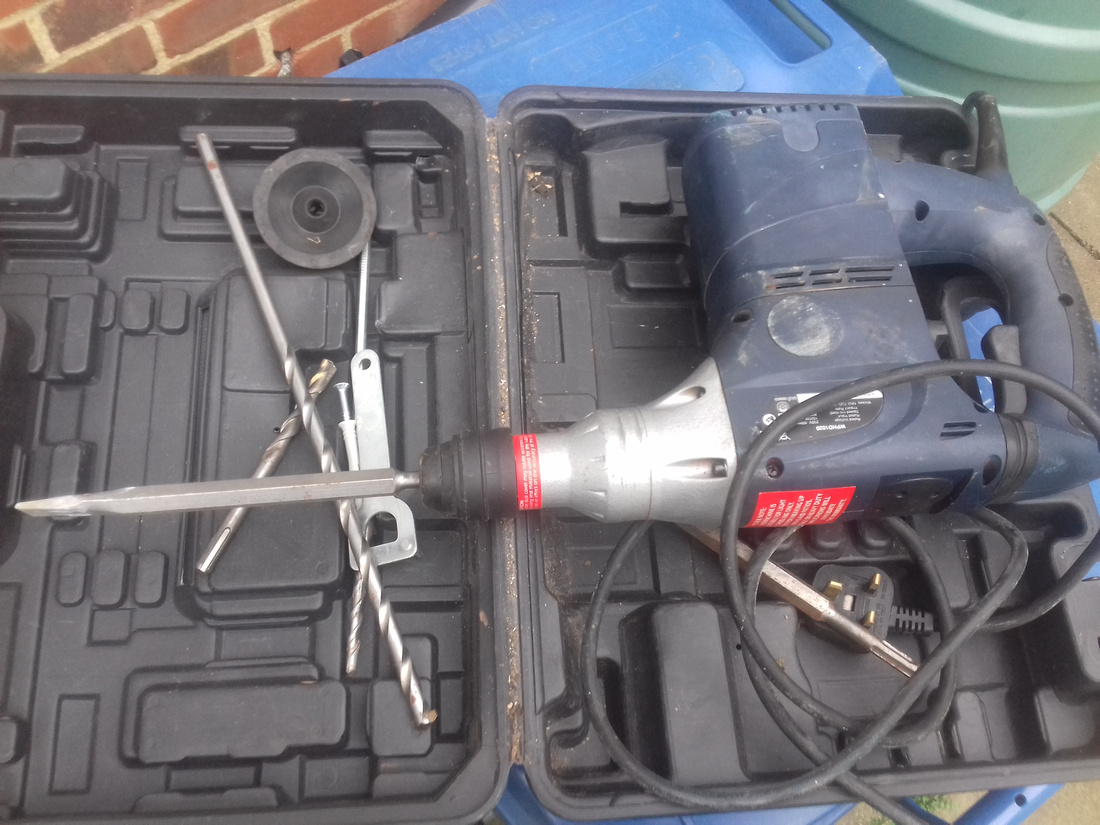 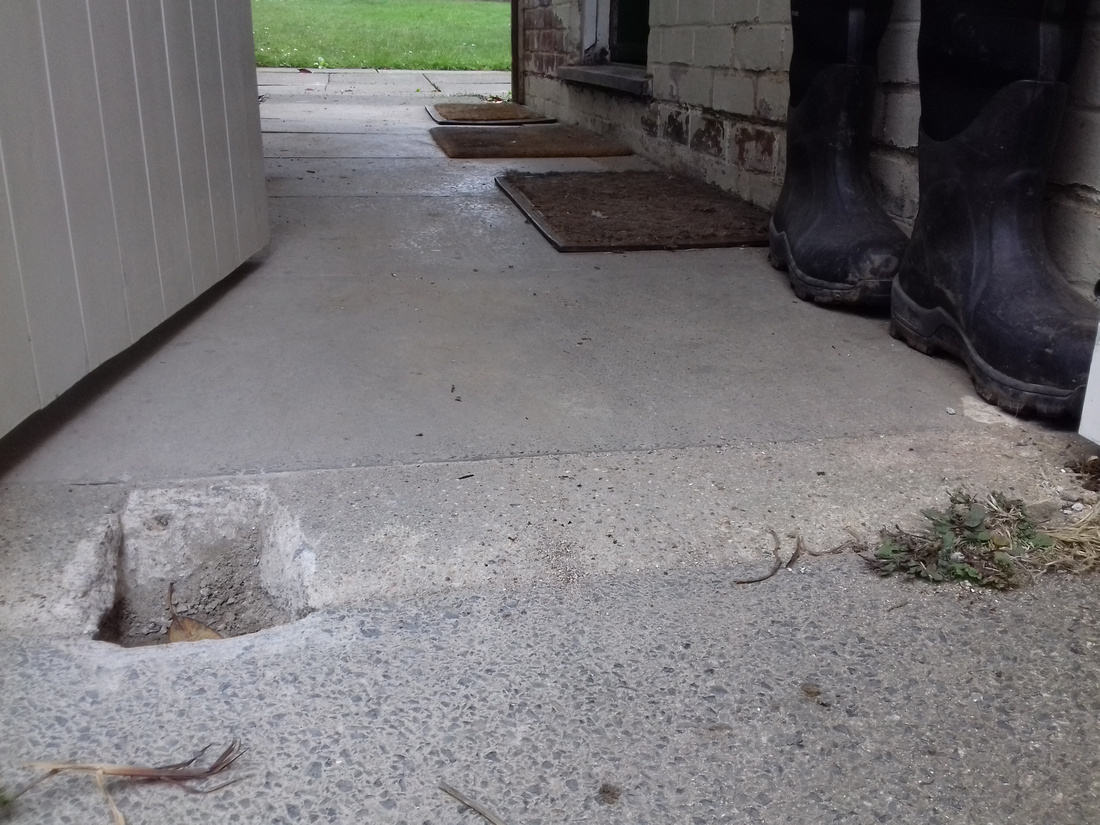 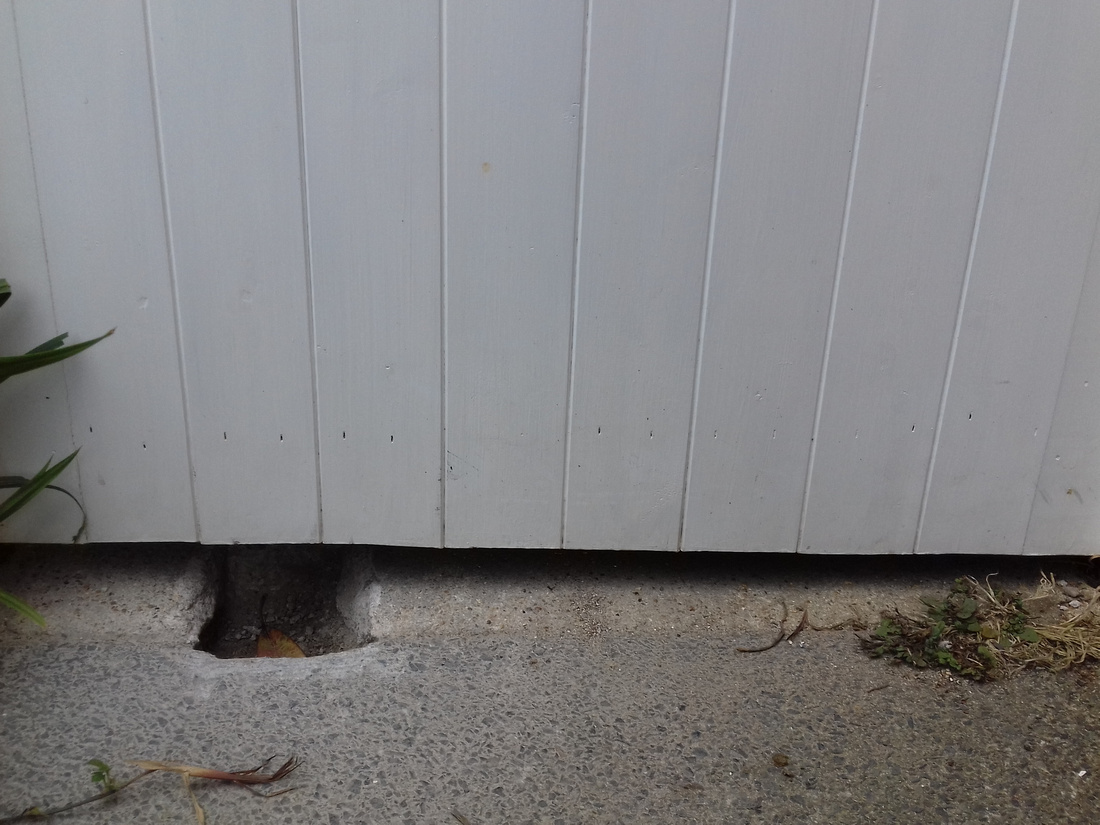 I've been videoing it (since drilling this tunnel), with varying degrees of poor success (so I won't put a clip up yet) - but it would be fair to say that at present, the hog IS visiting the tunnel under the door, but hasn't yet attempted a "squeeze through". I think it may need widening.

The tunnel that is, not the hog.

So that's what I'll do today with my lovely big drill (MATRON!).

I hope this works and our poor old randy male hog can squeeze through the new tunnel under our side passage door, literally dragging his penis along the ground with him - and yes I do understand that if he does manage to leave, he may never come back - and we will perhaps lose ANY hedgehogs in our garden for some time.

But I'm doing all this, laydeez and gennelmen, for the wildlife - and NOT us humans.

If our hog needs another tunnel to escape to find a mate... and therefore deserts us... then so be it.

Doug Mackenzie Dodds - Images
Ian.
Many thanks for your comment
The short answer to your question is yes, I managed to resolve the situation by constant reminders of how important these tunnels are to hedgehogs and constant thankyous to their begrudging hurrumphs when agreeing after much hand wringing, to leave the hog tunnels alone.


We don't tend to speak as neighbours now. Probably for the best. But at least the tunnels are there. Still. And used each and every night by up to 3 hedgehogs now. One born this year. All's well that... (etc).


Good luck with your neighbours

I feel your pain.

Nice that you have done this. We have done a similar thing but have the same neighbour problem one one side.
Did you manage to resolve? I am about to take it on legally as our neighbour keeps interfering with our fence and is unbelievably unreasonable.