My wife, eldest son and I went for a fifteen mile mountain bike ride around Swinley Forest this week - in the beautiful weather (where's that gone?).

When we (eventually?) move from this generally God-forsaken part of the world, south-east England that is, lowland heathland and forests like that of Wildmoor heath and Swinley Forest is what I'll miss most about the area. In fact it may well be the only thing I miss. I feel INSTANTLY at home on lowland heaths and forests - and I love being in such places in warm weather, hunting for Dartford Warblers, Wasp Spiders, Nightjars, Adders, Hobbies, Redstarts, Grayling butterflies, Tiger beetles, Crossbills and Emperor Moths.

Amongst the loveliest things our eyes feasted on during our day in the forest this week were the big, fast-moving, bright orange Silver washed fritillary butterflies - dancing around the hemp agrimony together.

These spectacularly-pretty butterflies are pretty-well a butterfly of south-east England and whilst they can often be seen in the height of summer flying quickly down sunbathed forest rides, they breed in the wood proper, in the shade. I used to watch them a bit around the Alice Holt arboretum in Surrey (I used to work alongside the arboretum) - but it was very nice to show them to my wife and eldest boy this week, even if he did prefer watching the more-obviously-spectacular Peacock butterflies!

We have nine fritillary butterfly species in the UK and with a wingspan of around 7.5cm, the silver-washed fritillary is our largest of these striking orange and black butterflies of high summer. SWFs suffered a big population decline in the 1970s and 1980s but perhaps at least in part due climate change and our warmer(?) summers, numbers are now on the up once more.

Yup. All very well. But what of the weird title to this blog post?

Well... the Silver-washed fritillaries are large, bright orange butterflies that as I've written above, can be found flying powerfully down woodland rides in the summer - pausing mainly only to check out bright orange things to see if those orange things are females that can be mated.

Take a walk through Alice Holt forest, or Swinley forest for that matter, wearing a black or green shirt with orange patterns on it, or holding some orange toys on a piece of string - and you'll be IRRESISTIBLE to these big, randy, orange butterflies.

There's something else that these beautiful butterflies find irresistible too - "raspberries and cream".

I got a load of photos of the SWFs gorging themselves on their RAC - I just wish I'd bought my better camera with me on our bike ride, as these butterflies were being the perfect models and the photos I took with my pocket camera didn't really do them justice. 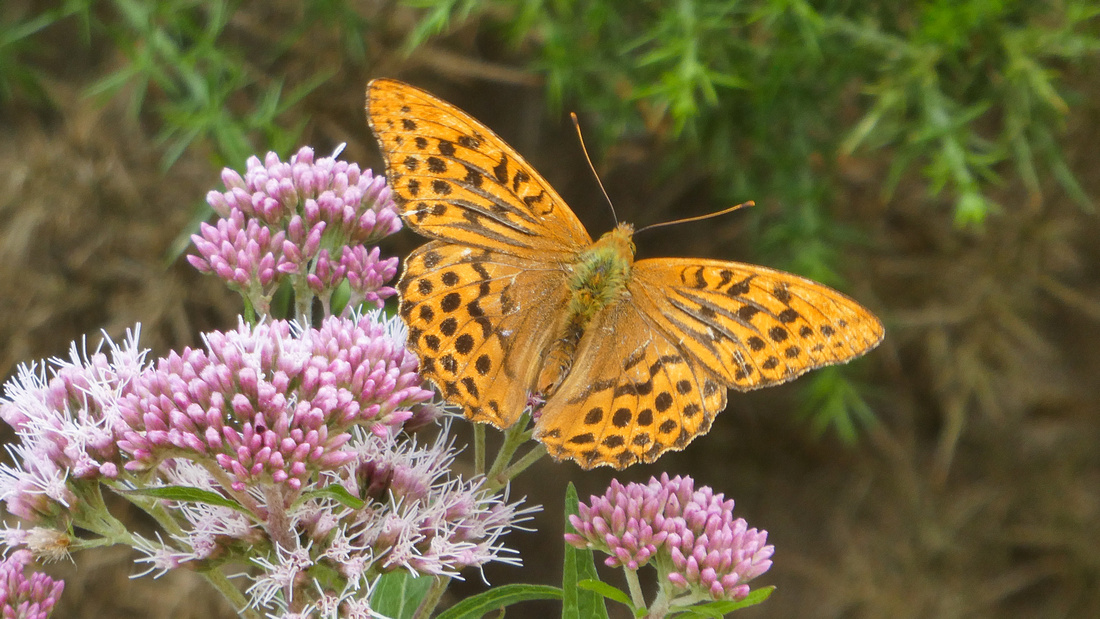 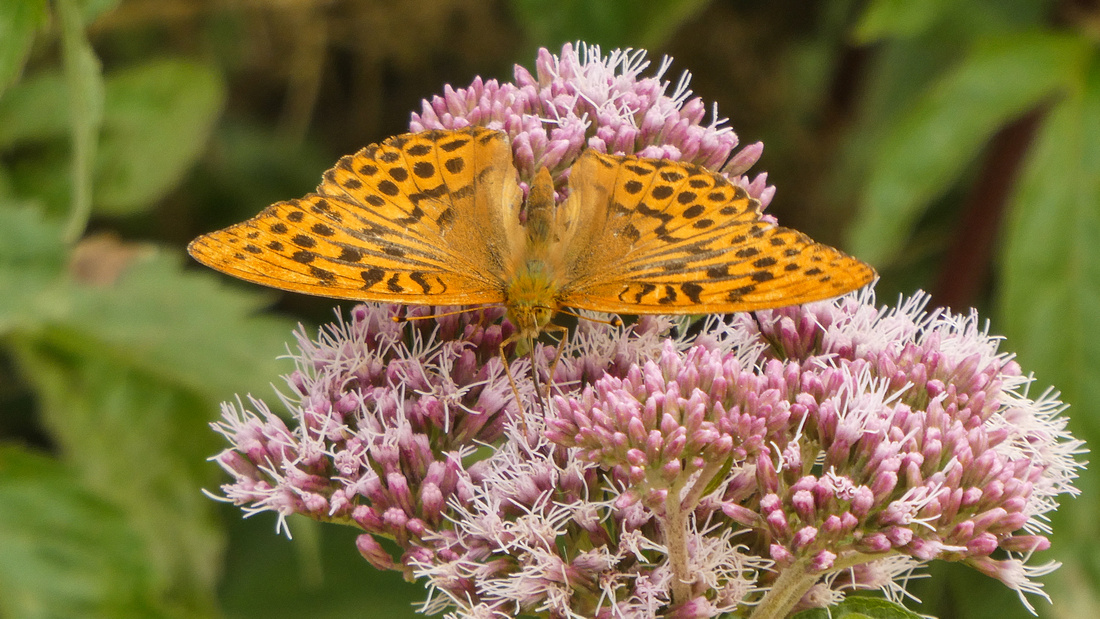 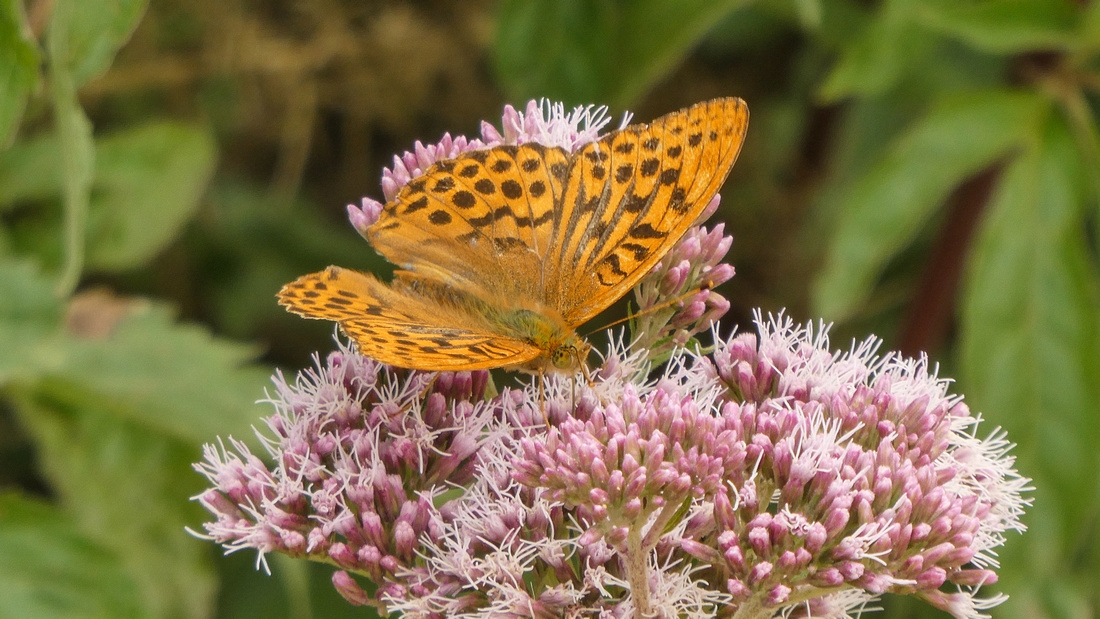 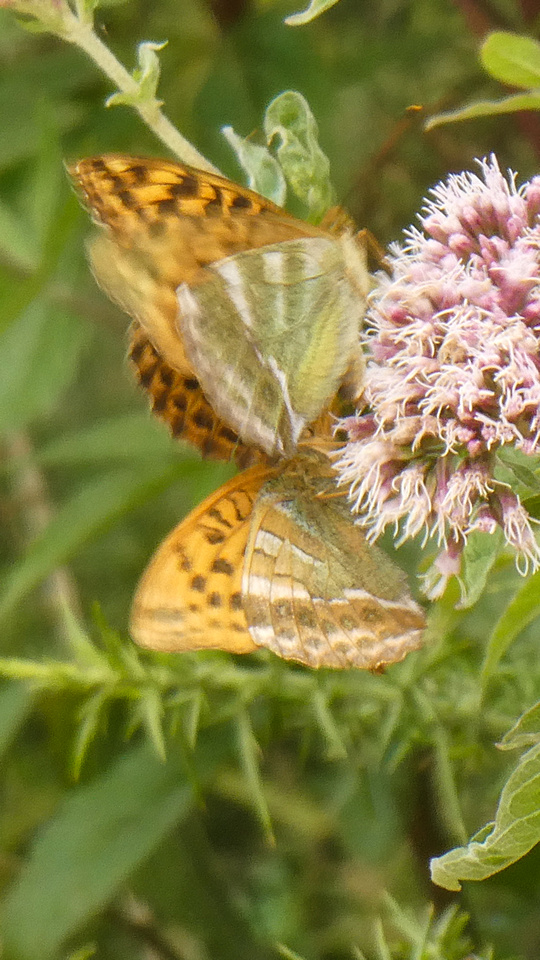 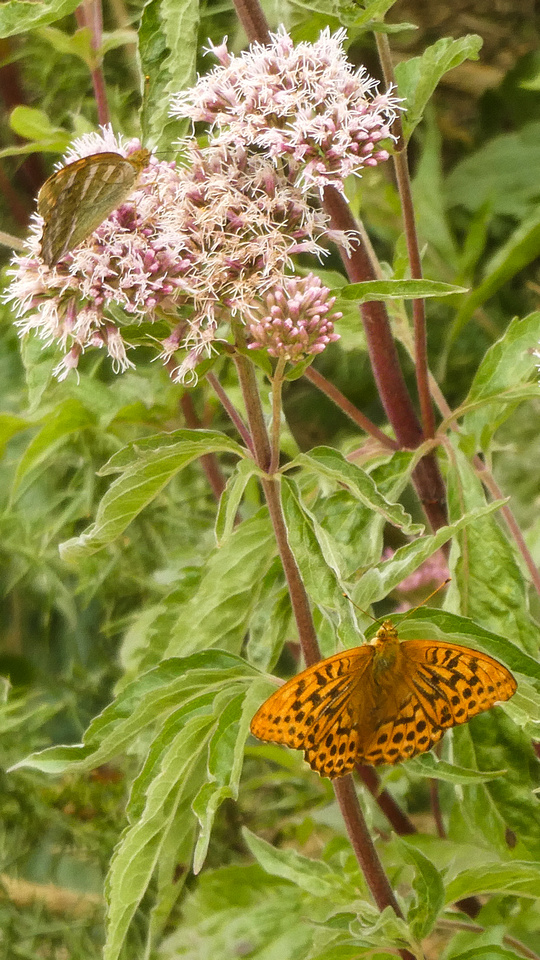 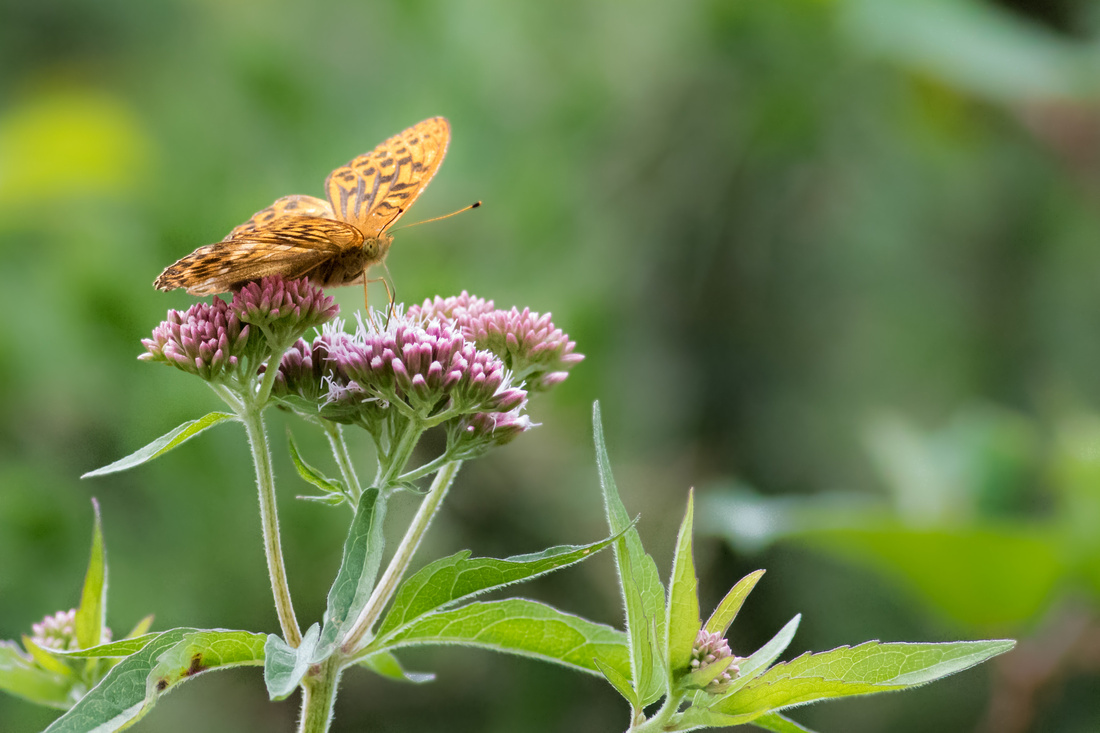 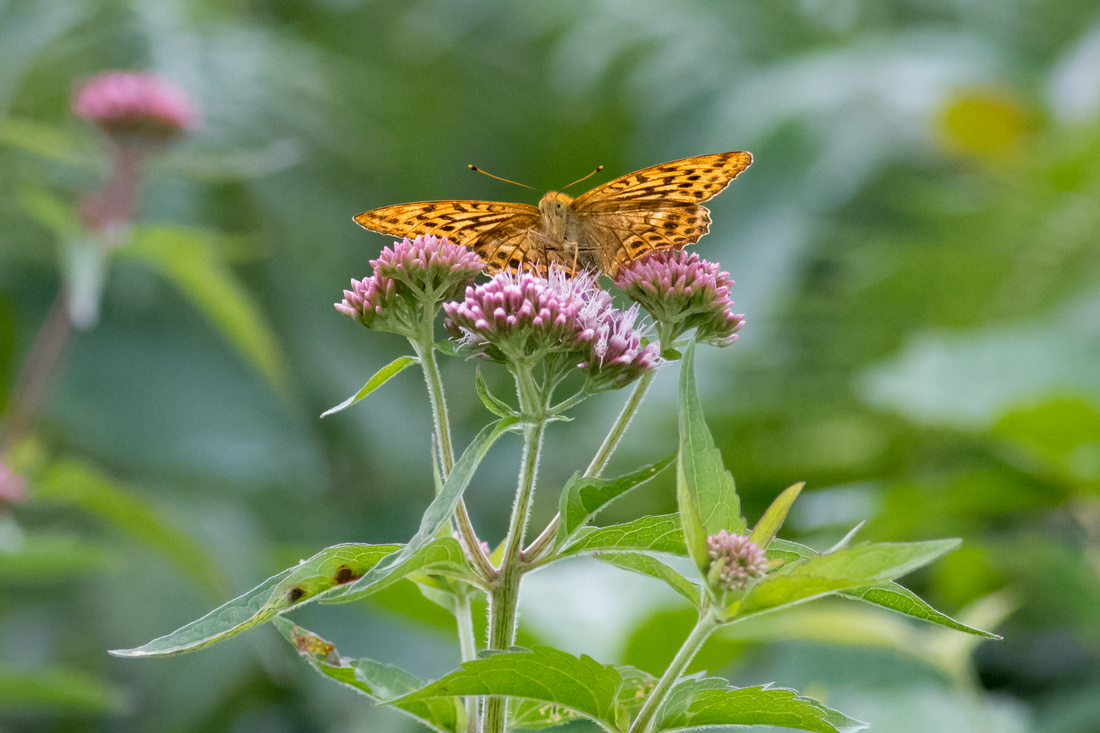 A little about the SWFs scientific  (and indeed French) name (you know I can't resist).

Argynnis  (Argynnos) was the beautiful boy who King Agamemnon fell in love with as he watched him swim naked across the Boeotian Cephissus river. Poor Argynnis drowned during his swim and Agamemnon was so distraught he buried him and built a shrine to Aphrodite Argynnis. (The boyhood love).

Argynnis was, in 1807, the family name that Fabricus gave to all the large fritillary butterflies, which had earlier (in 1804) been called 'perlati" by Latreille, on account of the pearly markings under their hind wings. One could reasonably assume that Fabricus chose the name "Argynnis" at least in part due his fondness for wordplay and the fact that Arguros means silver in Greek - the silvery, pearly, colour of the markings on these butterflies' underwings would make this play on words very apt.

Paphia literally means from Paphos (Cyprus). In this case it could also mean Aphrodite, the goddess of love too. Aphrodite came to be near Paphos on the island of Cyprus (at Aphrodite's rock actually, where I was lucky enough to be as it happens, watching a total lunar eclipse in  August 1989, a few weeks after my A levels). Aphrodite is sometimes referred to as Paphia, the goddess from Paphos - and this would certainly fit in with the Aphrodite Argynnis shrine that Agamemnon built for his dead boy love.

The French name for the Silver-washed fritillary is the Tabac d'Espagne. (Spanish tobacco).

I don't get it either.

Perhaps someone reading this veritable word salad penned by me today on these butterflies, can help me out.