I've just read again on my news feed that the daily express, who seem to do little else than write about the weather and princess Diana (still) have forecast another "Indian Summer" in August and September this year. 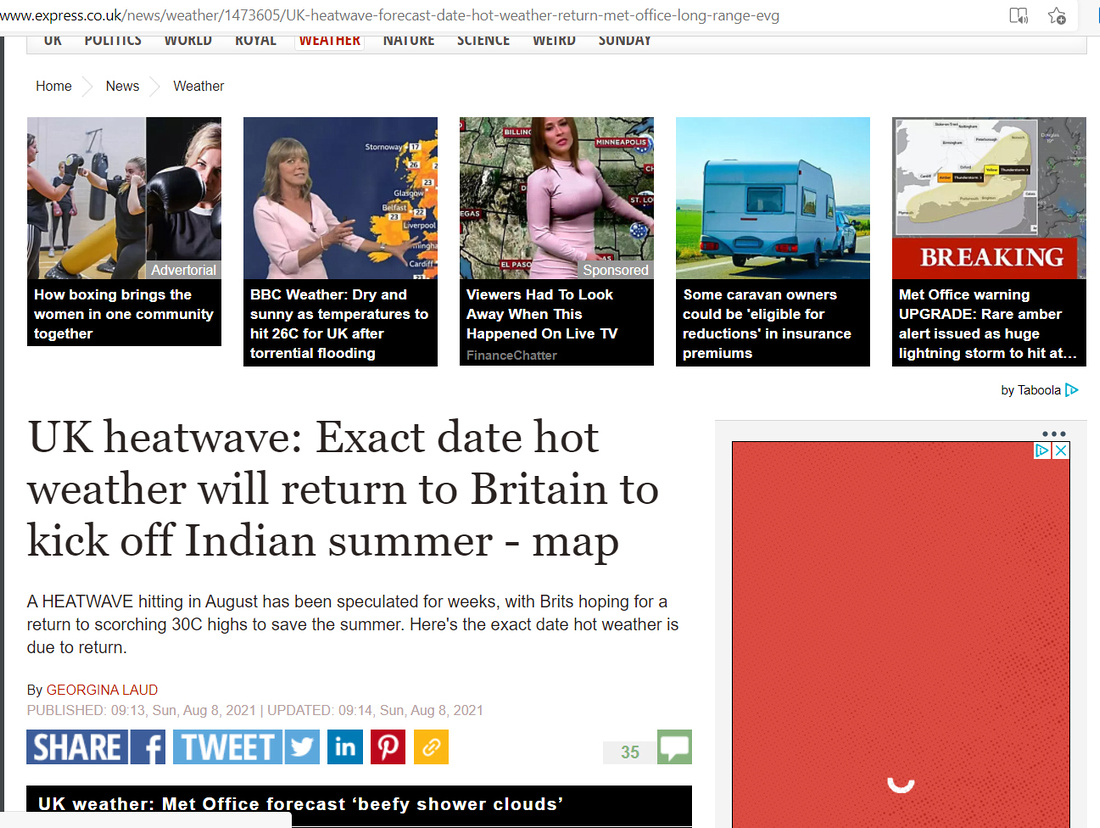 This happens every year these days. The dribbling morons all get together and call late summer (in ACTUAL summer) an "Indian Summer".

Look, I'm all for the evolution of language. That's fine.

1) You LITERALLY cannot have an Indian Summer IN SUMMER.

2) Nor can you have an Indian Summer before the first killing frost (around October, perhaps even later).

Indian summers CANNOT occur in August, nor even in September (at least not in the first three weeks of September) despite the Express writing that  the definition of an Indian Summer is :

Astronomical Autumn starts this year in the UK on 22nd September, in forty-five days as I write this.

Even "Meteorological autumn" (A (false) concept purely brought into existence to satisfy those people wishing every season started on the 1st of each month rather than the 21st or 22nd or 23rd depending on which year and which season it was) doesn't begin for another twenty-four days.

But even if you are one of those knuckle-draggers who thinks that Autumn truly begins on the 1st September and therefore box 1) above is ticked -we've moved out of summer when we leave August, we STILL can't have an Indian summer before the first killing frost (often no earlier than October and not even early October) - so I'm afraid you've not ticked box 2).

I know. We all know why these warm spells in September or even August sometimes, are described by those with very pronounced Neanderthal brows as "Indian summers". It's because they think an Indian summer literally means a warm period in the second half of summer.  But it doesn't mean that. It really doesn't.

Indian summers don't happen in August. Nor even September. And not often in October.

They're much more likely to happen in November than any other month here in the UK. And perhaps as late as December.

Finally (until next year) then.

The period of warm weather that has been forecast again can be described again, NOT as an Indian summer... but just a period of summer warmth (in the 2nd half of (actual) summer).

And whilst I'm here... that big iron bird in sky that you are pointing your club at... no that's not an iron bird either.

Say it with me.