It was mid February that I posted about this year's annual toad migration - when the 2000 (or so) local adult toads leave their woodland home and cross the one road they need to, in order to get to their traditional breeding pond a mile away from their wood.

Yes. A lot has happened since mid February eh - including several weeks of very warm, very VERY dry weather - so you might have forgotten that last winter was warm and wet (and windy) and as such, the nation's toads migrated back to their breeding ponds en masse, a little earlier (mid February) than is commonplace (early March).

Normally, one might expect to see all the tiny wee toadlets leave the pond in which they were born, in early July - but this year, we can start looking now.

I took a solo, 7 mile walk at 06:30am this morning (for 6 days a week I try to do this sometime in the day - although normally it's with my boys and later in the day) and lo and behold, look what crawled in front of me on the local toad road. 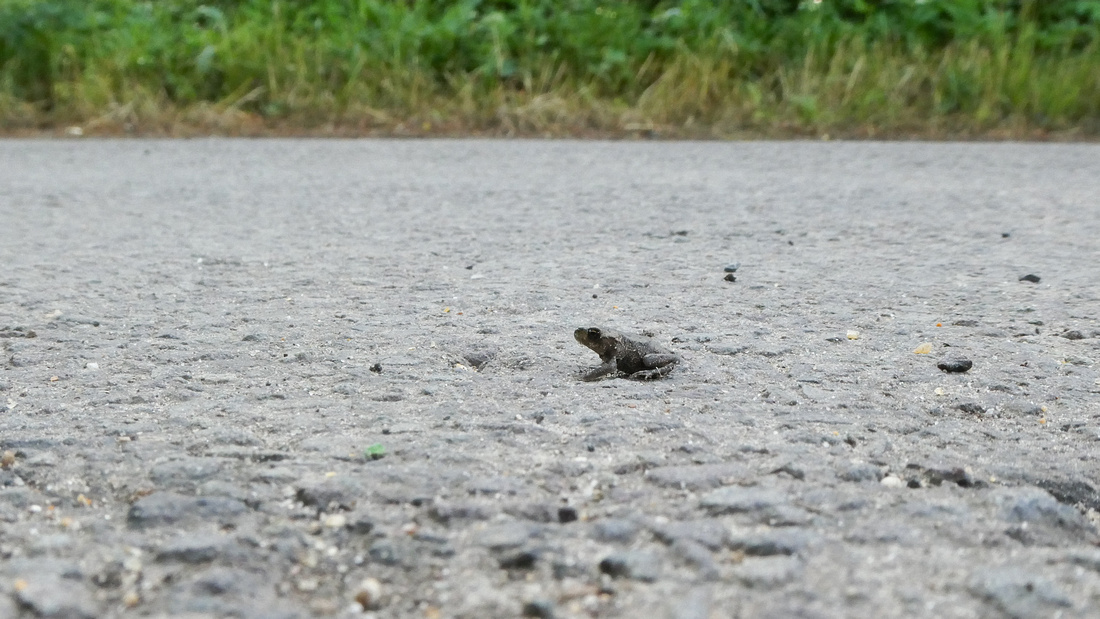 At first I thought it was a wolf spider - not a tiny wee toadlet. (No... it's a common misconception that wolf spiders are the massive spiders that race under your sofa when you turn the sitting room light on in the morning - those are just house spiders - proper wolf spiders on the other hand are actually tiny, penny or halfpenny-sized spiders that seem to sunbathe outside on logs and scurry for cover when you get close).

Anyway, on closer inspection, I ascertained it was of course a tiny wee toadlet and not a wolf spider, and rather like its parents (very possibly), four months ago almost to the day, I scooped it up on my pocket camera case and helped it cross the road in the direction of its adult home - the patch of wood about a mile from the pond it had just left a day or so ago. 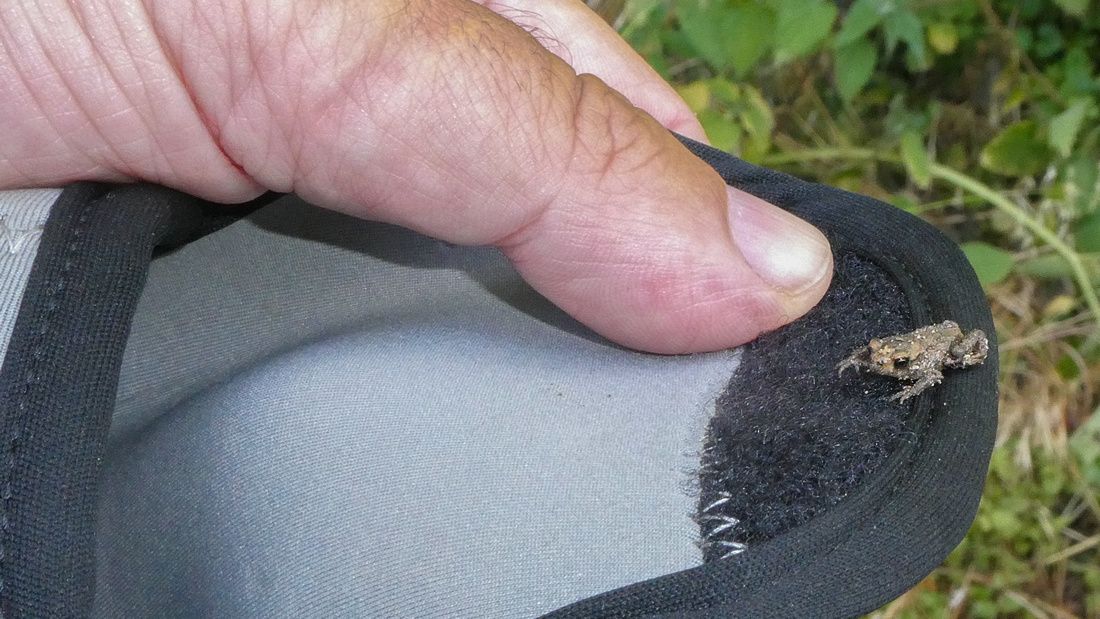 Please do look out for your local toadlets. They'll be on the move right now, I'm sure.

They, even more so than their parents (hundreds of times bigger than their progeny at present), have a "herculean (to use the phrase du jour) task" to get to their woodland homes from their birth ponds - so if you can help them across any roads - well... all power to you, I say.

They won't thank you. In fact they'll look particularly angry and grumpy that you've seen fit to assist them. But that's toads all over. Angry-faced. They can't help it. And anyway.... their beautiful gold leaf eyes more than make up for any miserable mouth they have.

Photo below is of one of the adult toads I helped cross the road towards their breeding pond in mid February this year. This toad (I helped nineteen) could perhaps be the ACTUAL PARENT of the tiny wee toadlet I helped cross the same road (but in the opposite direction - i.e. towards its adult woodland home) this morning. 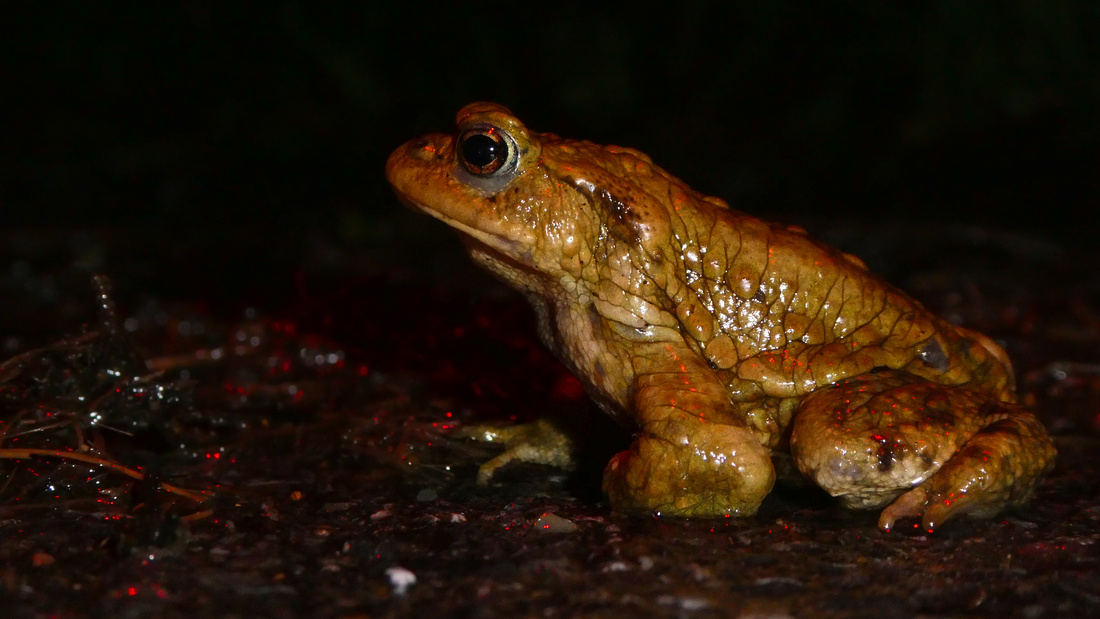