The longest caterpillar in the UK....

... of resident lepidopteran species that is, (i.e. NOT the convolvulus hawk moth nor the death's head haw moth which are BOTH longer but both non-resident) belongs not to a hawk moth at all, but the lowly goat moth.

I say lowly - the adult goat moth is about the size of a typical poplar hawk moth but quite a bit chunkier (heavier) - it is one of the heaviest moths in the UK for sure and DOES hold the title of the resident moth with the longest larva in the UK.

Anna, the boy and I were taking advantage of this superb period of late August weather by taking a walk around our favourite piece of local lowland heath yesterday afternoon - where I go to see/hear nightjars when I feel the need.

It was also a delight to walk around my favourite habitat (probably) in my favourite weather, yesterday. Dragonflies were what we were hunting (we found emperors and golden-ringed dragons) but it was the HYOWGE caterpillar that crawled over the boardwalk (built over the peat bogs) that took our breath away. 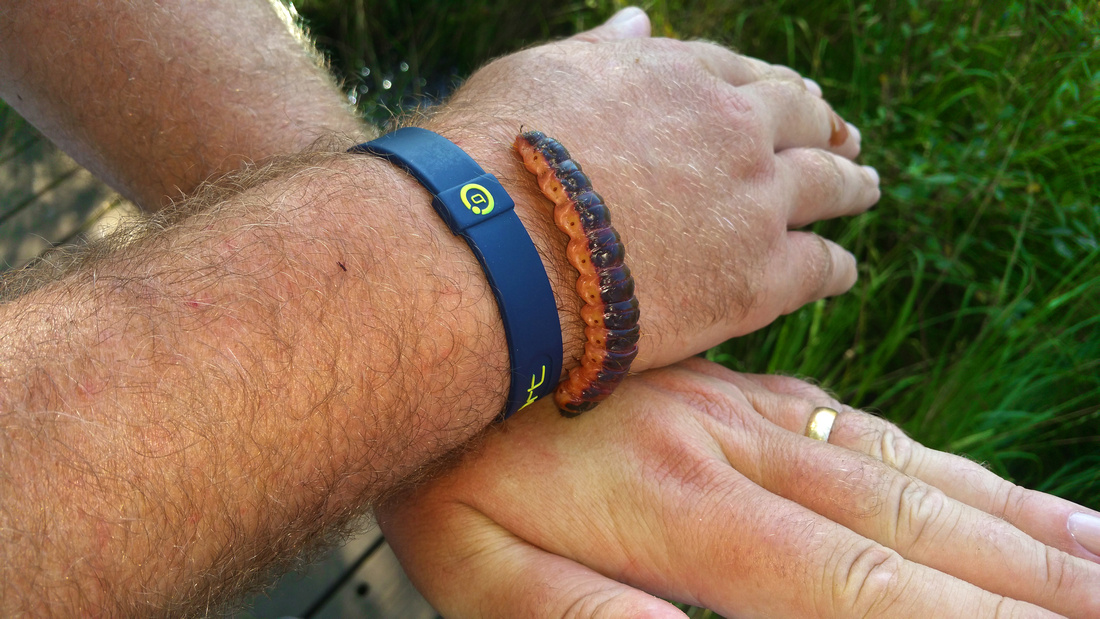 This BELTER of a caterpillar belongs to the goat moth (Cossus cossus) and IS Britain's longest (and largest) caterpillar that belongs to a resident lepidopteran species. I didn't have a tape measure with me yesterday (hardly a surprise) but I'd say this IPSOLUTE BYOODY was about 100mm long.

Goat moth caterpillars are rarely seen and there's a reason for that. In common with a few moths and certainly the Cossidae species (leopard moth, reed leopard and goat moth), the larvae (caterpillars) burrow INTO their food plant (in the goat moth's case, broad-leafed deciduous trees such as willow trunks) and eats that food hidden from view. With food so low in nutrients (the wood of a willow for example) the goat moth caterpillar digests this food very slowly indeed and needs to eat inside this tree for perhaps four years before dropping to the ground and finding somewhere to pupate underground in August of their fourth or fifth year.

The caterpillars will therefore be hidden INSIDE a tree for four years, visible for a few hours in their fourth or perhaps fifth August as they crawl along the ground looking to burrow under the surface of the soil and pupate. They will then overwinter  (in their 4th or 5th winter generally) hidden underground as a pupa and emerge in the next June, their 5th June (probably) as an adult.

You'll understand now I'm sure that this moth's life cycle lasts about 5 years of which about 3 months is spent as an adult, and all the rest bar a few hours is spent as a hidden larva or a hidden pupa.

Yes... Anna, the boy and I were very lucky to have seen this goat moth caterpillar yesterday and even luckier to have filmed it (see very short video below). We think it was an egg AS we moved into our current house five years ago and has spent that ENTIRE time inside a birch or willow tree on my favourite lowland heath and the ONLY time it broke cover  for a few hours perhaps to look for a spot to pupate in those five years - we were there to see it.

Before I go - I often like to go into detail about the names of moths as they're often so beautifully-named.

I'll be brief in the case of the goat moth though but in case you were wondering, the goat moth is so called because the larvae allegedly smell like male goats. That is not a compliment as I'm sure you know (even if I LIKE the smell of goats!) and I assume it's some kind of defence mechanism to avoid being gobbled up by woodpeckers etc.

And talking of being gobbled-up - the scientific name of the goat moth, Cossus cossus stems from the fact that in ancient times, a Cossus was an edible grub which Romans loved to eat. Invariably these were ALL stag beetle grubs but this caterpillar (in common with a few others, but CERTAINLY this goat moth caterpillar) DOES look a bit like a big grub (large, fleshy and shiny) and DOES behave like one (burrows into wood for its food) although it really DOESN'T look like a translucent and white beetle or chafer grub really.

A very, VERY lucky find for us yesterday and certainly the highlight of the family wildlife walk.

Keep 'em peeled grapple fans - you never know WHAT may turn up at present....