Both videos accompanying this post were shot by me on my mobile phone on the night.

(Please watch both to the end - they're very short).

I hope you enjoy this blog.

I was alone, in the middle of nowhere.

But I was being watched.

In a maze of bracken, heather & birch, on the edge of a thick pine plantation and in the shadow of England’s most famous “Lunatic asylum”, unbeknownst to me, something had fixed me in its unblinking, unemotional, inky stare.

As the orange sun slipped below the horizon, one pair of shining black eyes became two.

All fixed on me.

Intrigued with me perhaps.

An impudent mortal who had foolishly dared to gatecrash their secret gathering under June’s full moon.

Only when the unearthly noise started did I turn to face my ghostly, fortean onlookers… and gasped at what I saw…

Now does that read like something out of a horror film?

A really bad horror film perhaps – but even though my above prose is a tad purple and somewhat flowery; all the above actually happened to me this weekend.

Regular visitors to this website’s blog might know that I’ve had a pretty bad couple of years, health-wise.

My wife and I have been living in our current house for nearly three years now - and I always had in mind to do what I did this weekend during that whole time.

But I had never managed to find the energy.

For the majority of these last twenty-seven months or so, for a variety reasons, I couldn’t have even contemplated such an idea – so bagged it and parked it at the back of my mind, for a more suitable time.

But this summer I have finally found my strength start to return. My energy levels are almost back to where they were before “the crash”. I still ache, my right hip is pretty-well knackered and I tire very quickly and often without warning still. Tire is an understatement – it’s more like crushing fatigue and very difficult for other to understand.

But I’m so much better than I was two years or even one year ago.

I'm nearly back to full health I think.

Last Friday, on the 13th June, I finally realised that I could finally do what I had wanted to do since moving to our present house – and to be fair… I couldn’t have timed it better, considering the site I wanted to visit.

Somewhere where many people would really rather not visit.

And certainly not at night.

I had in mind (for three years now) to visit a large area of lowland heath, consisting of heather, bracken, gorse, birch and pine plantation.

Just a short drive from us.

But also slap bang next to the infamous Broadmoor “lunatic asylum”. (One really should call it a psychiatric hospital these days).

The heathland surrounding the “lunatic asylum”.

A violent electrical storm predicted for later in the night - the stuff of horror movies.

Even the date fitted the bill.

I guess I’m lucky. I’ve not tended to attract that much trouble in the past and don’t tend to scare easily these days.

Larger than the average bear and blessed with the rugged good looks of Frankenstein’s monster, it would probably take a crazed psychopath to consider taking me on – but one might suspect that the “hospital staff” like to keep a close eye on these type of “patients” at Broadmoor.

The towering walls, barbed wire and searchlights are there for a reason.

To keep the “patients” INSIDE. (You’d hope, anyway).

In my teens, twenties and thirties I’ve spent many, many nights in woodlands, alone, watching badgers or woodcock. I’ve spent nights in graveyards watching stoats and counting glow-worms. The dark and the noises of the night don’t tend to faze me much these days (nights).

That said - I think I would probably soil me shorts (so to speak) if I ever bumped into someone else like me wandering around a heath or wood or graveyard at night – but that’s very unlikely to happen.

Most people actively avoid these places after dark.

Not on Friday gone.

I had waited YEARS for this night.

Why on earth would a sensible(*cough*) chap like me head off alone as night fell, to a large, dark, maze-like, boggy, heathery heath.

A heath festooned with half-buried tree roots to trip me at every step & thorny gorse bushes to tear my flesh.

A heath overlooked by the foreboding, looming, infamous mental hospital.

As an electrical storm brooded above me and blotted out a lunatic’s moon.

I knew there were probably nightjars there.

Now I had never seen a nightjar.

Never even heard one.

But they’ve always been a creature that I’ve held a certain fascination for.

Creatures of the night.

Rarely seen (or heard – unless you’re prepared to do what I do/did).

A bird of course, but almost more like a giant bat, crossed with a toad and a moth.

At least I’ve always thought so.

Our nightjar is a summer visitor to our lowland heaths.

They’re on the “red list” as far as avian conservation is concerned as they are scarce (c.4800 males in the UK a few years ago) and are very choosy about their breeding habitat – lowland heath with felled conifers and lots of bracken.

They tend to arrive here in Mid May, if you’re lucky you may hear them courting and displaying in June and they’re gone in August.

Their generic scientific name of Caprimulgus literally means “goatsucker” (Capra: goat; Mulgere: to milk) as it was thought for hundreds of years that these uncanny, eerie birds found food by sucking on a goats’ teat.

Many cultures around the world associate the nightjar with the arcane. Often said to be lost souls, it was also said the incessant churring nocturnal call (produced by the males) will turn those humans unfortunate enough to be walking nearby, utterly mad.

You’re unlikely to see a nightjar unless you stumble onto a female sitting on eggs in a clump of bracken on the ground.

Their plumage is a delight of cryptic camouflage – they simply look like dead logs, despite being almost as large as a collared dove – you would literally have to step onto a nightjar before you noticed it.

They are crepuscular in nature (hawking for beetles and moths at dawn and dusk) and this is when you might see them – if you go looking for them. They use their excellent vision (large shiny black eyes which reflect like cats’ eyes if torchlight hits them) to locate their flighty prey in the gloom and hoover it up with their large, reptile-like pink mouths. Very much like swifts.

Can you see why I find them fascinating now?

So I headed off to the heath. Alone on Friday evening– in a bid to finally hear and perhaps even see this big, beautiful, bird.

Arguably the most “fortean” of all our birds.

I certainly was alone in the shadow of Broadmoor on Friday night.

It was a sticky night – the dor and stag beetles & moths were flying and the air was thick with humidity after another scorching day.

I was on edge, partly through anticipation and also because my wait was occasionally punctuated with startling noises.

The loud bark of a deer behind me in the black woods, the occasional drop of large pine cones onto the carpet of pine needles around me - and the effect a fox had on my heart rate, erupting from a nearby bracken thicket as it did. The night was playing scaredy-cat with me.

But I was there for a reason.

Nightjars being scarce and protected, I had to ensure I was very careful with my behaviour on the heath. I had slowly found and carefully settled down into a clump of mosquito-infested heather, overlooking a large area of heathland – in the vain hope that I’d see a bird. Or at least hear one. I was silent and still, just like the evening - despite the midges and mosquitos intent on drinking my blood.

The big-eyed birds had certainly seen me first.

They had been watching me.

It was only when I heard the unmistakeable protracted churr start up behind me in near darkness that I realised they were already there.

My heart leaped and started beating in time to the breakneck speed of the nightjar’s call (30-40 notes per second it is reckoned) – and I turned my head to make out two silhouettes in a dead tree about 100 yards from my heathery hide.

And as I watched, another male nightjar danced over the heather in front of me like a giant black moth and wing-clapped.

What a beautiful sound!

What an incredible sight!

I slowly (but very excitedly!) retreated under the canopy of a large Scots pine to avoid any chance of disturbing these incredible creatures and listened to these birds for a good half an hour, before it really was too dark to see (or even find my way off the heath – the full moon had been hidden by the gathering storm clouds by then and the first few drops of rain has begun to fall).

Twenty minutes later, I was back in the car, having left the “corpse fowl” to it, on their dark heath.

I drove past the hulking shape of Broadmoor, grinning maniacally as the first murmurings of the night’s huge thunderstorm (to come) rumbled deeply overhead & the dark sky began to flash periodically with sheet lightning.

It was all I could do to resist throwing my head back and giving a large “MWAH AH AH AH AAAAH!” as I drove home.

A Friday 13th to remember.

A real lunatic’s night out.

And I shall certainly return. 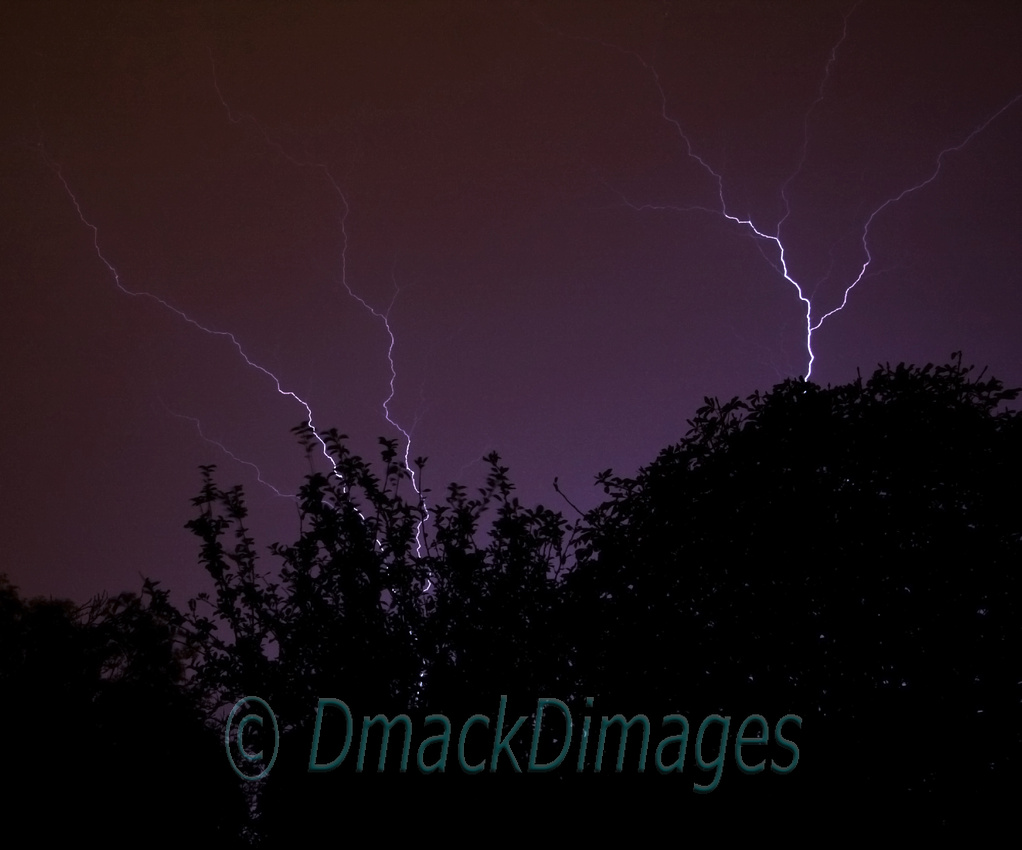