As it happens… yes!

June has been somewhat flaming, at least in parts, with a heatwave including the hottest June day (at 35C) in these ‘ere parrz since 1976 (the summer of which I just remember but my wife doesn’t as she wasn’t born until the end of that particular year!).

The video below was shot with my dashcam, just before the heatwave hit, but with a suitable tune on the car hard drive of course!

The next video I shot AFTER the heatwave with my phone as I walked back along the 800 yards a few days later.

That sultry heat has disappeared as I type this monthly round-up but what else has happened on the 800 yards of ‘mac this month? 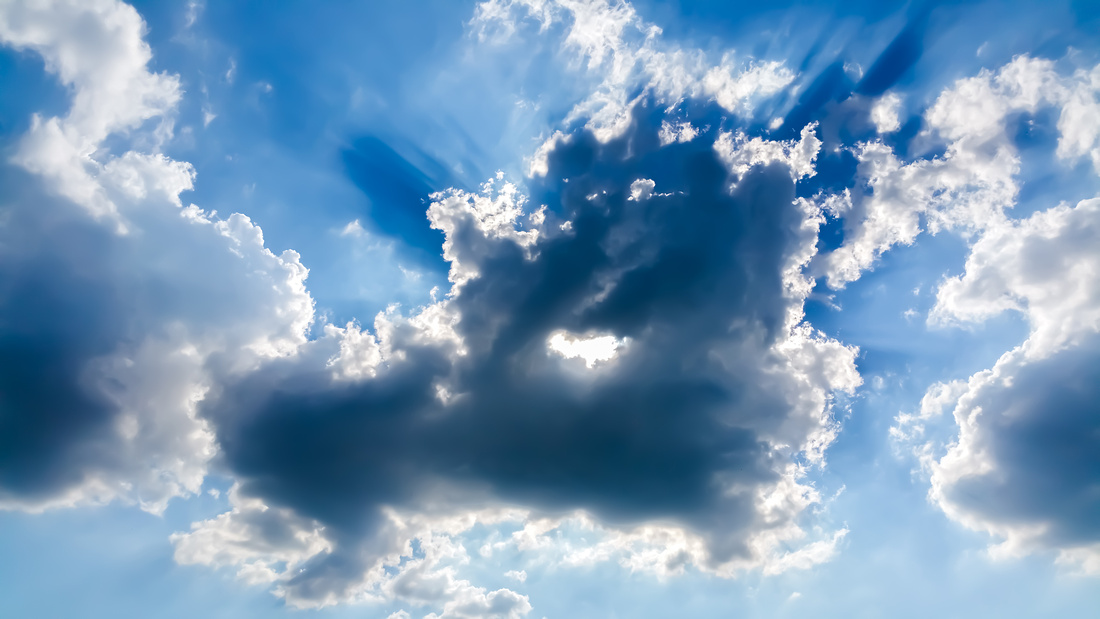 June is peak season for pretty-well everything along the road.

Firstly, whist the blackthorn blossom disappeared at the start of May, the hawthorn has also now gone the same way, to be replaced in abundance by sprays and sprays of umbellifers lining the 800 yards – umbellifers backed up by thick, flowering brambles. 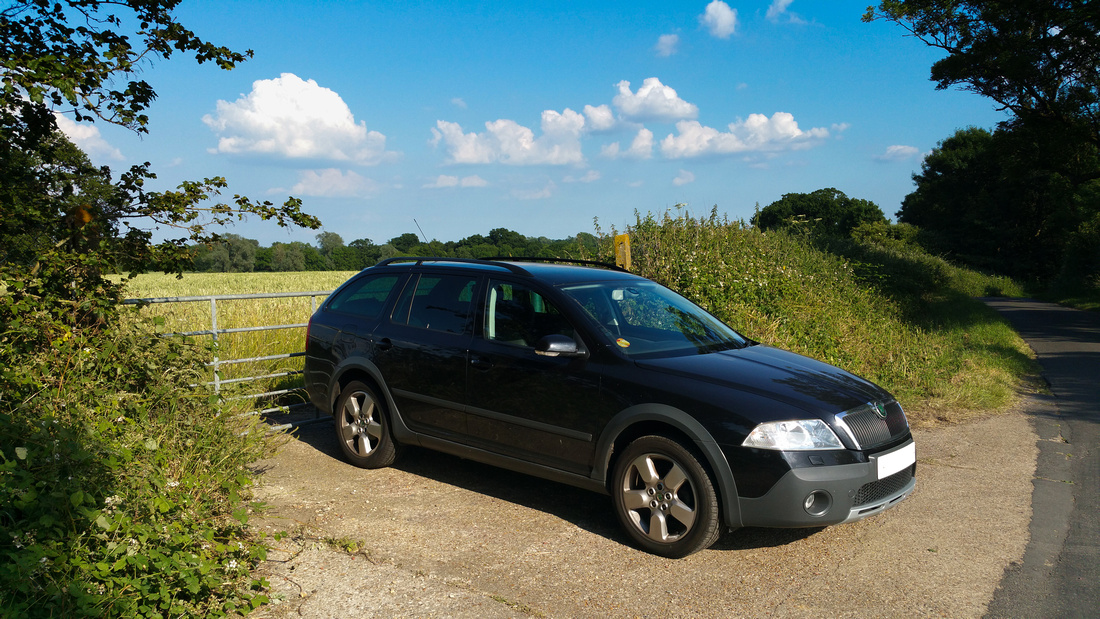 The farmer has made hay, almost literally. Sileage to be exact which has been cut in the last week. I always feel a little sad about this as I’m convinced it’s not just insects that are killed en masse when the grass is cut – Anna and I counted harvest mice nests in a local field which never gets cut a few years ago – there were dozens! 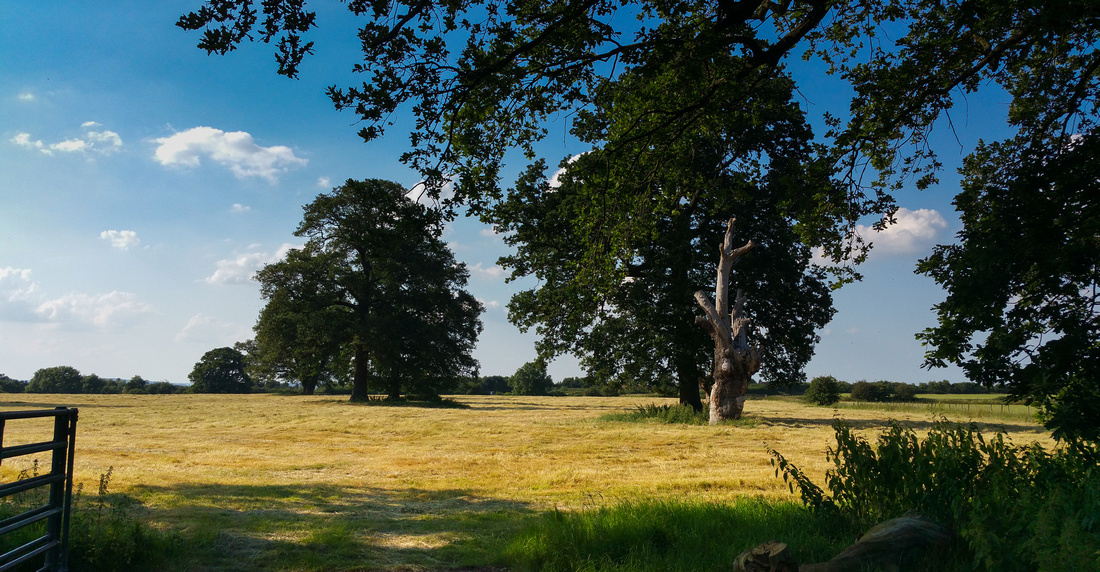 In amongst the thick roadside vegetation, all kinds of meadow flowers are doing their best to get a piece of action, from pale purple marsh mallow flowers to canary yellow horseshoe vetches. All of course are literally humming with pollinators.

A walk along the 800 yards will be punctuated by rustlings from the thick grasses that line both sides of the road. A rabbit kit darting back into its warren, or just as likely, a (relatively noisy) shrew – always on the hunt for food.

The 800 yards at this time of year is thick with insects, from the honeybees (still nesting at the base of their traditional oak), to marbled white butterflies floating over the bramble flowers and indeed dragonflies.

Can YOU spot the insect in the shot below? A close-up is revealed at the end of this post if you can’t! Apologies for these two photos by the way (of this mystery insect) - both were taken with my phone only. 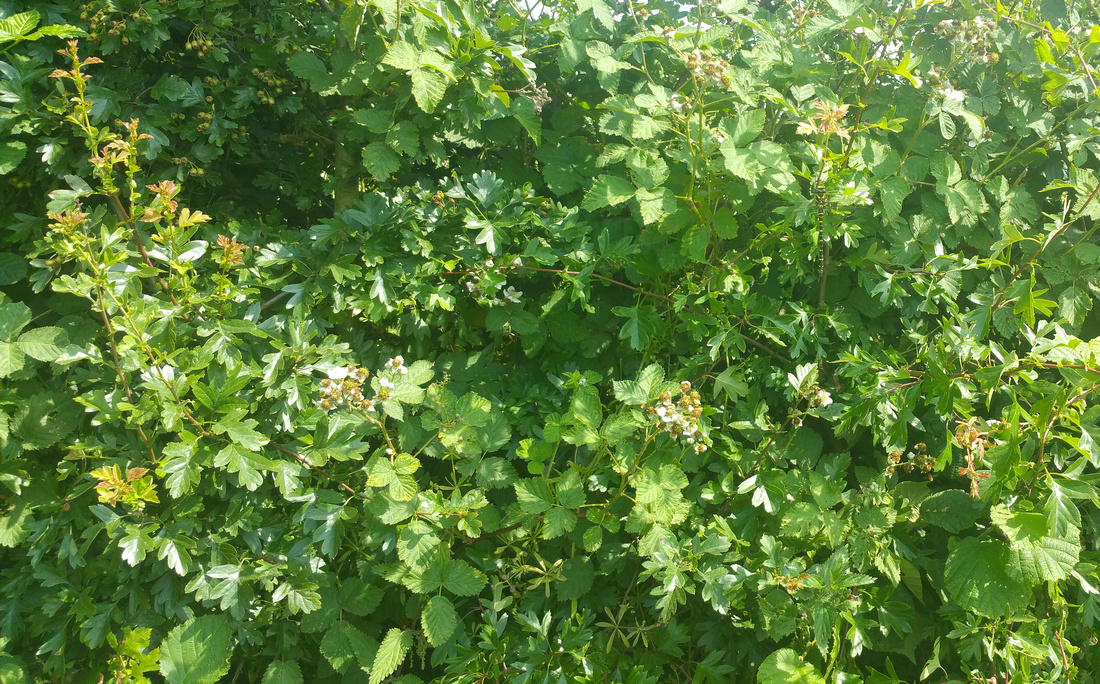 I normally happen across the cuckoos’ favourite food (drinker moth caterpillars) in June – almost invariably wandering across a track or path or road, on the hunt for somewhere to pupate and this June was (sadly) no different.

The below is a shot of a sadly squashed drinker moth caterpillar, squashed by Mr. Pirelli or Goodyear on the 800 yards. (Not by me I should add!) 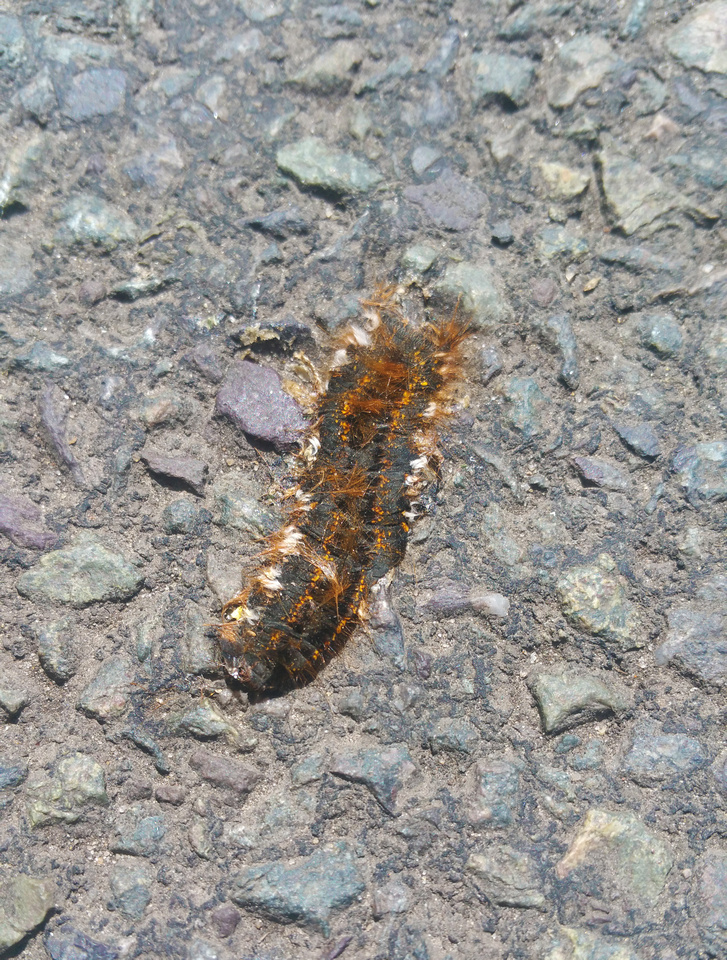 As for the birds – it’s peak season for our feathered friends too.

I still regularly run into the bullfinches, who, I assume, have nested by now, ditto for the song thrushes and linnets and goldfinches.

My walks along the 800 yards now are always punctuated by the indignant raspy shouts of whitethroats hidden in the brambles and hedges but who are never happy to see me.

I haven’t seen the pied wagtail for a good two weeks now so, again, like the bullfinches, I assume his nesting work (or feeding his nestlings work anyway) is done at least for now.

The kestrels seem OK. I watched the male chase the chocolate buzzard around a blue sky above the 800 yards the other day (look hard at the photo below). 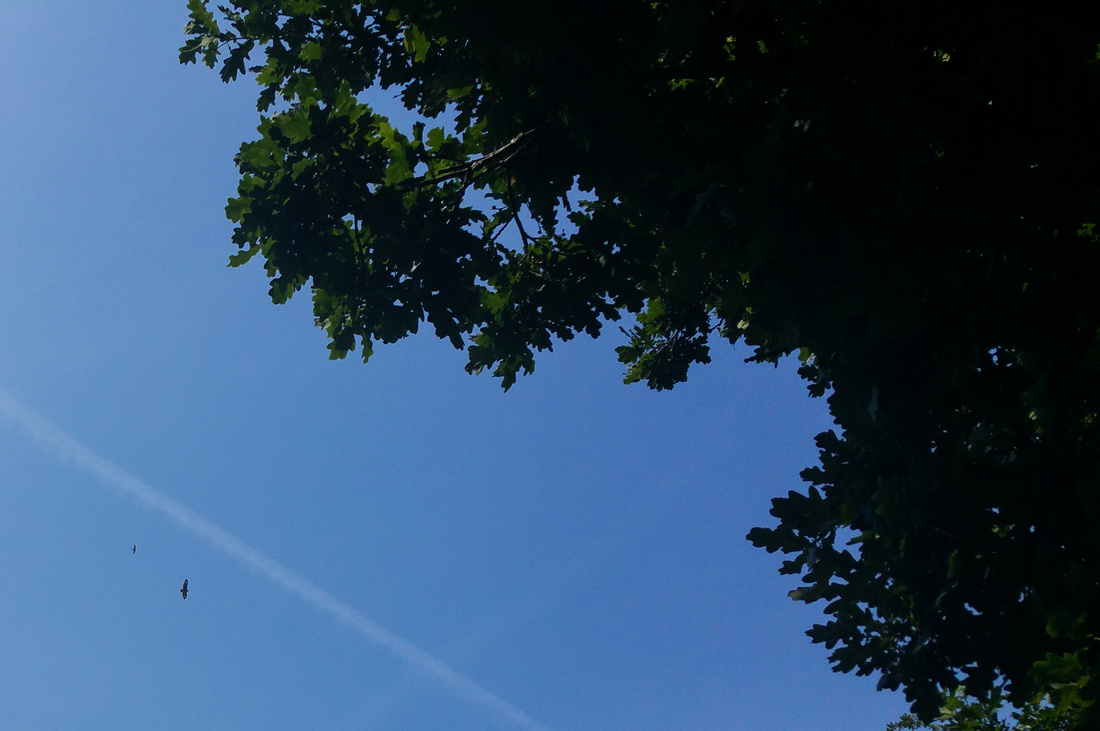 As for the kestrels’ nest – well… I assumed the female was on eggs in the box throughout May and caring for her brood almost full time for the first fortnight in June – but yesterday and today (23rd and 24th) I’ve watched her sit on the barn outside the box for some time. I now assume either the nest failed or the young are now big and old enough to allow the female out of the box to help her mate hunt for the nestlings. If that is the case, they’ll fledge in a fortnight or so.

The thing which worries me though about any young kestrels is that I can’t hear them. I have plenty of experience locating falcons’ nests by hearing them first – and I can’t (for some worrying reason) hear this nest.

Time will tell on that one I guess.

I’m not sure about the barn owls either right now. I never am to be fair, in the summer, as I’m almost always asleep in the 6 hours of dark at this time of year, when these birds are hunting. I’ll take a day and night off soon perhaps to check to see whether the two spots I KNOW barn owls (PLURAL) were roosting have produced young this year and hope to let you know -  certainly if the traditional barn owl tree on the 800 yards has produced a barn owl family anyway!

Talking of owls, a nice surprise for me yesterday as I chanced across an adult little owl on the 800 yards – which I’ve not seen since the winter, when the oaks were bereft of leaves.

This adult little owl was hidden in thick oak foliage, but a loudly ticking wren gave it away to me and as I sidled up to the large, hollow oak, the owl turned and glared at me with big black and yellow eyes and burst out of the foliage.

Finally, we seem to have a lammergeier on the 800 yards.

The zoologically-knowledgeable amongst you will know that the lammergeier is otherwise known as the bearded vulture or ossifrage; ossifrage because of its habit of eating bones, or bone marrow anyway.

The lammergeier will locate a carcass, fly high into the air with a bone, drop it from height onto the rocks below and then fly down to gorge on the delicious bone marrow which has been exposed in the shattered bones.

We have a local butcher (by the look of things) dumping skeletons (well, spines, leg bones etc but no skulls) of animals (I’m not sure which – perhaps deer, sheep or pigs) occasionally but regularly along the 800 yards.

This clandestine tends to attract down the omnipresent red kites and also excites the local foxes. But in the last month, the carrion crows, sorry, lammergeiers (whoops!) are now becoming bone marrow eaters too.

Clever birds, crows. The shot below shows one of these dumped thigh/hip bones after getting dumped onto the 800 yards by a crow as I walked below with a camera. 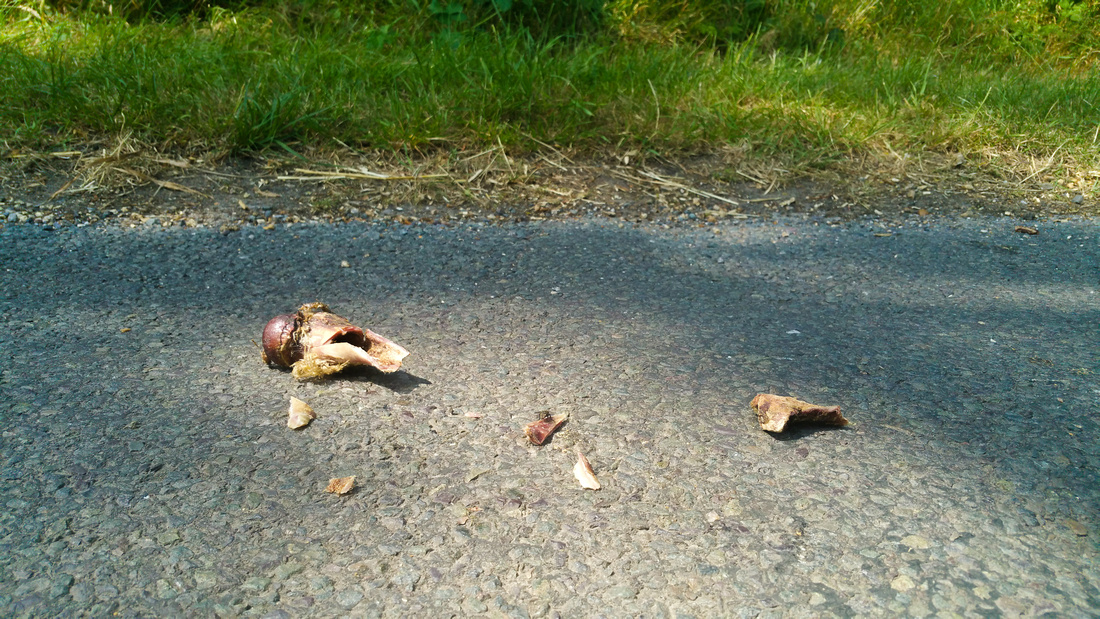 I don’t suppose this is the first documentation of a carrion crow behaving like a lammergeier in the UK by smashing bones on tarmac to get at the marrow -  but it’s the first time I’ve seen such activity!

Have a lovely rest of the month and an even hotter July eh?! 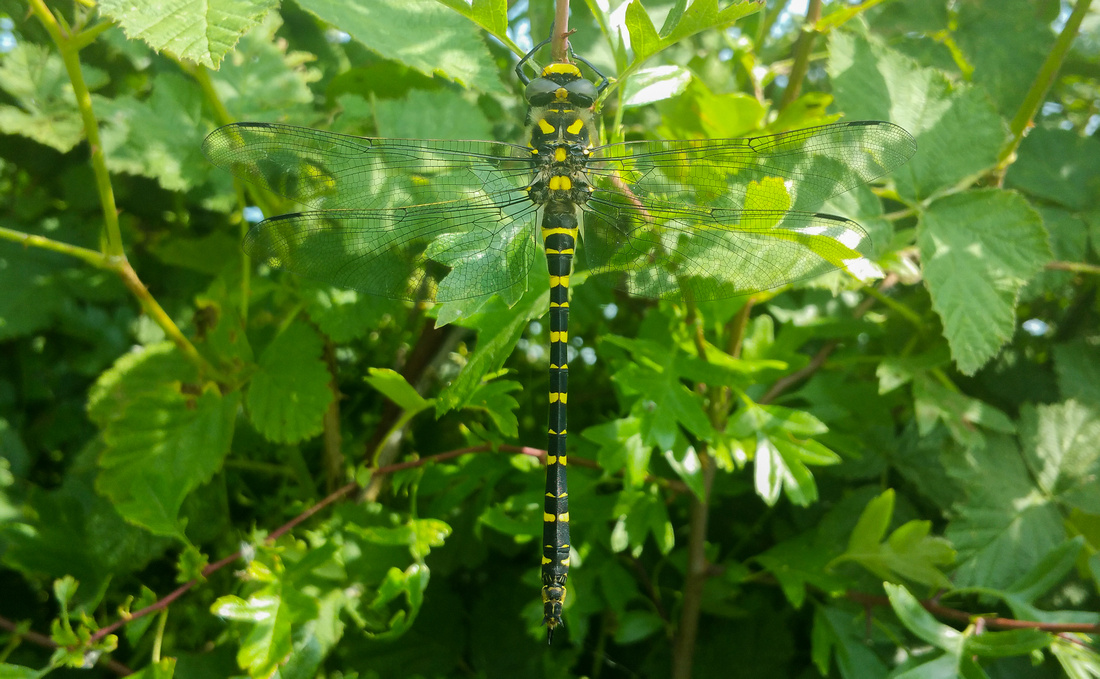