Regular visitors to this blog may know that I’m effectively in rehab (or recovery I suppose) after herniating a lumbar disc twice on the last day of September 2016.

This is taking a huge toll on me – primarily because I’m having trouble sleeping because of the pain, so any exercise doesn't get much "damage recovery" at night. I'm slowly getting better... slowly aching less. I walked past a parked transit van t'other day and thought for the first time in MONTHS... I think I could push that over tonight... rather than thinking I can hardly even walk... so I know I am improving, physically and a little mentally, albeit at snail's pace.

That said, walking for 5 miles a day (I’m on a day off today after walking for over 100 miles in the last month – without a day off at all and my feet and legs are KILLING ME!) does have some advantages.

If I haven’t got my i-pod shuffle headphones in (listening to the prodigy (which may explain the blog title to you, (if not use this hyperlink) to keep me walking quickly) I can listen to the birds flying around the ‘hood.

Last week, last Saturday to be exact, I heard some waxwings tinkling (in a pulsating rhythmical way, cough) away in the tops of some tall birch trees near the house as I walked beneath.

I peered up and yes… 5 waxwings were there.

I hadn’t seen them in this part of the world (or at all for that matter) for a good few years (the photo below and this blog post details that experience in early 2013 - so four years ago now). 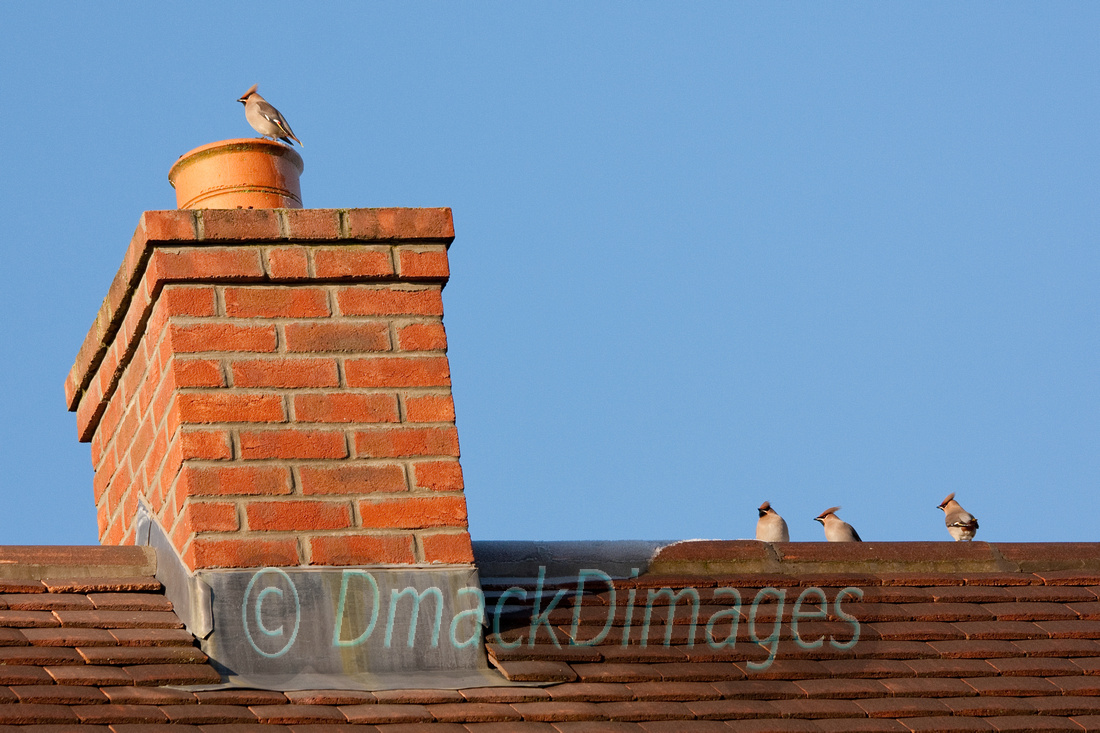 I walked on (I time my walks and listening to this song as I often do on power walks or workouts (it’s the BEST!) means I’m often on a mission to beat my record time) and as I approached home about 15 minutes later and got nearer an apple tree (detailed in my last blog post) I kept my lug ‘oles and peepers well and truly open for waxwings.

And LO! So it was! The apple tree (near the silver birches) was full of fieldfares AND waxwings (well… 5 waxwings anyway).

Wonderful stuff… such a pretty bird.

I reported the sighting to Berks Bird Club but unfortunately didn’t see them again on further walks that day.

Later in the week however, “my” waxwings were reported feeding from another apples tree in north Bracknell about 500 yards from where I first saw them.

They’ve now been at this alternative apple tree every day for the last few days now – and have drawn quite a crowd of retired male birdwatchers it seems.

The photo below was taken this morning. I'm not sure if the birdwatchers even knew I was there taking their photo - and I don't think they even noticed the lovely blackbird dancing about in front of them, in a vain bid to take some attention away from the flamboyant waxwings no doubt! 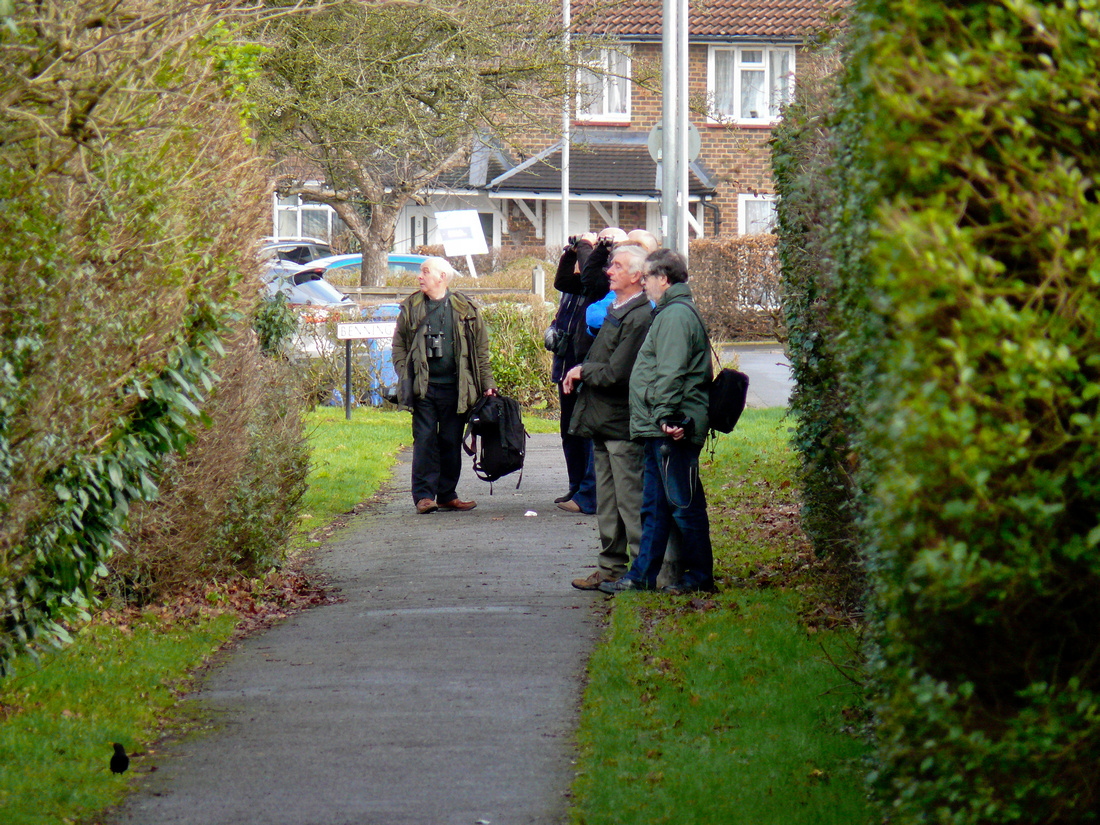 They'll run out of apples there before too long and I hope then they return a few hundred yards west to my 'hood, to feast on a fully-laden cotoneaster bush that I've been watching all winter. To be honest I'm not sure why they're not there already!

This winter of 2016/2017 was billed as a “waxwing winter” where large numbers of these Scandinavian bohemians would “irrupt” into the UK (the east mainly) and delight twitchers and birdwatchers all winter as they gorged on any remaining apples and berries left by our thrushes.

Well.. this winter hasn’t been quite as good as the last waxwing winter (in 2012/13) as these local waxwings here have really been the only waxwings reliably reported in the whole of Berkshire all winter) but there’s clearly something about Bracknell which waxwings like.