Summer would win the smelliest season prize wouldn’t it? The smell of barbecues, sun-tan lotion and sweat (body odour!). Winter would probably come last in any such competition, most might say. But not right now, I’d suggest and probably not at all – it all depends on just what you’re catching a whiff of in your twitching, flaring nostrils.

I’m walking five miles a day at present, in a bid to give my back some sort of strength back after very painfully herniating a disc in my lumbar vertebrae TWICE at the end of September last year.

It’s not easy to walk such a distance with a knackered back and a set of back and hip muscles which have locked tightly into place to avoid any chance of repeating the violent electric shock suffered by people who slip a disc. I make the five mile walk easier by breaking it down into 1 mile laps, which I complete five times throughout the day. Each lap takes me about sixteen-eighteen minutes and takes in a mile of mainly suburban land surrounding our house.

I quite enjoy these walks at present (they’re getting easier and easier as my poor back learns to relax again) and they give me a chance to take a look at the local wildlife (birds and foxes mainly).

We’ve had a week of lovely winter weather now. Hard frosts at night, very little wind and sinking, static, almost stagnant air certainly after the sun has gone down – and gin-clear, sunny days which lift the spirits. 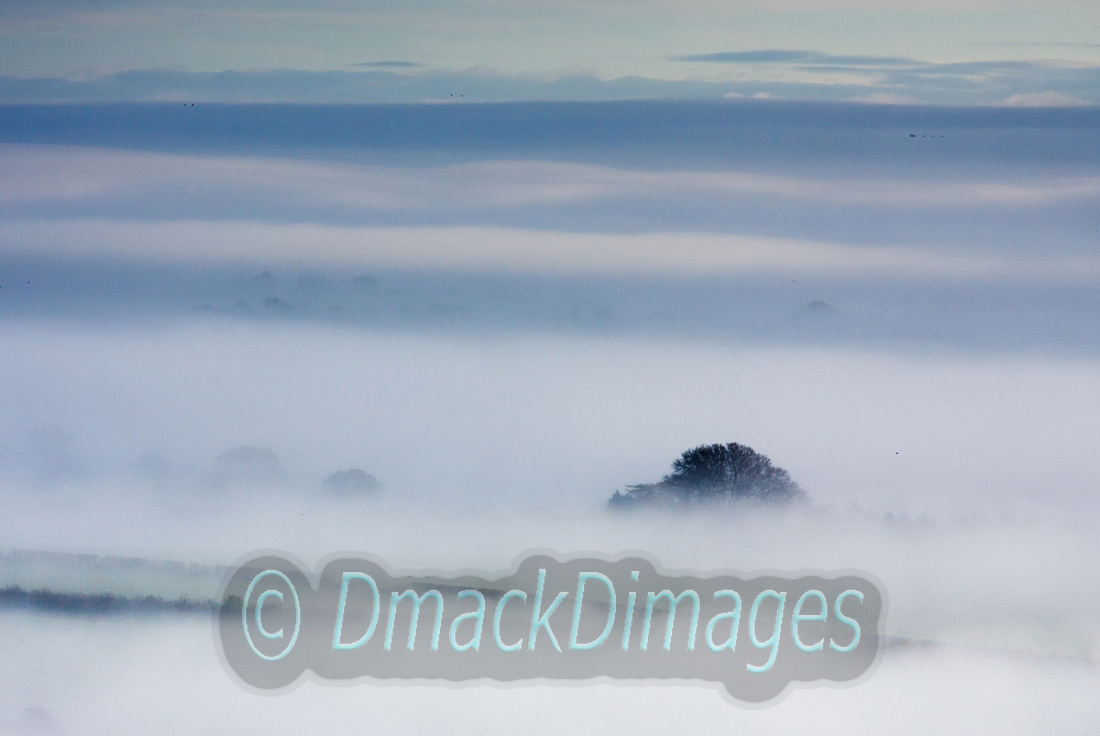 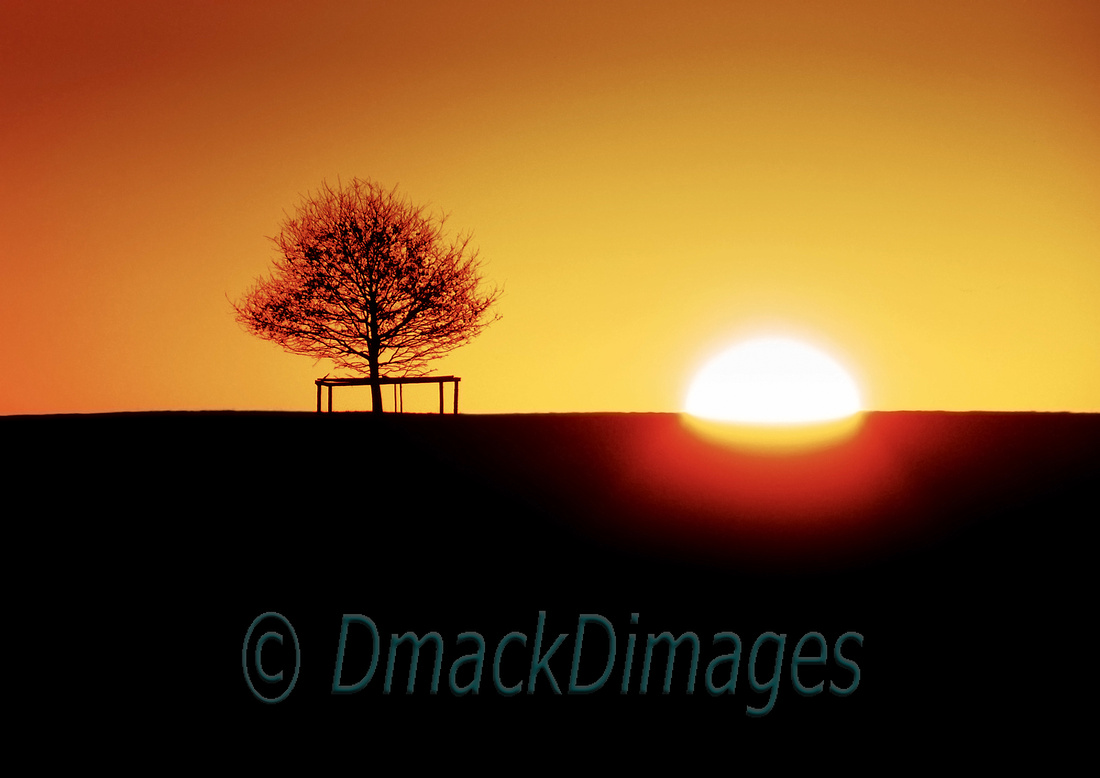 This type of weather brings with it though what I call “Cauld Reekie” (my paternal Grandfather came from Edinburgh -  forgive me) – and this has been more true than ever ‘round here during the last week, in this cauld reekie weather.

My night time walks (well… night time at present is any time after five o’clock!) are certainly pretty cauld and reekie. The mercury has already dropped below 0c by six or seven o’clock in the evening, and the cold air has sunk into low pools. No wind means anything smelly just tends to sit and linger. I can smell someone’s cigar from down the road an hour after they’ve gone back inside to watch the rest of the match. A randy (at this time of year) fox will have emptied its bladder on a low bush by the school and I’ll be able to smell that pungent stench fifty yards away. 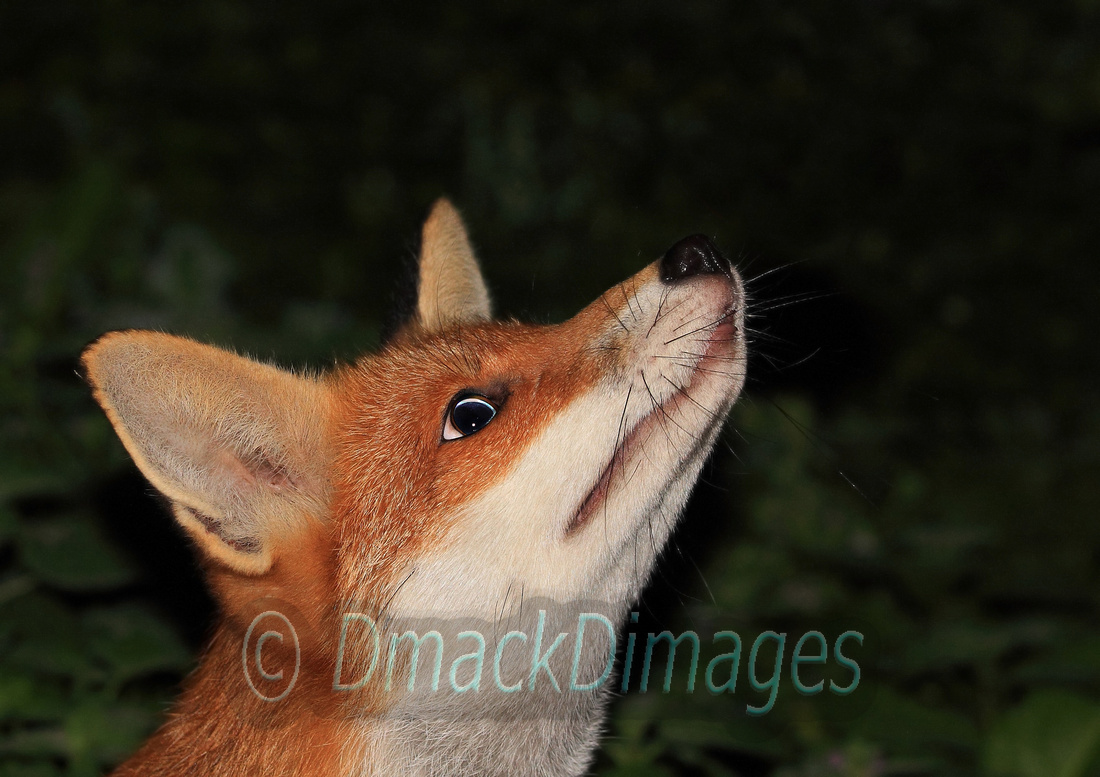 The family down the road are tumble drying their clothes as the washing line just won’t get the job done in January… and I can smell the warm, wet, steamy, floral air from the tumble dryer outlet before I see it.

Dawn (what… seven a.m. now?) and I’m walking again. People are warming up their cars, pumping large, stubborn clouds of exhaust into layers over driveways and roads, which I breathe in. I can literally trace the movements of the local foxes from the previous night as the bushes, tree trunks and even gritting bins stink of fox urine. The local school caretaker is puffing on a cheap cigarette at the school gates – at this time of year in this weather I can tell when he’s lit up from the smell from 100 yards away, within a minute I’d say.

My afternoon walks take me under three apple trees on a local cul-de-sac. These low trees (no more than fifteen feet high I’d say) were heavily-laden with apples only a fortnight ago… until the weather changed and the winter thrushes descended en-masse to feed from this very rich energy source at this very cold time. 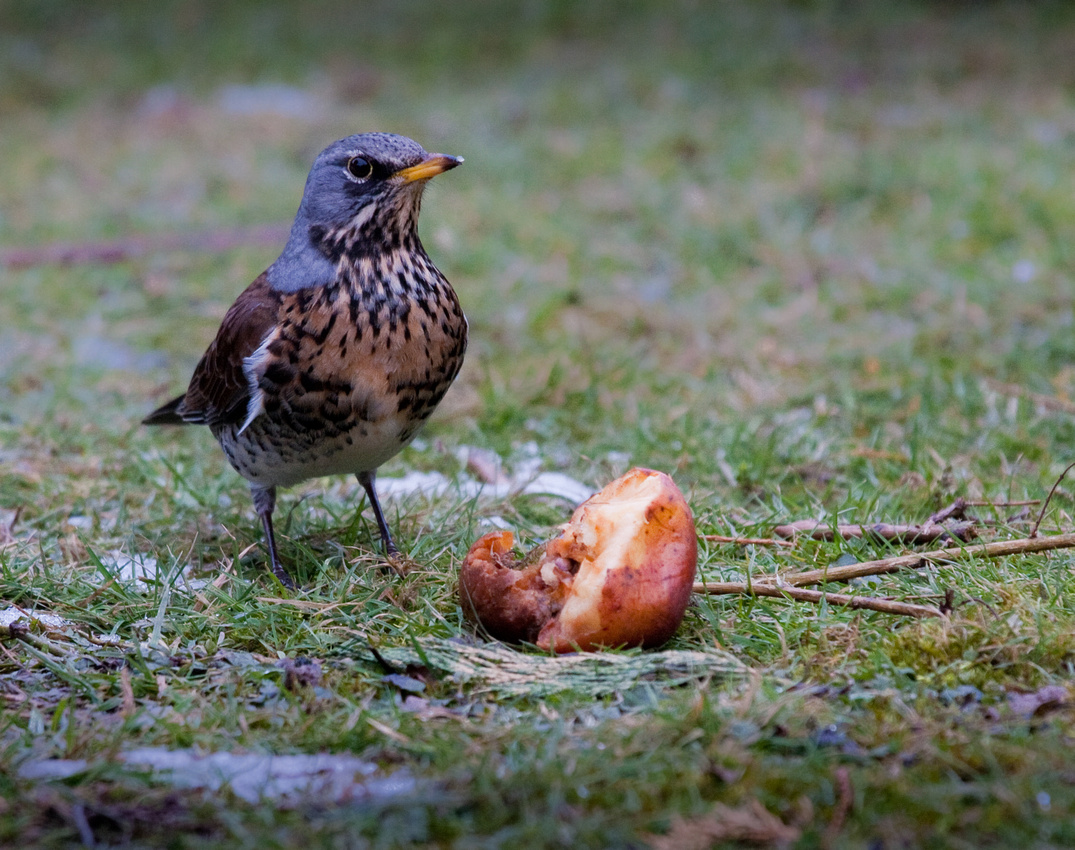 I walk under these trees five times a day, probably four times during daylight hours – and each time I get close, clouds of fieldfares and redwings erupt from these low trees in an explosion of chat-chat-chat-chatting. There’ll always be the odd thrush (generally the bravest or laziest redwing) that’ll just stay put as I walk under the trees and watch me as I eyeball it back from about six feet away. I’ve been lucky enough to see a bright pink bullfinch on these trees once too – and black caps aren’t uncommon either. Mainly though, its fieldfares and redwings and they’ve made serious inroads into the fruit over the past week. Fieldfares aren’t small thrushes and in their hungry-exuberance, they’ve knocked dozens of apples off the tree onto the unyielding pavement below. Below these trees now is a squidgy mess of apples, which ferment in the sun all day and then freeze at night – and I (of course) can smell this too. It’s not an unpleasant smell – rather like a strange sort of scrumpy – but it’s really only at this time of year, after years like last year (“apple years” (one year on, one off)), during cauld reekie weather like we’ve had for the past week that this particular reek is most reekie. I think it was Thursday last week when the mercury rose to as high as 8c by three o’clock here that these three trees and the mess below them made the whole road smell like a cider factory.

The short video below shows these trees and in this 30 second clip, at least a dozen fieldfares springing into the air. It was shot with my mobile phone (on its wide angled lens - in reality these birds are only ten feet or so from my head).

I hear we’ll have a few more days (and nights) like the last seven this week, but it may warm up a little by the end of the week, the blocking high pressure will move off a little and we’ll be subject to our more normal low pressure systems coming in off the Atlantic – and with them the rain perhaps and more importantly the wind and a movement of warmer air.

Cauld Reekie doesn’t last long – and even though we may get another snap before Spring, I always like to make the most of it whilst it’s here.

I’m off then. For another walk ‘round the block. With my nostrils flaring and twitching like an otterhound’s.

Don’t have me smell the air on my own though grapple fans. Get out there and smell it yersels.