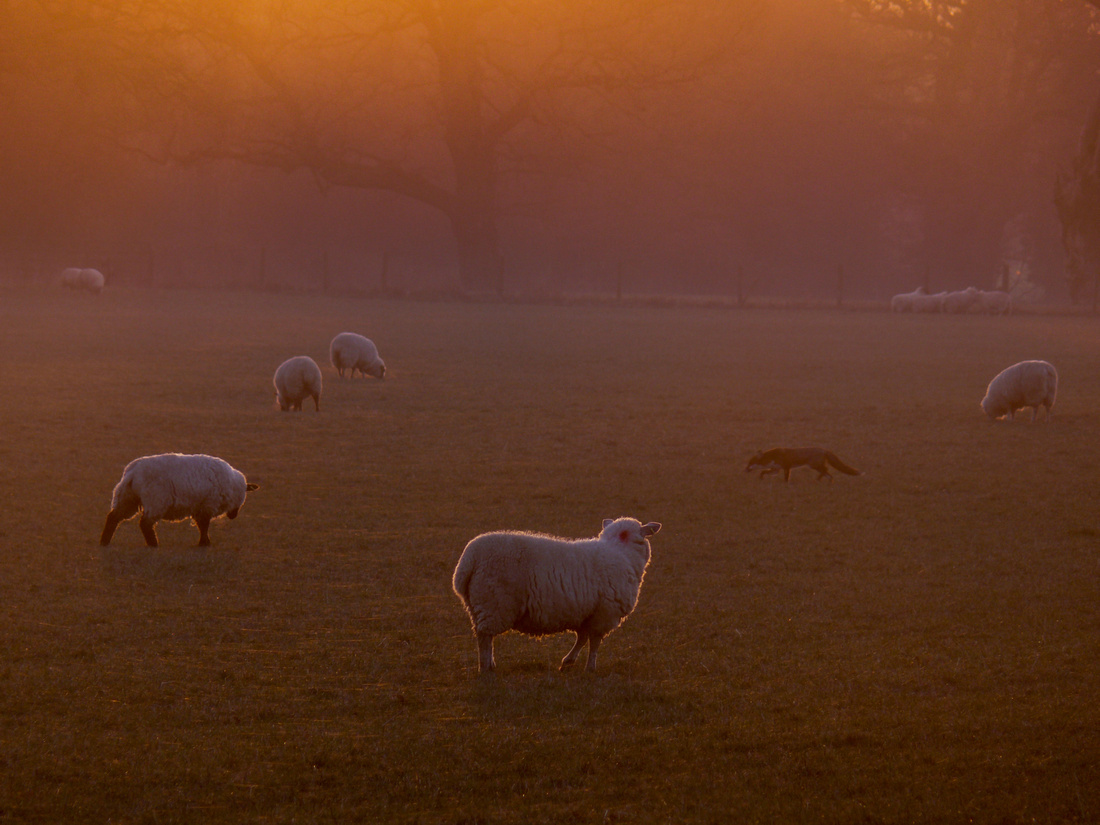 I’ve never been a huge fan of February. A miserable month generally; often the coldest of the year, probably the month when any snow is most likely to fall and by this month it often seems like we’ve never felt warm sun on our backs, it's been so long.

February means we’ve pretty well broken the back of winter and February is almost always the month when things… start… stirring again.

It’s not just the magpies, pigeons, owls etc starting to build their nests / defend their territories that starts in February – other things start stirring too.

Plants generally and the omnipresent imbeciles who (EACH AND EVERY YEAR!) announce proudly that they’ve seen daffodils flowering and “that’s SO early” and that “MUST be climate change” yadda, yadda, yadda.

One day they’ll realise that most of these daffodil strains WERE PIGGING BRED TO FLOWER IN WINTER – and they flower each winter… just as they were bred to do.

On the subject of plants though, a stroll today down the 800 yards of ‘mac revealed a good crop of catkins coming through... 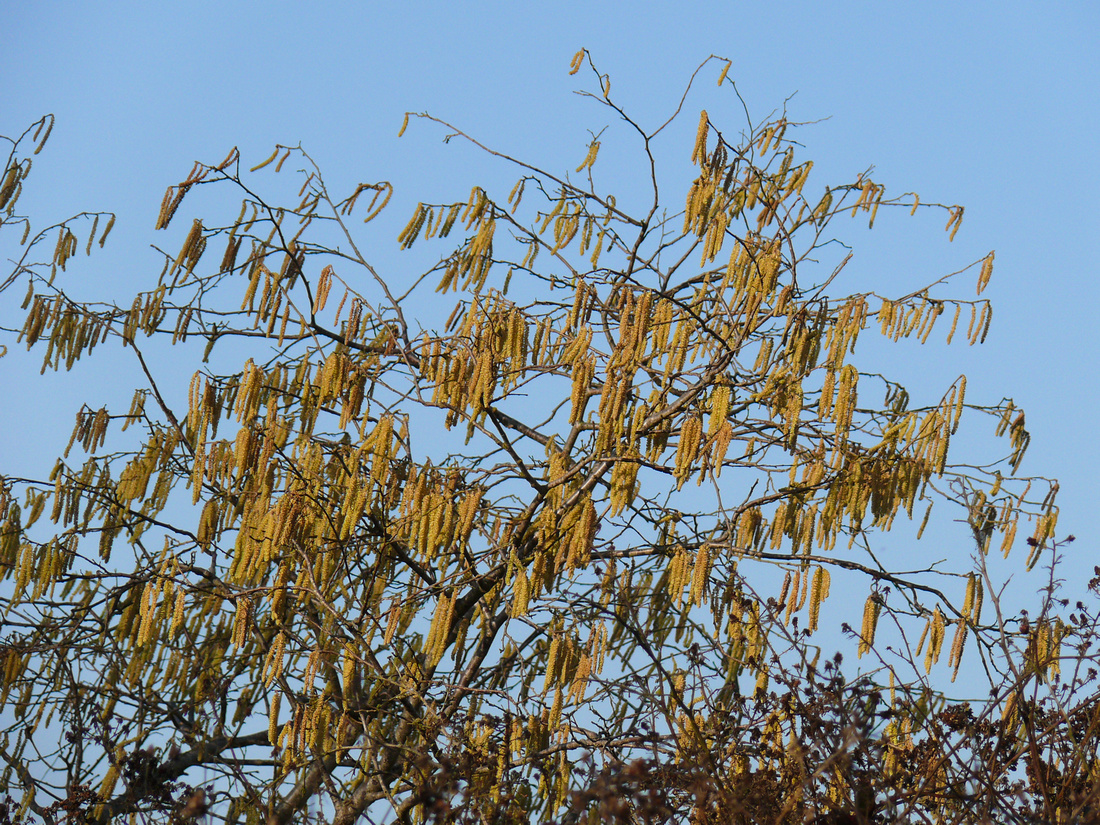 Well… the little owl (reported and photographed last month) has (as I suspected it would) moved on. You don’t really want to build a nest right between two barn owl roosts if you’re a little owl and anyway, there are many, many other suitable nesting trees (gnarly oaks) and even bespoke little owl boxes within half a mile.

The barn owl is still on the 800 yards. Quite often I drive or walk by and see it almost in full view in the middle of the day – seemingly asleep, although once it did peer at me walking by and shuffled back into its hidey-hole like a grumpy old man. (Takes one to know one!).

I've also watched it hunt (from pretty-well exactly the same spot as my trail camera video clip recorded in February 2014) on a couple of nights this month.

At present it is roosting in this superb, gnarly old oak (the biggest hole in the 2nd photo is jusssst about barn owl size and there is a lovely hollow space in the trunk, just right for a snoozing barn owl. 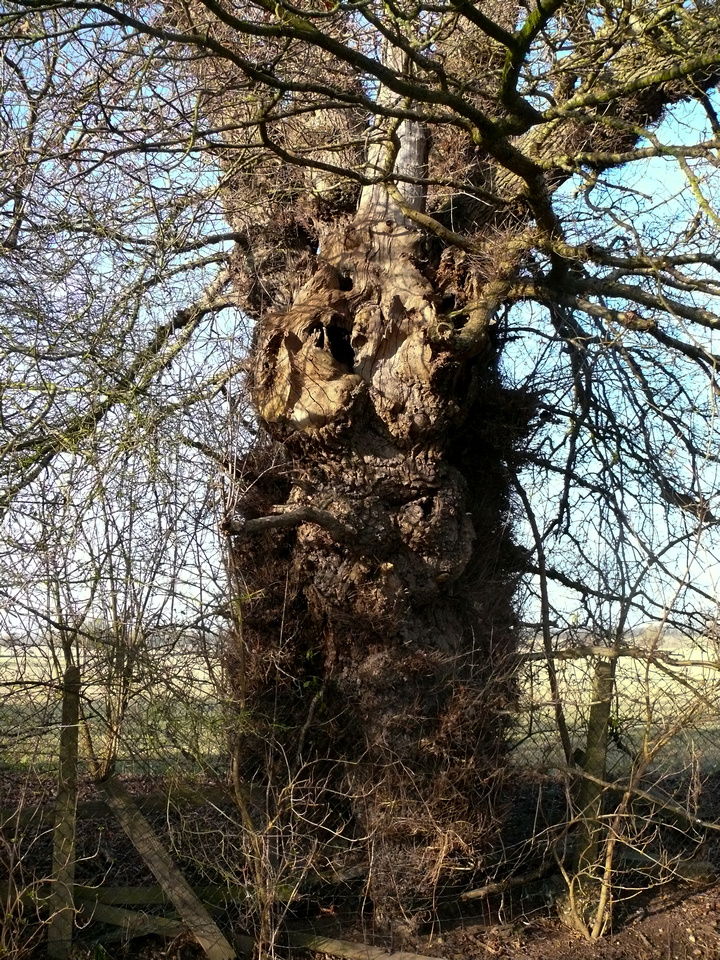 I’m sure I’ve said this before but I’ve seen three (yes three) barn owls on this road. (How do I know that it wasn’t just one owl that I saw three times? Because I saw ALL THREE in flight at the same time). I’m pretty sure there’s only one owl on the ‘mac right now, but this is one of about half a dozen old trees that these owls regularly roost in.

In case you’re wondering if they’re breeding or not – well… they are… but about half a mile away across the farm in a tall, hollow ash tree. I’m almost certain that 2 of the 800 yards of ‘mac barn owls are the breeding pair (or WERE the breeding pair anyway) at the ash tree.

(NB. I should point out here that barn owls tend to breed only once in their life. Miss that opportunity (as many do for environmental reasons) and that’s that I’m afraid. I’m also pretty sure that the barn owls that I regularly chance across around the ‘mac and greater farm are now non-breeders, although I’d be VERY pleased to be proved wrong on that score this year).

The big chocolate buzzard is almost always on the ‘mac at present. I’ve not seen two buzzards yet this year, but I hope that changes as Spring springs forth. The photo below is of the chocolate buzzard sitting on one of its favourite night time roosts at dusk (photographed from the first 100 yards of the 800 yards of ‘mac). 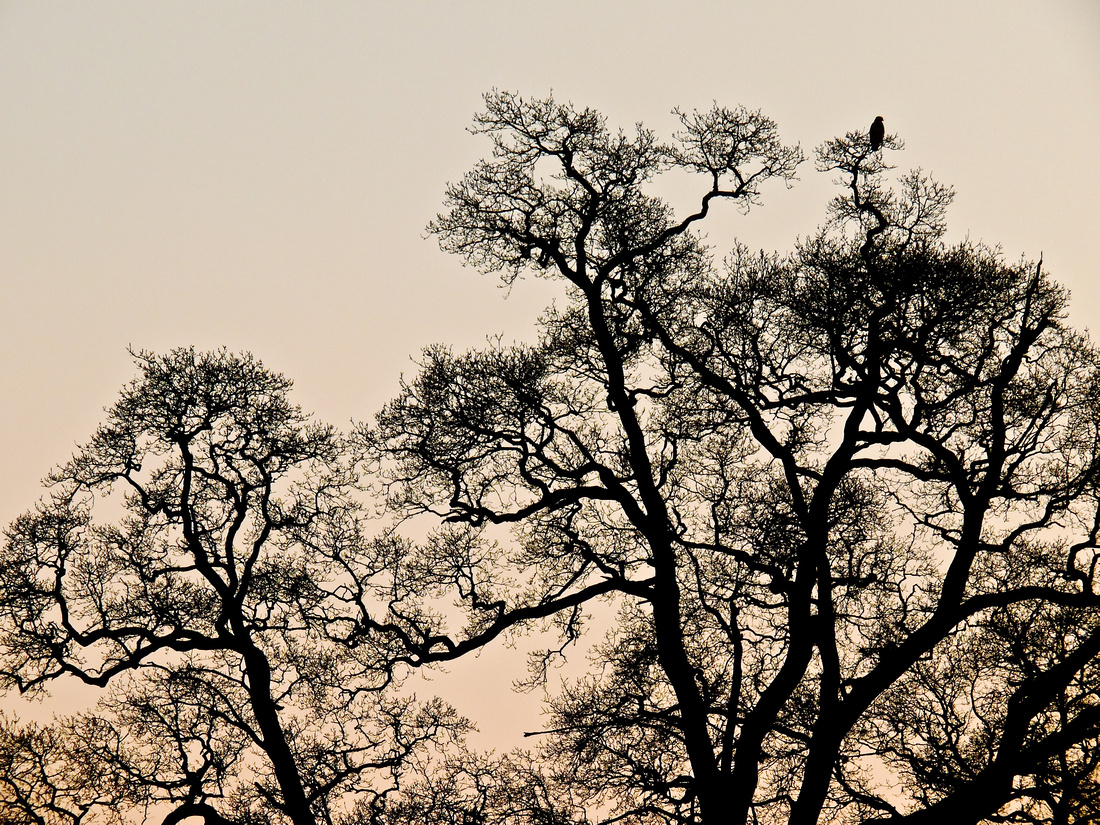 On my walk today down the ‘mac, it was very obvious that the local redwings were looking to get moving back to Scandinavia soon. These delightful winter thrushes tend to arrive in the autumn at night (“tseeping” overhead in the blackness), then spend the winter here, quite quietly fattening themselves on apples and berries but come mid-February and their behaviour changes somewhat.

Redwings in mid-February start flocking in large, mobile numbers and start “tseeping” (contact calling) manically, during the day. I walked up and down the 800 yards of ‘mac twice today on a glorious late winter day and the trees on either side of the road were constantly filling up and then emptying of mobile, “tseeping” redwings as I walked by.

February is ALSO generally the month that I start tripping over bullfinches after not really seeing them for a year. There are reasons for this that are pretty obvious really (so I won’t bore you unnecessarily) but true to form, I followed a pair of white-rumped bullfinches down the 800 yards of ‘mac earlier this month. Twice!

I’ve waffled on for long enough. Far too long actually.

It’ll be March (and the REAL “Moving month”) before we know it, but for now I’ll leave you with two more photographs that I’ve taken from the 800 yards of ‘mac this month so far. 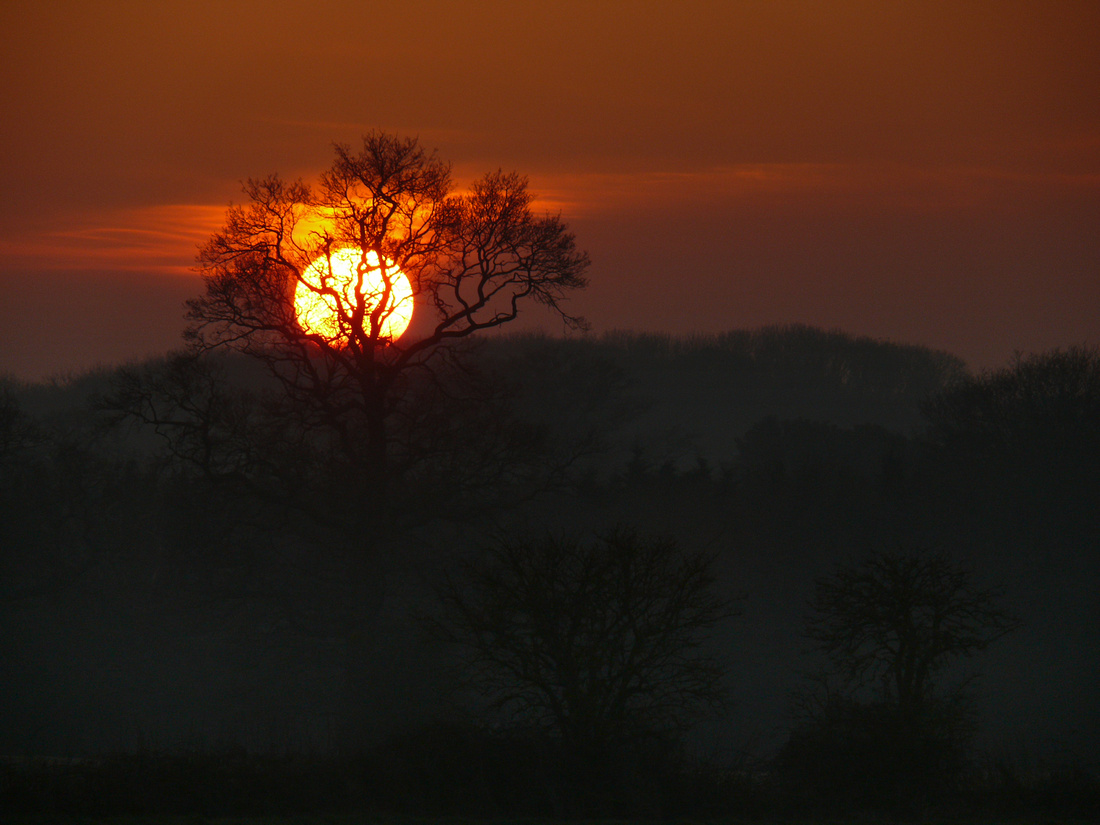