Six days ago I asked the reader(s?) of this blog two "what can you see?" questions.

I've left this long enough, so here are the answers. 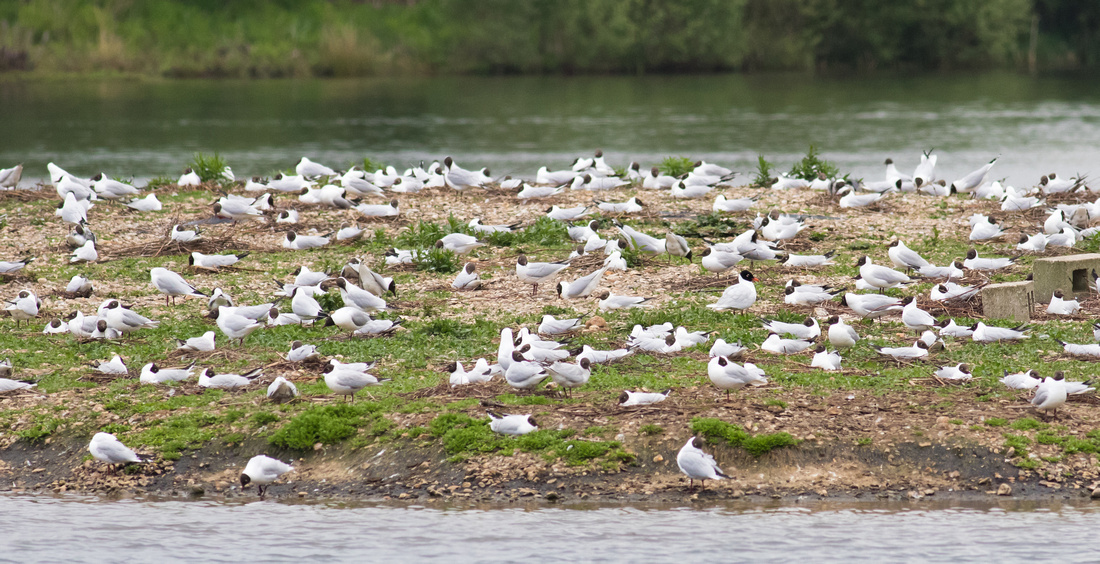 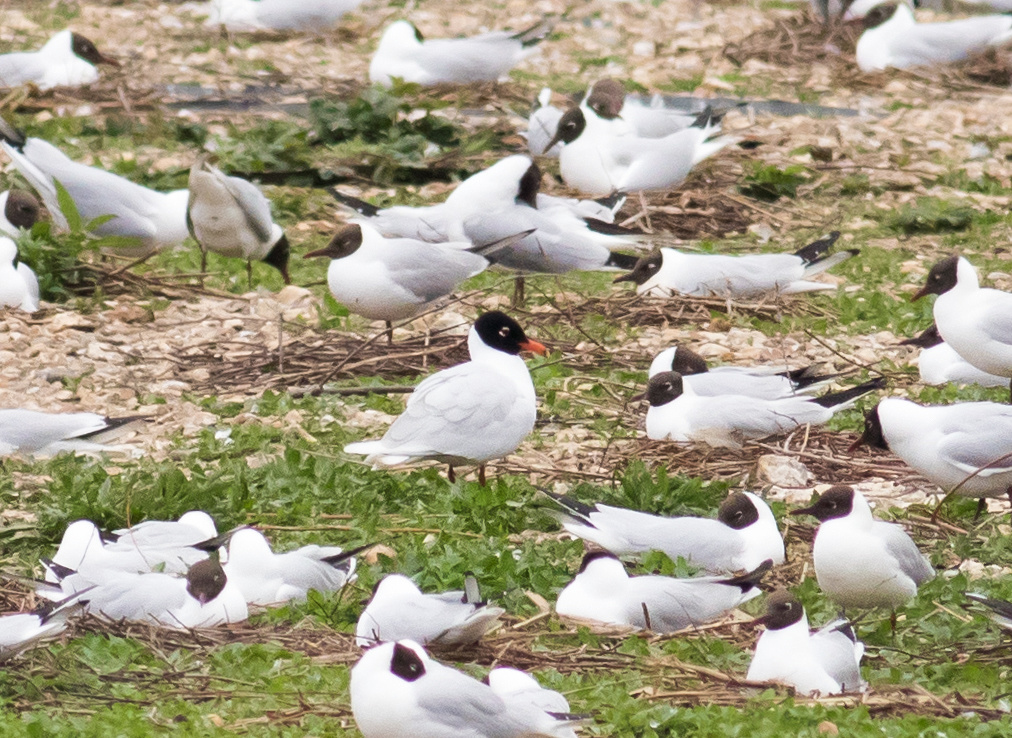 2. The three birds you can see in the photo are a) the obvious black headed gull feeding at the water's edge. b) A pied wagtail in between the two posts at the top left of the image and..... c) A little ringed plover too (see the pink arrow below). 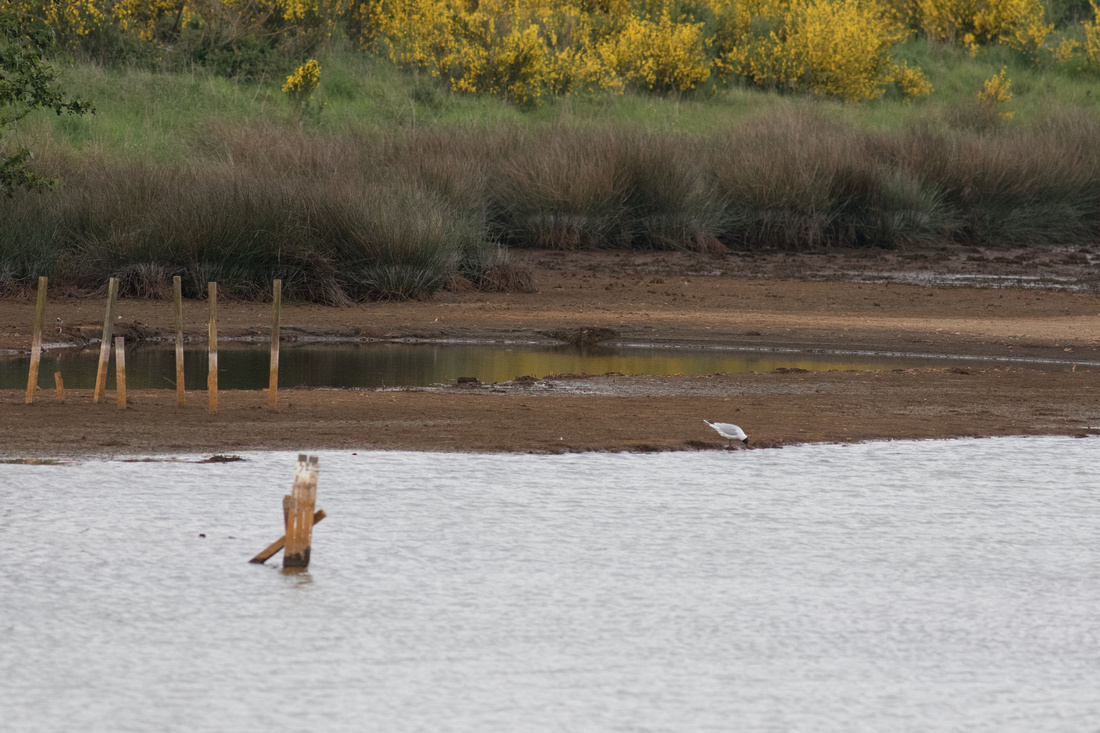 Yes. You'll need better than eyes than that, if you want a shot at my title, you know!