March. And it was all yellow.

The month where I start to get excited.

The month in which Spring errr… springs into life.

The month in which days become longer than nights for the first time in six months.

The month at the end of which, the clocks go forward - and we officially enter “summertime”.

The month in which buds and nascent leaves... 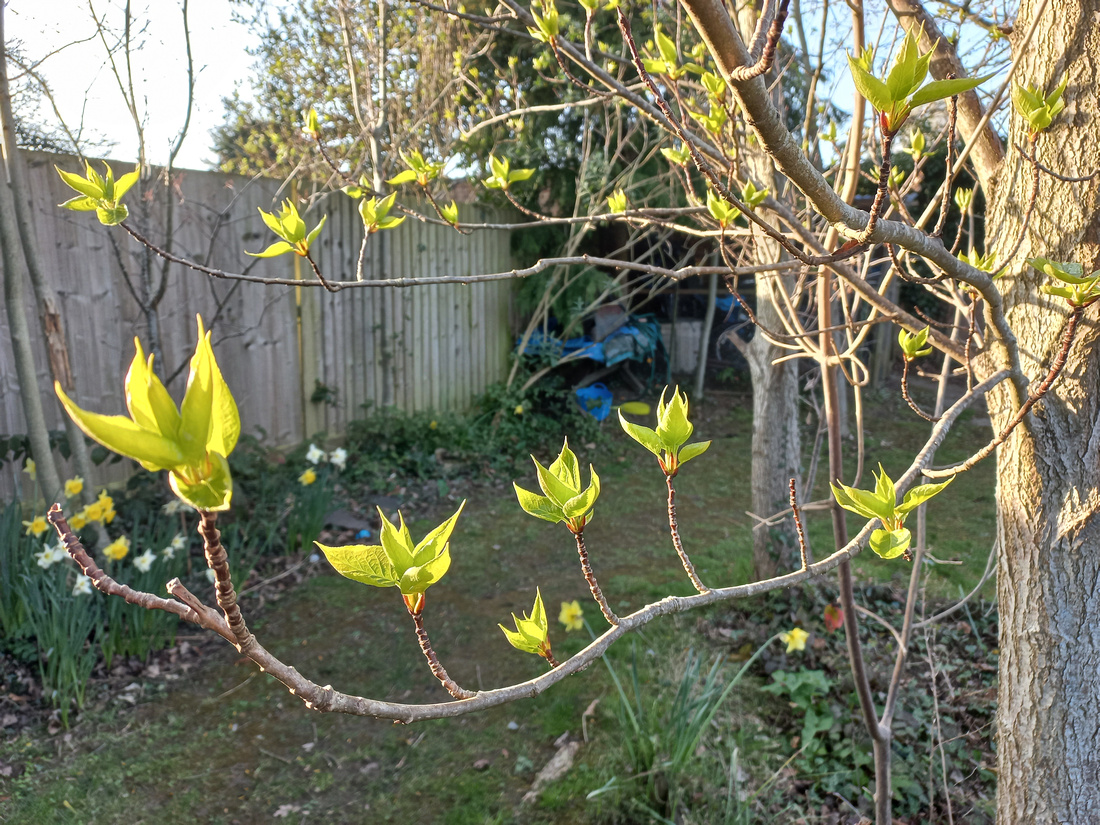 ...appear on trees and grass starts growing with some vigour.

The month in which gorse bushes, daffodils, lesser celandines, dandelions and primroses erupt into a blaze of all kinds of yellow. A yellow which occasionally breaks off into the blue sky and floats away in the form of sulphurous Brimstone butterflies. I love these harbingers of spring (saw my first of 2022 on 22/3/22). Look closely and you'll see that they are actually shocking pink and yellow. Like a flying battenberg cake. 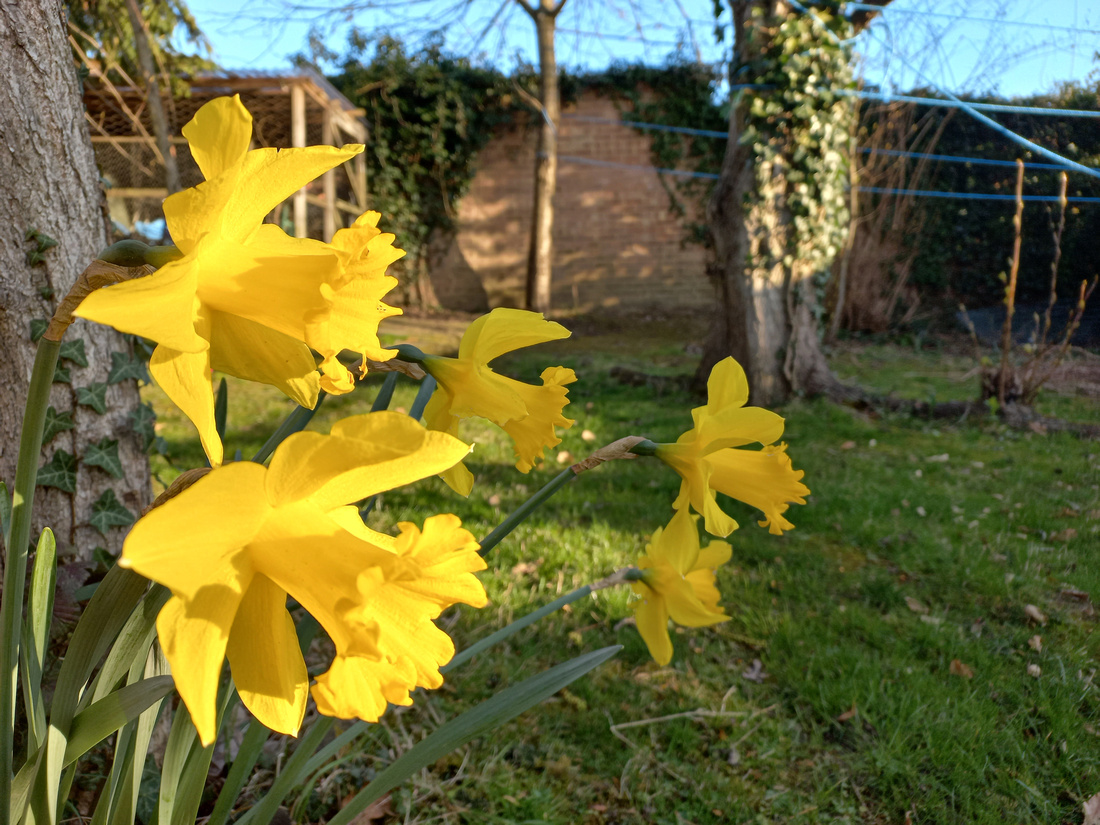 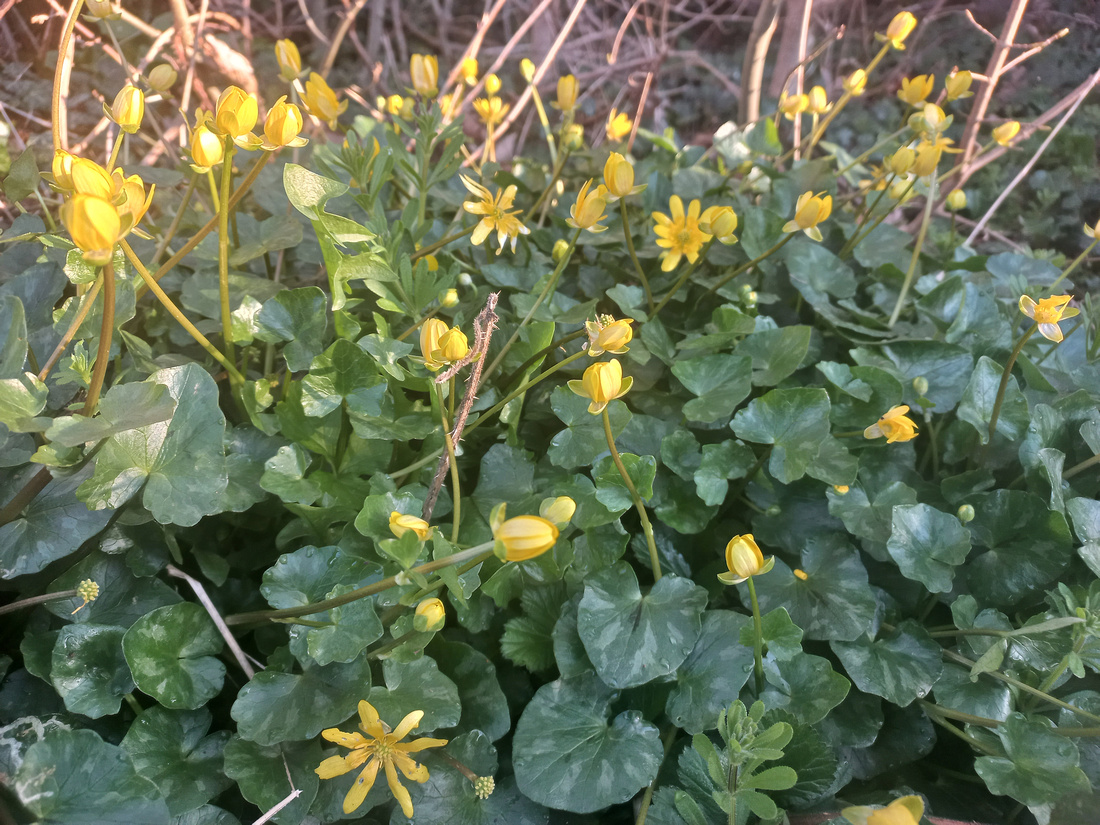 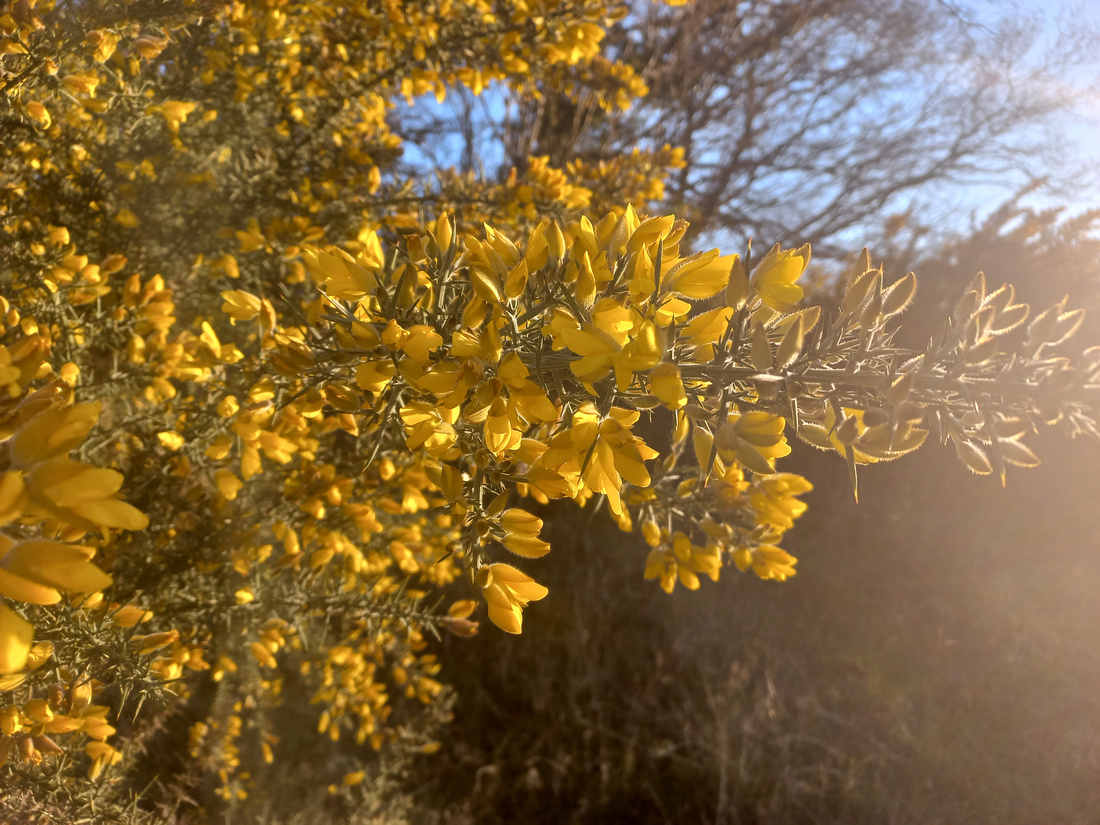 The month in which tawny owls reach their peak peskiness, in terms of loudly hooting mating calls to each other and breeding/egg-laying.

The month in which wrens and nuthatches (yes... wrens and nuthatches) battle amongst the bare branches for loudest song in the wood (I always surprise people when I point out singing nuthatches on walks and they simply never knew that those unassuming birds, together with wrens, are so DAMN LOUD!). 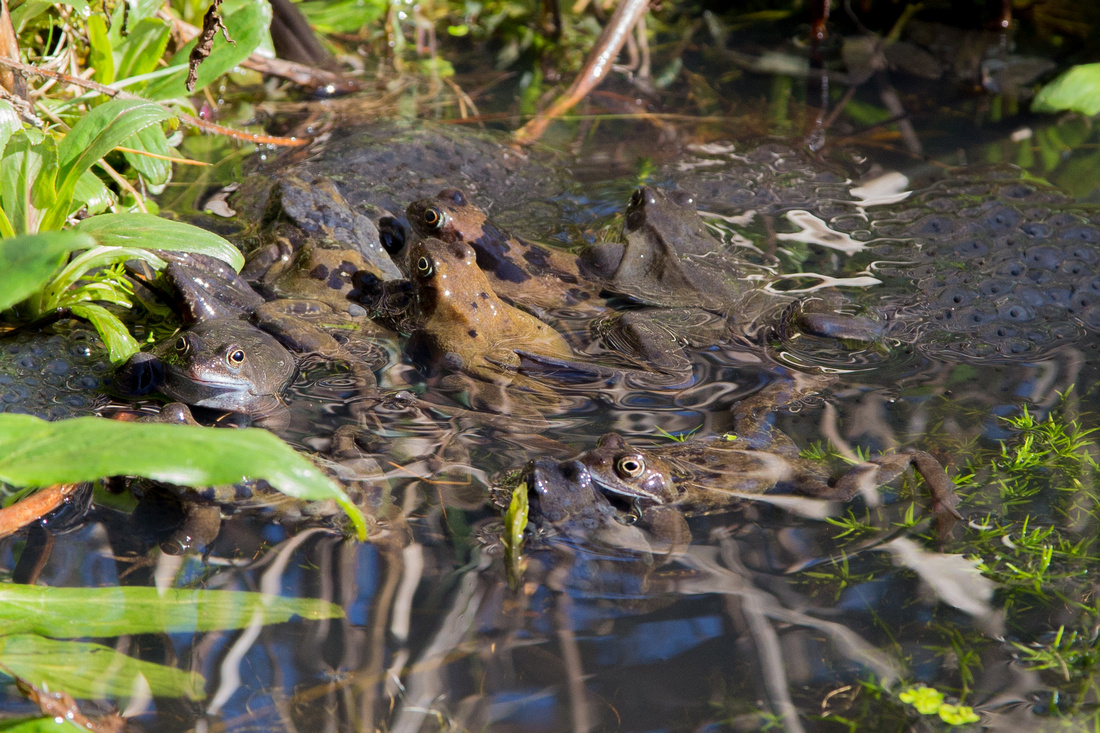 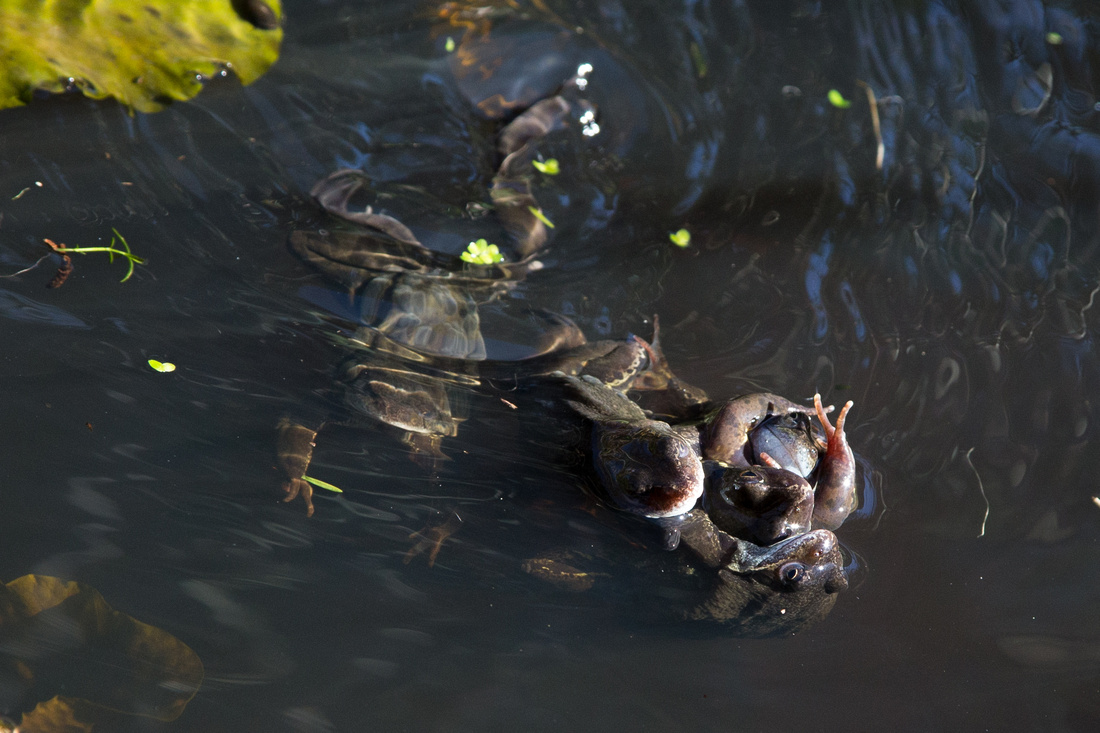 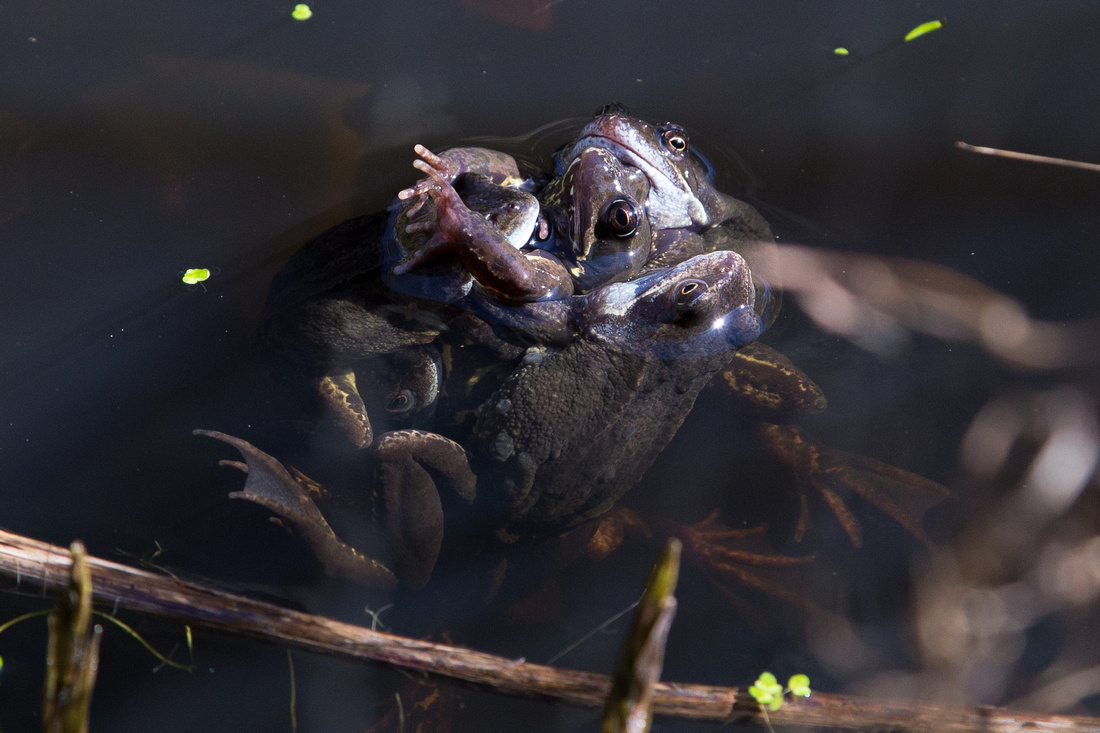 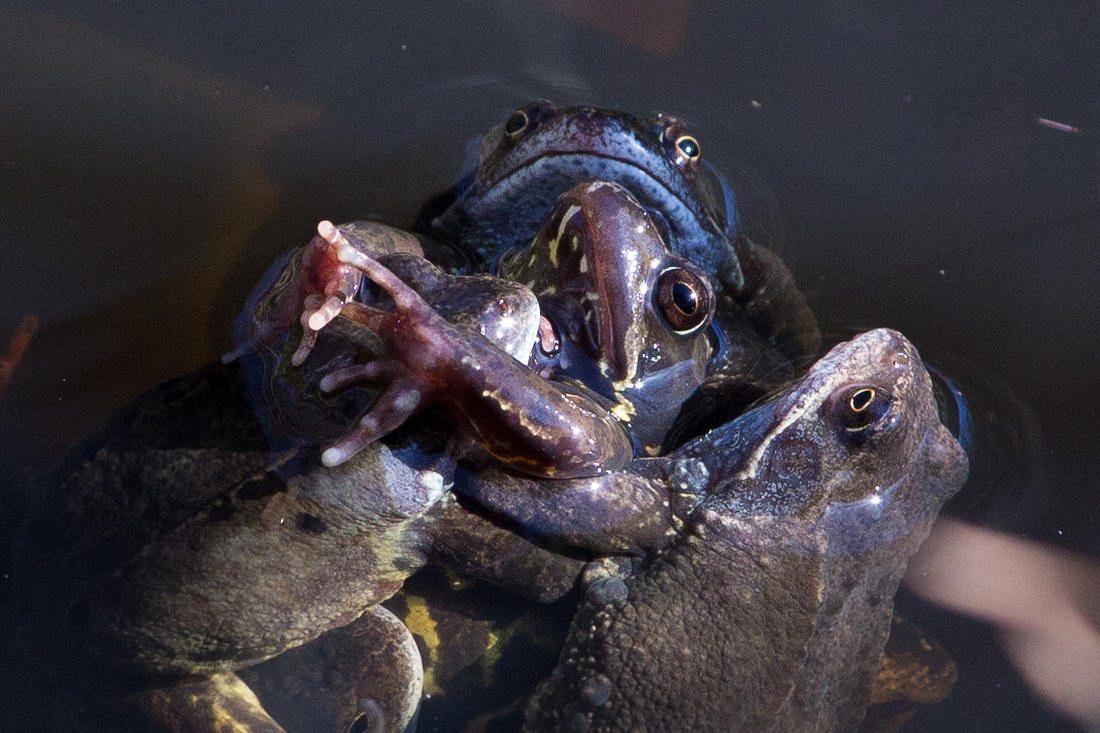 I’ve taken great delight this month to watch all the above. Not to mention taking Ben to see (and hear) his first singing chiffchaff of the year, and a couple of oystercatchers at a local gravel pit, en passage.  Oh… and the first Cetti’s warbler of 2022 too – belting out its song from a thicket near the water’s edge.

The bee-flies have appeared. The first white butterflies have emerged. Bluebells are almost here. The sparrows and blue tits are fighting over our camera bird box. The local jackdaws are taking beak-loads of crud off the roads with which they will line their nests.

We've had a lovely, sunny, warm week across the UK which has really gone some way to dry the ground up and stick two metaphorical fingers up at the weather of the last few weeks (oh God, I've gone and done it now, haven't I?!).

I’ve seen that there has been a white-tailed sea eagle reported nearby, briefly this month, and also yesterday a WHITE STORK OVER OUR HOUSE (I missed it… I was buried deep in a spreadsheet at work).

Finally… I’ve been acutely aware of the birds being reported waking up on my favourite local habitat – lowland heaths, with lovely photos of Dartford warblers and woodlarks spattered all over social media.

Won’t be long now, grapple fans, before the cuckoos and swallows are back. Then it’ll be the nightjars and then the swifts.

And it’s time to start getting out there and breathing it.

This is the time to get outside and drink it all in…. the chase is almost more fun than the catch after all.

I’m sure you, like me, enjoyed March. And the best two months of all are now upon us.

I certainly intend to take my time and enjoy this time of year and I hope you have the opportunity to do similar too.