Not sure I am settled on the title of this blog post as I often baulk at calling some less aesthetically (or otherwise) -pleasing nature "horrible" or "evil" or "nasty" as many do.

OK then. As Max Bygraves might have once said:

"I wanna tell you a storrrrry".

Grab a glass of your favourite poison and I'll begin.

You'll recognise the below (I'm sure) as a few Large (or "Cabbage") White butterfly (Pieris brassicae) caterpillars - on what is nothing more than a Hedge Garlic plant (Alliaria petiolata). Normally, it's the Orange Tip butterfly that lay its eggs on this plant (one egg per plant) but in this case, the Large Cabbage White beat the Orange Tip to it, clearly. But other than that, nothing out-of-the-ordinary here. Well... nothing too strange, other than the caterpillars don't seem to be eating the leaves of the hedge garlic - and are a little... err.... exposed at the top tips of the plant, you might say (and if you would say that - you'd be dead right A). 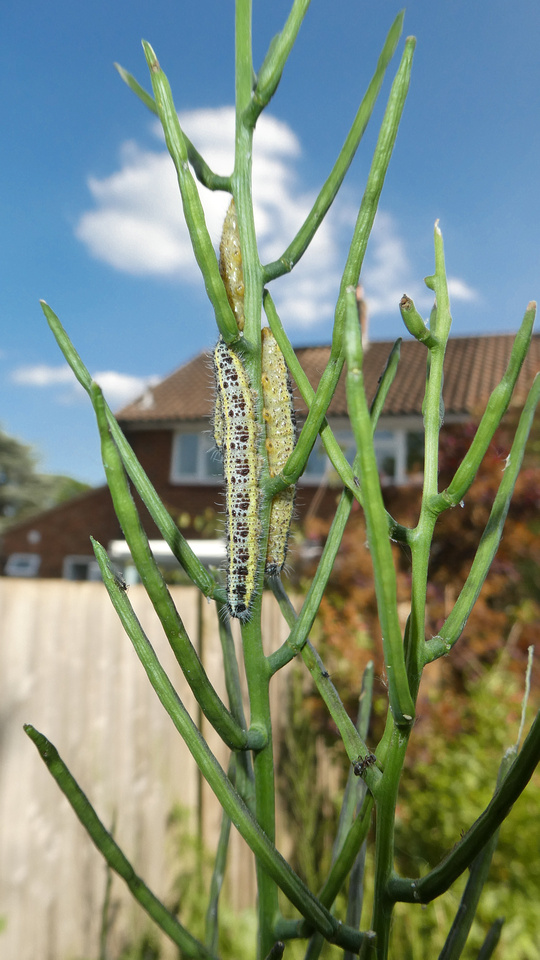 Fast forward a few days - and the below has happened. 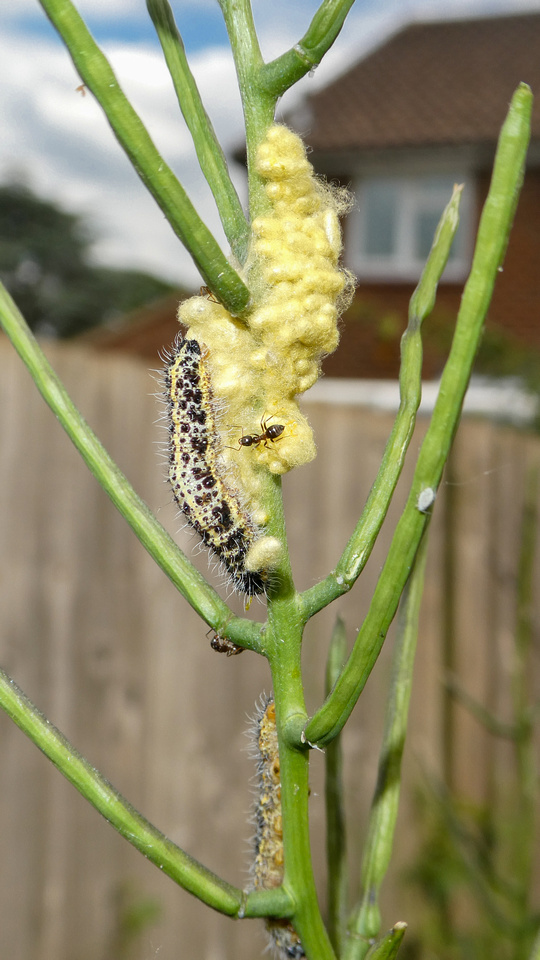 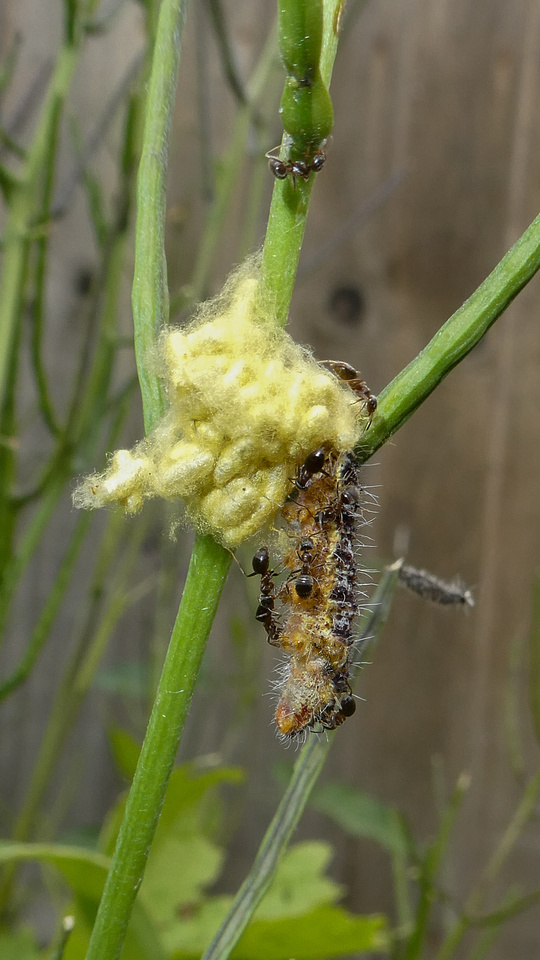 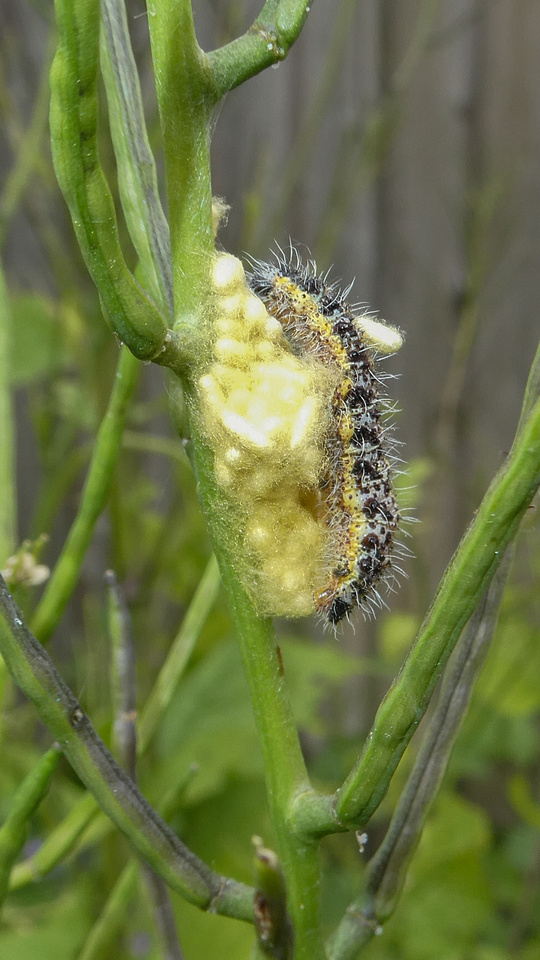 So what IS the story here?

Let's start from the beginning. And in order:

Notes to the above.

A. The caterpillars are  chemically-brainwashed by the glomerata wasp larvae developing inside them to climb as high as they can when it's time for the wasp grubs to emerge from the caterpillar's body.

D. Hmmm. Why would the hedge garlic plant send out a kairomone to attract a parasitic wasp to attack the caterpillars - only for the caterpillars then to have to eat 150% more (than they would normally) of the plant's leaves to sustain the caterpillar AND the developing wasp larvae inside it?  Doesn't make sense does it? If you ask me, the plant should send out a far better kairomone, which attracts a gurt big insect which simply immediately eats the tiny wee caterpillars, rather than fudge around laying eggs in them but keeping them absolutely ravenous.   But hey. I don't make the rules...

All that writing (above) a struggle?

Can't say I blame you.

Watch the below then .... then read my words above.

Have a great weekend.