The last time I blogged about a hawk killing a pigeon or dove we were pre pandemic and pre Brexit even. Remember those heady days?

Eight years or so on, at the weekend, a female sparrowhawk (Accipiter nisus) took and killed a Collared Dove (Streptopelia decaocta) in our back garden.

It did so, very helpfully in front of our conservatory - and even though the outside windows of our conservatory are pretty dirty right now, shooting through them with a combination of Canon 6D and 7Dmkii and a 400mm f5.6 lens, I managed to get some pretty decent shots (below).

Now, before you look at my photos, a word or eight or ten about the title of this post. "Certificate 18".

If you click on "Accipiter nisus" above, you'll be transported to my old website on zoological nomenclature, in which I started to go into the meaning behind the classical names of some of our bird species - the sparrowhawk and its scientific name of Accipiter nisus being one example.

I never got around to explaining the origin of the scientific or classical name of the collared dove, Streptopelia decaocta, though. I'll remedy that now if I may?

Strepto. From the Greek Streptos for collar.

Deca From the Greek Dec for Ten.

Octa From the Greek Oct for Eight.

The specific name (Decaocta) for the collared dove has its roots, like many avian scientific names in classical Greek mythology.

"Decaocta" was a sad housemaiden who tirelessly cleaned after her masters - and was only paid eighteen coins for her work in the entire year.

She was constantly complaining to the Gods about her work and salary and taking pity on her, they freed her from her earthly slavery by turning her into a dove. A collared dove, as it happens.

However she would have to spend all eternity sadly singing her salary amount, constantly throughout her life.

Now, as we all? know, the collared doves' song consists of a basic "ku kuuuuuu ku"  (3 syllables, with an emphasis on the second).

If they can though, and they're not disturbed mid-song, collared doves like to repeat this 3 syllable song six times.

The sad-calling collared dove meeting a very certificate 18 death - having her chest muscles removed by a hawk, whilst she was still very much alive. 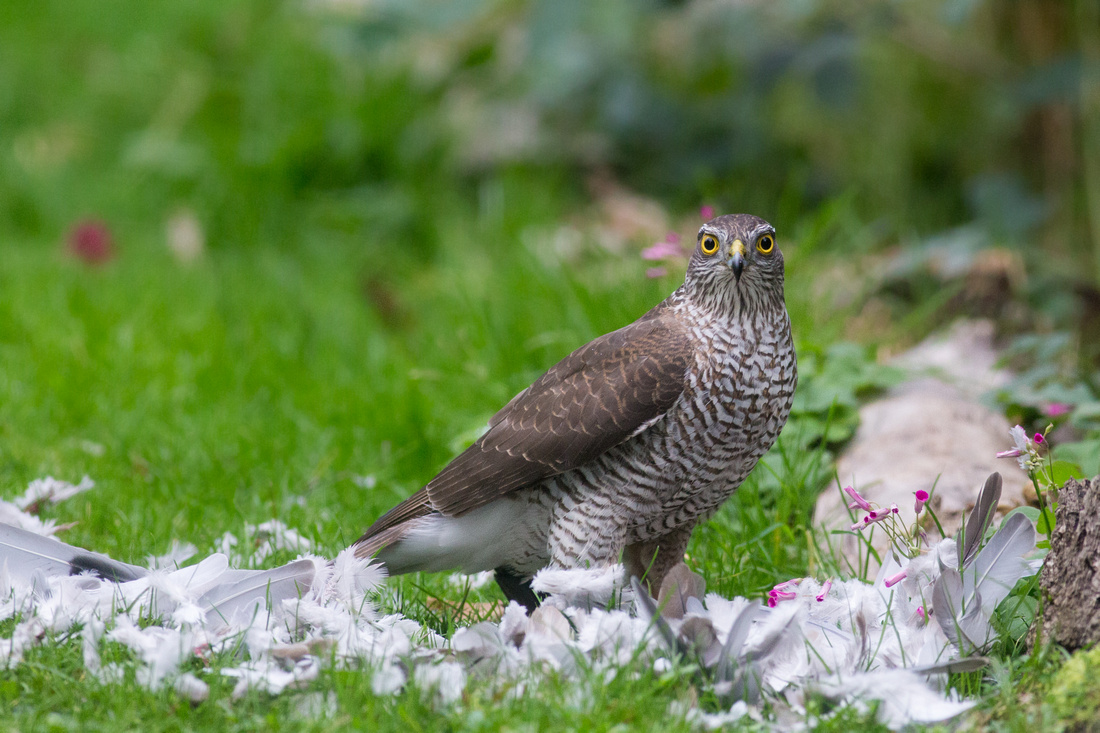 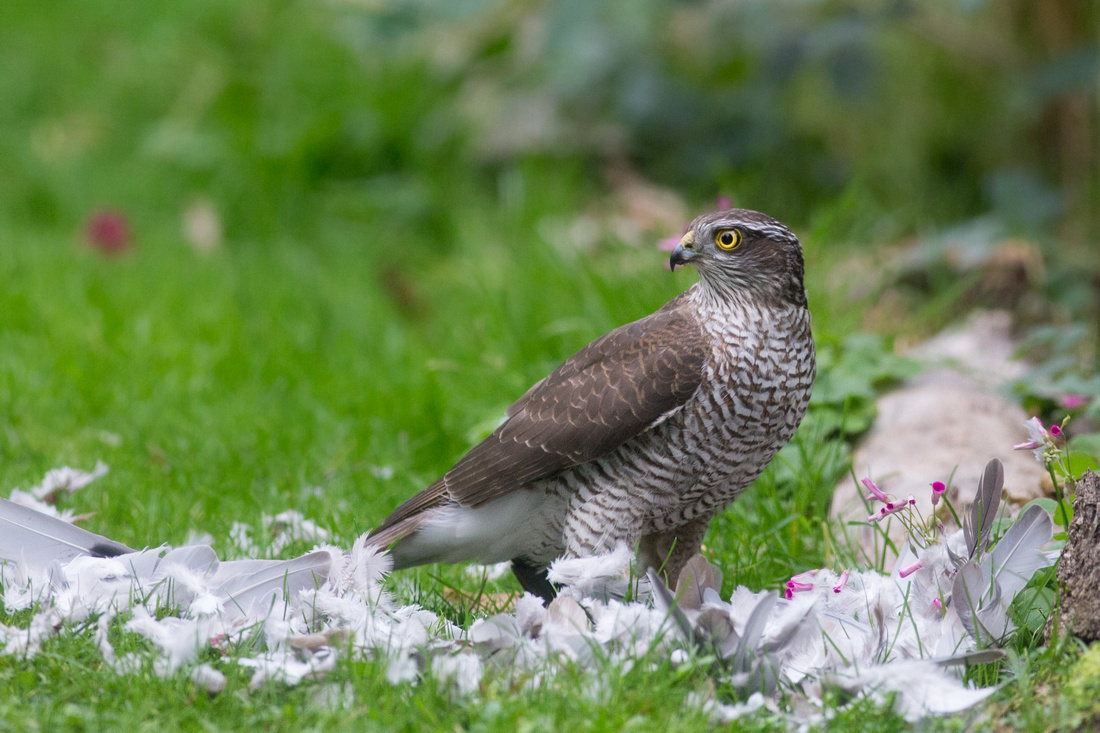 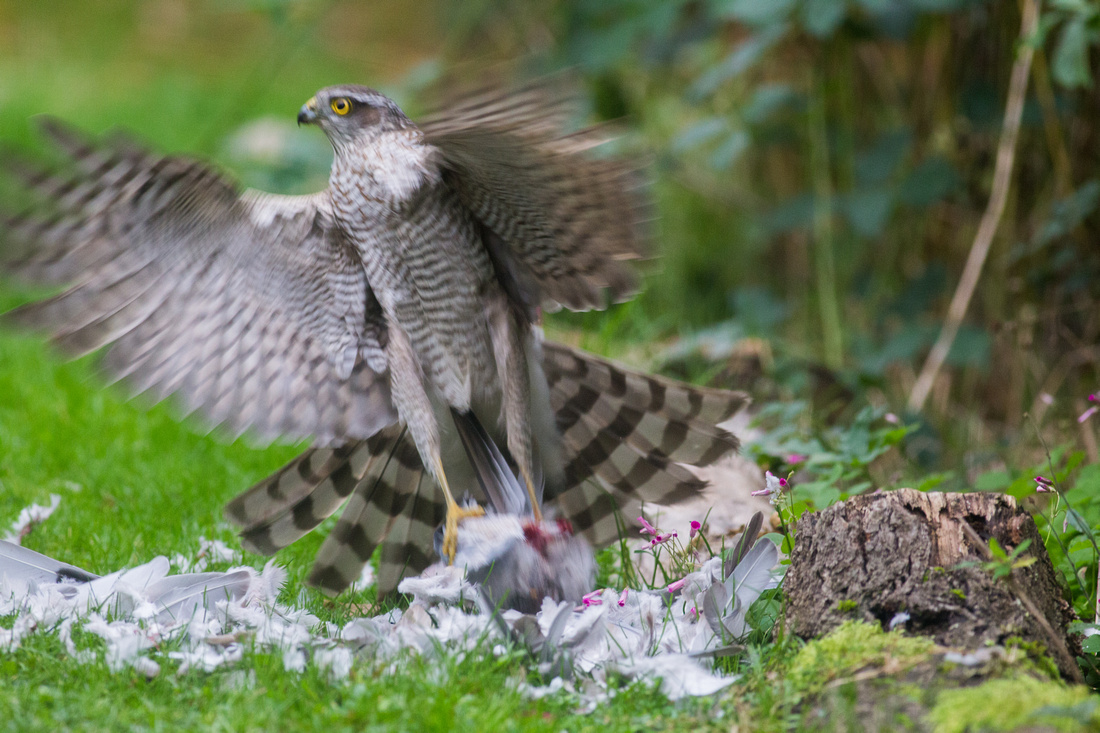 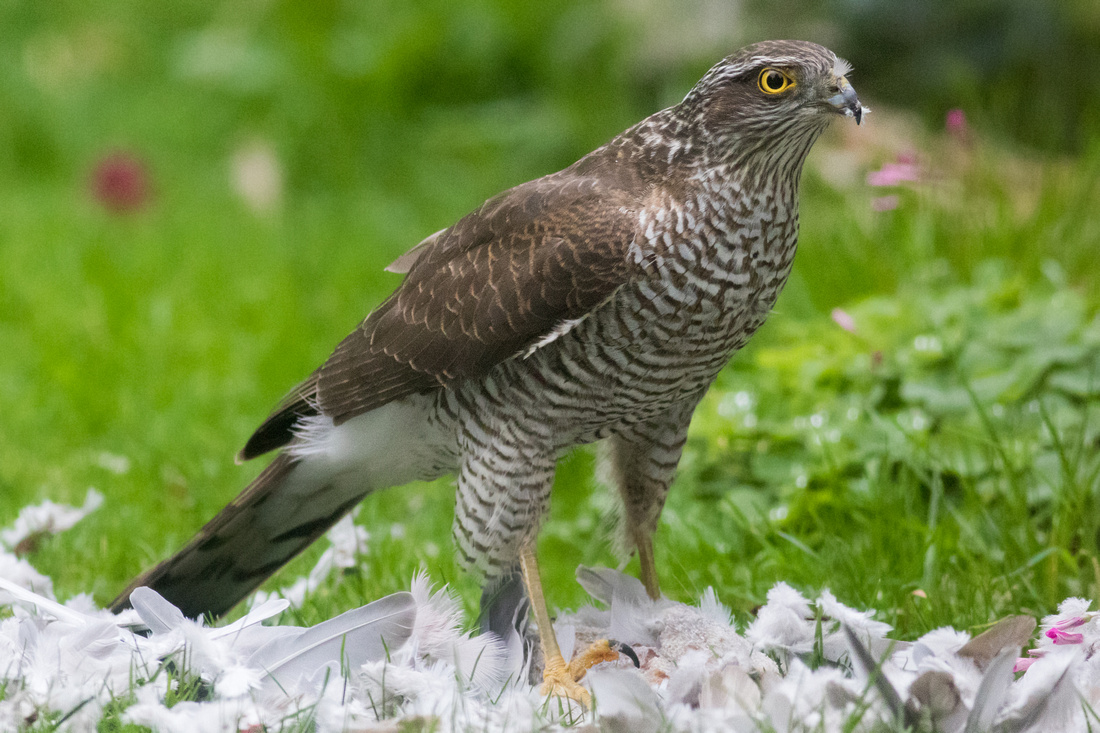 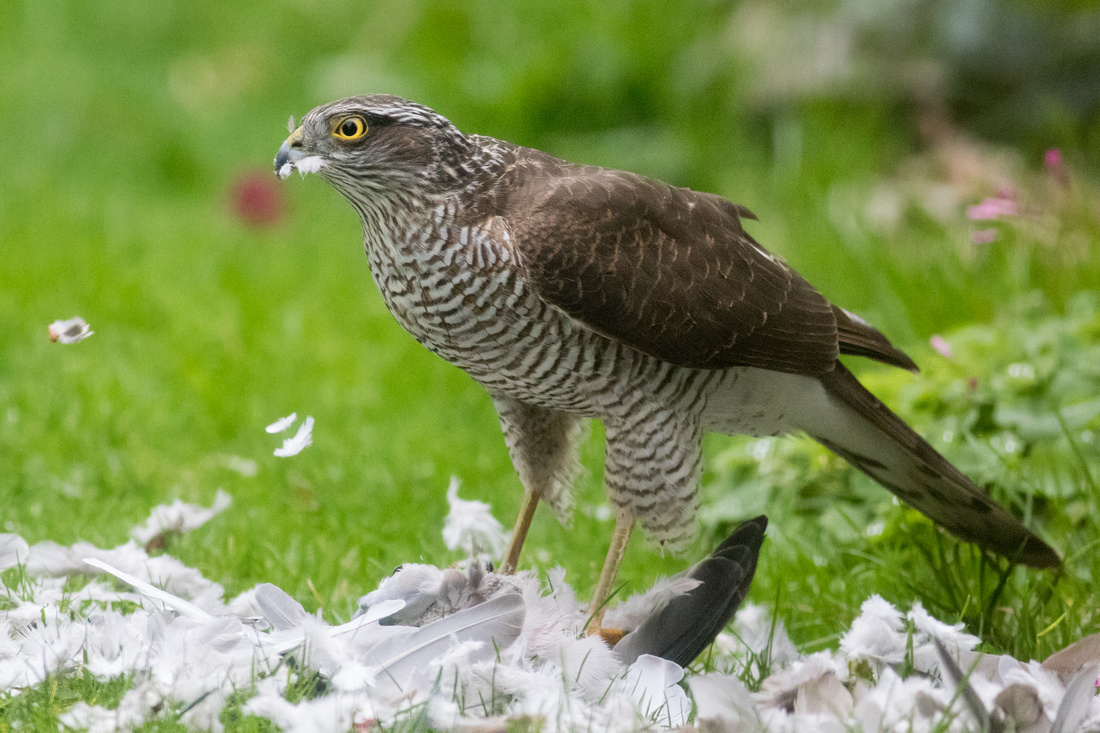 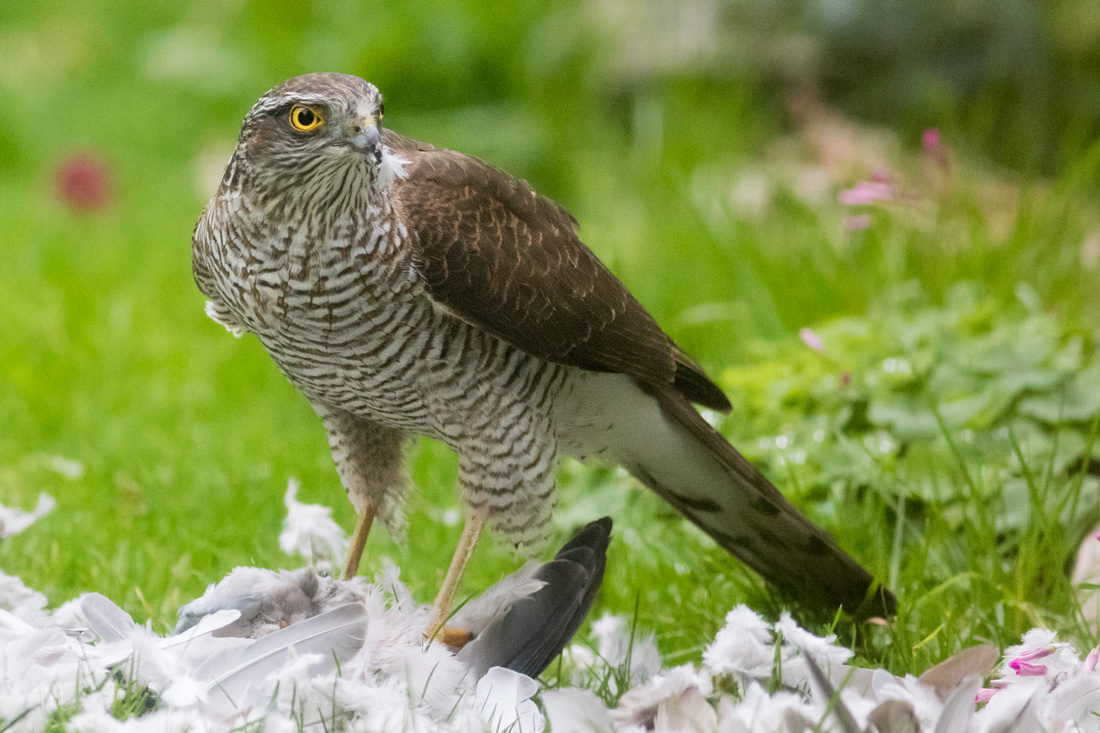 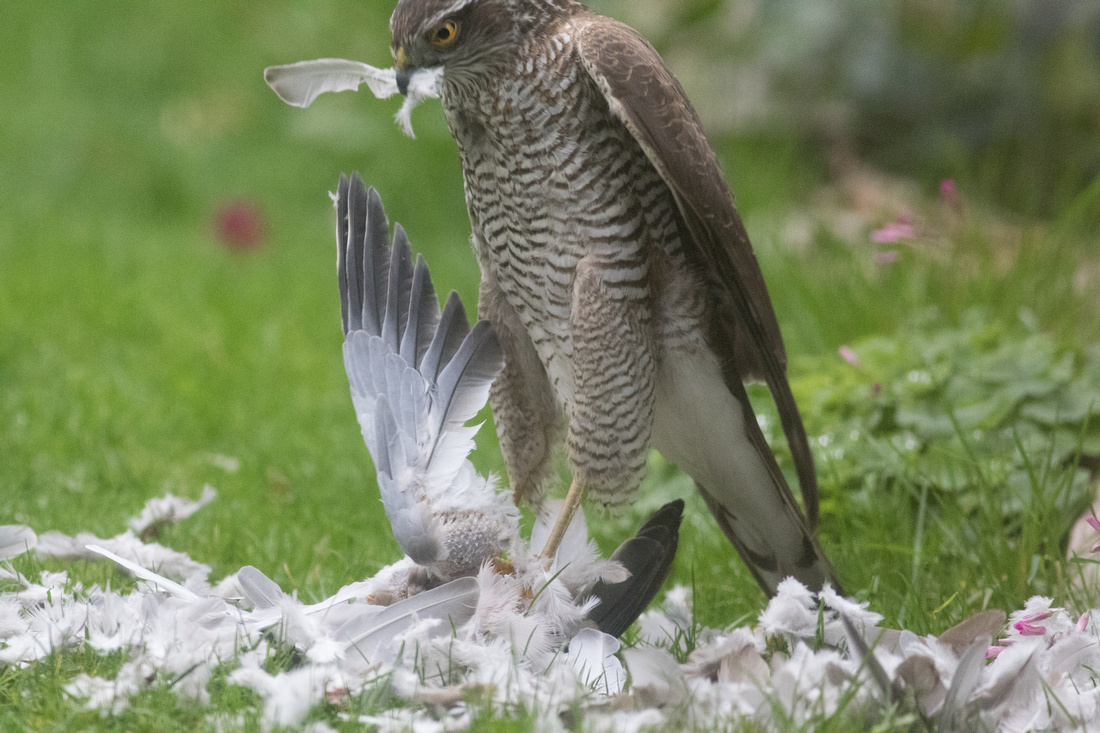 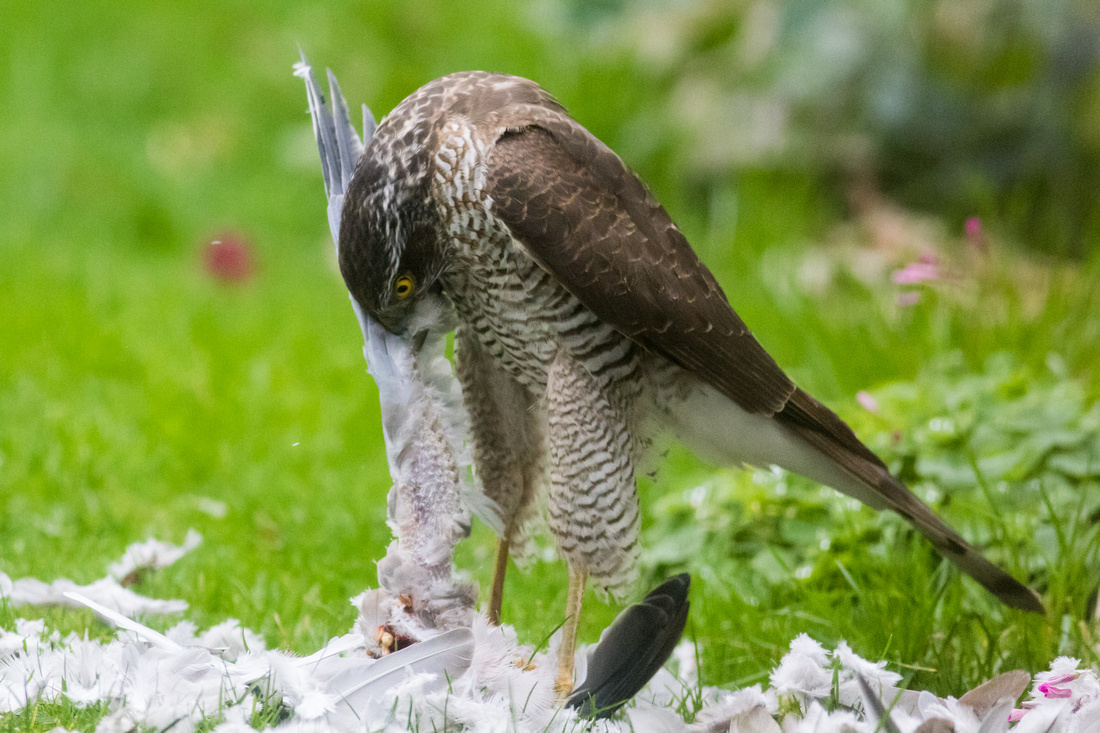 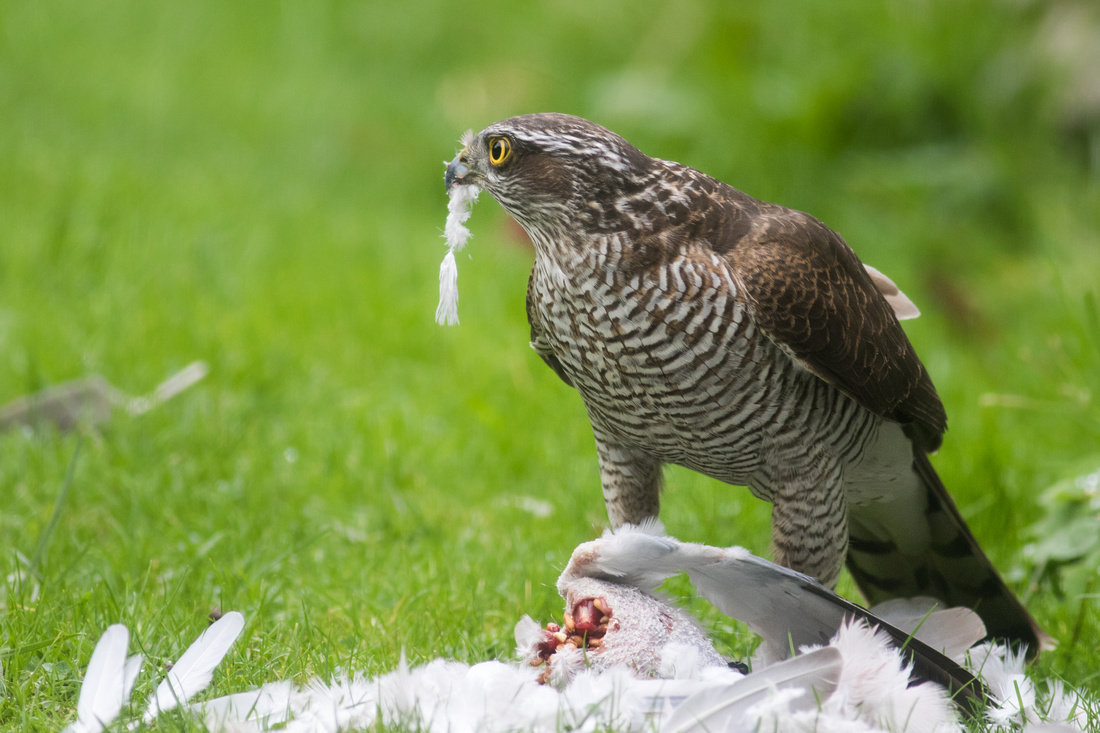