Use your eyes. To sex hornets. Instead of watching Strictly?

A couple of weeks ago now, Ben and I found a nice big hornets' nest in a hollow tree, on one of our wildlife walks - only the second nest I've ever chanced upon - and the nest presented me with another opportunity to teach my progeny (gawd 'elp 'em) that British wildlife is not to be feared - as long as it's respected.

Hornets for example, won't sting you, unless they feel exceptionally-threatened. (Even then, hornets, (as opposed to wasps), will probably try to bite you first, before using their sting).

We took a few photos and videos and left these beautiful insects to their tree.

Wind the clock on two weeks and I found a dead hornet on a local road (yes... my eyes are that ridiculous) about ten miles away from the nest we found, so I stopped to pick it up and took it home to Ben, so he could get a closer look at it.

Below is a photo of the (pretty mangled, I admit (must have had an argument with a car windscreen I assume)) hornet in question. 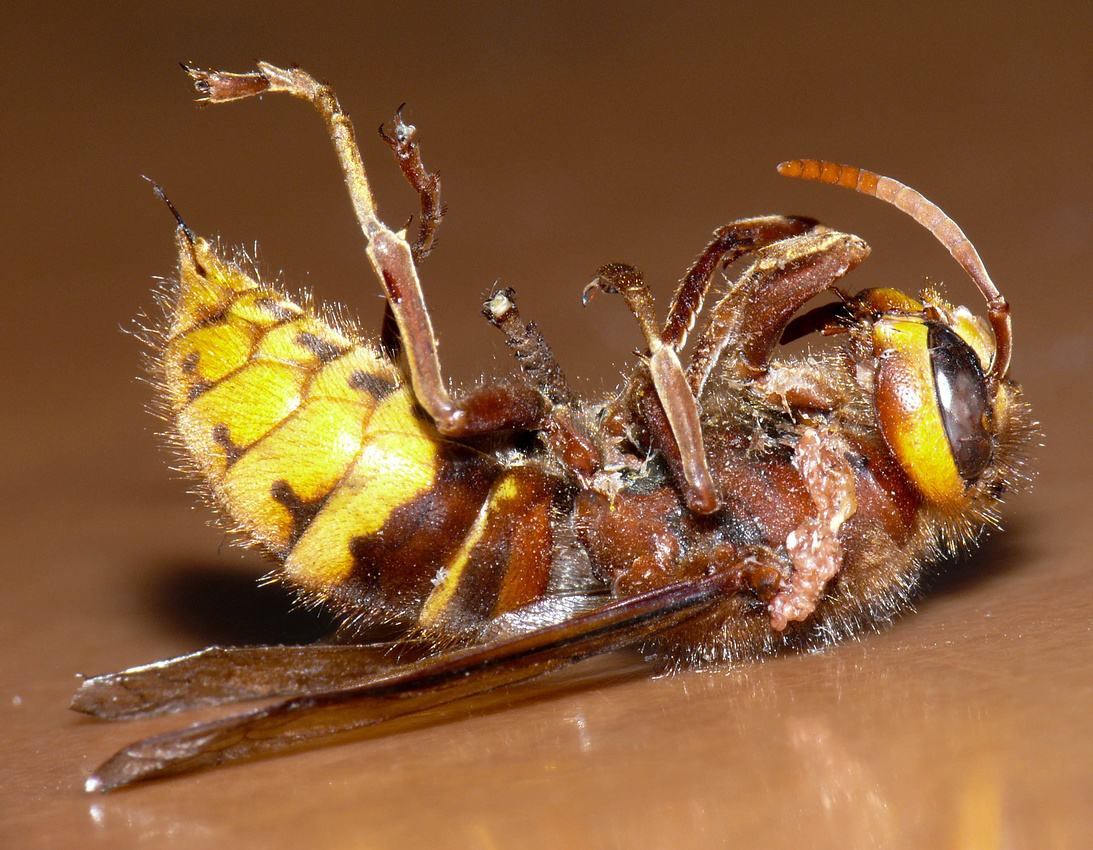 But is it a male or a female hornet?

Ben used his eyes (I'll teach him to use his eyes if I teach him nothing else, gawd 'elp 'im again) and confidently told me it was a female hornet.

*Photo of Ben's left eye (taken by me today) is below.*

Female hornets have noticeably shorter antennae consisting of 12 segments (males' antennae are longer and made up of 13 segments).

Straight to the top of the class Ben! 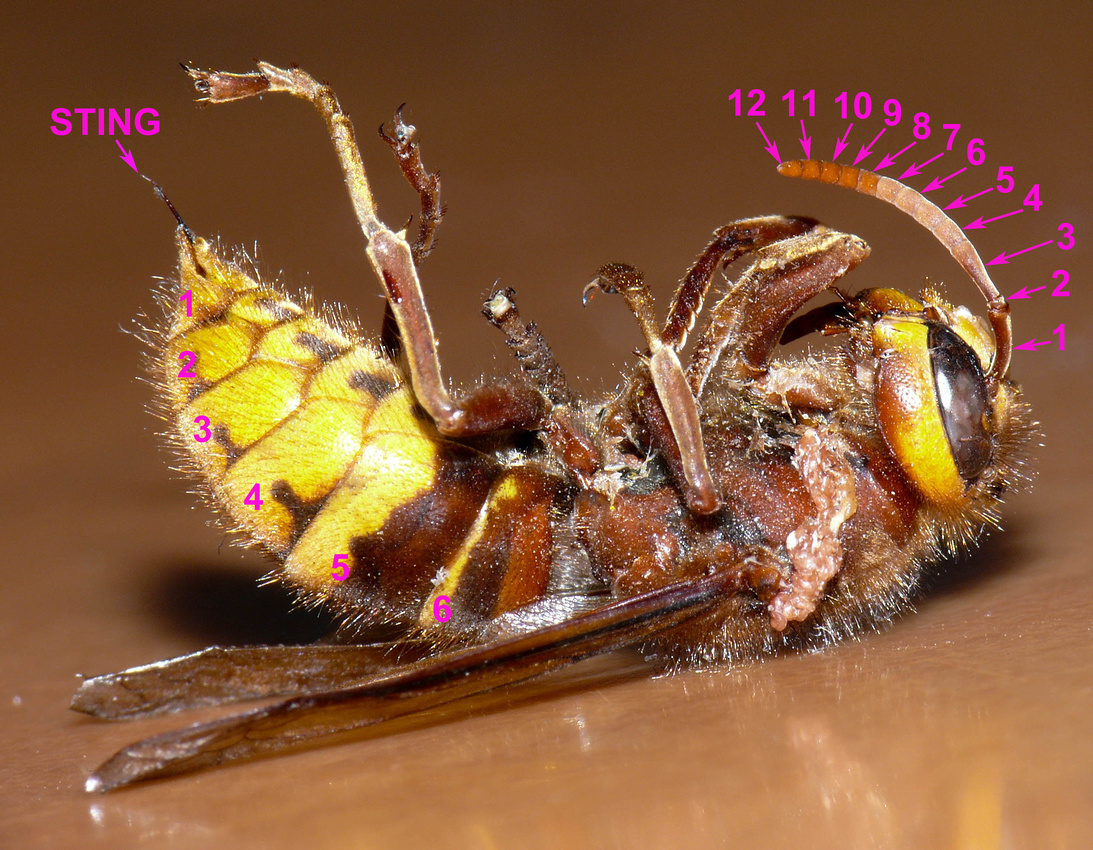 Why is any of this important? I mean who GIVES a monkey's .... whether or not a hornet you find is a male or a female?

That's a viewpoint I suppose. An opinion. (Of sorts).

But it's one I don't think I'll ever understand, nor would I particularly want to.

If I see something, pretty-well anything.... I'll want to know what it is, what it's doing there, where has it come from, where is it going, have I seen one before, am I likely to see one again - is it amazing or interesting or weird or rare or beautiful, does it have a fascinating back story or life history, does it make a sound I can recognise if I hear that sound again, what does it smell like even?

Hey. Each to their own I guess.

With specific regards to hornets though. If you DO learn to differentiate between male and female hornets in the field (easier than it sounds - once you've counted a few abdominal/antennal segments of a few hornets, you do quickly realise they do look quite different, males and females), you'll amaze people with your knowledge and confidence around these animals. You'll intrigue people. You'll interest people. Because.... well... you'll (yourself) be interesting.

'Course. Knowing you... you'll just swat it with a copy of HELLO! Magazine, won't you? And settle back down to Strictly...

If this is you, can I suggest that you might like to watch a rerun of "Extinction, the facts" on BBC i-player, as soon as you can.