When cultivated varieties of daffodil (so Narcissus agg. rather than the wild Narcissus pseudonarcissus) start to flower on roadsides and on suburban roundabouts (as in the photos below - which I snapped today on my very small mobile phone). 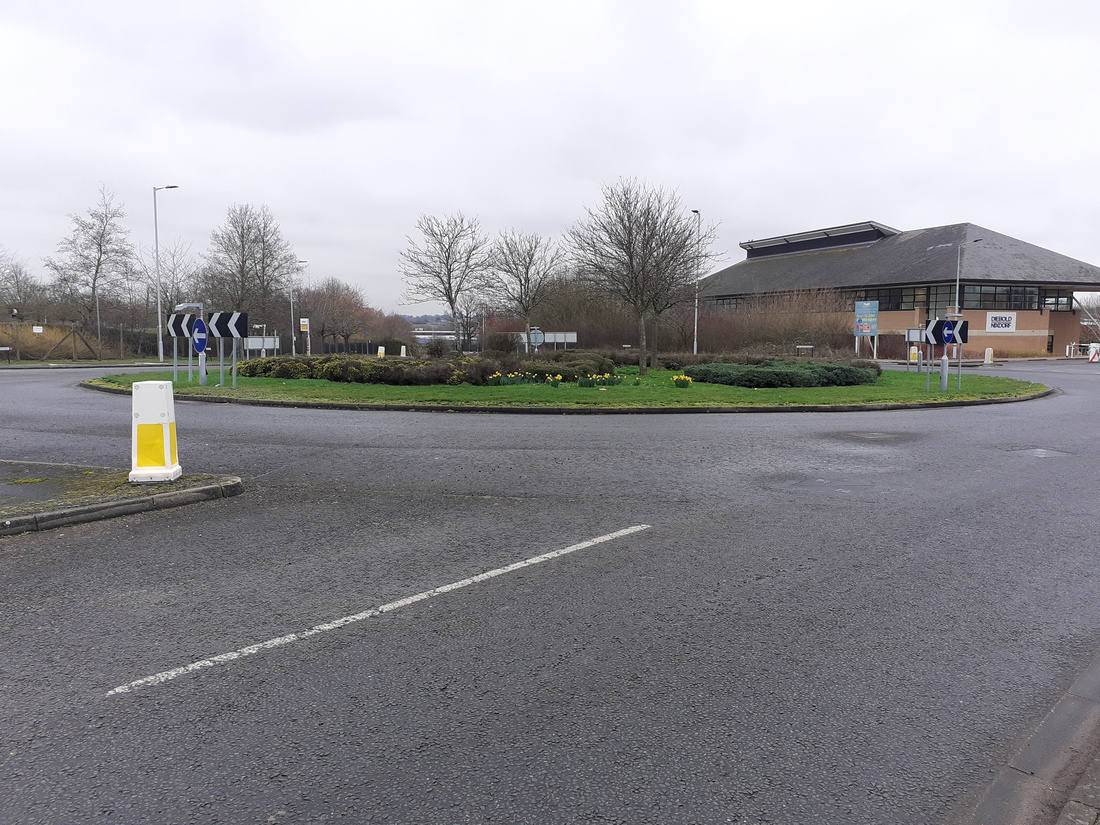 Of course, January is also generally the month (but sometimes it'll be as "early" as December) when people start noticing these "early daffs" and start shouting about them on soeshul meedja, proclaiming that they've never seen daffodils flower in January before and that these winter-flowering daffodils are proof positive of climate change etc etc....

These January-flowering daffodils are cultivated, after all, to flower IN January. Or February. Or even December sometimes.

They are literally designed to flower now.

And have been doing so for years.

There is a lot of demonstrable, observable evidence of moving or shifting phenological datasets in the natural world - and many of these shifts do indeed point to climate change (or anthropogenically-accelerated climate change, to be more exact) being an incontrovertible fact.  Yes... 'CC' really is a given these days.

But varieties of cultivated daffodils, bred to flower in January, actually doing just that, i.e. flowering in January, on a Bracknell industrial estate roundabout does NOT form part of this evidence.

And like I say, if you've not seen daffs flowering in January before... you've just not noticed them before. They always have been. They always were.