Giving thanks and thanks for nothing.

Disclaimer: The two (massively-cropped) photos in this post were taken by me this morning with my tiny wee pocket camera. I know they're awful. Barn owls are schedule 1 birds and it is an offence in the eyes of the law (1981 wildlife and countryside act) to deliberately OR recklessly disturb these birds at or near their roosts or nests. My boy and I watch these birds from a large distance and generally don't even take photos (there's no point from the distance we put between the owls and us).

It struck me this morning, as my eldest boy and I watched "our" two local barn owls quarter over a stubble field near Wokingham, SW of Binfield village in Berkshire, just before sunrise, that what I was experiencing was, I suppose, one of the greatest pleasures I could hope to experience in my life and I should be thankful for that.

I stood beside my boy and watched the delight creep over his face as he gaped through my new binoculars at these beautiful white owls, in the gathering dawn, with not a soul around, other than his dad. He was privileged to see these owls this morning, I was privileged to be able to show them to him (again) and I am truly thankful for that.

I should say he nearly exploded with joy when we watched the female owl drop onto a big vole just before 07:55am (so about fifteen minutes after sunrise this morning) and then fly back to her roost with it in her beak (terrible photo below). 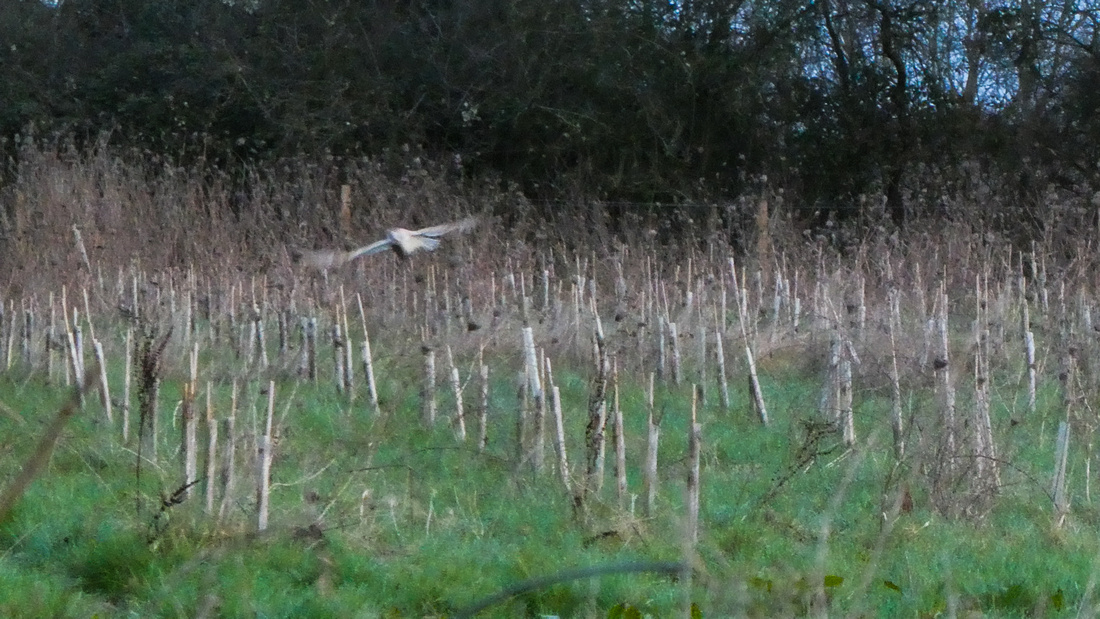 It also struck me this morning, on the first day in what … nearly fifty years... when we are at least legally out of the EU, rather than actually out, that I should also perhaps be a little sad, watching these beautiful owls with my eldest son, who is only just seven years old, after all.

We're all agnostic I suppose, but I would also chalk myself up as an atheist - but I see little point debating the subject of whether God exists or not with anyone really. It's futile. You either believe there is bearded, supernatural, all powerful, omnipresent being sat on a cloud in the sky or you don't.

An all-loving supernatural being by the way, kind enough to give some children bone cancer... and loving enough to ensure there are insects in some part of the world which do NOTHING ELSE but burrow into childrens' eyes and blind them.

If you do believe in the above, then you also probably see the merits of ensuring there are spaces in our law-making establishments left open to be filled by leaders of your religion (you know... that religion about the all-loving bone cancer-giving supernatural being I mentioned above) and you may even believe that your all-loving God (yes... the same one that "designed" those eye burrowing insects) gives the human race a good "moral code" to stick by. Hmmmm.

You may even believe that your religion doesn't hold back progress.  OKaaaaay….

Yes... you either believe that (palpable) BS... or you don't. You are, of course, entitled to hold your opinions, whether they're demonstrably ridiculous or not.

Likewise, I'm not going to resurrect the argument (academic or not) surrounding Brexit after this post. To do so would be futile.  You either believed the BS spouted by Farage et.al. or you didn't. Personally, in what....almost four years of Brexit... I've not heard ONE intelligent argument which adds any real weight to the notion that leaving the EU is in any way a good idea.

People often vomit up their vapid clichés of "sovereignty" or "freedom" without knowing what either word actually means, when asked to defend their Brexit mentality.

Actually. Worse still is the argument that "I voted out because I don't like how the Northern powerhouses are treating countries like Greece in the EU". That is nothing more than a coward's reasoning - and it would be fair to say that if you've always thought like that, you wouldn't have been my friend in the school playground -  and nor would you be now.

Rather than walk away, I'd suggest you try to quickly grow a pair - and whilst you're at it, a spine - and then start challenging what you perceive to be bullies.

Bit too late probably for you now though, eh?

No, it strikes me that the vast majority of people who voted "out", also still find the "Carry On" films funny (rather than the embarrassing garbage that they are) and find people like Greta Thunberg intolerable. They'll often invariably be hysterical monarchists, quite content (over the moon in fact) to prostrate themselves in front of those they think have the "special blood" and call those special-blood people (with no smirking) "your majesty" or "your highness". Oh we'll grow up one day and disestablish the church AND ALSO then abolish the monarchy - but not in my lifetime I fear.

Look, I wouldn't go as far to say that in general, the people who voted Brexit are stupid -  although I certainly would firmly apply that label to the handful of Scots I know who voted AGAINST the proposal for Scotland to leave the UK in 2014 (so a vote to stay in the UK) and also voted for the UK to LEAVE the EU in 2016. Wow! If you voted that way, then there's little hope for you I'm afraid. I don't think I could describe blind stupidity any better.

No. The majority of people who voted FOR Brexit probably aren't stupid. Ignorant possibly, but that's fine. I'm ignorant about 99% of everything I'm sure. Ignorance only becomes problematic where it is wilful ignorance.

That all said, what they (you?) did do when you voted OUT - is (stupidly? You're reading this wildlife blog because you enjoy wildlife no?) vote for less environmental protection for everything in the UK.

Including less protection for our beautiful barn owls that my boy(s) and I (and you?) take so much pleasure from watching.

You also voted to give my boys less money in their pockets, fewer rights and far less freedom in the future.

Freedom that you yourselves HAD - but have now denied my boys. 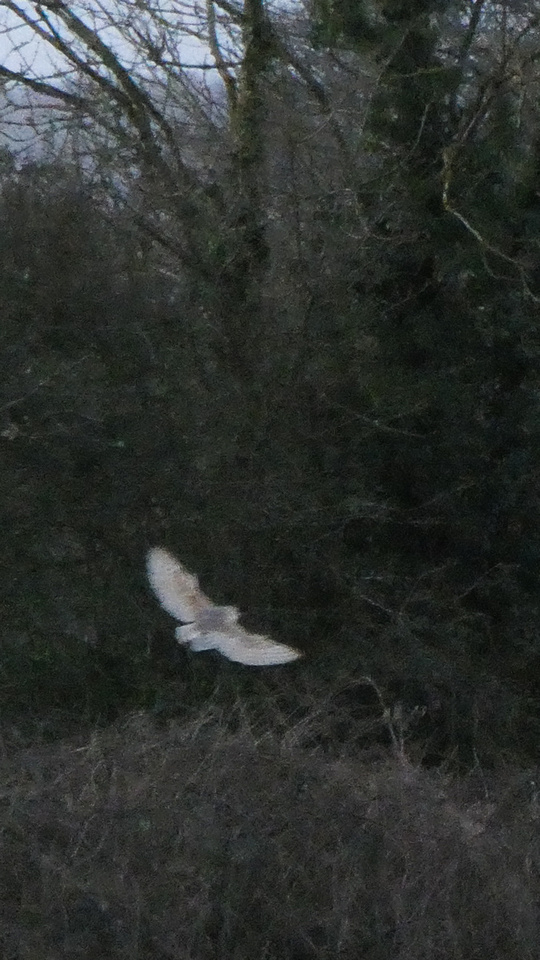