Absolutely ANYTHING.... for the shot.

I'm going to begin this short(ish) blog post with a request... please visit THIS link and read the entire piece in that link.

(The link will take you to the Petapixel website, and a piece bemoaning the utter lack of respect or thought or consideration of the modern "photographer", in their singular, blinkered quest to get their shot, at all costs, in this instance at the famous lavender fields of the plateau of Valensole, in  Provence). If you're not a photographer... let's clarify that as these days, EVERYONE takes photos.... if you don't think of yourself as or call yourself a photographer or at least, like me, own one or two semi-professional or "prosumer" DSLRS (or the mirrorless equivalent now) then that piece in Petapixel will, or should open your eyes very wide, to the state of play these days at photography "honeypots" around the world.

And if you ARE a photographer (or tick one or more of the boxes that I mention above (I don't intend to again)) you may have already read the piece about Valensole, and sigh as you're again reminded of what occurs at many photogenic viewpoints across the globe. 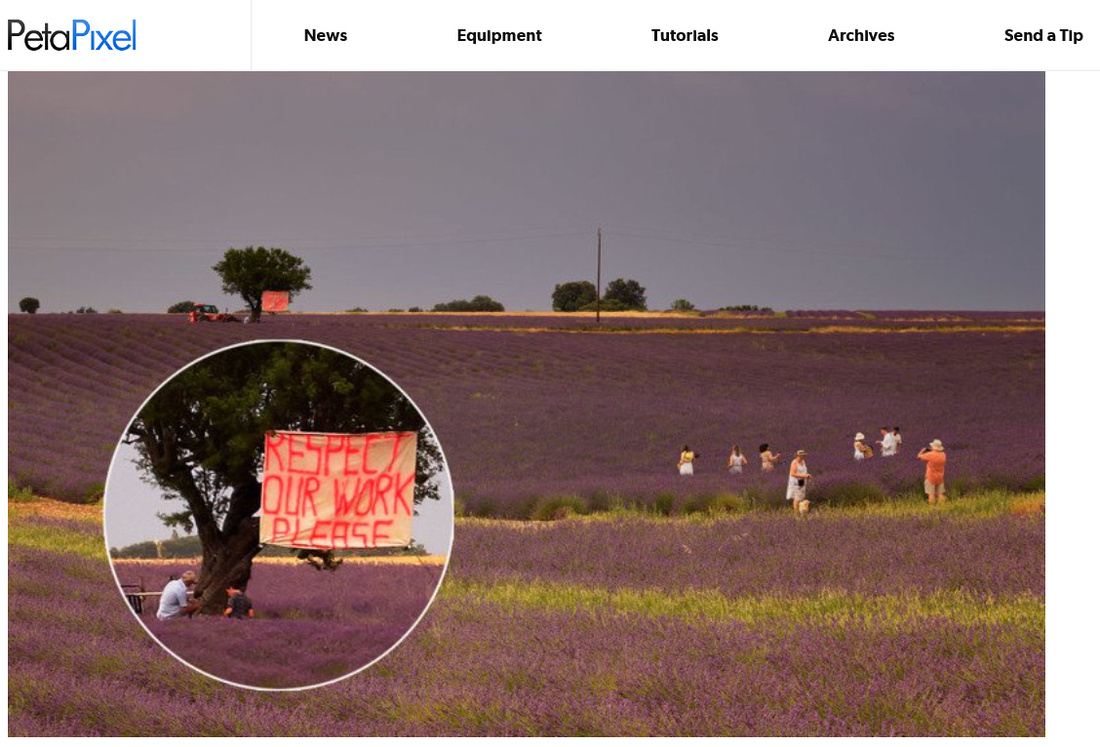 Everyone had to get their shot these days.

And then immediately upload to social media.

And that is just ONE of the reasons I've pretty well abandoned ALL (facebook and twitter) social media over the last few years including now Instagram, a website (or social media site) which I believe has pretty-well KILLED photography.

As a nascent wildlife photographer ohhhh maybe nine or ten years ago now, I came across this sort of behaviour in "wildlife photography" circles, where it was reported (it didn't need to be) that award-winning photographers were getting their (fast-becoming-standard) shots of seals on colony beaches such as Donna Nook in Lincolnshire, by trespassing and disturbing the seals. ANYTHING for their shot.

Likewise, when, about six years ago, I naively showed a fellow (I thought), local owl 'appreciator', the exact tree location of our local barn owls, on the strict promise that he would show no-one else, and happening across him and one of his "twitcher" friends at the owl's tree not a week later, all trying to get their cameras INTO the tree. I explained to them both there and then, that if I ever saw either of them anywhere NEAR this tree again, I'd take their cameras and... well... I'll draw a veil over the rest of my diatribe there, dear reader. (I've not seen anyone there since... and my long suffering wife isn't too surprised!).

This, ANYTHING for the shot, mentality.

And I'm afraid to say, dear reader.... it's an attitude which is growing exponentially.

Google image "Valensole" and see what you are confronted with!

And please, DO read that quite excellent Petapixel piece.  One of the best insights into this modern malaise I've ever read.