"What three words". What fun!

After the rather aggressive post t'other day, I thought I'd lighten the mood somewhat and introduce you dear reader(s?!) to a fun little "app" I discovered today.

"What three words" is a useful... well.... fun little mapping tool, available for iPhone and android. The clever software people have divided the entire planet into fifty-seven TRILLION 3mx3m squares and assigning each grid square a unique, individual 3 word location phrase, based on a 40,000 word vocabulary.

It may not be the future for post (actual PHYSICAL letters and parcels) as how one earth would you sort such stuff (our property for example has 40 or so 3M x 3M grid square locations you could use as our address, each with a unique three word phrase to identify and pinpoint it.

But it probably does have some uses. GPS and travel directions for example. I'm fed up of my car's sat nav asking me for a postcode of somewhere, then only allowing me to enter half the postcode and then asking for a property number on the road - even if the property HAS no obvious number.

This three word system sounds far more like it!

Anyway, serious uses aside for a moment - it's a lot of fun! (Forgive me, I love maps and words - this therefore is perfect!)

As I said, you can download the app for free, on iPhone or android.

Some screenshots from my app - and my list of (sometimes aptly named) favourites.... 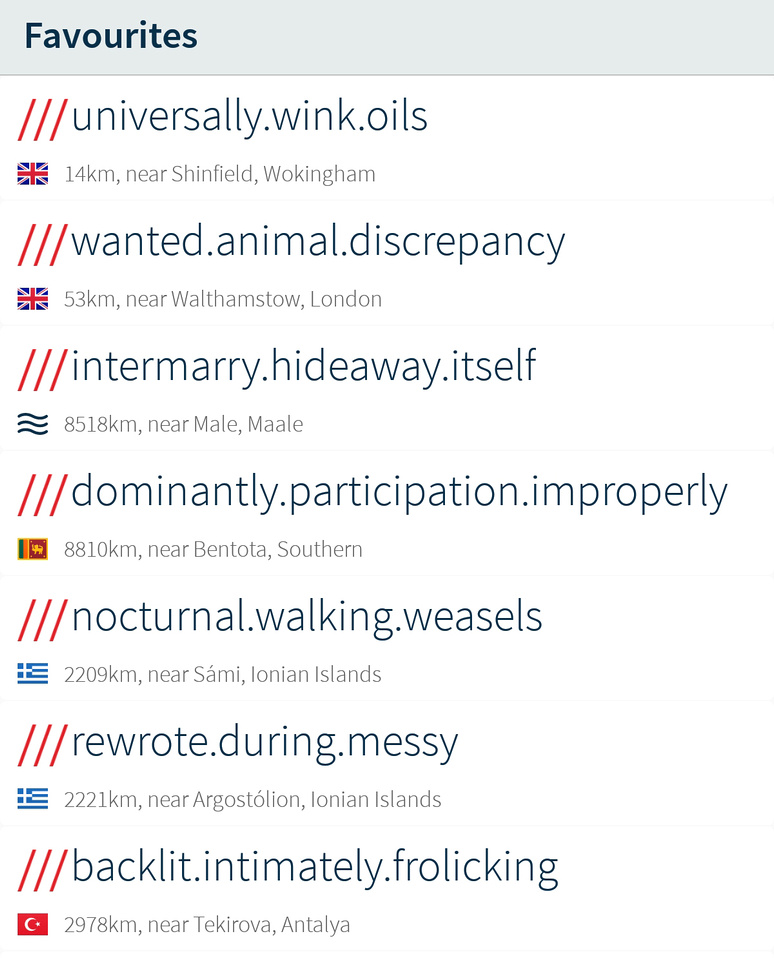 Above - my hastily-compiled list of saved "favourite locations" -some of which are below... 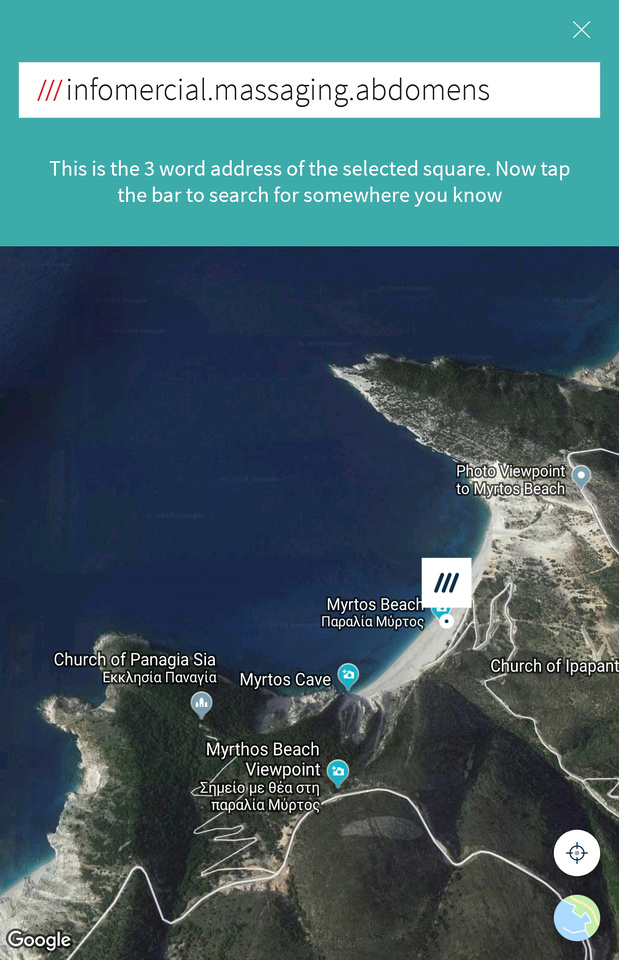 Above - Where I proposed to my girlfriend at the time, Anna, in the summer of 2007. On the most beautiful beach in the world - Myrtos Beach in Kephalonia, Greece. I won't tell you if we massaged abdomens afterwards... *cough*. 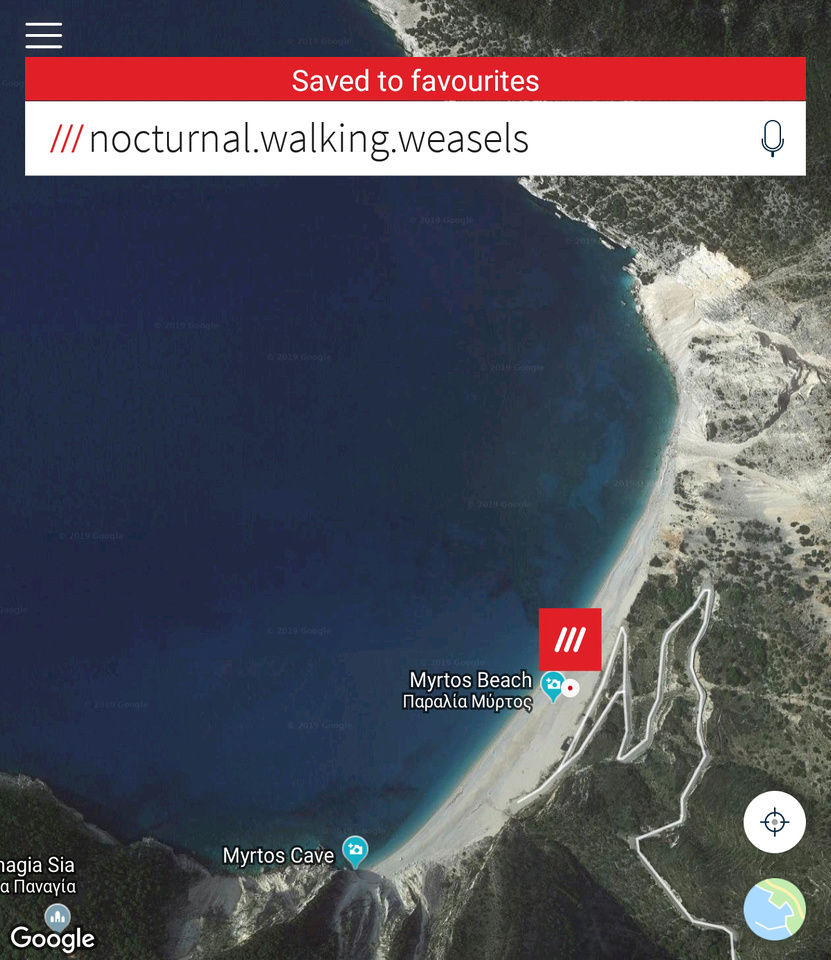 Above - same beach... and a lovely three word name for where we lay on our sunbeds. But were there weasels there at night, walking around under the stars? Probably. I dunno. We were elsewhere at night. Probably sipping Mojitos or Mythos beers at a taverna somewhere nearby. 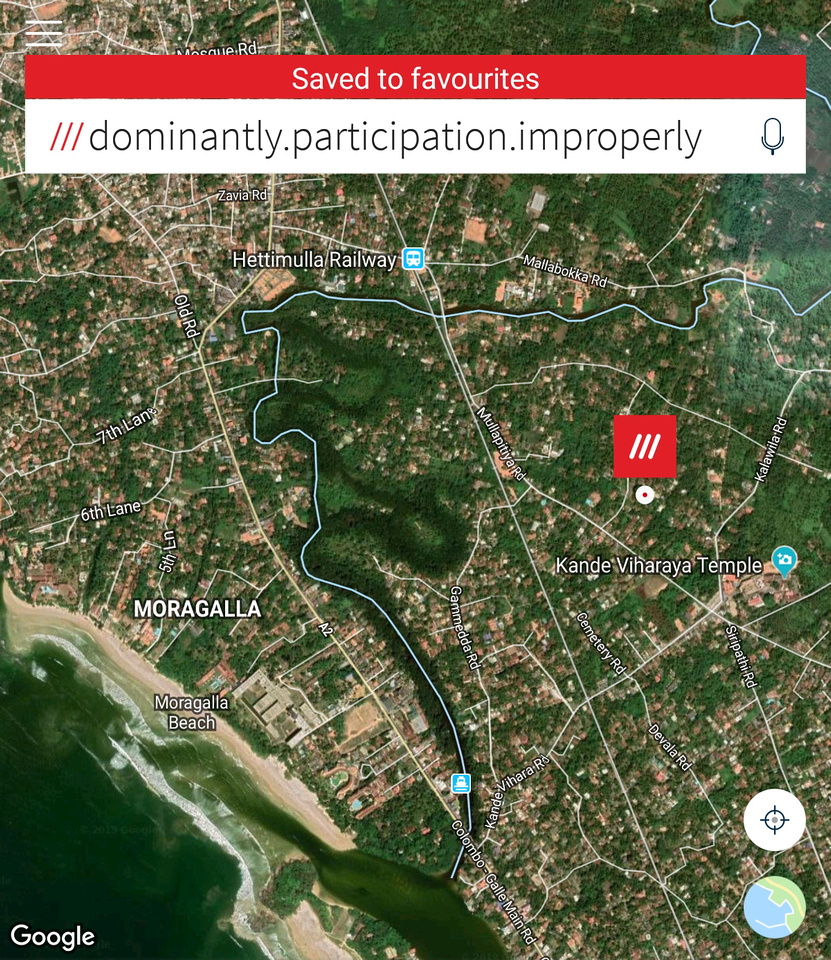 Above. Where Anna (now my wife) then honeymooned in August 2008, near Aluthgama (Bentota) in an opulent, private (family-owned) cool (air conditioned), colonial, marble-floored, four poster bedded, palace in the steamy Sri Lankan jungle surrounded by giant geckos, leaf monkeys, flocks of fruit bats and huge, lurid-pink tropical dragonflies. No. I won't tell you whether or not we errr... "participated in improper dominance" there. *ahem*. 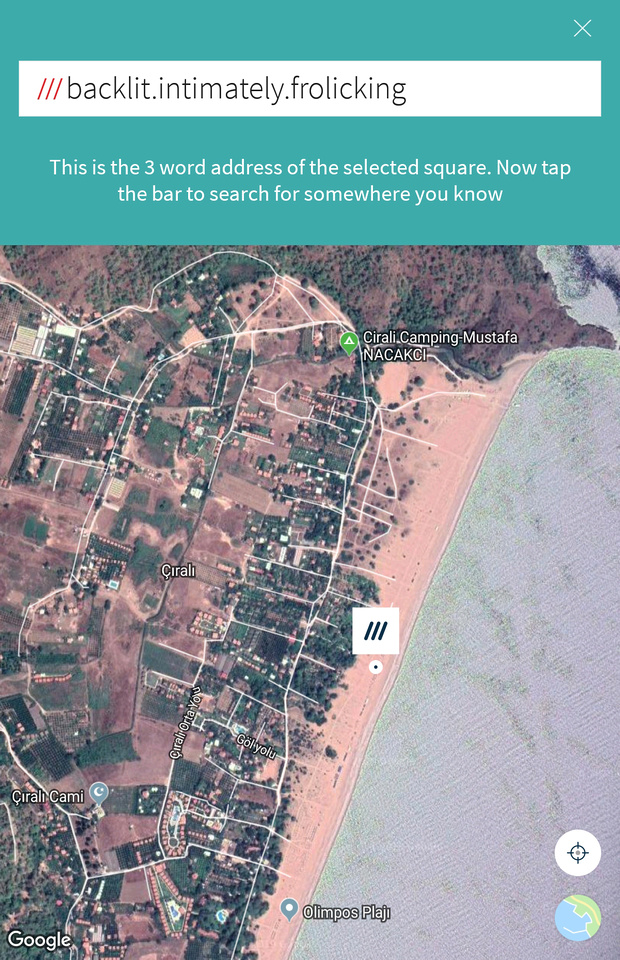 Above. My favourite place (so far) in the entire world. And very probably Anna's too. The impossibly-quiet (northern end) of pebbly Cirali beach, Lycia, Turkey. Where loggerhead turtles breed each year in their hundreds. And holidaying couples can be found backlit and intimately frolicking. But not us of course. *cough*. 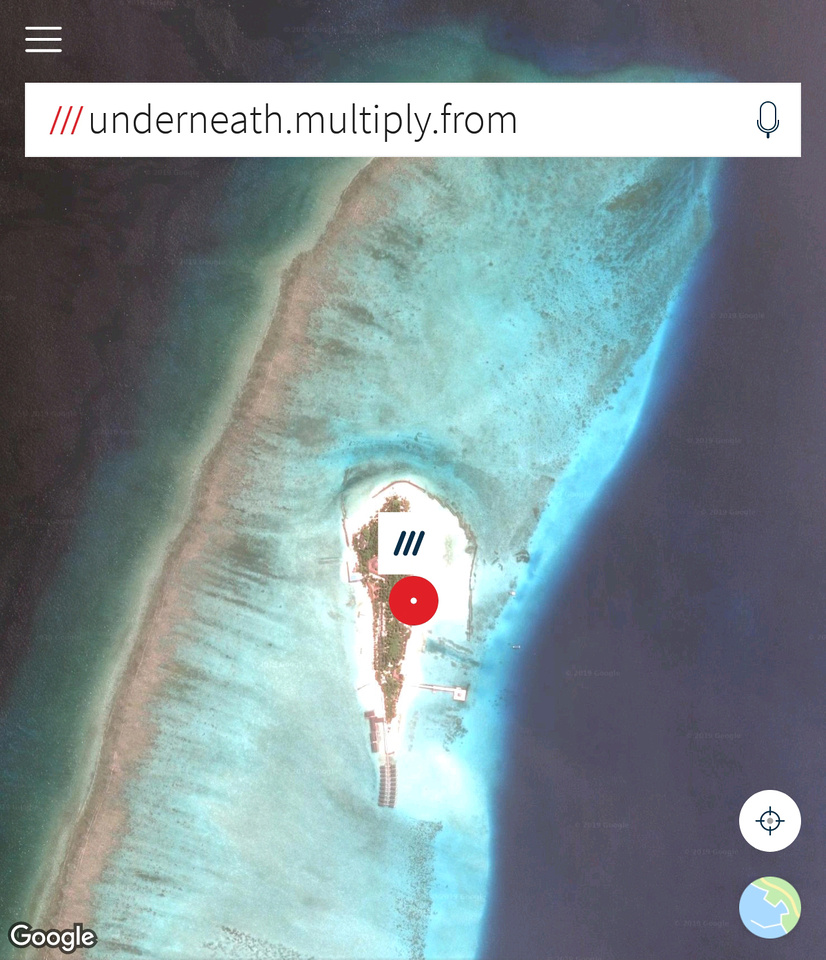 Finally. Above. My and Anna's Maldivian hideaway. A Palm-roofed hut on a pure white beach, on a tropical atoll. In the middle of the Indian Ocean. And no... I'm CERTAINLY not going to tell you we spent a fortnight there "multiplying from underneath". *ahem*.

Look. Smut and innuendos aside, "WHAT THREE WORDS" is probably quite useful and a LOT of fun.

Download it and see what three word locations are special to you!