What of the swifts?

Because of my (understandable and correct!) fascinations with swifts, I'm regularly asked "how are the swifts doing" by friends and family, throughout the summer months, but especially so this year it seems - as people have heard that swifts have perhaps had a terrible year. 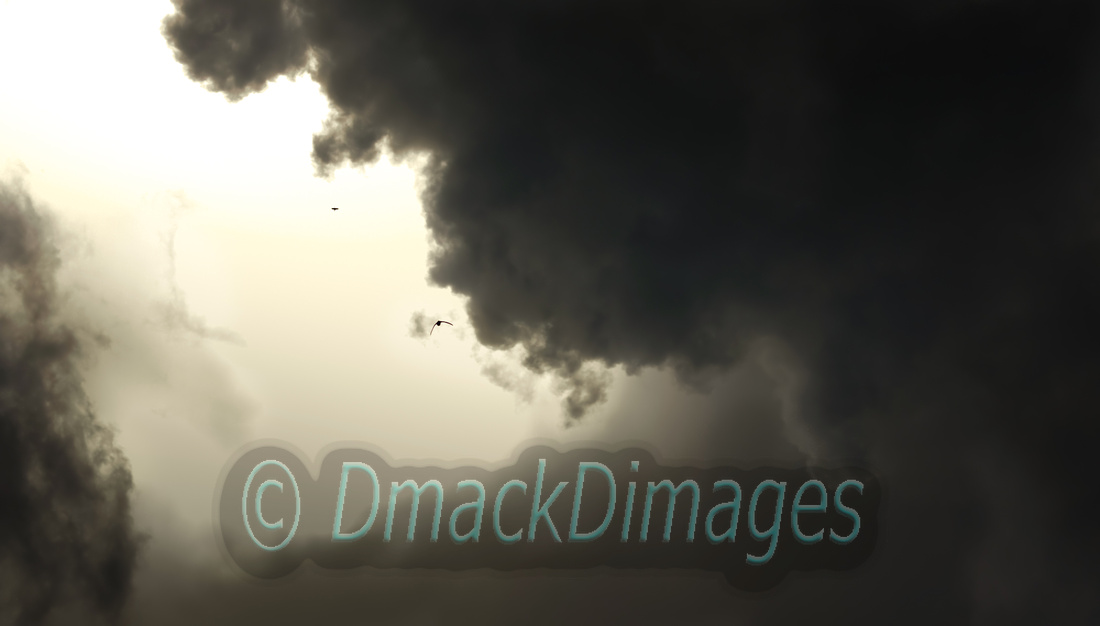 Well... I've still yet to attract BREEDING swifts ( I have attracted lots of non-breeding swifts though) to our post-war house in a very non-swift part of the world, but as far as I am concerned we had a SUPERB year here at "Swift Half".

Yes, ever since I filmed our breeding swifts in Reading in 2011 (and put all the clips on Youtube) I've been desperate to do so again at our much newer house 10 miles East.

Regular readers of this blog will know I've put lots of internal and external boxes for swifts on or in the roof and played various attraction calls to them via a variety of means (MP3, CD, tape, Bluetooth etc) for the last 6 years - with some success - every year I've had swifts visit - pretty well all summer.

This year though seemed a little different. Yes... late they were (but yearling swifts as I think these were are always a few weeks later than the breeding adults), but this year they came in numbers and finally landed in and explored my internal swift box - the one I hope they eventually choose to breed in (if they eventually breed) as it will be far easier to ring the chicks in the attic (rather than up a ladder to get to an external box). 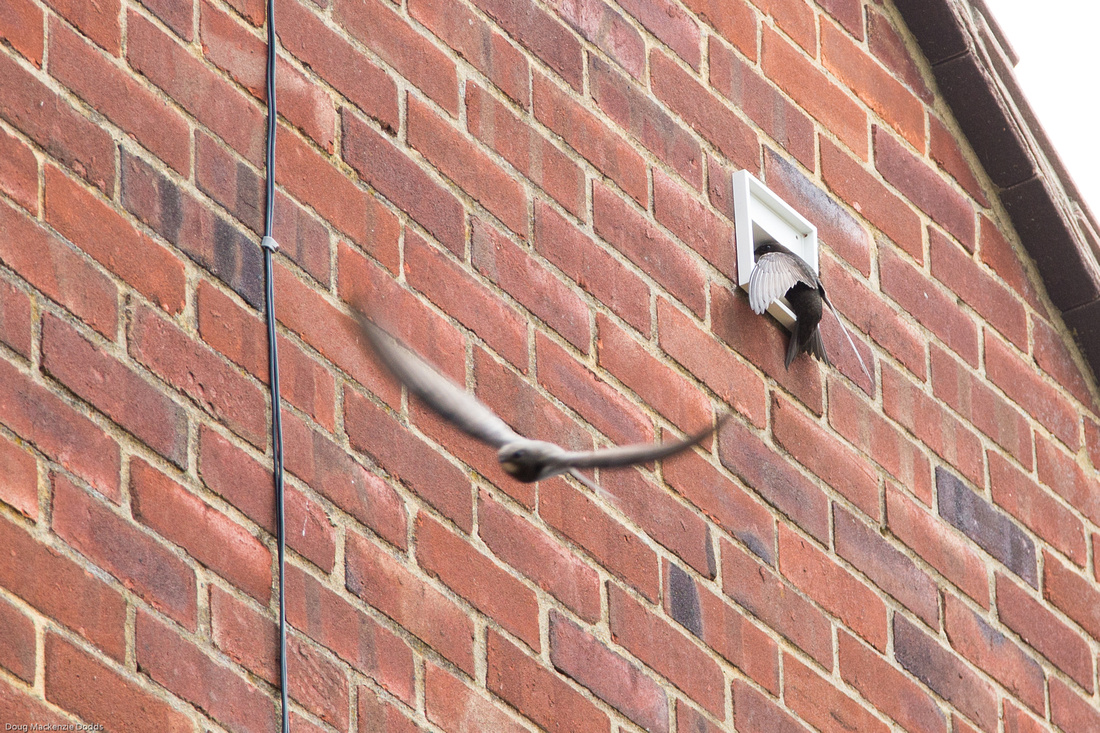 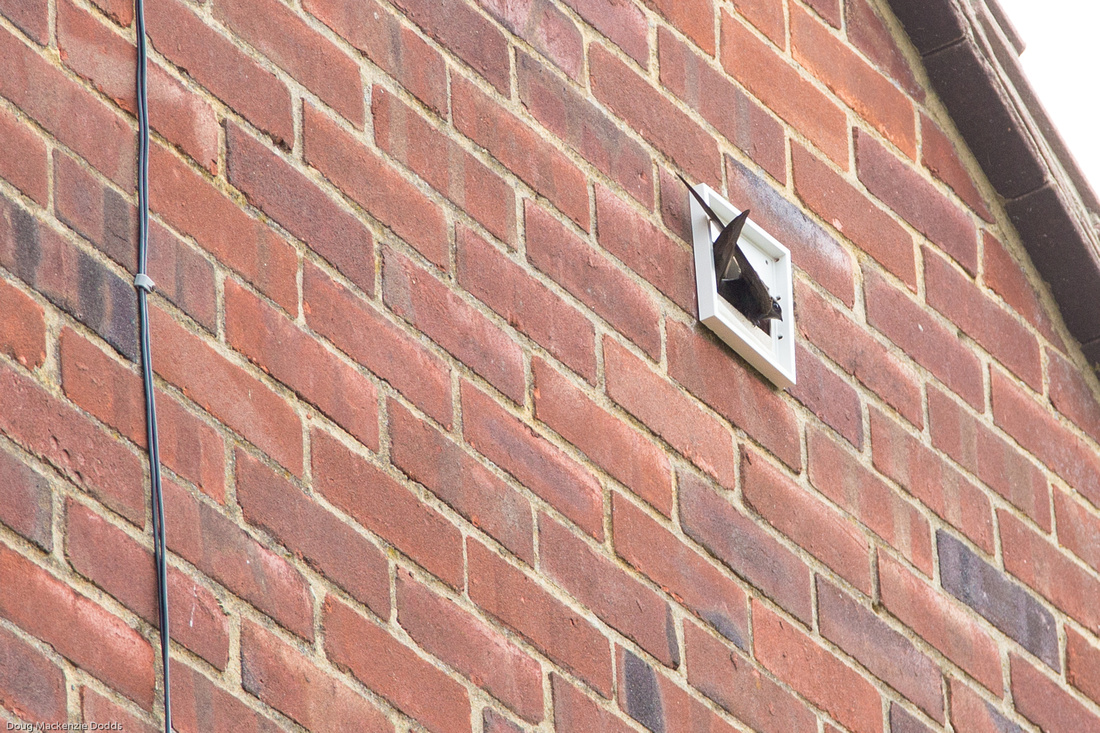 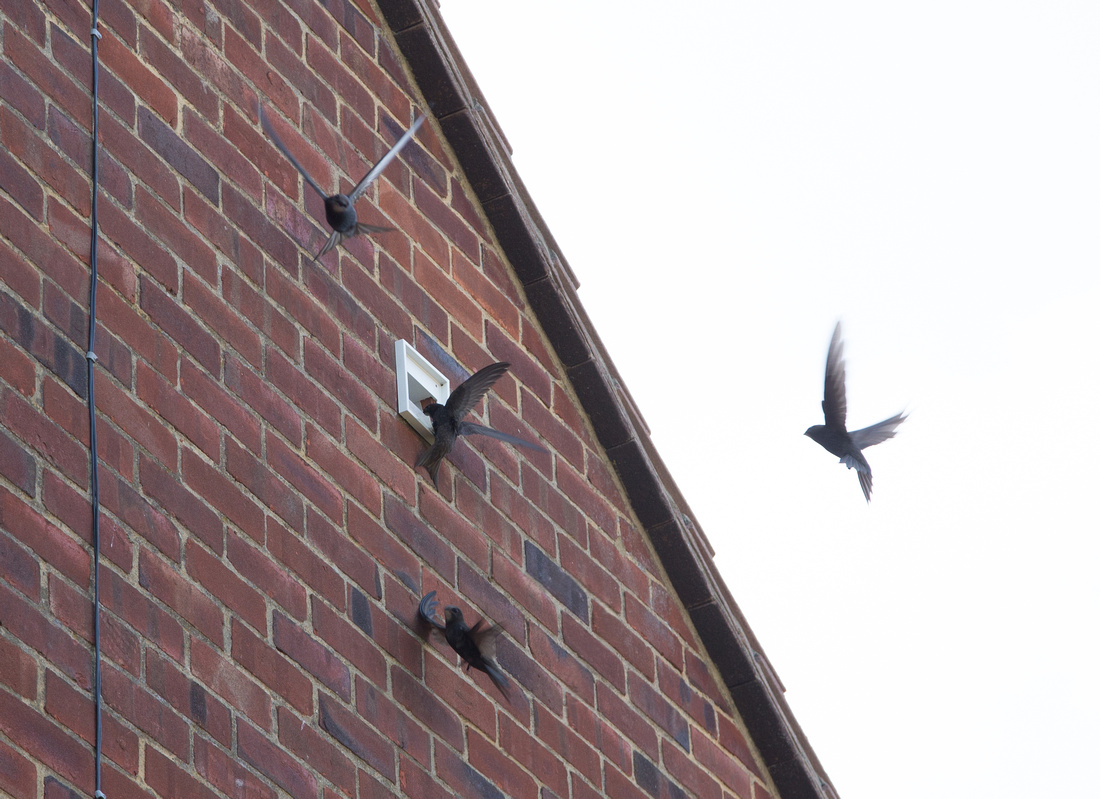 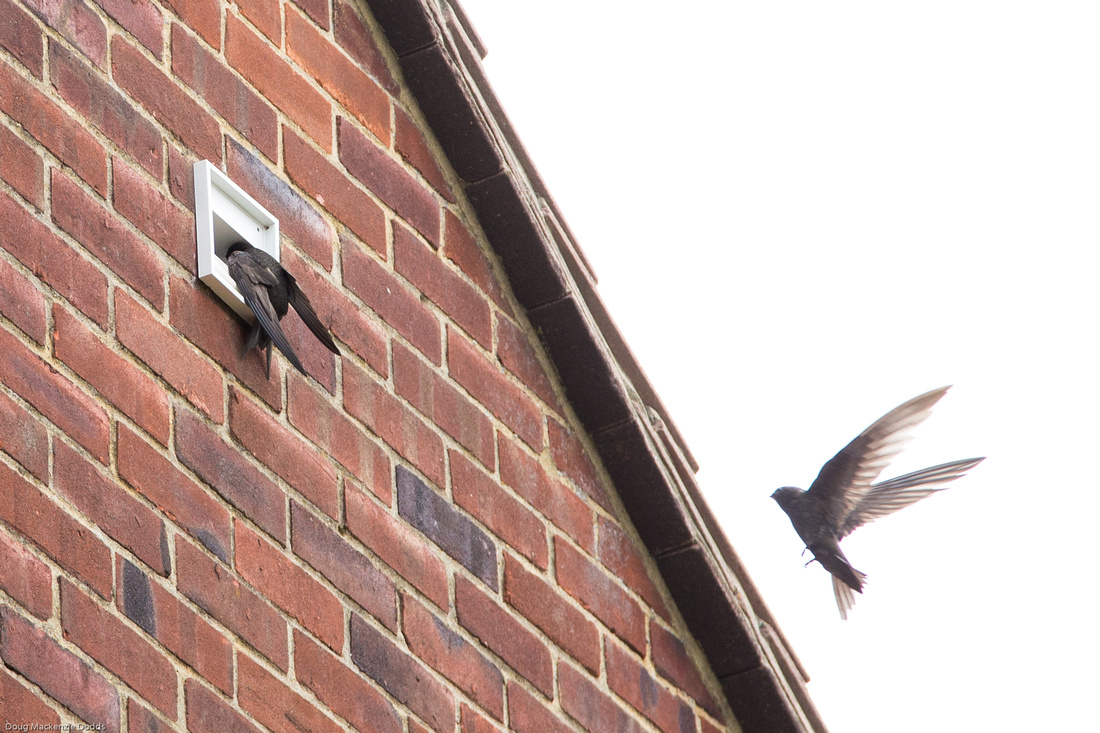 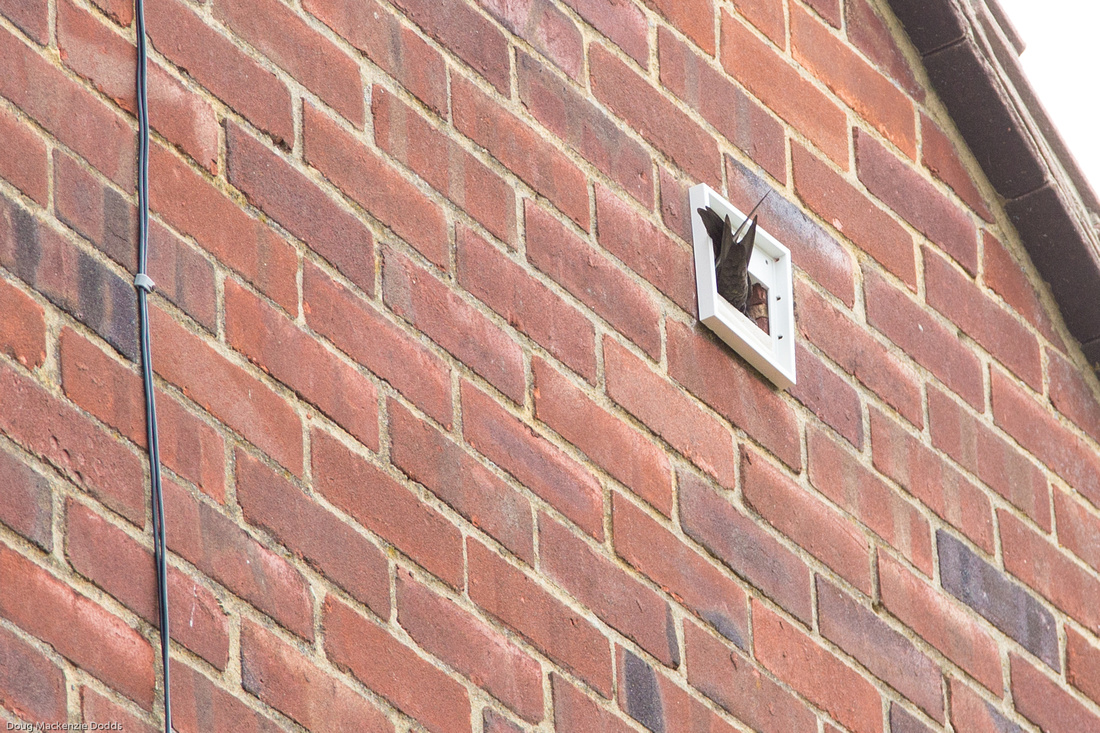 Time will tell (the next year especially but also perhaps the year after that - as swifts aren't thought to breed until they're a few years old) if these visitors DO finally breed in our roof (and then finally I can relax!) but yes... for me, 2018 was a good year for swift visitors at the new "Swift Half" -and because it was so good - I've become excited again about next year, rather than slowly slip into my normal lament of "they'll nevvvver breed here, sob sob" each September.

That was just me though - what of others?

Well... swifts did make headline news at the start and middle of May 2018 - and when I say headline, I mean NATIONAL headlines. BBC Breakfast ran at least one story suggesting that swifts were perhaps not coming back to the UK at all this year, although thankfully an ornithologist (and "swift fancier" like me) put them right on that one.

There is little doubt, looking at the BTO Bird track graph below (Credit to BTO and BTO Bird Track for this invaluable tool) that swifts started to come over from Africa via Spain and France in good time, in late April as normal - but then May came and they suddenly seemed to be "held up" for some reason.

They never really recovered from this week-or-so stall, but they did arrive back in the UK this year as normal, albeit a little later than normal in many cases - and not in the historic numbers we might have expected.

The answer probably has something to do with the fact that Spain (in particular) and France had a truly dreadful last couple of days in April and first week in May (PEAK swift migration season) which might well have held them up or even killed them (no food).

The table below (I've added the cyan asterisks) shows the temperatures around Madrid at that time (NB I've not included 28th April - but that was just as chilly too). 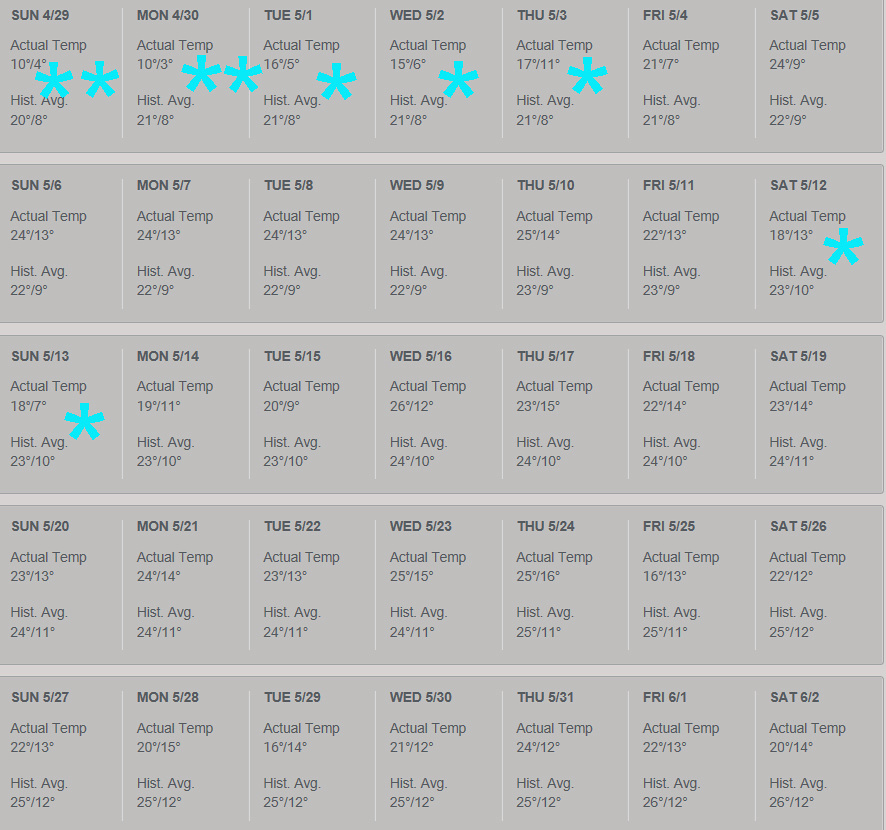 Whether this late and less numerous arrival was just a blip - or an actual sign of things to come will become clearer over the next few years. Our summer swifts in the UK are pretty-well at the most northern part of their breeding range (rather like barn owls) and if they can't get here easily (like this year perhaps due to the continental weather) or feed here easily (due to our less-than-clement summer weather some of the time), then they will get fewer and fewer one might predict?

This year, 2018 will go down as bit of a missed open goal for some of our breeding UK swifts it seems then. We've had a superb summer - dry and warm and those swifts that did make it over (the majority it needs to be said - look at the BTO graph again, above) would have had a very successful year I'm sure (unless the swiftlets overheated in their hot nests!) - but those that didn't make it over at all, or didn't make it over in time to successfully breed (swifts really should be mating and laying eggs in May as their young take so long to develop and build up their flight muscles - when a young swift takes to the air for the first time -it has to keep that first flight going for perhaps four years!) missed out on what could have been a superb year I think.

All this is underlined by the fact that our UK breeding swift population is declining - and declining worryingly quickly.

We 'swift fanciers' can't bear to think of a summer in the UK without the best bird of all, but we're heading that way at present and could do with a superb summer next year (both here and a good early May on the continent too) to try and buck this trend.

For now though, you KNOW what to do, don't you?

Take the next 8 months to build or buy your own swift nesting spaces in/on your house - and start counting the days until May 1st next year eh? 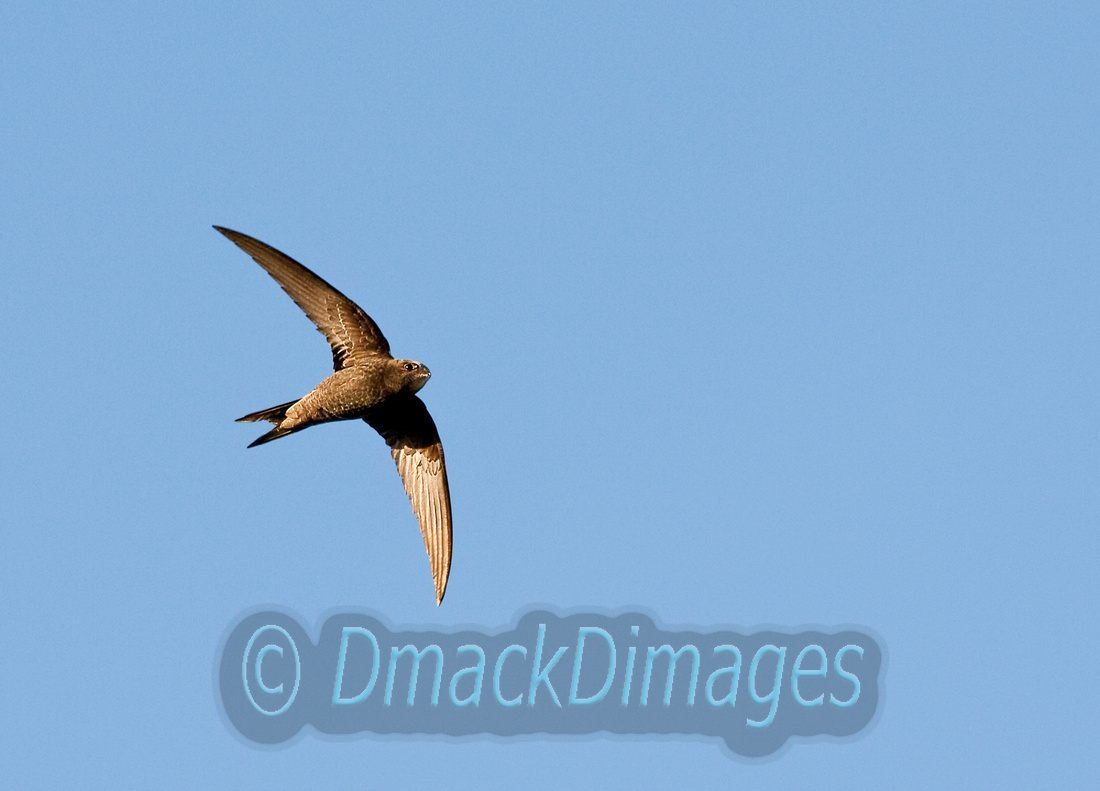