Again, not that much to report here  ( EDIT... other than the best photos I have of any of these birds at the end of this blog post) - two owls are still on their "winter barn" (I think two have left).

I was gonnae try and take a few close-up shots in the morning dawn today (as they were perfectly lit up as the sun rose yesterday), but despite being a clear night last night (the night of the "Harvest moon" this year), it has since clouded-over here and the shot wouldn't be worth getting I think). EDIT - sun came out as soon as I wrote the above, so I dashed back up to "owl-ville" and a couple of resulting photos taken from the car hide are posted at the end of this blog post).

Never mind - I hear we may get a little sunnier and warmer again in early October (next weekend onwards by the sound of it) and as I have a week off work then - maybe I'll get a chance then to grab a close up dawn shot of our owls....

Two photos for the blog from yesterday - one of the pair of owls in the morning: and one of a single bird at sunset last night (taken through a hedge): 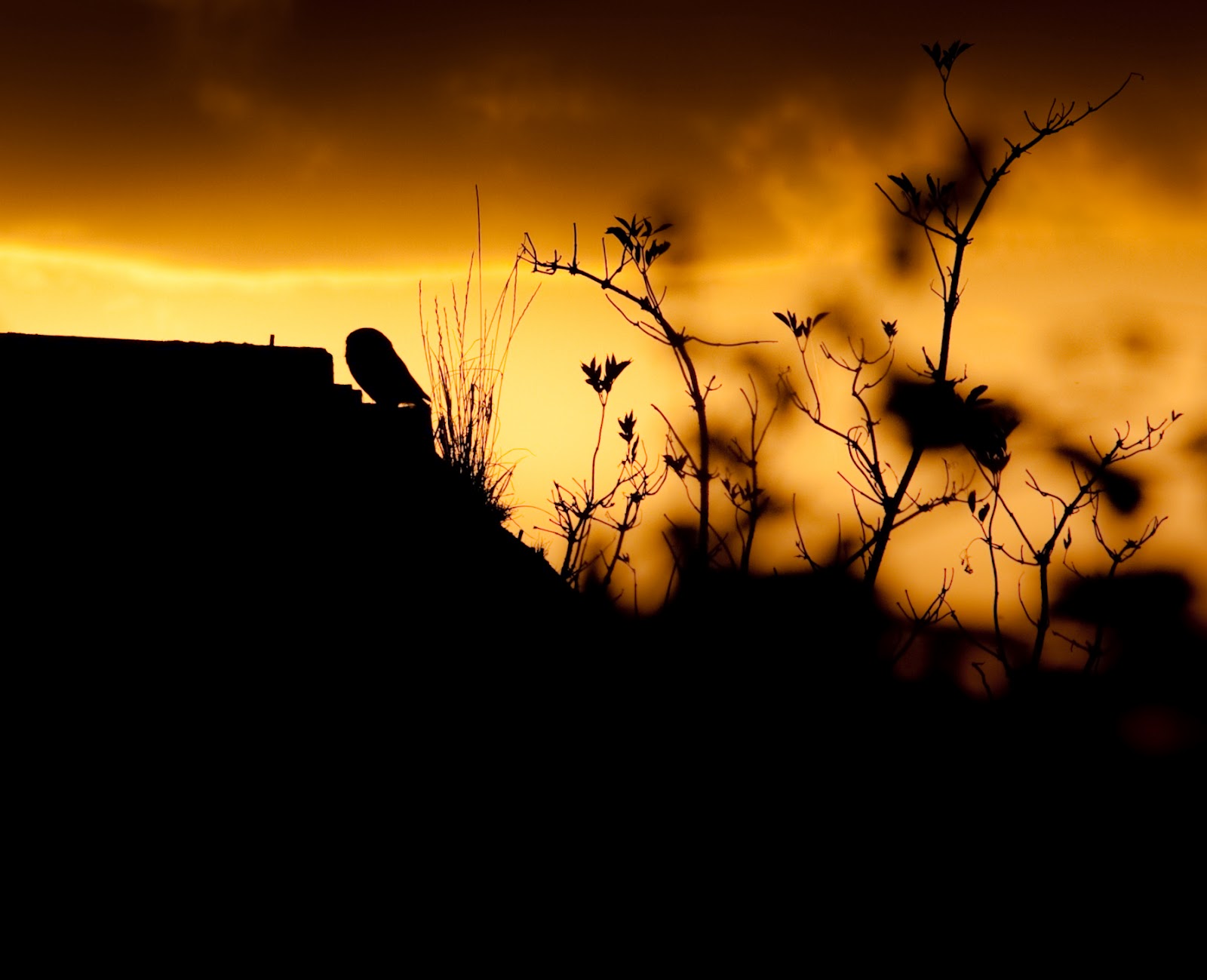 EDIT - Neither of the above photos (taken yesterday) tell the viewer what its like to really stare down an owl though.

I sat in the car by their shed for 30 minutes (only) this morning, having hastily erected a camera on a 6 foot tripod under their favourite perch about 80 feet from the car.

The camera was connected to a radio remote - the trigger being in my hairy mit in the car.

Half an hour later and one of this year's young birds flew onto its favourite perch and I started snapping.

74 (SEVENTY-FOUR!) photos later it had had enough and so had I, so I retrieved the camera, it flew under the shed roof to hide (and roost) and we all lived happily ever after... 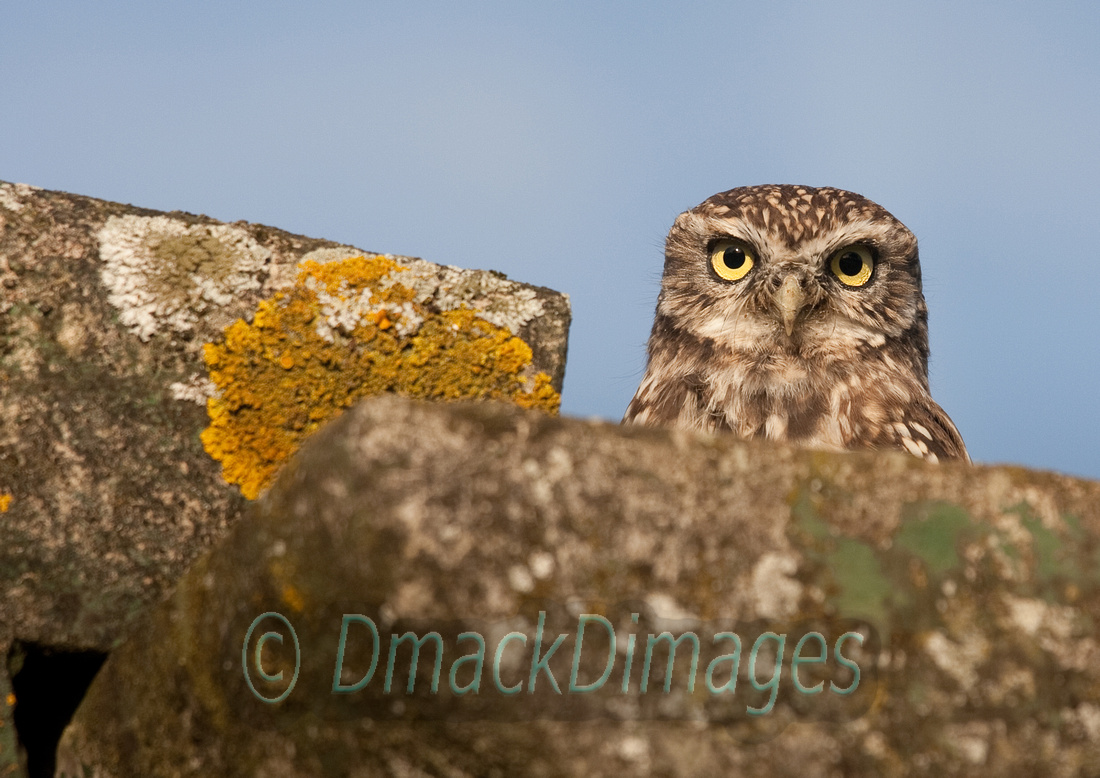 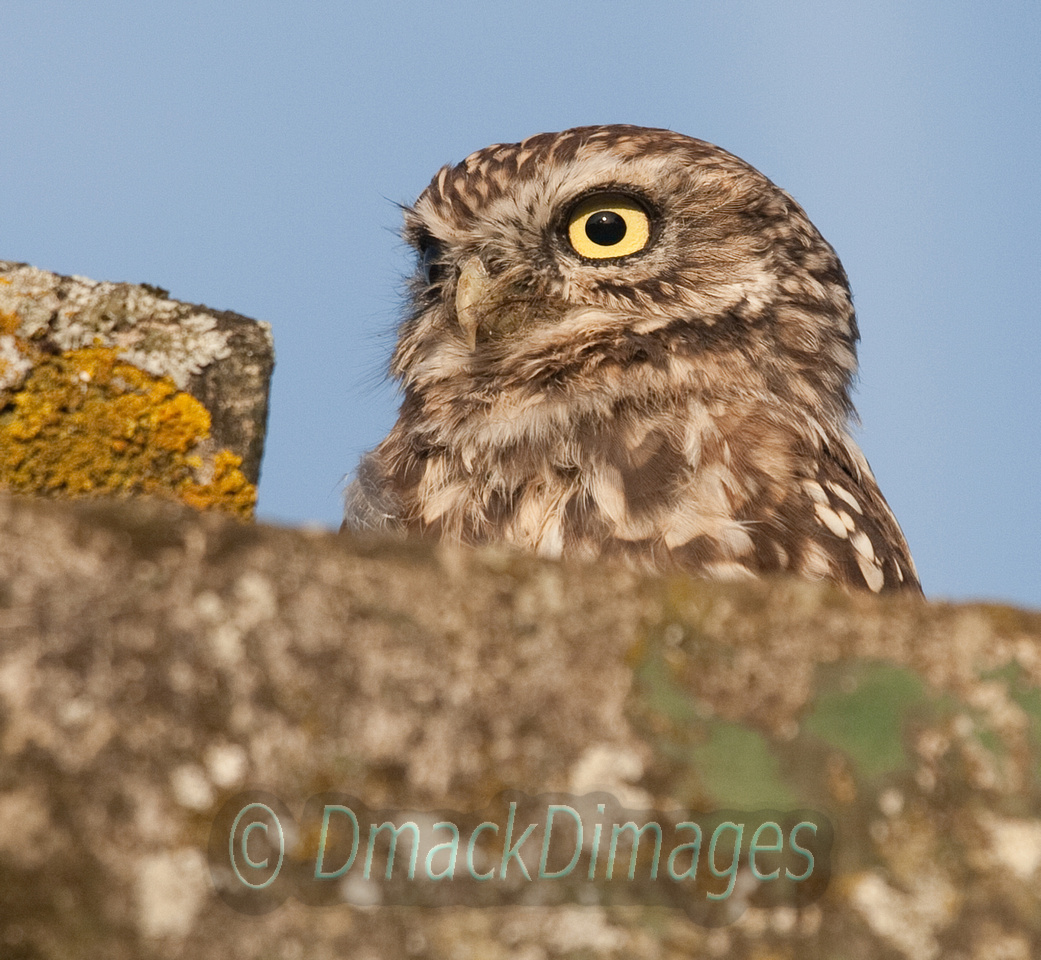