I got up extremely early again this morning (before dawn) as I had another blood test to be done (ongoing investigations into my health problems) and so worked from home until about 1500hrs.

Today (I hear) is meant to be the end of summer for us now... well... we've had a handful of beautiful days so we can't complain (can we?!)

Anna (my wife) and I had decided at the beginning of the year that we would not be taking a holiday abroad this year for the first time since 2006, a decision based on many reasons, but boyyyy..... am I missing the mediterranean sun (and habitat) this year - what I'd give for a fortnight at our holiday base last year - the very hippy (no tv, no music, no electric lights allowed after dark) cirali beach in Turkey.

The whining of cicadas, the repetitive hooting of the scops owls, the heavy scent of jasmine and orange in the air, the geckos chirruping to each other, the levant and hummingbird hawkmoths darting around, the plaintive howls from the wolves in the nearby Taurus mountains.... oh I miss it dreadfully!

Never mind. It was sunny here this afternoon (our first sunflower has suddenly bloomed eight foot in the sky in the back garden!), so I thought (like I said) I'd get down to the most mediterranean place I know nearby and see wat g'wan down dere. I needed a bit of cheering up - I'v been feeling waay too low recently.

With this sunny week and after all the recent rain, the boggy heath has exploded into life 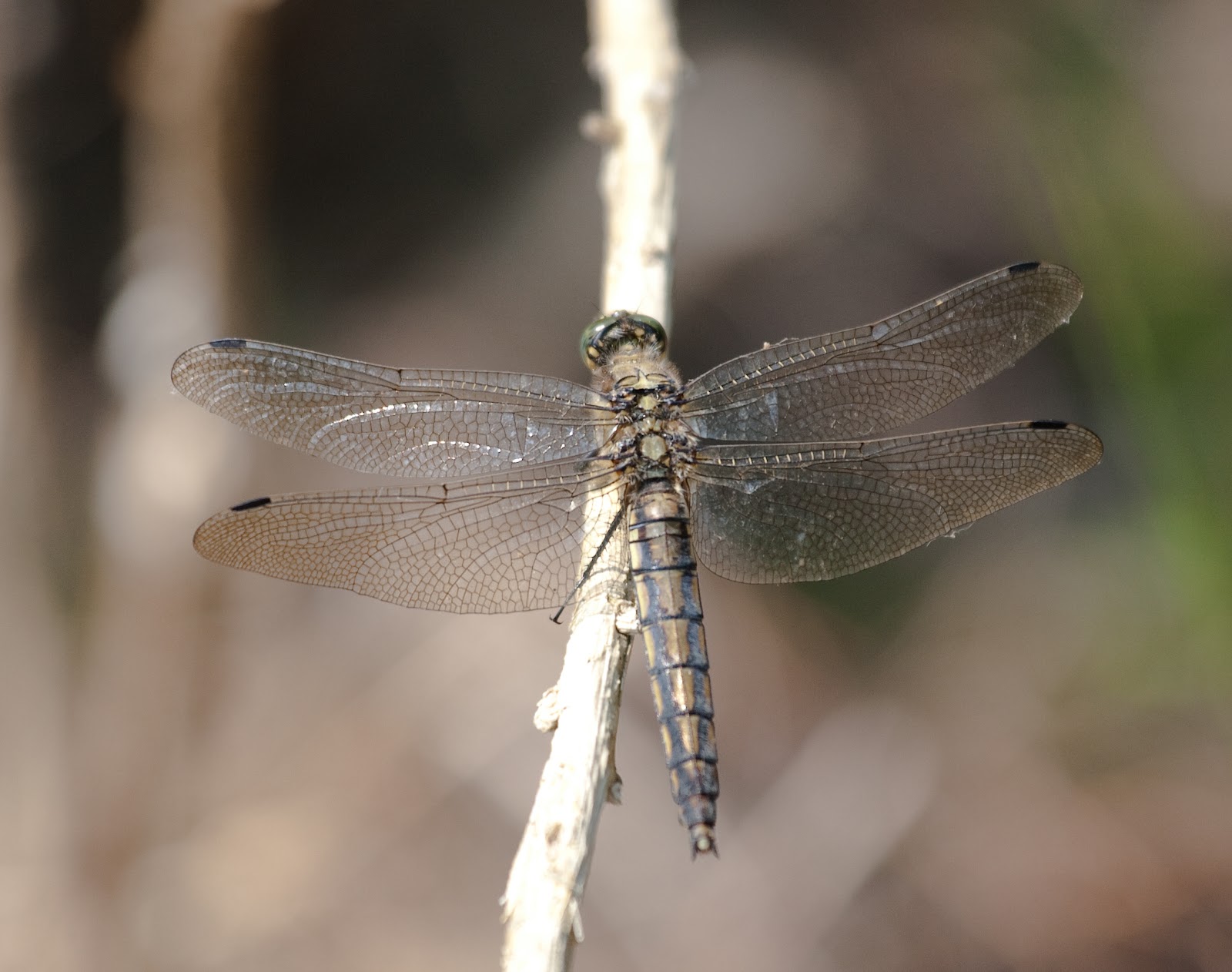 The air was thick with dragonflies of all shapes and sizes - four spotted chasers, black tailed skimmers, broad-bodied chasers, common darters , brown hawkers, and emperor dragonflies were all busying themselves - fighting, mating, hunting - fantastic to see. 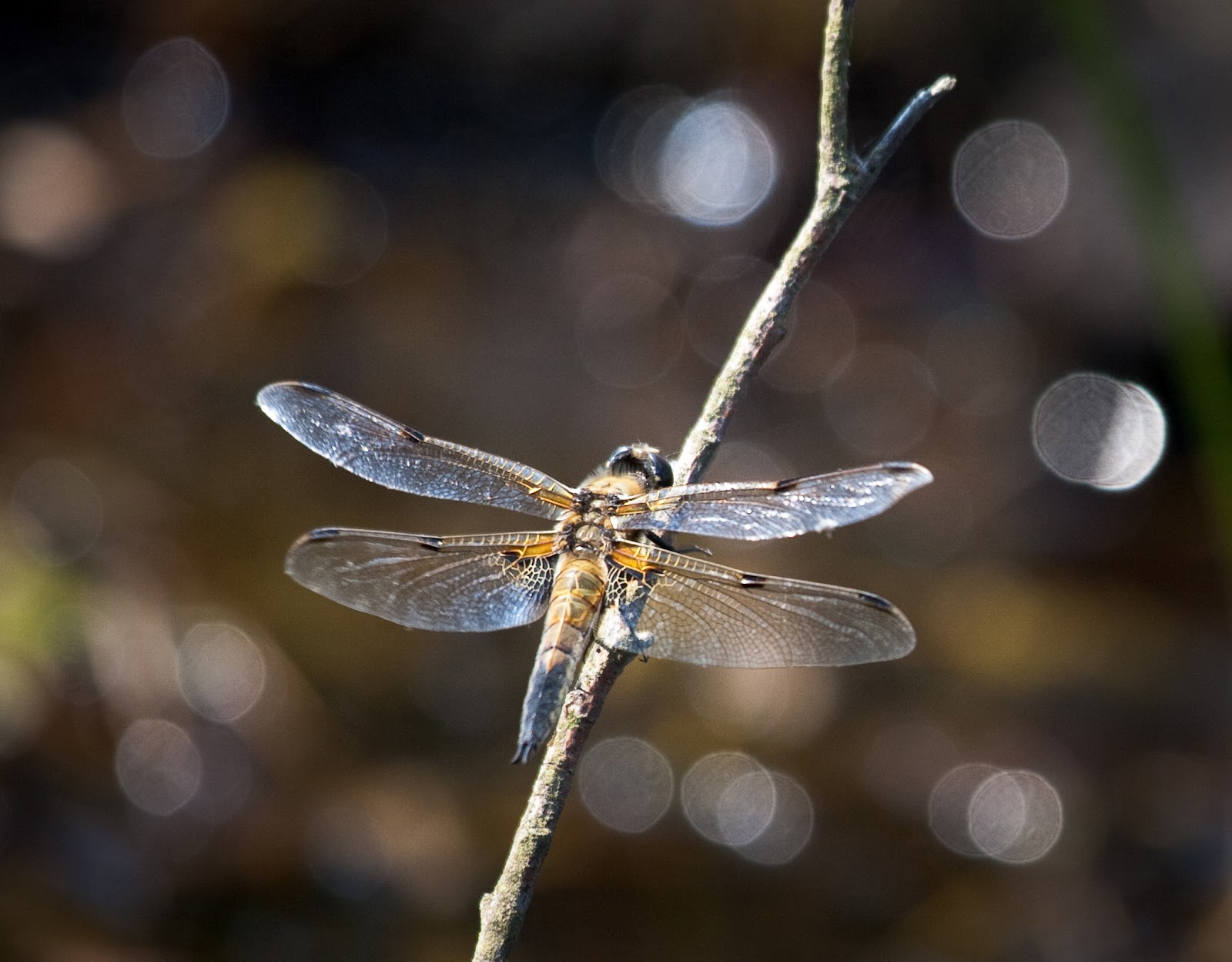 A lone hobby cruised by overhead (they (as well as crossbill and sparrowhawk) nest in the nearby Swinley Forest - and regularly take down dragonflies from the heath - one of the only bird species quick enough to do so).

Young stonechats chinked their alarm at me and I watched a couple of young nightingale dance in and out of the heavy scrub at the edge of the peaty bog. (Dartford warbler are around at the site also, but today I saw none).

A movement in the peaty water below the boardwalk I was standing on caught my eye and I watched in amazement as a grass snake (or water snake or yellow-collared snake (call them what you will) swam across the pool I was standing over, with a good-sized frog in its mouth. 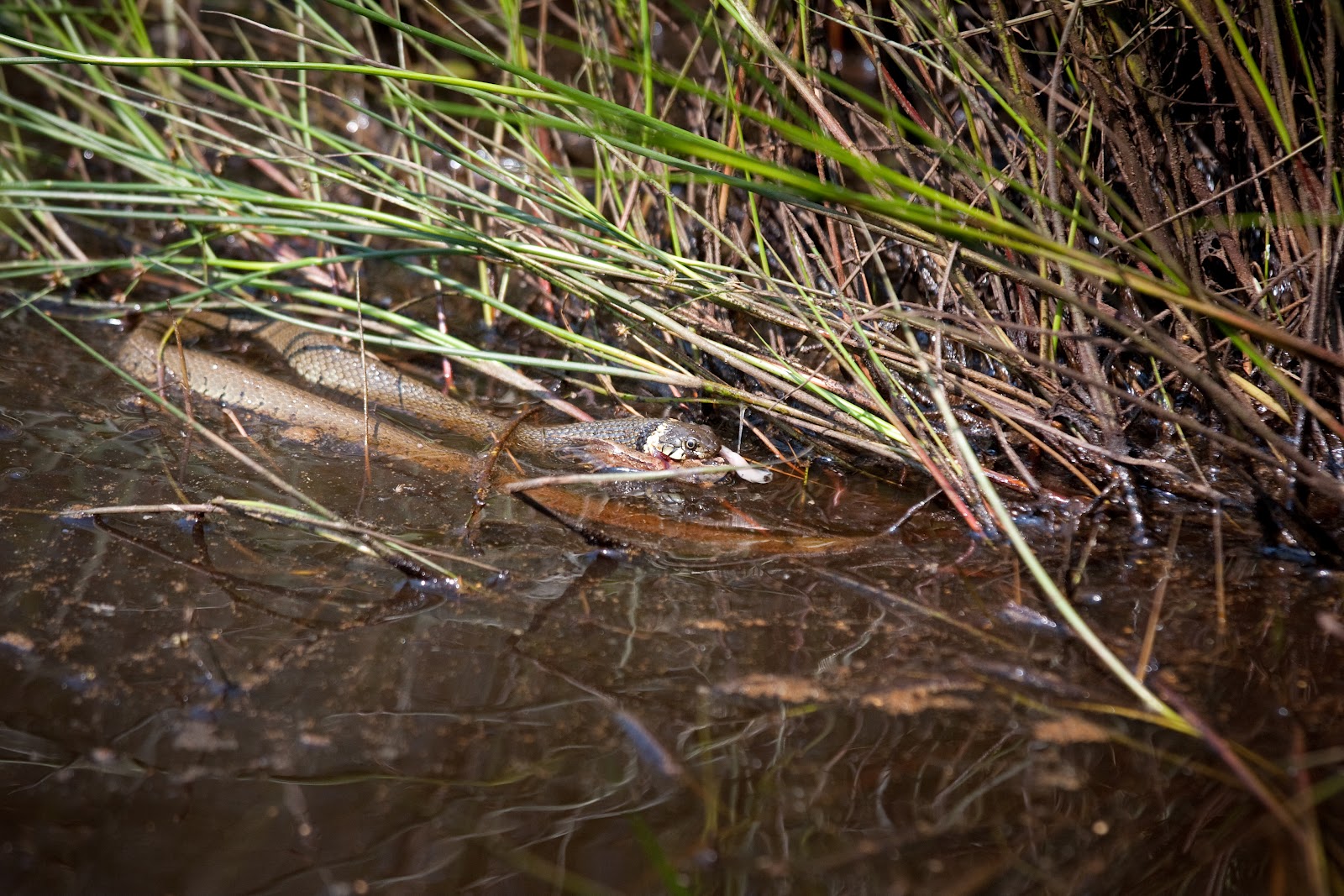 The frog was clearly still alive,  but not for long - and I watched as the snake swallowed its unfortunate prey whole, right in front of me.

Grass snakes are pretty common really, but its not often one is lucky enough to see one catching and eating its prey.

There are adders on the heath also, but again, I saw none today - I think they actually might have been sheltering from the later afternoon sun, rather than basking in it as it was incredibly warm again this afternoon at around 30c.

I walked on and a blue butterfly made itself apparent low down in my periphery vision - in amongst the heather which is just turning a glorious purple.

I stalked the little beggar (as best I could) hoping that it would be a silver studded blue which I know exist in a colony at a heath about two miles away from where I was standing at the time.

An examination of one photograph on the screen of my camera made my heart leap -yes - I was watching a butterfly I've never seen before - a superb silver studded blue. (These are not common at all - and only exist in very specialised habitats in the south of England mainly - Dorset and Hampshire being their "strongholds" (if you can call them that!)) 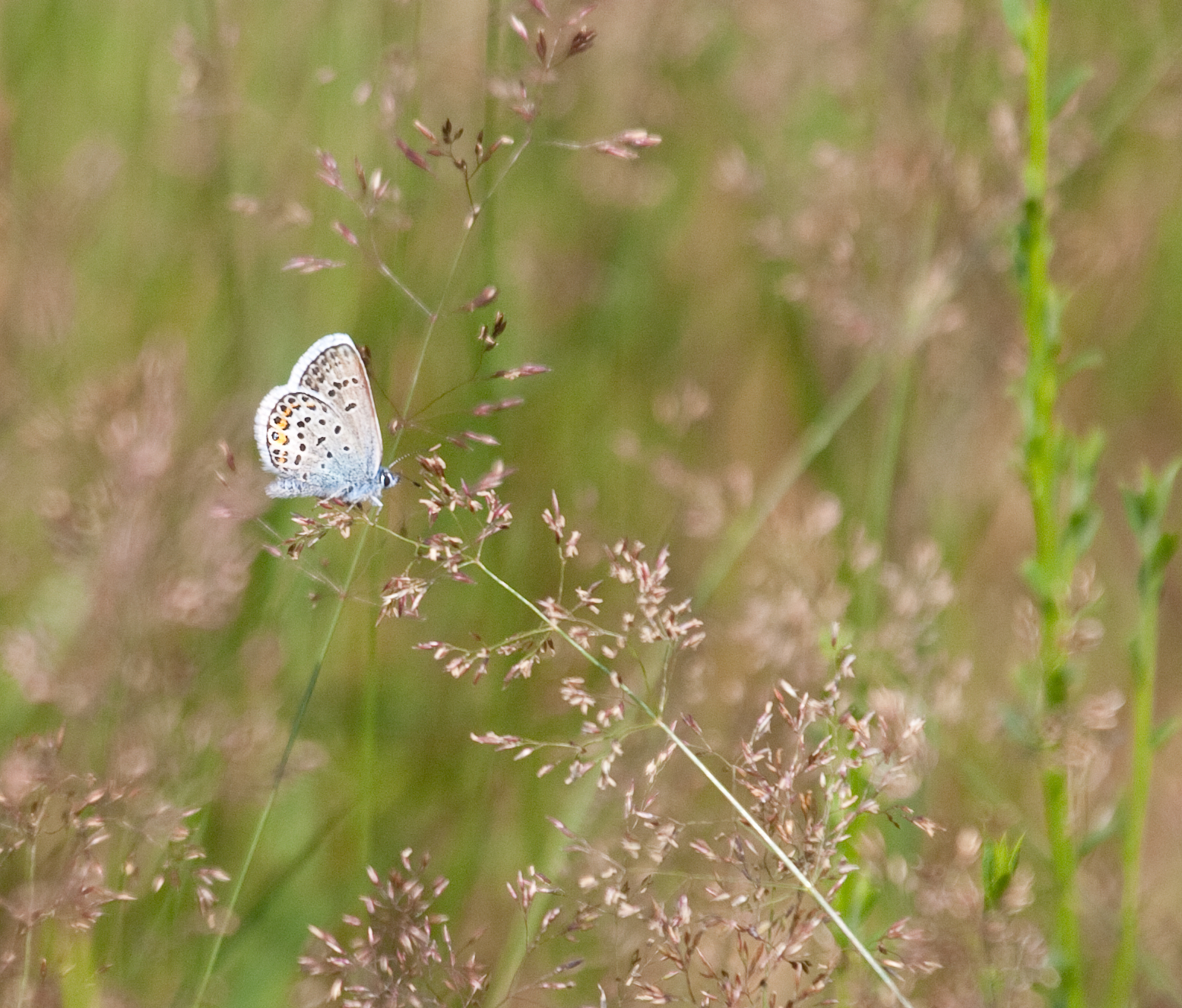 I'll certainly be back to see if I can find any other silver studded blue butterflies  -  such pretty little things.

I walked on a little further, to another peaty bog surrounded by bell heather and realised that I was being watched from about 20 yards away - a pretty large common lizard was sitting at the edge of the boardwalk, eyeballing me! I got down on my belly and crawled towards it, trying not to spook it before I could get a shot for posterity - it obliged pretty well! 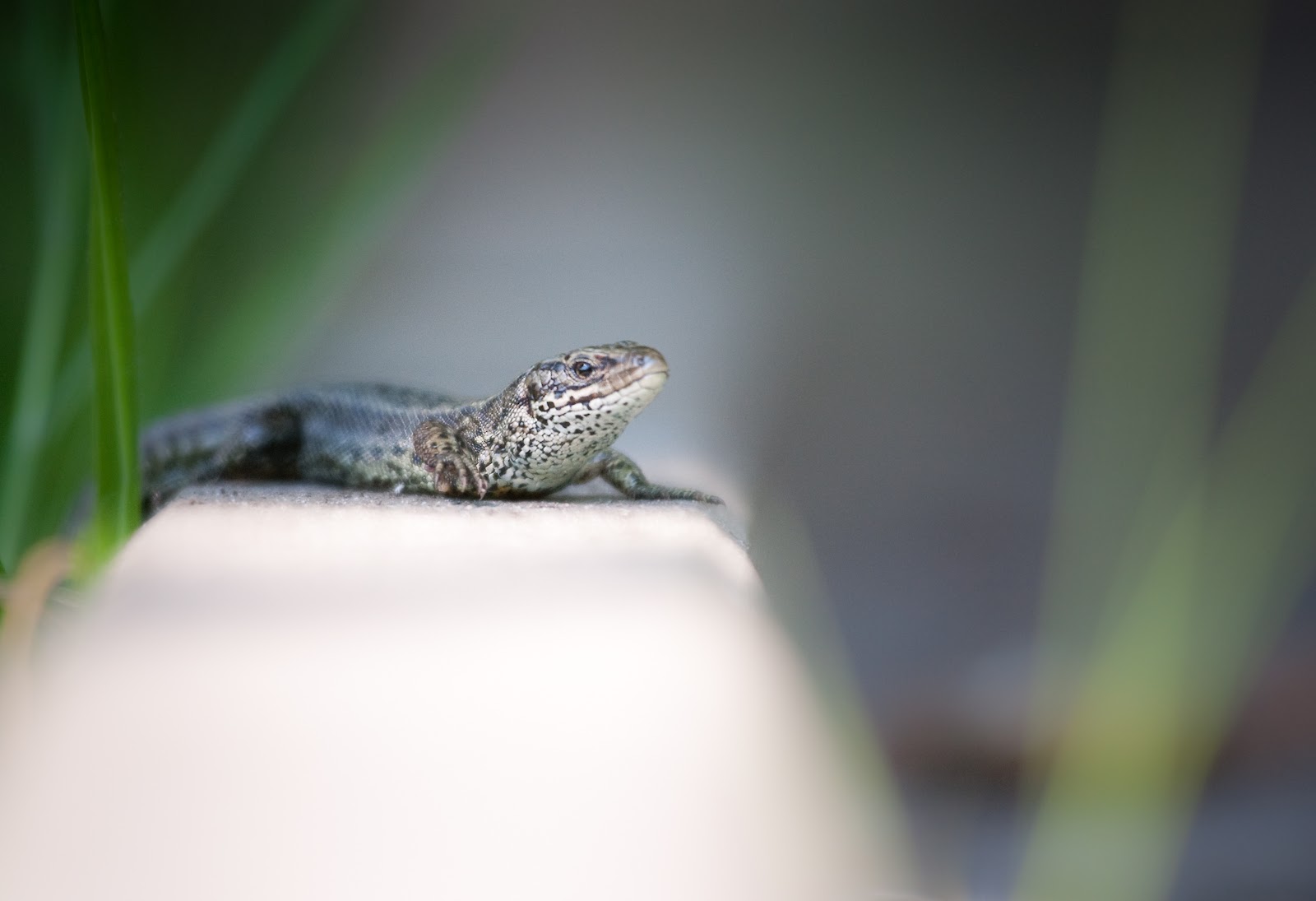 Needing some water, having been out in the sun for a couple of hours, I turned back towards the car and as I made my way through the heather, birch, bracken, clouds of blue-tailed and red damselflies erupted from the vegetation around me.

I could hear a young family of green woodpeckers calling each other from the wood I walked around and closing the cattle gate behind me, watched as a young roe buck pronked away into the shadowy heavy undergrowth.

A friend of mine told me today that her local nighjars are still churring (in Dorset) and I know we have 'jars at this heath also - I wonder if I'll have time to return tonight, to see and hear this incredible bird....?

You know, when I feel low, I feel so lucky to only have to go to a place like my local lowland heath - to really make my heart sing again.

I am a lucky boy.