Watching owls with an owl. 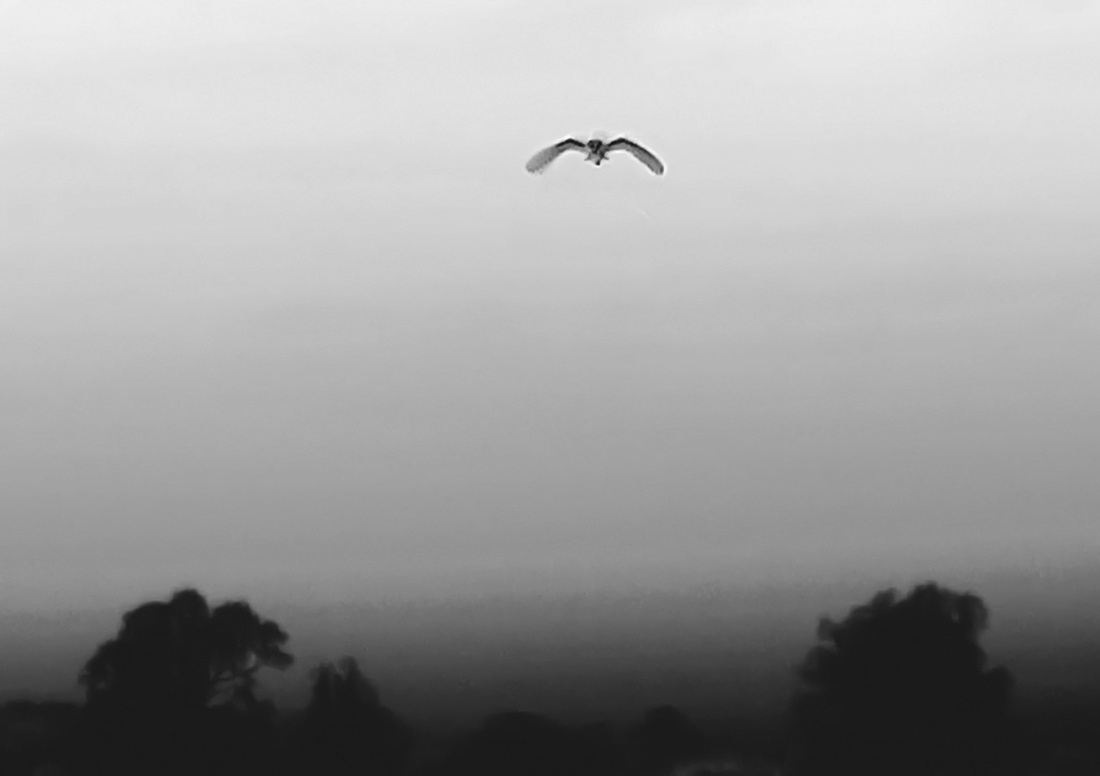 Late last night, in the pitch black (the low, orange, full moon was touching the horizon and casting no shadows at that time) I thought I'd take the opportunity to drive to our local barn owl site and see if any were still around.

We tend to only get to see them in the winter as from April to saaaaay October, it's often too light at the times we can get up to their place and as such they're tucked away in their roost, asleep.

This week though, my wife and boys have taken a week in the midlands to see their parents/grandparents so I have a little time to myself AND the opportunity to take my wonderful thermal telescope which my wife bought me for my birthday this year up to "owl-ville" to see wha g'wan.

Long story short is we DO have two adult barn owls hunting very close to their roost* and calling to each other, at the tail-end of breeding season, surrounded by tawnies, by the sound of it last night.

*Yes. Two adult owls hanging around their roost at the end of breeding season and calling to each other *does* perhaps suggest young are being brought-up. That said, adult barn owls often hunt away from the nest when taking food to the young, so when the young DO eventually fledge, they can learn to hunt right next to the safety of the nest site and roost. They did seem to be hanging around their roost or nest so perhaps they don't have young... or.... maybe... the two owls I saw and heard last night WERE this year's young birds? I got a very short thermal video of one of the owls checking me out last night in the pitch black and I'm pretty sure it was an adult and not a fledged youngster - but of course I could be wrong - it was pitch black after all and the "OWL OQ35" thermal camera, stunning though it is, couldn't reveal that sort of detail to me.

By the way, I know the thermal footage below makes it LOOK quite light when I recorded the flying owl. It wasn't. It was pitch black. These cameras are something else!

I'll leave the owls alone now for a few weeks - I certainly didn't disturb them last night in the dark (I was quite a way from their roost or nest) but I don't want to tempt fate, even with a thermal scope rather than something far more intrusive like a big camera and flash guns (I see these sort of photos all over social media - terrible really - these are, again might I remind people, Schedule 1 birds with special protection!).

Lovely to know they're still around though - and wonderful to perhaps think they may be bringing up young this year.