A teaser for you.

In a few days (perhaps less than a week) I will post a photo (three in fact) that I took this morning, in the garden, of two wild British animals that I don't think anyone has photographed (together) before.

OK. I may be wrong on that assertion, but an extensive google search suggests that I may actually be correct.

Am I the first person to photograph this species interaction?

Here's a teaser for you - guess away if you like - and all will be revealed in the next week. 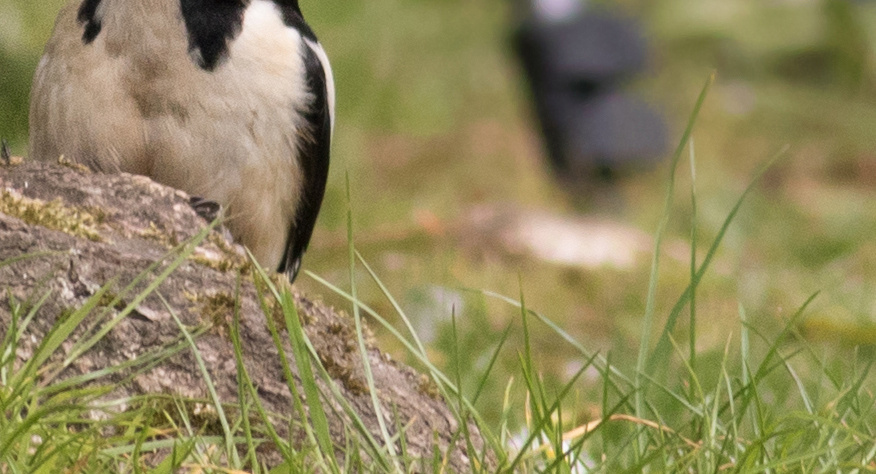 I got some lovely footage last night of two a male and a female hedgehog "a-courting" in the garden. Well... the male was "a-courting" and I'd call the female a right tease, to be honest.

These protracted dances can last all night and quite often they fail to end in successful copulation - the male simply gets bored of the female giving him the run-around (actually the male ends up running around the grunting, snorting, I'm-not-having-it female, but you know what I mean) and wanders off.

I watched two of our hedgehogs dance around each other in the pitch black last night - but I could only do so because I was using my wonderful HIK MICRO OWL PRO OQ35 thermal camera (again... I will review this thing in full when I've given it the full black rabbit treatment).

That's how I watched (and filmed) the hedgehogs "a-courting" last night in the pitch black - but I certainly didn't need any electronic gadgets to assist my hearing of their shenanigans.  The female is incredibly noisy in these meetings - grunting and snorting her (one would think?) disapproval for hours as the male poddles around her and she point-blank refuses to let him come at her from behind, matron.

As I think I've described before, the footage from the HIK MICRO OWL PRO OQ35 thermal camera has no microphone, so no sound will be recorded on its footage, but the footage itself below is of superb quality (dare I say so myself) and shows just what this piece of kit can do. I've added "anti-shake" to the video clip, which makes it look a wee bit wobbly, so please take some seasickness pills if you like, with your cup of tea, as you settle back to watch the dance of the hedgehogs - all in thermal vision. No... no light was used to record this footage - it's all recorded by looking at HEAT. (Yes.. the camera is superb!).

Just to round off this prickly story, my motion-activated camera by the hedgehog food bowl, picked up quite a lot of activity too, later last night (or should I say early this morning).

It's exceedingly rare to see two adult hedgehogs use the same food source at the same time around here, so I assume these two hedgehogs (below in the clip) doing just that - are the same two that were dancing around their metaphorical handbags five or so hours earlier. I actually hope the clip below shows a post-coital cigarette being smoked meal being eaten, but the continued snorts and disgruntled grunts from the female in the clip below, may suggest otherwise.

Oh. In case the regular reader(s) of this blog would like to know WHICH of the hedgehogs (A,B,C or D) were filmed in the clips above... well... obviously B (as that's our only female) and I would have to guess... male C. I may be wrong. Please re-read this post and guess for yourself.

Finally then, talking of guesses.

Do return to the teaser photo at the top of this post - and have a think about what on earth I've photographed in the garden today that I don't think anyone else ever has (together) - or if they have... they've not publicised their photos.

What COULD I have snapped then?

The answer will be with you before long. See if you were correct then. Good luck.