I always get a little sad as the Wimbledon tennis* championships end. It's like summer has finished before it has even begun - and I know my beautiful swifts will be racing back to The Congo in a matter of a couple of weeks (if not days in some cases).

Luckily, the weather yesterday, two days after this year's Wimbledon Championships finished in spectacular style on Sunday, snapped me firmly back into reality that OF COURSE summer isn't even a month old yet - there's plenty more to see and do before we all have to don long trousers and woolly hats again.

It was a steamy 28 Centigrade here yesterday. You could have fried eggs on our patio.  And with that came what I think was our first "flying ant day" of the year - at about four o'clock in the afternoon, it seemed like every wee fissure in pavements and patios nearby, erupted with hundreds of the sexually-active flying ants - which then flew around in huge numbers, bumping into windows and hedges and walls and the eager, open mouths of hungry house sparrows and starlings.

Then at around ten o'clock in the evening, just as we went to bed as it happens, an orange (half blood) thunder (or buck) moon (the "name" for July's full moon) rose in the Southeast sky, with a large chunk missing (in the earth's shadow).

I'm sure there will be plenty of people who took FAR better photos of this partial eclipse last night. Perhaps they gave their photo some foreground context or perhaps they took their photo at around ten o'clock, when the moon DID look orange, rather than at around half-past-eleven like me, when all the orange colour had disappeared.

Anyway... it was lovely to see and for what it's worth, my photo of this flying-ant half-blood buck (or hay or thunder) moon can be seen below. 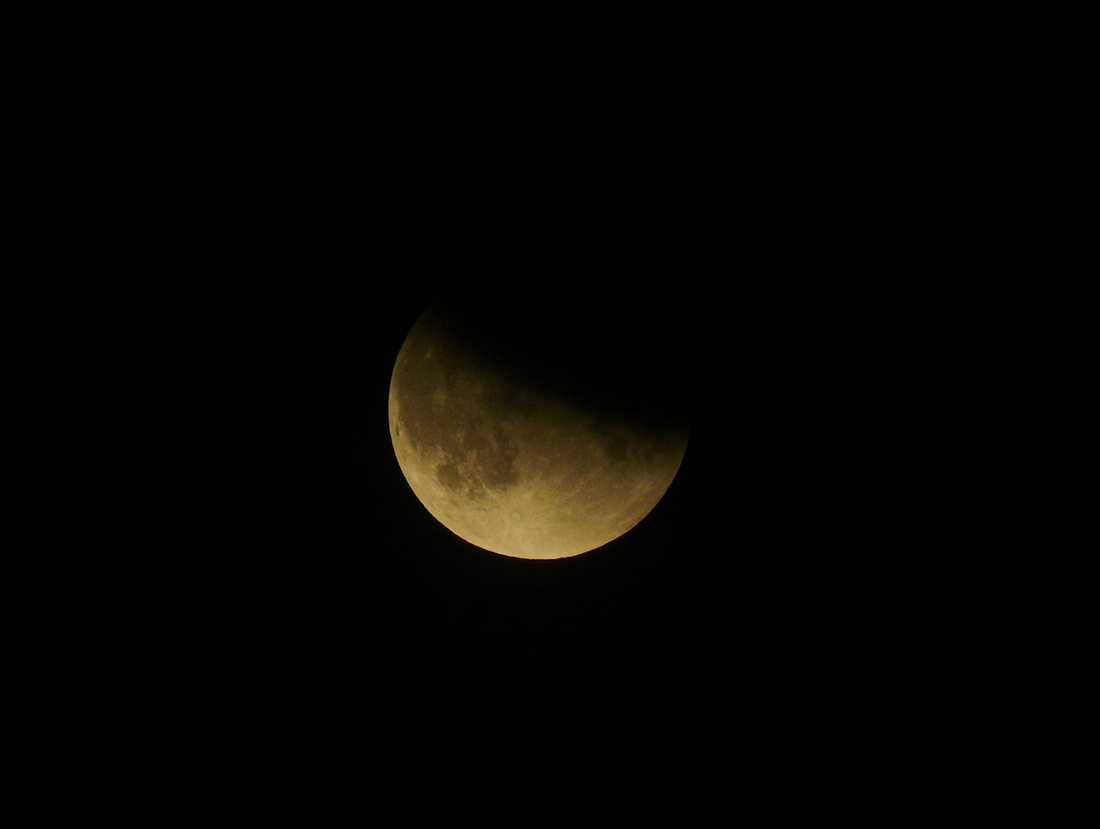 Yes, this IS a full moon. In a clear sky. Last night.

*Tennis is (I think) about the purest form of sport there is - and when someone like Roger Federer plays, it is nothing short of beautiful. Far more beautiful than "the beautiful game"....