On one of my poddlings around the town today (I needed a haircut and thought I'd walk 5 miles around the area afterwards), I happened across a big brown caterpillar on a pavement.

I picked it up and quickly realised it was a caterpillar of an "Old Lady" moth. 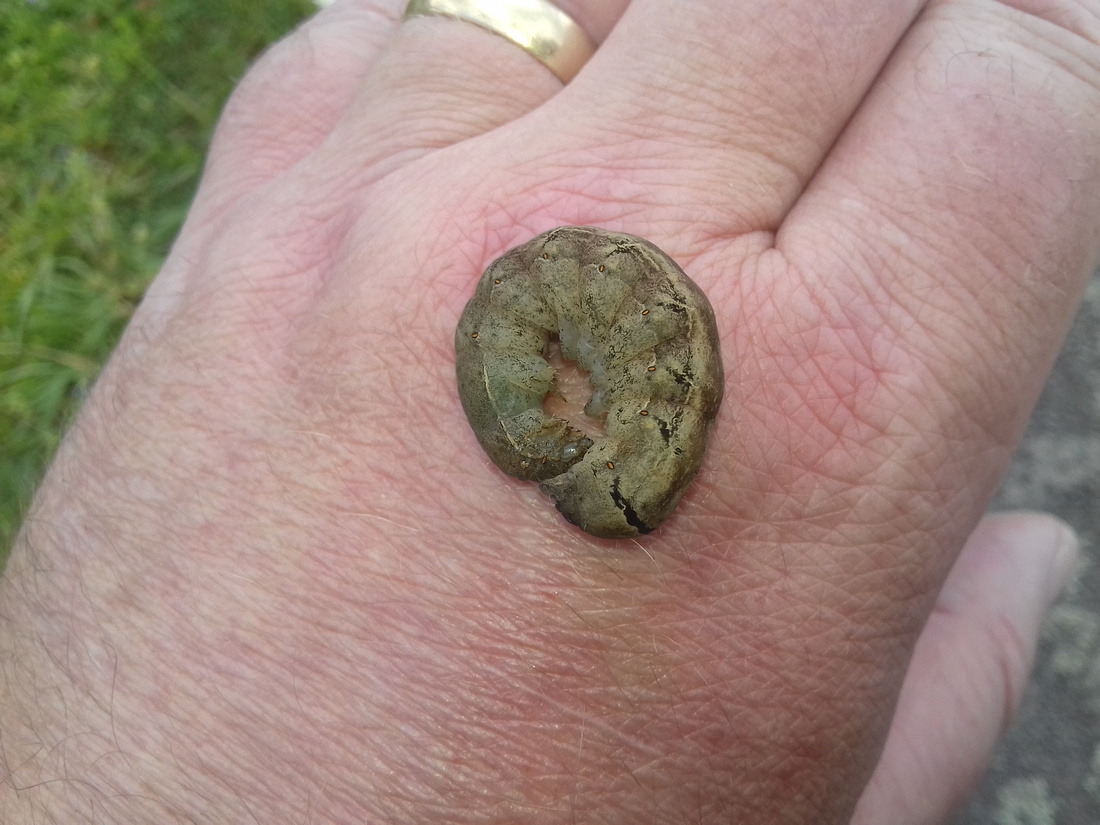 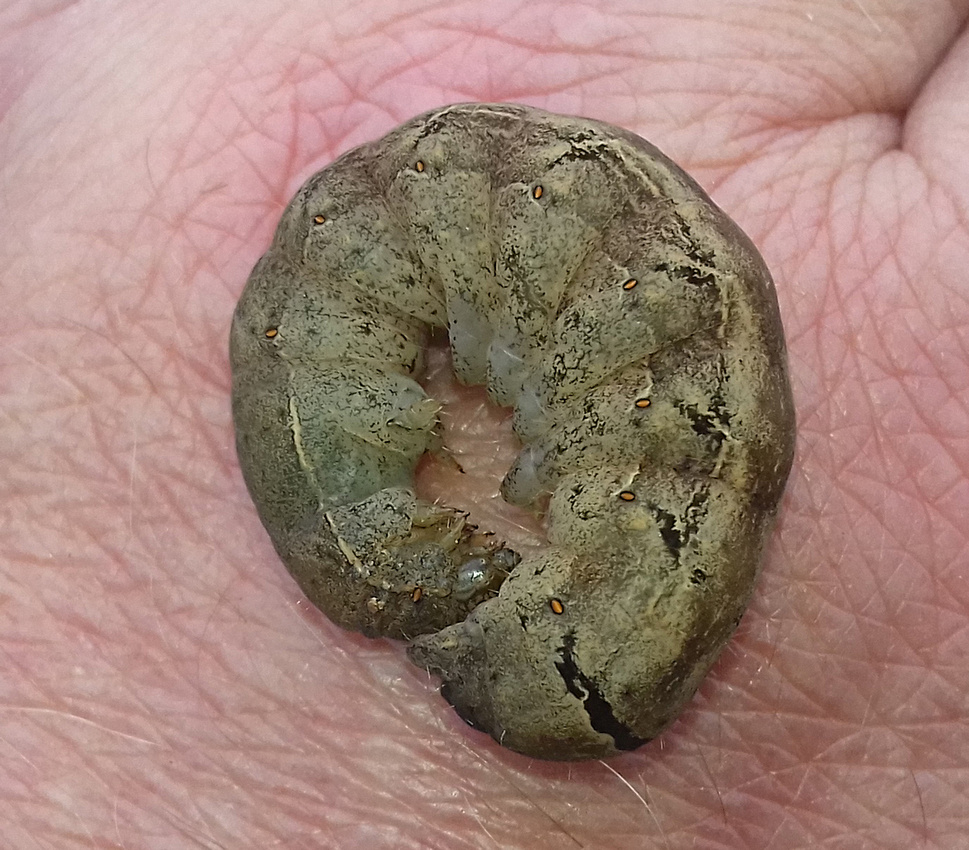 Now... various books or web guides or indeed pieces in the Telegraph will tell you that this moth was so-named because when it was named, it was fashionable for older ladies to wear long dark capes or cloaks or dresses.

That would be a reeeeasonable assumption I suppohhhhse - although an incorrect one, even though EVERYONE says that IS the reason.

The REAL reason that this moth is called "Old Lady" in English, is on account of its scientific name - Mormo maura.

"Mormo" was a hideous she-monster. A bugbear. A spectral-bogeywoman of  Greek and Roman and (Mediterranean) North African myth. A mysterious female vampire which would visit naughty children at night and then BITE THEM.

She would of course be dressed in dark, flowing robes... and was generally depicted as old (not like in this image).

"Maura" on the other hand literally means of (old) Mauretania, of Moorish descent. (NB> Old Mauretania was further north than modern Mauritania).

This is where the Greeks and Romans told their children that the monster, Mormo, came from. (North Africa basically).

So... this moth is basically named after the vampire bogeywoman moth of the Moors (note the capital M) and not because Edwardian and Victorian laydeez wore dark capes.

Like a lot of things grapple-fans, you heard that here first.

Keep your eyes peeled for this large caterpillar right now.

You'll recognise it I'm sure by the fact that it is:

a) Quite large (incidentally - the adult Old Lady moth is VERY (for the UK) large)!

b) Has a black line across its rump. A thin, black line and NOT black tooth marks as in the lesser yellow underwing for example).

c) Has orange "spiracular" (write that down for your scrabble games) marks along its flank (see my close up photo above).

And you might like to resurrect the "Mormo myth" (I've briefly described above) if one of your bairns finds this caterpillar before you!