Three wheels on my wagon....

…. But I’m still rolling along.

Also forgetting (if you can) Brexit and Trump (that sounds like a shady estate agents’ business doesn’t it?), 2016 for me has been a never-ending series of health issues. Some age-related. Others not, but acute and worst of all, some chronic. All bleeding awful.

I started the year with 20-20 vision, a strong back (or so I thought), two working hips and a clear head. I end the year with glasses, a knackered right hip, a debilitating and sore back after a slipped disc in September and a foggy head pretty devoid of energy and vitality.

But… at least my long range vision is still the mutt’s nuts. So I still have something to be thankful for, in terms of my physicality!

I tested my vision today on the way back from the pool (I’m forced to swim 6 days a week now in a bid to prevent any further seizing-up of my locked back) … on the hunt for Bracknell’s peregrines.

In case there are any people reading this blog that don’t know where I live, at present my wife, boy and I live on the northern edge of Bracknell. Some of our neighbours consider themselves to be “Binfield” or even “Warfield” residents, but that would be a little snobby really (rather like the residents of Henley, postcode RG9, complaining that they hated their Reading postcode!).

I rarely head south into Bracknell proper, although I’m forced to now, to swim at a private gym. I’m almost always to be found nosing around the farmland and countryside north of Bracknell (as close to us really as the CBD of the New Town).

Bracknell is undergoing a multi-million-pound redevelopment as I type and has been for a year or two now. Shortly we will have an industrial sized new Nandos and Primark (or something) which I’m informed I should be eternally grateful for.

In order to accommodate these behemoths of shopping (not just those two to be fair… the whole of Bracknell shopping area is changing), the old centre of Bracknell was pulled down last year. This included the very ugly 3M skyscraper in the centre of town.

I think I was the only local person to voice my opinion that I’d rather it was kept upright…. As I knew it was the roost for at least two peregrines. Pretty-well each time we headed into town for a big food shop, I’d look out for the peregrines… and pretty-well see them every time.

Of course, as soon as the 3M building was pulled down, these magnificent birds lost their roost. They’d have to move elsewhere.

So where did they go?

Look what I drove past today on my way back from the pool. 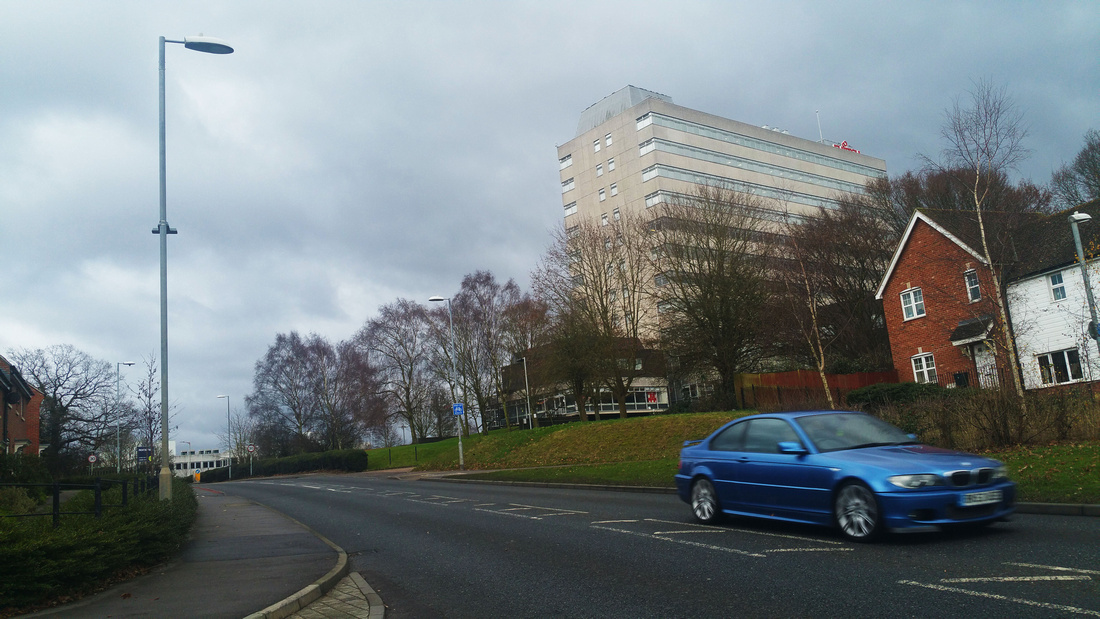 Nothing special. Just a huge great office block on the outskirts of Bracknell eh? 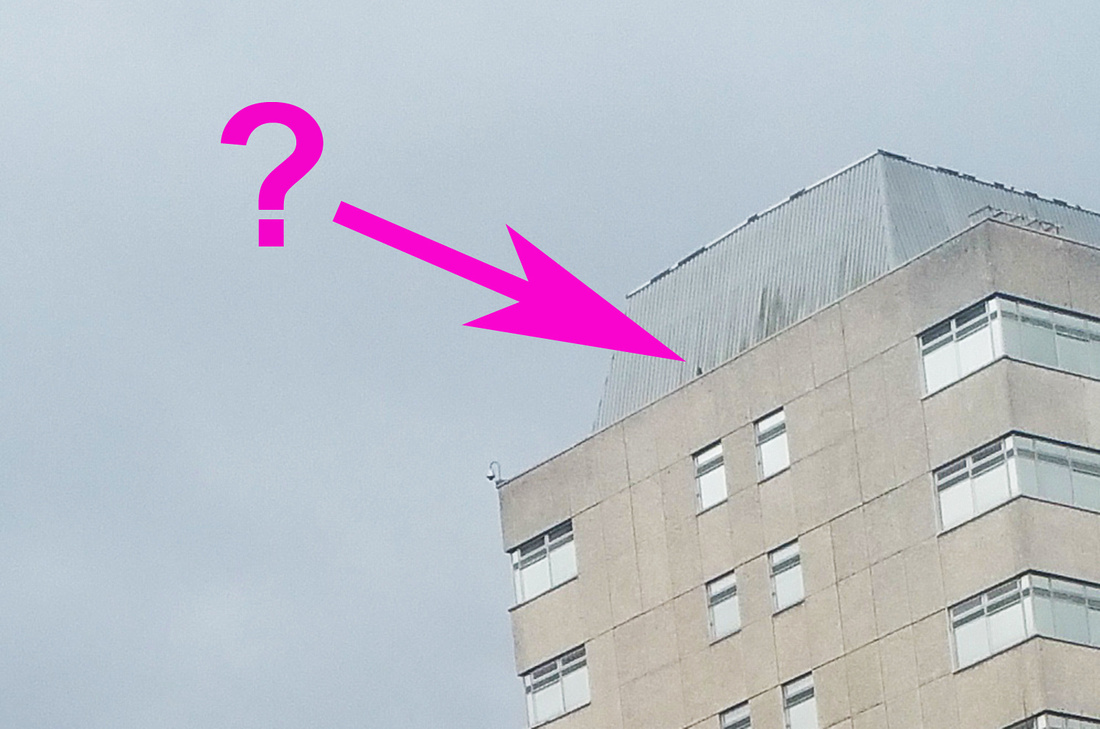 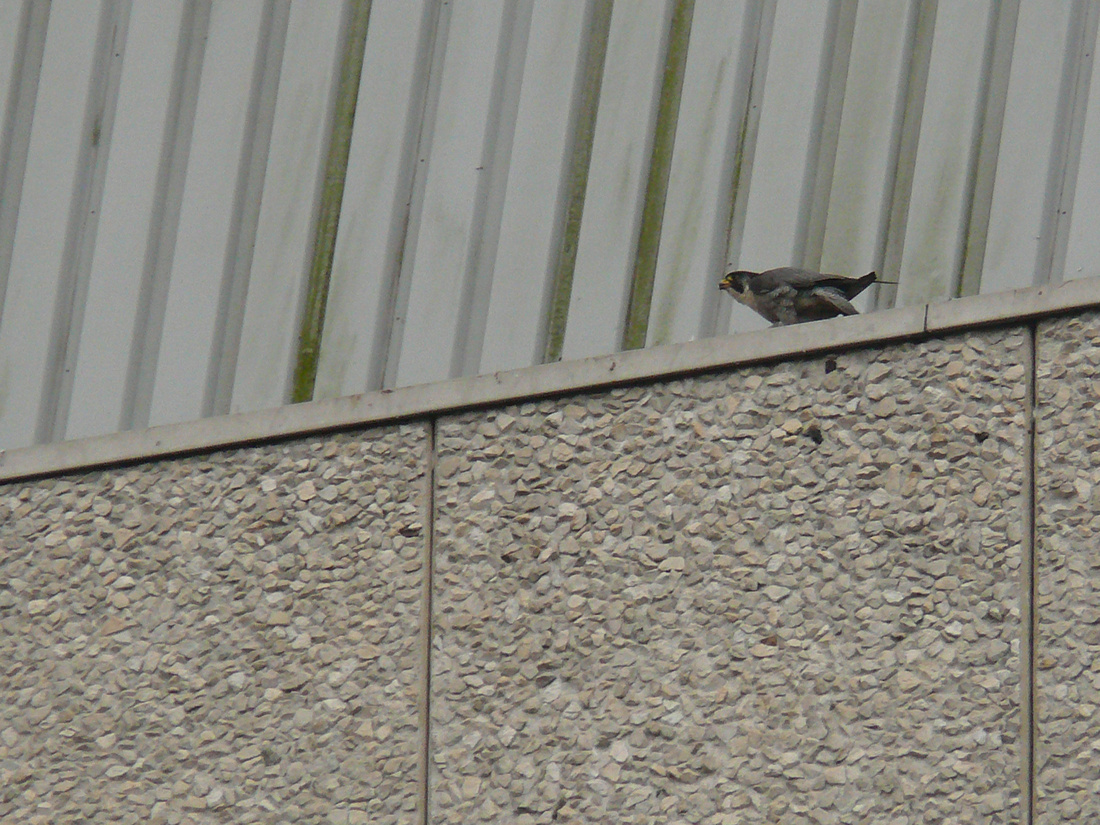 This peregrine (a falcon I’d guess by the size of her, much bigger than the tierce or male) was tucking into what looked like an unfortunate town pigeon a couple of hundred feet or so above my head. 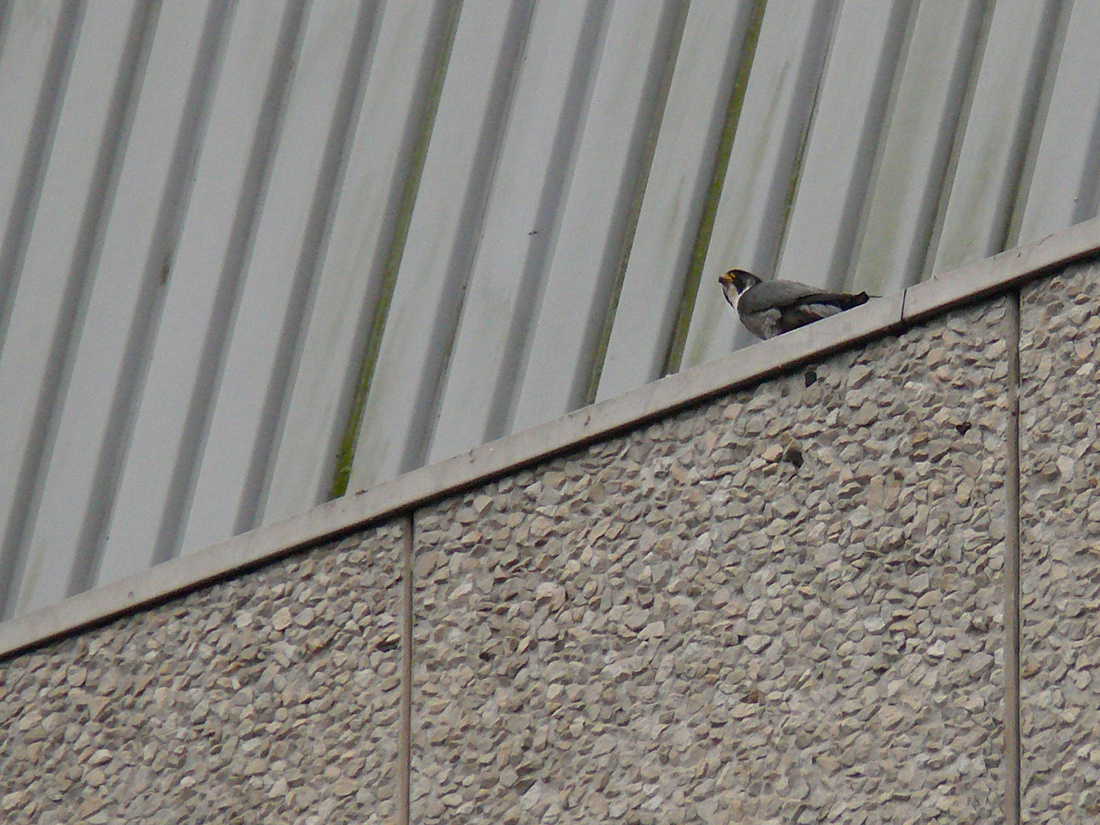 Not great photos I’m afraid (very windy here today, grey skies and almost dark when I took the shots) but it’s great to catch up with at least one of Bracknell’s peregrines and great to know that whilst the rest of my knackered-old-body rusts around me, my eyes remain very, VERY dependable!

Use your eyes, grapple fans.

Use them whilst you can…