Keen-eyed and very regular visitors to this blog website might know I take a country drive as often as I can, but don't have to drive too far to lose myself in little roads, farmland and bluebell woods.

Invariably on my drives, I drive up this particular road - have done for as long as we've been here. I've also used it as a starting point for runs around the countryside and may well do again if my back ever allows me a return to such activities!

It's a short, single track, country road. Its 800 yards long (exactly) moving from west southwest towards east northeast for the first 600 yards or so and then curving round to point south southeast for its last 200 yards. Its nondescript. You'd drive right by it if you didn't know it was there and didn't have to drive down it (not many do... it doesn't leas anywhere particularly exciting).

But with its large number of huge and gnarled ancient oaks on either side (providing a boundary to farmland) and with its distinct lack of human activity... I find it an absolutely beautiful road and has given me hours or even days (and nights!) of pleasure in the last five years. It's my very private escape. Its where I go to lose myself.

If I want to see a song thrush, I only have to drive the two miles or so to this road and I'll invariably see one. A shame I have to drive at all to be honest, time was a few years ago now mind, when I only had to look out of my bedroom window to see these prettiest of thrushes.

The blackthorn blossom along this road is stupendous in early spring, the colours in autumn are spellbinding and I've even watched two escaped whooper swans graze from a field beside this very road - twice! Something no-one would expect to see.

You'd like to know where it is I'm sure.

You know what... it's closer than you think. It's probably that road that you've driven by for a decade. That road you've always wondered about but never driven down. That road only a mile or so away from your house.

That's the same road.... only my version is a little nearer my house... and I HAVE taken the time to wander down it. Regularly. With my eyes and ears wide, WIDE open.

Because I love this 800 yards of tarmac so much - and after it blew me away again yesterday with its stunning autumn colours in full blast, I thought I might start blogging about it (how it looked each month, what I saw on it each month etc).

I've decided to call this series of (very short) blog posts "800 yards of 'mac" and today's post will be the first of perhaps twelve, if I keep this up as I hope to!

I slipped a disc in my back on the last day of September this year and have hardly driven (for obvious reasons) since. That said, I did manage to drive up to the 800 yards of 'mac yesterday and was bowled clean-over by the colours on show.

I've been visiting this particular stretch of tarmac for 5 years now and have never seen such spectacular yellows on either side of the road so I drove back home to grab my camera (another thing I haven't done for a month - I've been taking photos for seven years now but I've only had one month in that entire time when I've not taken a single shot - October 2016 - which probably demonstrates to you just how bad my back injury was!) and return to grab some autumn colours on "film".

It was sunny but a very blustery day indeed yesterday - in fact I heard a few mini tornadoes hit the midlands a hundred or so miles north of us here in rural Berkshire.

The yellow leaves were being ripped from the trees and blown through the sky like a ticker tape parade.

The honey bee colony was predictably devoid of life in November but the blue sky (with scudding clouds) was full of backbones. Noisy black-headed gulls in their white winter garb seemed to be enjoying the wind and the omnipresent and even noisier jackdaws were "dawing" their derision at these intruders.

It was lovely to see plenty of fieldfares fly down the road in front of me - they seemed to be taking hawthorn berries from the good number of bushes on either side of the road and resting en masse in the bare(ish) fields next to the road when their crops had been temporarily stuffed. Maybe I can expect waxwings later in the year if the fieldfares don't gobble all the scran beforehand?

No foxes today (not the right time of day), no rabbits (ditto), no owls (ditto), but a lovely thirty minutes or so spent on the 800 yards that I don't think I've seen look lovelier. At least not in the last 62 months.

I may blog again on this 800 yards of 'mac in December, but for now... four of my photos of the 800 yards in November (yesterday) can be seen below. 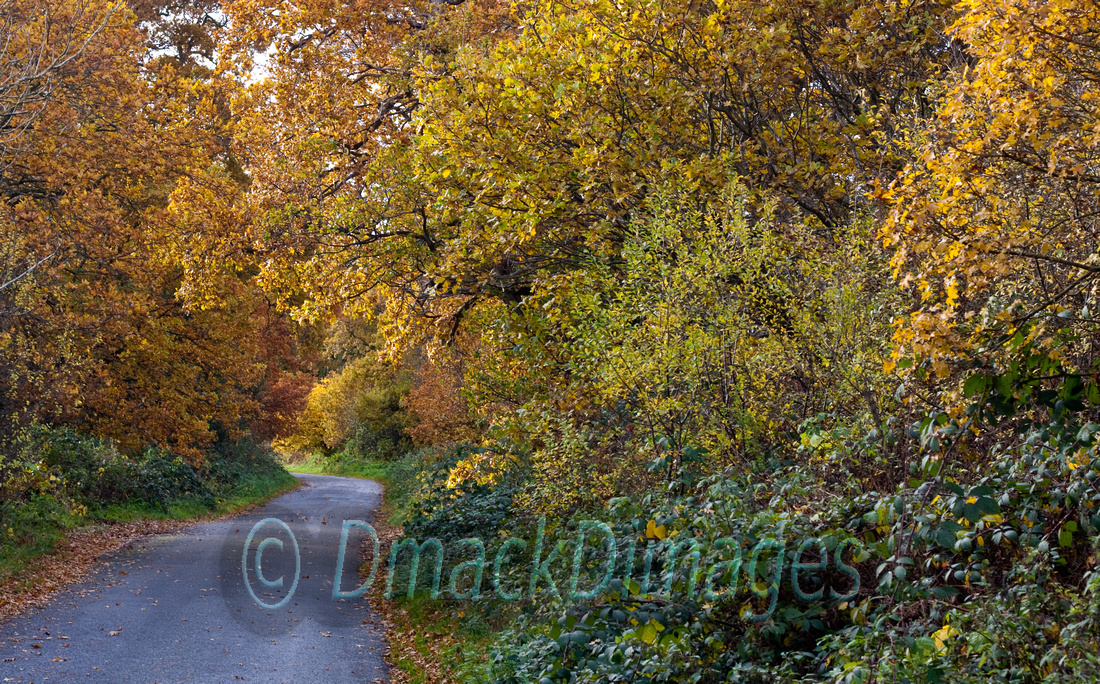 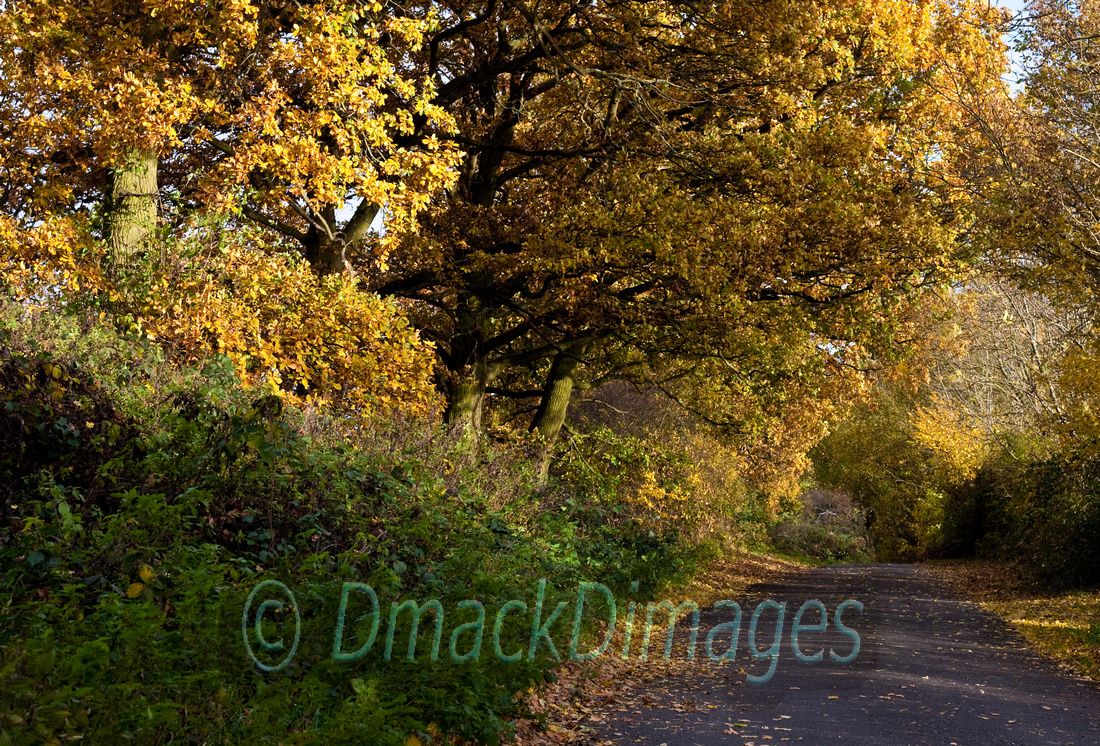 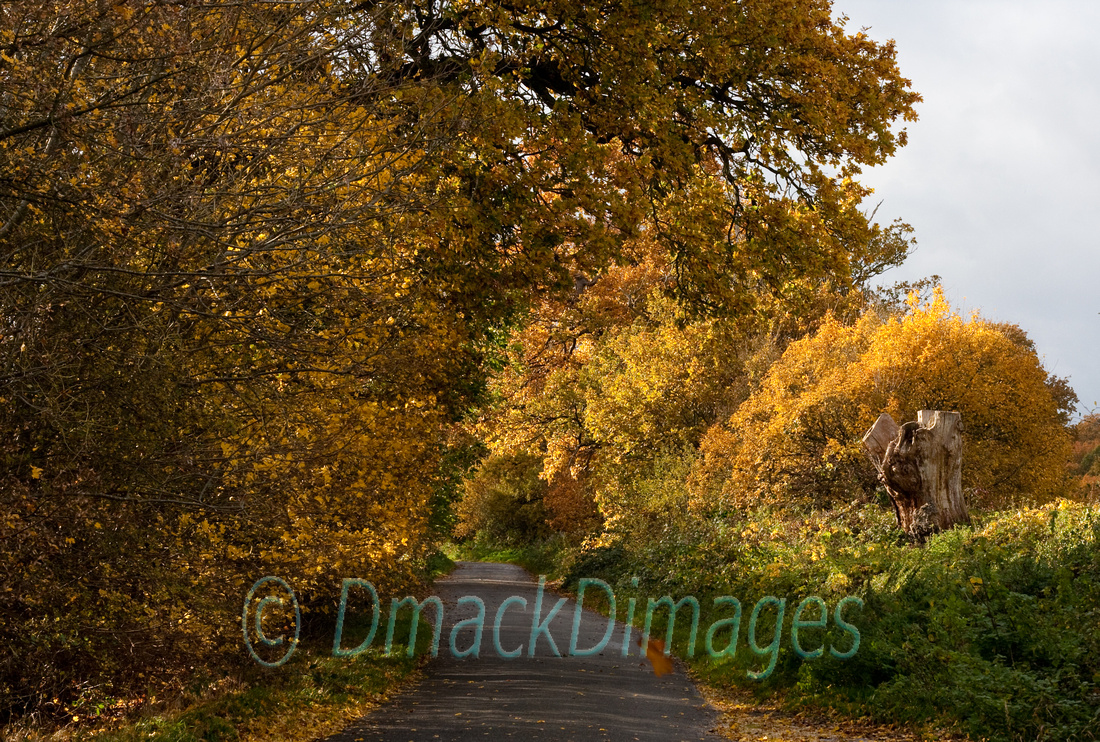