View from the Ridgeway. Winter.

I spent May and June last year impatiently shouting and swearing at swifts for not even really bothering to check out my lovingly-created (at great expense!) swift boxes and spaces.

In 2012 and 2013 I spent three months (in each year) impatiently muttering obscenities under my breath at swifts for yes… checking out my swift spaces, but not venturing inside them.

Last year at least, the skies were blue for a great deal of time above our house and I also managed to turn the air in our back garden pretty blue with my impatience and occasionally, unbridled rage!

That’s certainly one example of my impatience with wildlife – I could give you many, many others!

At this particular time of year, each year, I become incredibly impatient with the world, the weather and our wildlife. It is an exciting time of year to get outside and watch wildlife – there’s LOTS going on – but my patience (or lack of it) is tested each February and March.

That said, this year at least, it’s good to note already that unlike almost all Februaries, we’ve not had that many commentators on various websites and newspapers expressing their utter astonishment that they’ve “seen daffodils flowering already” (“must be global warming” they say rather than finally, (Jesus wept… FINALLY) realising that many daffodil varieties are actually bred to flower in the winter – and have been doing so for years and years and years and years (you get the picture)).

Winter 2014-2015 is still with us (unlike winter 2013-2014 which never even made an appearance), and it will be for a month or so still, but I’m getting tantalising glimpses of its passing. It just needs to hurry up now!

For 4 or 5 months or so (November to March) our heavy clay garden becomes waterlogged (when the trees stop “drinking”) which means I put a fair amount of sharp sand down to enable me to at least walk on parts of it.

For two months (December and January) two-thirds of our garden remains in the shadow of our house and often frozen – but at least now, at this time of year, all but a fifth of the garden is now sunbathed. If only the trees would start drinking and the worms would start working the sand into the soil for me (as they do each year), then that would be a sodding (literally) start!

All my swift spaces are clean, tidy, checked in terms of cameras working in them and blocked in one case – as a pair of starlings had already started to nest in the spot they nested last year (our soffits). I know starlings need nest spaces too and indeed are undergoing a worrying population decline in the UK – but I’m going to give “my” swifts back that soffit spot this year as well as the other spots – internal and external boxes.

We’ve still got about ten weeks or so before the swifts return. Ten weeks?!  *Twiddles thumbs*.

We’ve had our first movement of frogs back to our pond a few days ago.

With us, many of our frogs (and we do have many left, even after our free range hens have taken and eaten lots) overwinter in our front garden, crawl under our side passageway door in February or March, jump along our side passage and get into our back garden pond that way.

The other night after finding my first big female frog  of 2015 in the side passage, I quickly scanned the pond with a torch and counted 2 big females and 6 croaking males – there’ll be plenty of others I didn’t see I’m sure.

Last year  (a much warmer winter of course) we had our first big “irruption” of frogs into our pond in the first week of March and the first spawn on the 6th – so we’re nearly there now… if only we’d just hurry up!

I do hear that people on the south coast (including my pal @wildlifestuff) have frogspawn now, so it shouldn’t be that long before our pond here, (in the southern county of Berkshire after all) will join that particular club.

Toads will also be on the move soon.

As I’ve blogged before here, a wet night with temperatures of at least 7c (or preferably 9c) from mid February onwards will send these lovely critters out of their winter woods en masse, back to their traditional breeding ponds and lakes.

If only they’d start moving now – I’ve had enough of winter!

Our deciduous trees and shrubs in the garden(s) are still skeletal. Oh sure… they have plenty of buds on the go – but my favourite tree here (our big poplar) only unfurled its first tiny, nascent leaves on the 16th March last year. That’s still almost four weeks away. Am I going to have to wait that long this year?

On my travels (locally mainly) I see many birds pairing up right now – and some even nesting.

On a brief walk yesterday afternoon in glorious sunshine, I watched two green woodpeckers (male and female) court around an obvious, favourite tree. House Sparrows, blackbirds, many waterbirds, pigeons and of course owls (which reclaim their territories very early in the year) are all starting to “move”.

If only they’d move a bit faster now. I’m bored of waiting!

The local foxes (next door to us, unfortunately) are still in full winter breeding mode with the vixen wailing like a bleeding banshee every other night. That particular sound literally screams “WINTER!” to me – but enough is enough– can’t she just put a sock in it now… and allow spring to take over?!

The first queen bumblebees of the year were clumsily bumbling around the garden in the sun yesterday (although I’ve seen the worker buff-tails all winter). A promise of warmer days and insect awakening. If only the furry gits would get a jog on now. That’d be nice!

You’ll have now come to the conclusion that I am not winter’s greatest fan.

But most years I do try and make use of a few good things about the cold, dark months. 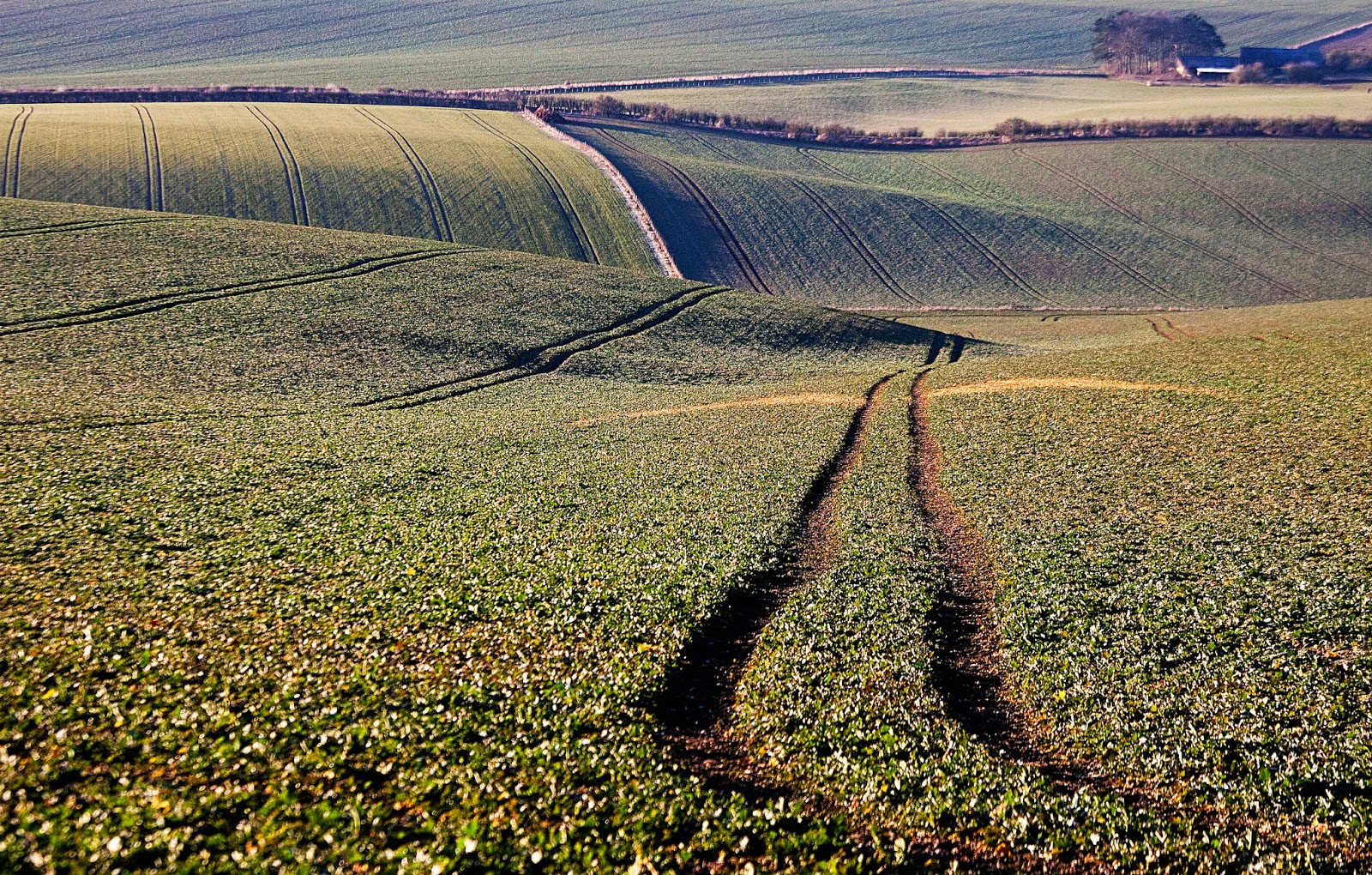 ...between West Berkshire and South Oxfordshire, to make use of at least one good thing about winter down here – the fact that a good number of (northern) short-eared owls overwinter on the tussocky, scrubby gallops of the Ridgeway – the only time I really get to see these spectacular birds.

I saw plenty of grey partridge yesterday, up on my annual Ridgeway owl trip at dawn yesterday - plenty of corn buntings, yellowhammers, skylarks, red kites, linnets a raven and even a kestrel take a vole from right under our noses. I can still hear that vole squeaking in "terror" as it was carried away to a fence-post.

Oh I’m sure they haven’t left for the bleak northern moors just yet – but they were just huddled down in scrubland only accessible if you wander across the gallops – and I don’t like doing that for a number of reasons.

I don’t like to disturb (or flush) the owls at all, the gallops are private property anyway and to wander across them would at least be a civil offence if not a criminal offence. Lastly I don’t really want to put myself or any horses or jockeys in danger.

So I tend to rely on seeing these diurnal owls hunting from a distance each time I go up to the Ridgeway during the winter, or perching on a tree or post at the edge of the gallops (and the  photos below I shot of these owls, from a distance a few years ago). 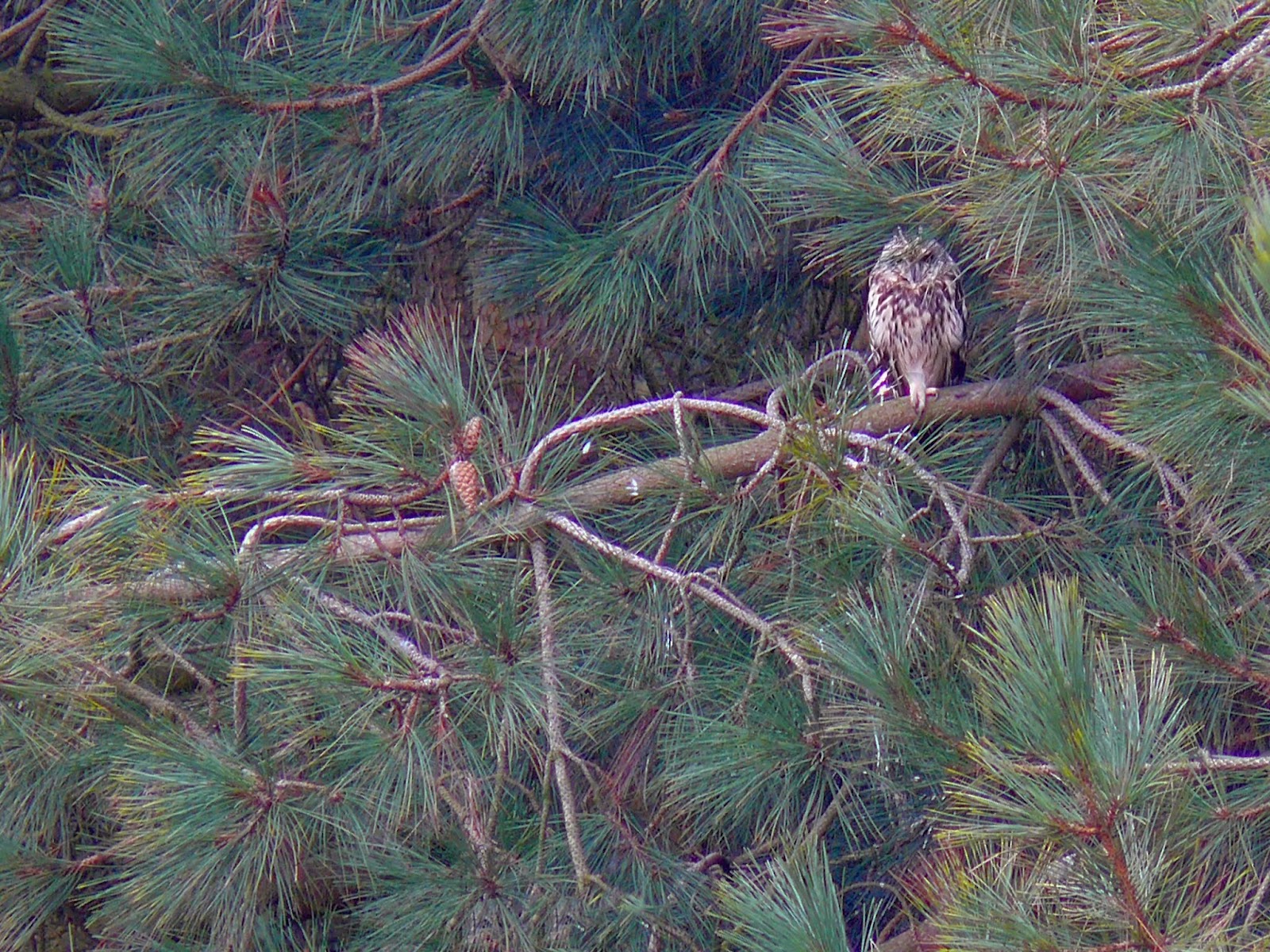 None were giving me such a sight yesterday morning.

In that case, as far as I’m concerned then, they can all bugger off back to the north!

Maybe next winter when I visit them down here again, they’ll behave a bit better!

There were plenty of hares visible on the fields of the Ridgeway yesterday though – and all gearing themselves up for their boxing season – which pretty well starts now. I do like hares – beautiful things – and the mad March hare antics (very harey sometimes) is a delight to watch, if not a reminder that we’re not quiiiite out of winter’s grasp just yet.

Come on hares – ring the bloody bell will you? And get your seconds out of the ring!

Winter doesn’t officially end until the end of the third week of March and for me, not really until the Boat Race, Grand National and Masters golf tournament are done.

Then I can finally ditch my beanie hat(s) for 8 months or so and pull my shorts and sandals on.

I’ll wait. Because I have to wait.

Doesn’t mean I’m happy about it though! View from the Ridgeway. In winter.