Well.... this was going to be my last "Operation noctua" report for the year (as 26 is both my and Anna's lucky number and is engraved on both of our wedding rings)... but I think I may push on for a week or two yet.

I still haven't managed to go and see the owls as much as I'd have liked recently (what with one thing or another) but each time I have driven the three or so miles to their patch, I've been rewarded with views of at least two of these strange wee birds.

Yes.... as described before, they (all?) seem to have decamped from a) their nest box and b) their spring shed and set up residence in the male's winter HQ - an identical cattle shed (silage shelter) across the single lane track from their breeding tree.

A pair of stock doves might well have taken over their nest box (I've seen one sitting in the entrance to their box and one sitting right outside a number of times). Little owls are VERY messy nesters - I expect the inside of their nest box will be incredibly smelly soup right now - but maybe our family are less messy than most little owls and the stock doves fancy a second (or third) brood now that the owls have left their box. (Pigeons and doves are pretty-well all birds that have multiple broods in a year, unlike the owls which will put all their energy into breeding once a year).

The farmer has moved his black cattle into the little owl breeding field (where the box is) and this means I'll not be able to access that field easily any more - at least - not in the day time. The cattle will spend the rest of the summer and most of the autumn in this field I expect, munching on a lot of nice green grass  - then they'll be moved inside come the cold weather and feed off the silage collected at least twice so far this year from the same field.

I have reinstated the trail camera on the owl's preferred cow shed now - where they seem to be spending a lot of their time. I have no idea if the trail camera will survive this move, or pick up anything of interest - we'll see.

If it does pick up any half decent footage, it will be interesting to see if I can still tell the differences between young owls and adults - and I will upoad any HD clips here of course....

The photo below was taken this morning and shows a youngster I think (but to be honest it could just as easily be an adult) sunbathing in the morning sun. 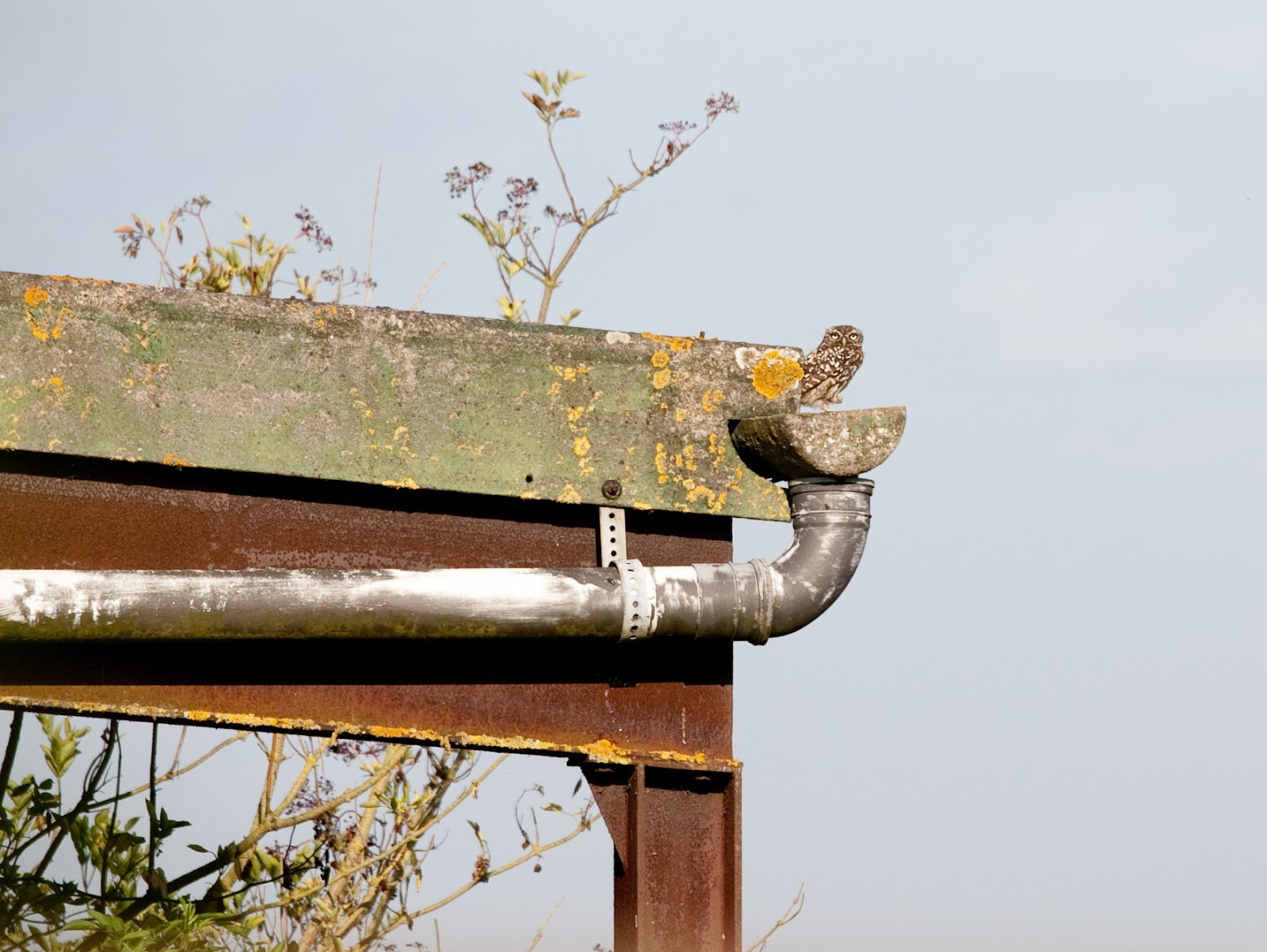