As predicted several times over the course of the last few months, the owlets have appeared bang on time (I predicted by the middle of June) and I managed to get a few sneaky photographs this morning in the soft, overcast light. 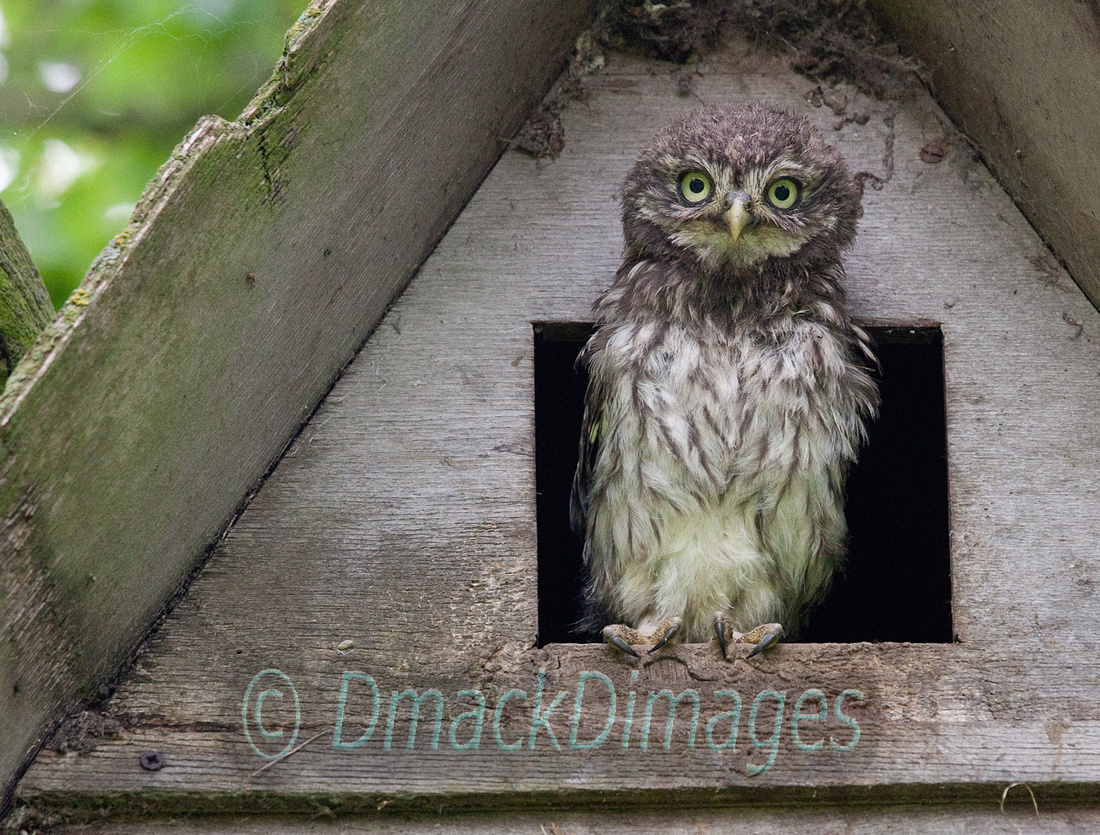 I thoughts I first saw one of the owlets appear at the entrance of the nest box in the evening of 6th June (last wednesday of week 16) and tweeted that thought (on twitter).

It was difficult to tell though (in very poor light and some distance) and it was only when Anna and I went up to the farm to collect barn owl pellets (for her biology lessons (she's a biology teacher for anyone who doesn't know)) that we became pretty certain that little owlets were on show.

I watched the box (the nest box that is) for a few minutes this morning and realised very quickly that the owlets were becoming very inquisitive about the "outside world".

One was pretty-well constantly stood at the entrance of the nest box as both parents quietly sat on the shed roof 50 yards or so away (taking no notice) and another owlet (there are at least TWO) bounced up and down in the box behind the dominant young bird, in a desperate bid to join its sibling at the entrance (with no luck - there's only room for one owl at the box entrance).

I made a decision to :

b) Try for a quick photo of one of the young by rigging up my SLR with a radio remote and hiding in the long grass 50 yards or so away.

I didnt have to wait long - maybe ten minutes - up popped one of the young, I got a few precious photographs and then quickly, quietly took down the camera and moved out of the field.

Within five more minutes, the young owl (or a young owl anyway) was back at the box entrance, so I was confident I'd not unduly disturbed them.

Well.... as I've said, the trailcam is in place (I'll leave it there for a week maybe) but I am absolutely delighted to report this morning that after four months of watching this owl family (since early February), that we have at least two young owlets - and delightful they are too... 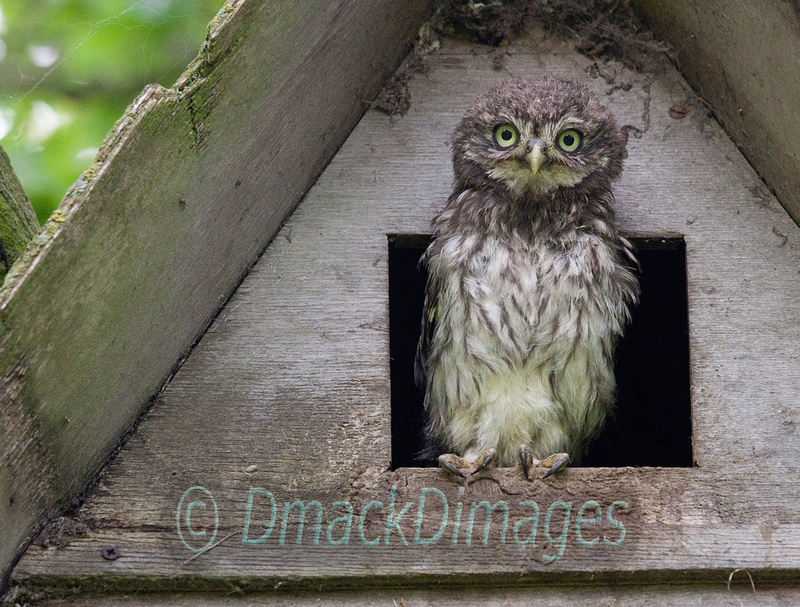