Snakes in the grass

I was going to blog today on a few different subjects (see blog above for those) but as I stumbled across a meadow of snakeshead fritillaries on a riverside run during the week, I thought I'd write soley about these beautiful and rare wild flowers in this entry.

Snakeshead fritillaries have been recorded in the wild in the UK since 1737 (strangely late for a "native" flower) but have been known to be cultivated as a garden flower since the end of the sixteenth century. This had led to some debate as to whether this plant is strictly native or an escaped alien - but many people do maintain their status as a native plant - and one of our more beautiful and rare plants at that.

I am trying to run two miles a day at present to burn off this dreadful lurgy I have (as well as pretty-well limiting myself to a caffeine-free, gluten-free, red meat-free, alcohol-free diet) and it was on one of my short runs at dawn last week that I ran past a meadow full of snakeshead fritillaries.

They're not a plant I've ever seen before (despite living near one of their reputed strongholds - the Thames valley, specifically the Oxfordshire Thames valley) but they are a very distinctive plant indeed, so I immediately knew what they were (rare that, for me to know immediately what a plant is.... a botanist I am not).

I vowed to return with a camera - and that I did this morning, to photograph them as the sun rose above the river (Thames). 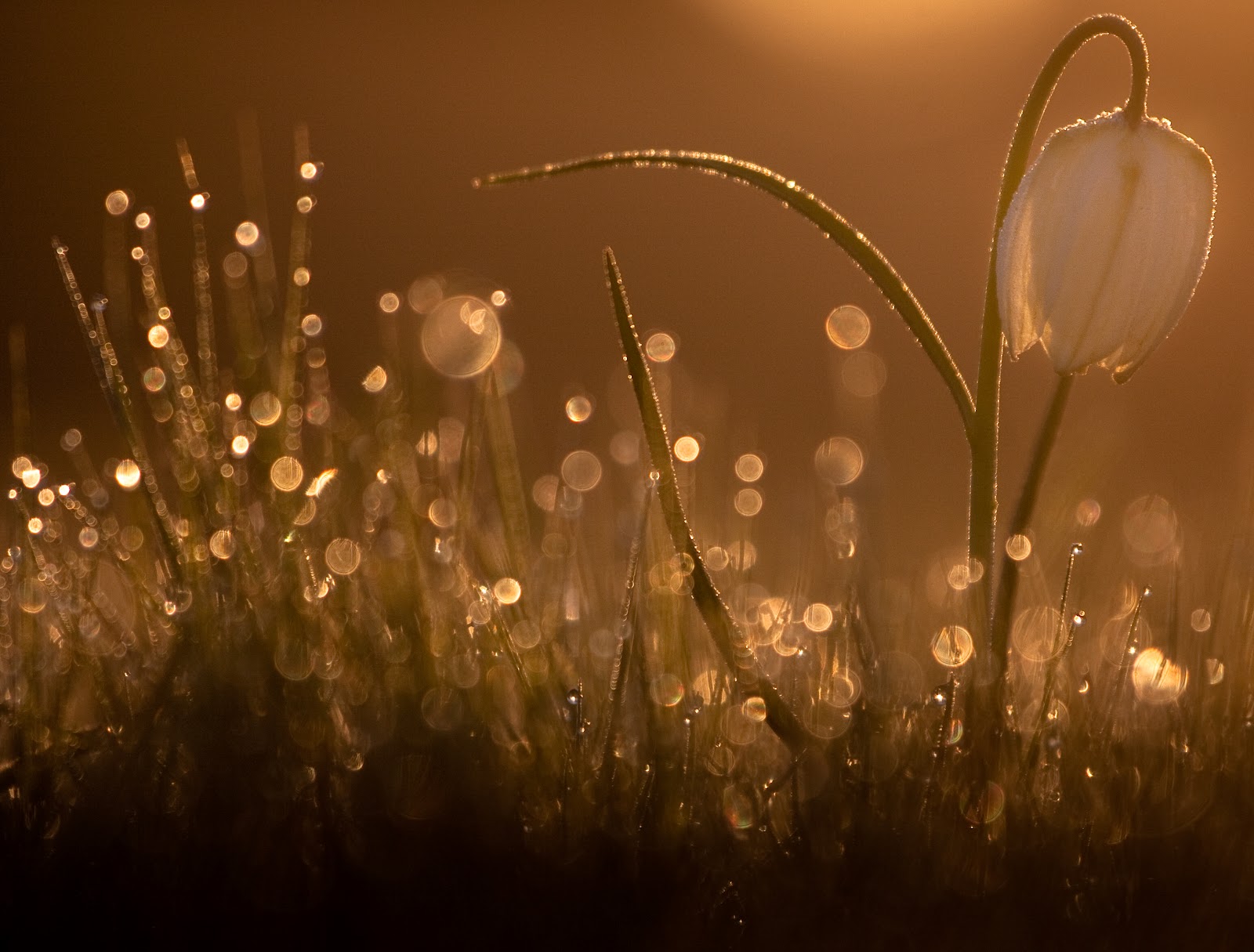 Snakeshead fritillaries have beautifully chequerboard-marked flowers in purple (or white with purple watermarks) and flower at the same time as bluebells generally (in April). Their latin name (Fritillaria meleagris) literally means fritillary which is spotted like a guinea fowl and their common names include "Frog cup" or "Leper lily" (as the flower heads are said to resemble the bells which lepers kept around their necks in parts of the midlands, sorry, middle east). 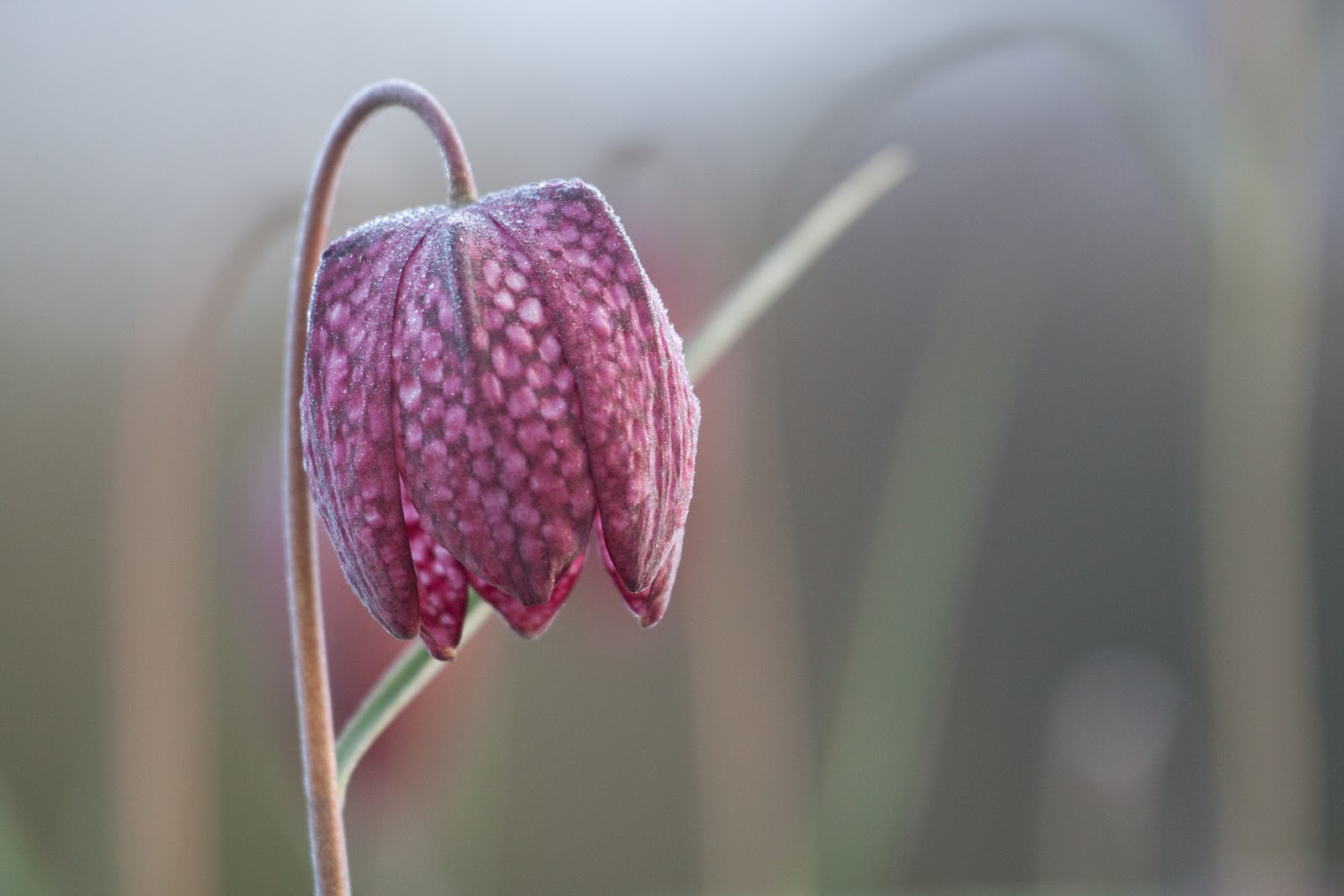 The native flower is famously on show in Cricklade and celebrated once a year on Fritillary Sunday in Ducklington (near Witney).

Now I was jusssst about in Oxfordshire when I spotted my fritillaries in an uncultivated flood plain - and I feel very lucky for having done so. 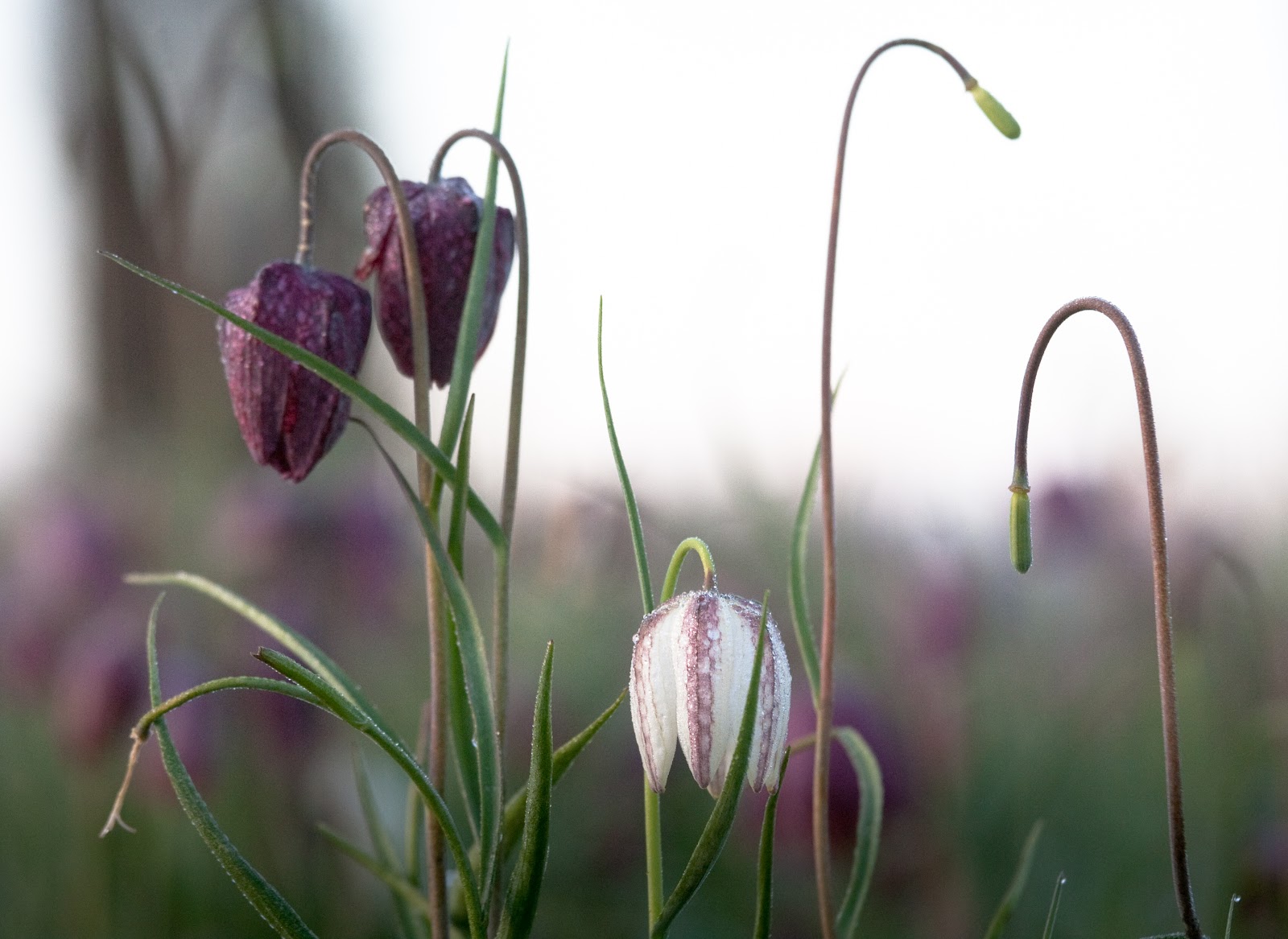 NB. All photographs were taken by me in the secret flood meadow at dawn this morning.