As described here, this week has brought a realisation upon me that there is more to see in the surrounding fields, heaths and woods than little owls - so I've not filmed them at all this week and given them a little space.

That said, I have driven by pretty-well every day and made sure all is ok in "owl-ville"- all does seem to be ok.

There seems to be a distinct increase in interest in the owl box now though, rather than just the shed - which is about right (overdue some might say) and points to the fact that this pair of little owls will almost certainly attempt to successfully breed again this year.

During the first six weeks of "Operation noctua", both adult owls seemed intent on roosting in the shed - and only appeared to show a lasting interest in the box* when the box attracted stock doves and kestrels.

Now though, there is almost always one of the owls (the female I assume) on the tree where the box is situated or in the box itself.

This is good news and I've not seen either of the kestrels or doves this week - the little owls have won that battle it seems.

I have a week off in a fortnight - and although the week will be mainly spent in the garden, attempting to call my favourite bird of all into my newly built swift "des res" (I've not written about that quite deliberately yet), I will find time to sit with the owls and see if I can get a photo or two.

But.... and this is important to remember... I hope that the female owl will begin to lay eggs in a fortnight or so, and to that extent - this is the crucial period for them - I must not disturb them too much now....

The poor photo below, taken from the edge of their field shows the shed they have been roosting in and their box (the triangular structure in the tree), with the glorious (white) blackthorn bush showing so well in the field behind - like it is all over the countryside at present.

There are also both little owls in the photo - small I admit - I'll not tell you where they are - find them if you can.... 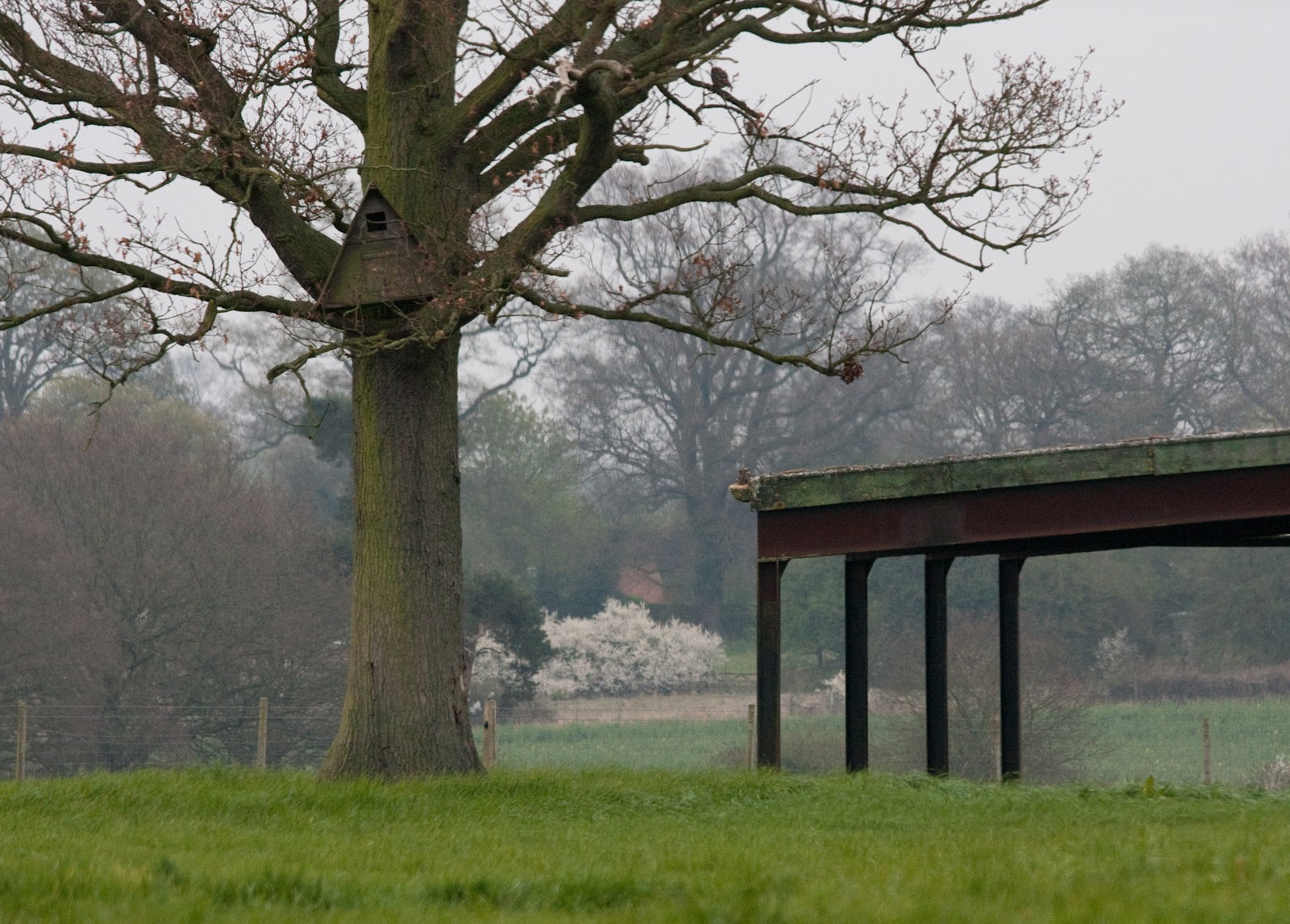