Just a few (4!) days after spring officially begins - and today (Sunday 25th March) we all put our clocks forward.... as British Summer Time (BST) begins. No... I don't make the rules.

So that makes summer... what.... 6 days in length in the UK - actually.... thats pretty accurate most years, so I guess it's right after all!

Anyway... we are now officially keeping time to BST and its always a great joy to suddenly have long evenings thrust upon us - I'm typing this at 7pm and its still very light indeed oot there.

Spring / Summer / Whatever seems to have been with us for some time to be fair. We've had yet another glorious week of weather (fog each day to start and then very warm sunshine with no wind to speak of) and we are due at least one more I hear.

This is nice for now, but the badger cubs due out of their setts in a few weeks will REALLY struggle if they or their mother can't find juicy worms because the ground is too hard.

Summer does seems all around though, even if we are just into spring. The early trees (our poplar and lilac) are budding beautifully - many leaves have appeared on both this weekend, the blue tits are busy dragging moss into their nest box next door, I've not seen great tits or chaffinches so dapper at present, the first mason bee (a male feather-footed flower bee) appeared on the ground ivy in the front garden this afternoon, preceded by the first bee-fly and the first two house-jumping spiders appeared in the house today....

I've even cut the front lawn (and planted strawberries, rosemary, lavender, thyme and mint) whilst Anna has seeded cornflowers, sunflowers and a whole array of meadow flowers ready to transfer to our new "wild flower meadow" come the summer proper.

Less than a month before my favourite birds of all arrive. (Those of you that know me will know full well what that bird is!)

The photo below is of the cattle shed this morning at dawn, with a little owl being filmed by my remote camera (stuck to a dummy telephoto zoom (a bit of guttering) at dawn on the first day of "BST"... 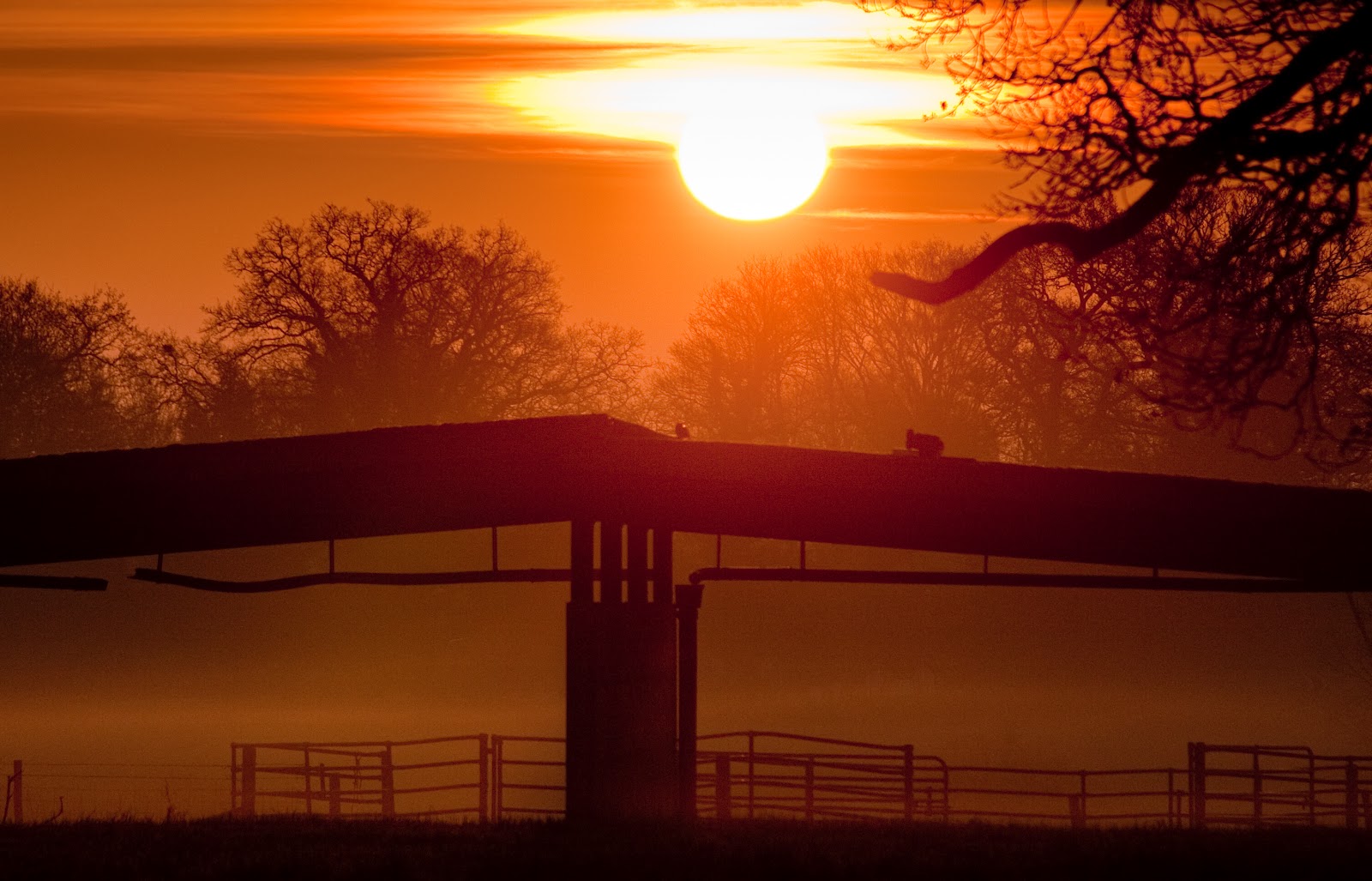