This morning was a morning to remember if there ever was one.

Apt in a way it was also "Remembrance Sunday" - where we can spend a couple of minutes (at least) silently giving thanks to our fallen soliders.

I'll also take 30 seconds on Remembrance Sunday to remember my sadly-dead tom cat - (the) Malu (monstah), who was only 2 years old, poor lad, when he choked on a kibble and died in my arms in 30 seconds flat exactly a year ago. A very bad day for Anna and me.

I drove back to Burnham Beeches at dawn. A cool, frosty, crisp dawn, with low mist clinging to the chilled fields and the sun rising into a clear sky after 7am.

It was one of those mornings I get every so often, when no matter how bad you might be feeling physically (and I've felt much MUCH better), it feels like you're in some kind of Disney cartoon on a morning like this - and you are forced to feel better in a strange, inexplicable way....

I took the back roads to the most famous beech woods in England - and drove slowly under a red kite, sitting proudly on a bare (long) dead elm tree - forked tail pointing down to the roof of my car as I drove under it.

I scattered anting green woodpeckers as I approached the woods and the omnipresent jays clattered into the yellow-green oaks round every blind bend it seemed.

As the golden foliage enveloped the steel blue metal of my little car, three treecreepers flew across my windscreen and immediately started climbing the beeches in front of me. (I've not seen more than one at a time until this morning).

I parked the car in a rutted peaty puddle (the rangers are not keen to open the carparks until after 8am which means I'm not keen either - to wait and then pay them for my time and to park) and wandered around the enchanted forest - marvelling at the colours on show  -  2012 will certainly go down as my most memorable autumn foliage display for as long as I can remember.

I must have had the entire woodland (over 500 acres) to myself this morning as the sun came up - and when I had become virtually drunk on the spectacle, I left - driving under a fluffed-up female kestrel at the spot that I'd driven under the red kite an hour or so earlier.

This autumn is not only going to be famous for the autumn colours though.

Waxwings are flooding into the country this year (it looks like it could be better than 2010 in terms of waxwings in the UK)**.

Jays, siskin and brambling are alll doing the same - as are redwing and now fieldfare.

If you haven't already stocked up your birdfood for winter, please do so - as these birds are on the move en masse for one reason only - their foodstuffs (be that berries, acorns or masts) have failed in the continent - so they've come to good ol' Blighty to feed.

I contacted the BTO t'other day as I am a little concerned that the birds' food has failed here n all - hardly any acorns or berries as far as I can see - or masts for that matter.

Well... the BTO haven't contacted me back yet, so all I can suggest is do what Anna and I did yesterday - if you can afford some bird food - some varied bird food - go get some now! 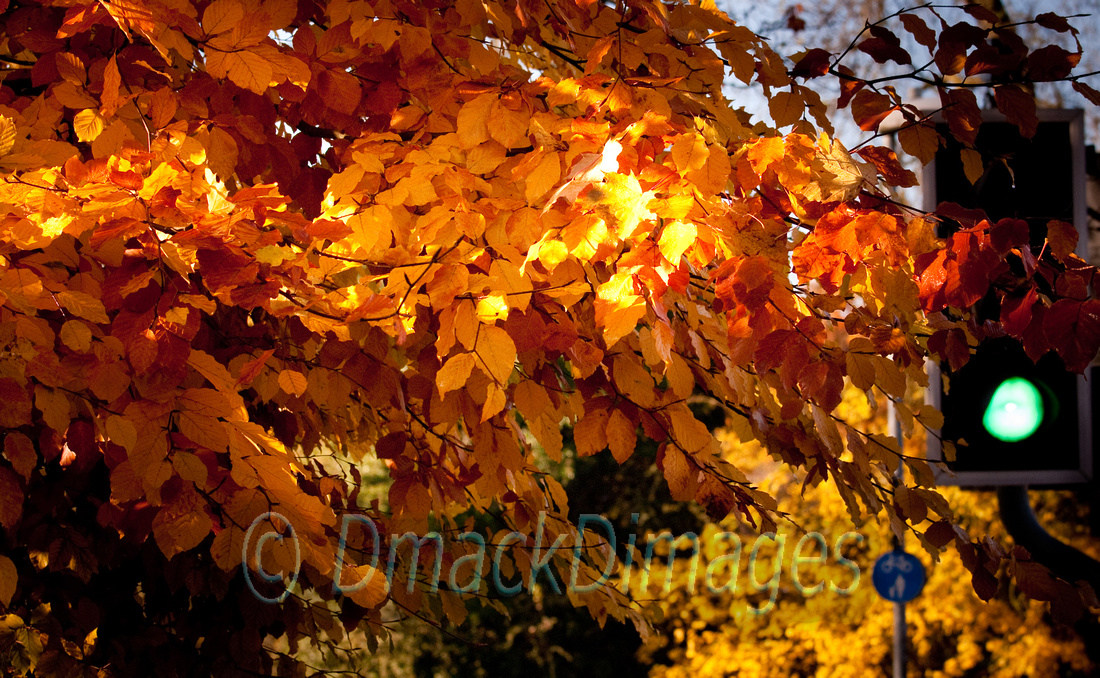 **Berkshire (where we are) still has yet to se its first waxwings of the year (many other counties have had good numbers already) but I'll keep ma eyes peeled and hope to see some soon...

NB. The photo accompanying this post was not taken at the magnificent Burnham beeches but opposite our house about 15 miles away from the woods...